The 2019 general election saw the campaigns of the main parties use moving images on an unprecedented scale. What can we learn now from this barrage of video and social media? 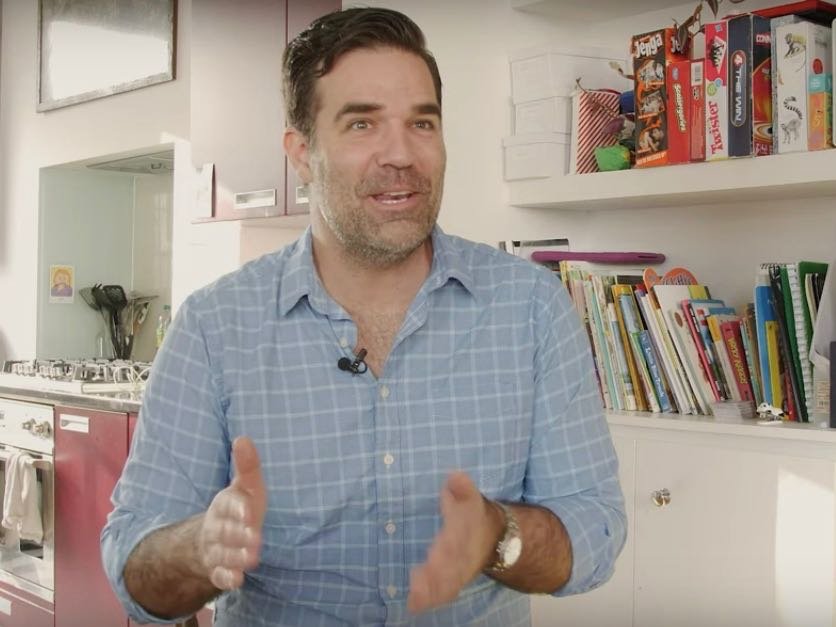 Rob Delaney in a Labour video on the NHS, which was the election’s most watched official video

The 2019 election campaign that reached its dramatic conclusion on Thursday 12 December was, among so many other things, the most film-fuelled in British history.

The moving image has contributed to political campaigns for generations, whether via mobile cinema vans in the 1930s or party broadcast slots televised from the 1950s onwards. But this was something else.

Online video is arguably the key moving image form of our times, and its take up has increased exponentially at every election. Were we able to add together the films distributed online in recent weeks by political parties, allied campaign groups and individual candidates their number would run to the thousands. Add videos by independent filmmakers, satirists and commentators, from alt-right to radical left, and you’ve got many more.

Via video, this was the election that got meta-textual, as when Michael Gove and Stanley Johnson arrived at Channel 4’s environment debate in lieu of Boris Johnson, with camera and sound equipment enabling this video…

…and that got inter-textual, as when Labour MP Rosena Allin-Kahn filmed this Love Actually parody for her local campaign…

Or when Johnson enacted this visual symbolism for the camera…

It was the election where filmmaking was itself subject to political debate when two videos (by the Conservatives) were attacked for what critics dubbed misleading editing. Election films varied in size and complexity from gifs, moving text and animated infographics to vox pops and pieces to camera via stylish montages to mini-travelogues, documentaries, dramas and comedies. Not to mention the many posts simply clipping bits of broadcast interviews for viral purposes: the best bits of one’s own side or, just as often, the worst bits of the other’s.

Films landed on many platforms: Twitter offers us the most publicly visible window on the parties’ varied filmmaking, but video distributed to closed Facebook groups was crucial to micro-targeting the middle-aged electorate, while moving image shared on Instagram and Snapchat was used to attract younger voters.

If filmmaking quality was itself a measure for success, then Labour, together with its influential campaign group Momentum, had a very good campaign. To pick just two productions, many social media users acclaimed the emotive, propulsive power of the editing of Labour’s opening film…

…and of this closing one:

Momentum have become well known for quality videos. Either directly under their banner, or under its filmic influence, Labour was associated in this campaign with a veritable canon of memorably witty, pointed shorts.

Highlights included Boris Johnson vs Intern, Is Batman the Bad Guy?, Past Present Future and the below very widely shared item:

The most elaborate celeb appearance, however, was this SNP film starring Alan Cummings in multiple roles:

The Conservatives had fewer famous folk publicly on their side, though outside their campaign Maureen Lipman revived her Beattie character for an anti-Labour video initially distributed by the Sun newspaper.

While Labour’s films traversed multiple issues, under the banner of ‘It’s Time for Real Change’, Conservative ones generally maintained rigorously tight focus on pushing the ‘Get Brexit Done’ message and warning against Jeremy Corbyn and a hung parliament. This punchy film ran, in various versions, on every platform:

One genre deployed by all parties was ‘multiple voters speaking to camera’, deploying or mimicking user generated content, as in this promo underlining the Conservatives’ main Brexit message:

Johnson himself was highlighted in flagship films, such as 12 Questions to Boris Johnson…

…and through a long sequence of films of local visits – what used to be called ‘photo-ops’ but are now ‘video-ops’ – as to target seat Grimsby:

As noted above, Facebook may have been the crucial battleground – via much, much shorter films. Facebook has more users than Twitter and many more floating voters. While longer videos, sometimes crossing over with the Twitter content, sat on parties’ and leaders’ own Facebook pages, the real action was in paid-for political advertising (which Twitter does not allow) distributed direct to groups representing marginal constituencies or target niches.

Ads interrupt users’ Facebook experience, so if taking video form they often don’t exceed 15 seconds tops. Examples of frequently re-posted ads are this anti-hung parliament piece and this anti-Corbyn one from the Conservatives and this sum-up of the Labour case.

Labour used a higher ratio of films to stills than the Conservatives, including many pieces to camera and montages with a youthful vibe.

Among other parties, the Greens’ big broadcast and online film stands out for stylising the politician-to-camera genre.

Throughout this campaign, film was used how it always has been: to galvanise supporters and win over doubters and sceptics – just on a vastly bigger scale with ever greater variety and ingenuity. Determining what effect it ultimately had is a task fraught with complexity. There will – and should – be debates about not just the impact but also the honesty of video electioneering. What’s not in doubt is that film-fuelled elections are here to stay.