Travel back in time with our incredible Edwardian footage and uncover the origin of the two-fingered salute. 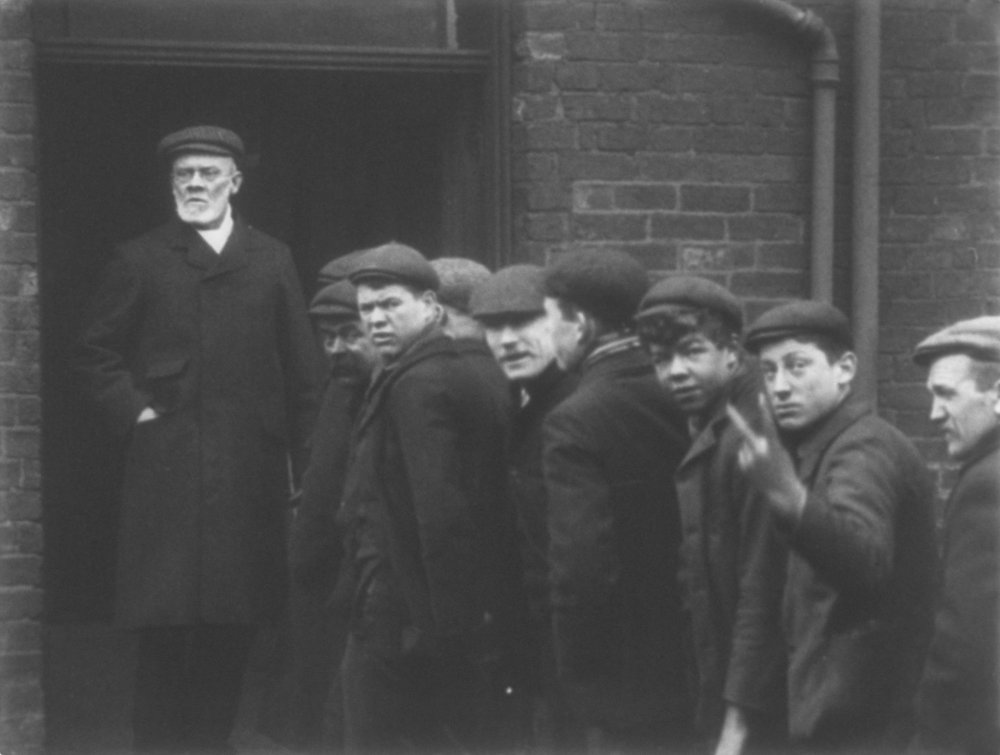 Chances are, travelling filmmakers Sagar Mitchell and James Kenyon never gave a thought to posterity. They were businessmen with a living to make; their job was to capture as many faces as possible with their camera to bring in paying audiences to their film shows. They wouldn’t see themselves as artists, let alone social scientists. But thanks to the conspiracy of flukes that preserved hundreds of their films in a Blackburn basement for nearly a century, that’s exactly what they’ve become.

What were, in their day, ephemeral local entertainments are now vital documents of social history: records of real, ordinary Edwardian life and behaviour more vivid and immediate than any photograph or written account. What emerges is a lively, fun-loving people a world away from the starchy, usually upper-class Edwardians of popular imagination.

A case in point: one surly young steelworker – an unwilling participant in 1901’s Workforce of Parkgate Iron and Steel Co., Rotherham – has now entered the annals as the first person filmed or photographed giving the two-fingered ‘v’ sign. Not ‘v’ for victory – the other one.

The contemptuous two-fingered salute probably doesn’t, as some claim, have its origins as a 15th century English archer’s taunt at the Battle of Agincourt. But thanks to that Rotherham steelworker, we now know that it predates the 1950s, when sociologists Iona and Peter Opie found it in English schools, and certainly the ’70s, when the punks made it their own.

And we’ve since spotted two more pairs of raised fingers in Employees Leaving Messrs Vickers, Sons & Maxim in Barrow (also 1901), proving that the bad habit had crossed the Pennines. Could it even be that films like these helped to spread the gesture more widely? What would Mitchell & Kenyon, the accidental anthropologists, have made of that?