A film-by-film guide to Mike Leigh’s London... then and now

On his 76th birthday, see how the London locations for some of Mike Leigh’s best films have changed since he shot there. 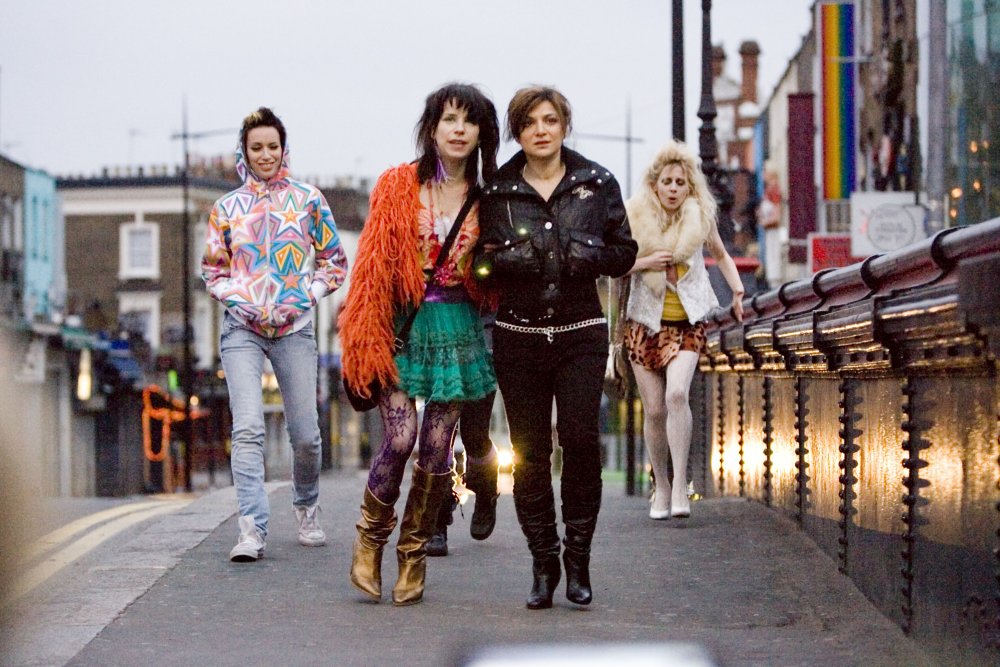 Mike Leigh knows London better than most. He’s studied in London, lived in London and filmed 13 films – basically his entire output – in London. “It is hard to get on a London bus or listen to the people at the next table in a cafeteria without thinking of Mike Leigh,” wrote historian and writer Ian Buruma. “Leigh’s London is as distinctive as Fellini’s Rome or Ozu’s Tokyo.”

Viewing the capital through Leigh’s lens today, you can almost map the entire city, from Soho side streets to Hackney tower blocks. What you see is how much it’s changed in recent decades – countless pubs have been demolished, social housing sold off. Yet Leigh’s films remain a perfect celluloid time capsules of this lost London, its fragmented communities immortalised on screen for posterity.

To celebrate the great British filmmaker’s 76th birthday this month, we’re casting an eye back over the London he captured best. Like the director, these locations surely deserve status as ‘national treasures’. 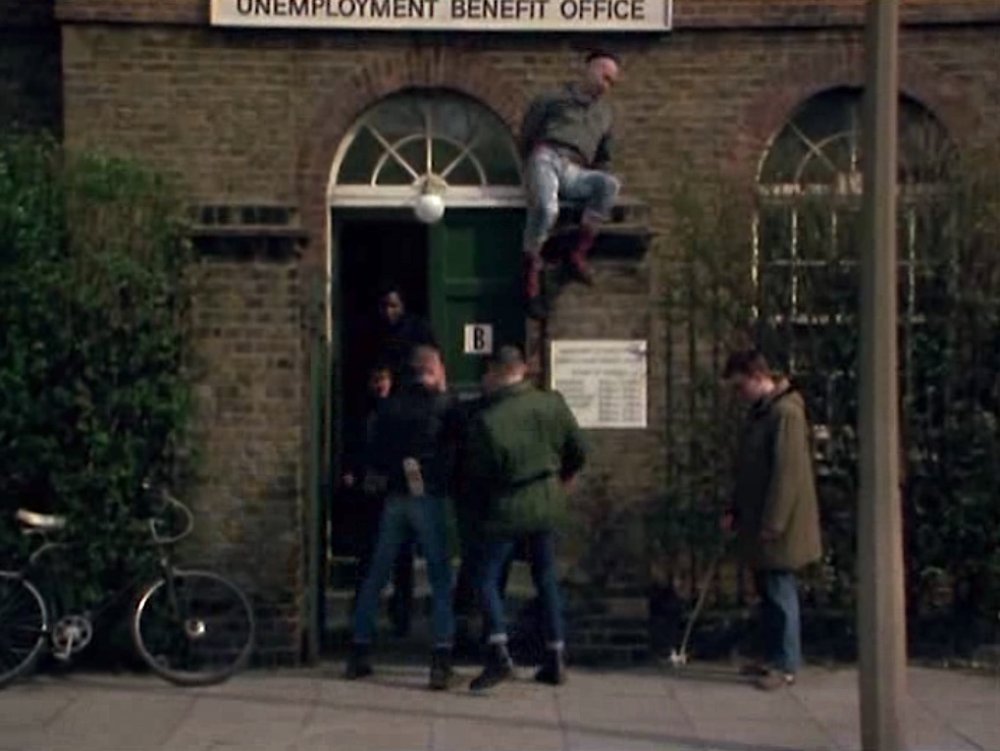 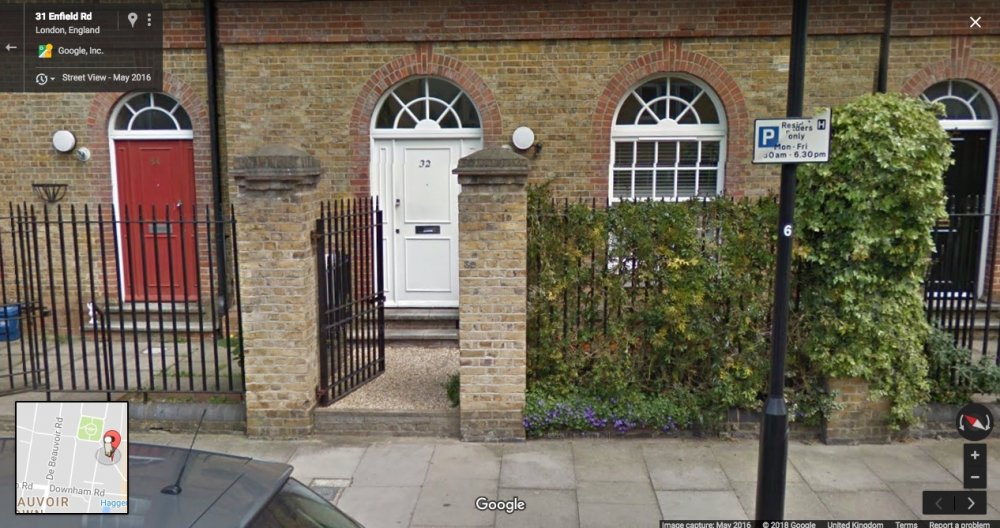 In this early Leigh film, made for Channel 4 in 1983, we follow the hardscrabble life of the Pollock family. They live in a tower block in-between Hoxton and Haggerston, where Leigh shows their struggles during the recession under Thatcher. In this scene, you see Phil Daniels, Tim Roth and Gary Oldman exit an unemployment office. That office is on Enfield Road, down from De Beauvoir Square, and that’s Oldman you see atop a brick pillar, in only his second screen role, as a loudmouth skinhead. Shot in and around Haggerston, Meantime paints a very different portrait of an area that’s now mostly known for yummy mummies and media hipsters. 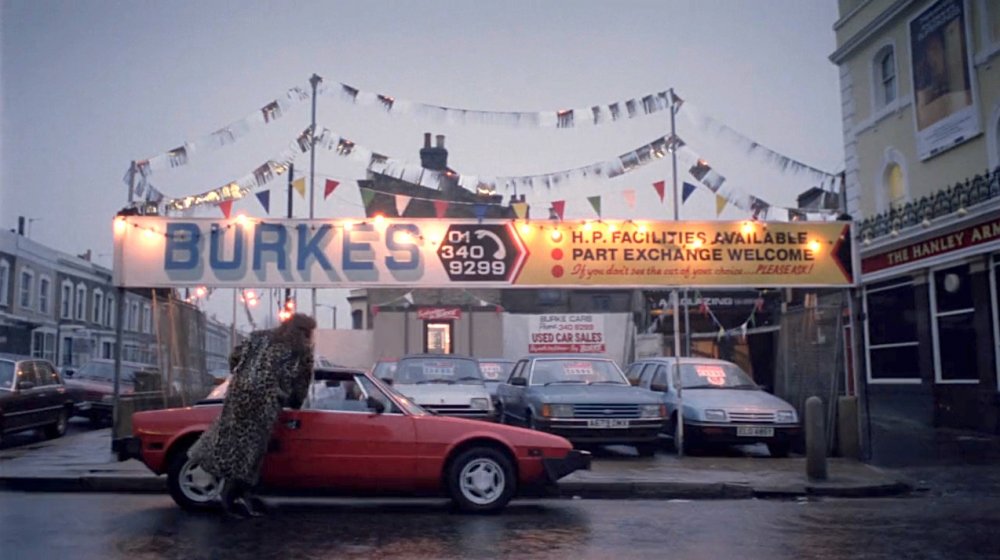 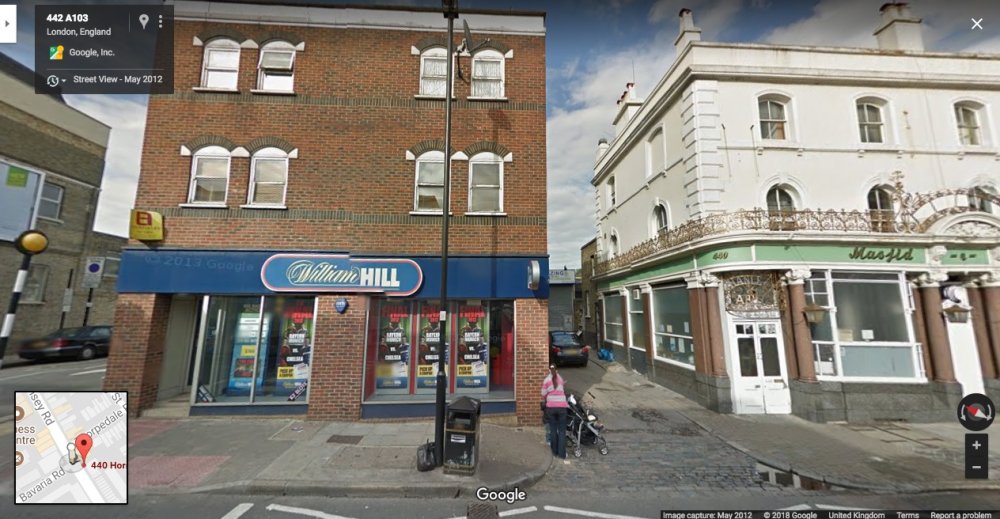 In High Hopes, another London-set family tale of working-class life, Valerie (Heather Tobias), an eccentrically dressed social climber, visits her car-salesman husband. His business is right next to The Hanley Arms in Upper Holloway. The pub, not too far west from Emirates stadium, shut its doors in 2007 after a century and a half of pouring pints. It’s now used as a mosque, though the building itself hasn’t changed much: wrought iron still wraps around the entrance, the doors and windows much the same. The car sales business next-door has long gone, only to be replaced by a… William Hill. 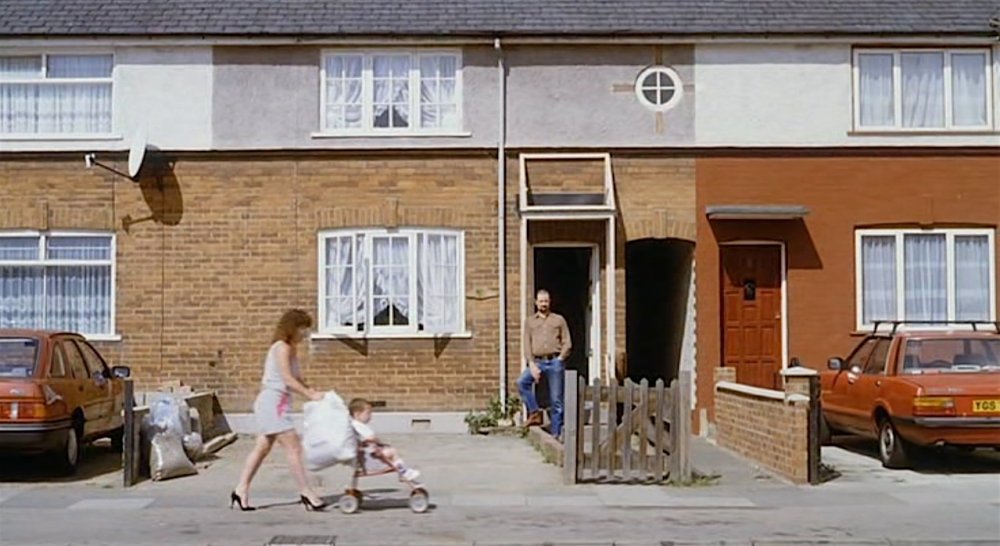 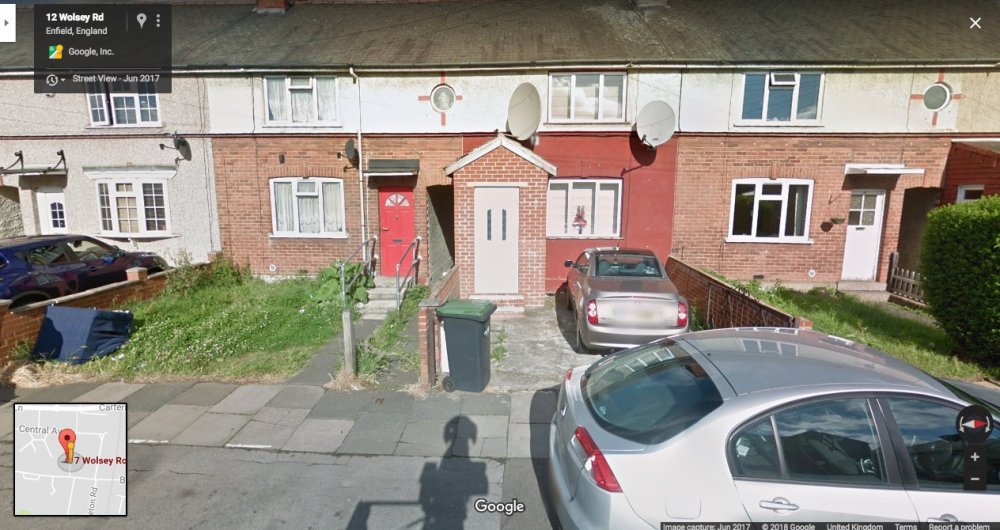 Leigh’s early 90s comedy follows the life of a dysfunctional family in a suburb of north London. In the film – which mostly centres around the family’s home at 7 Wolsey Road, Enfield – Jim Broadbent first appears leaning against his front door. His wife comes home. “I wish you’d do something with this porch; it’s embarrassing!” That porch, which you can see to the left of the passageway above, has indeed changed. The gate has disappeared, the door has been painted red, and there’s now a handrail guiding you to the door. There’s also zero trace that Nicola or Aubrey ever set foot here. 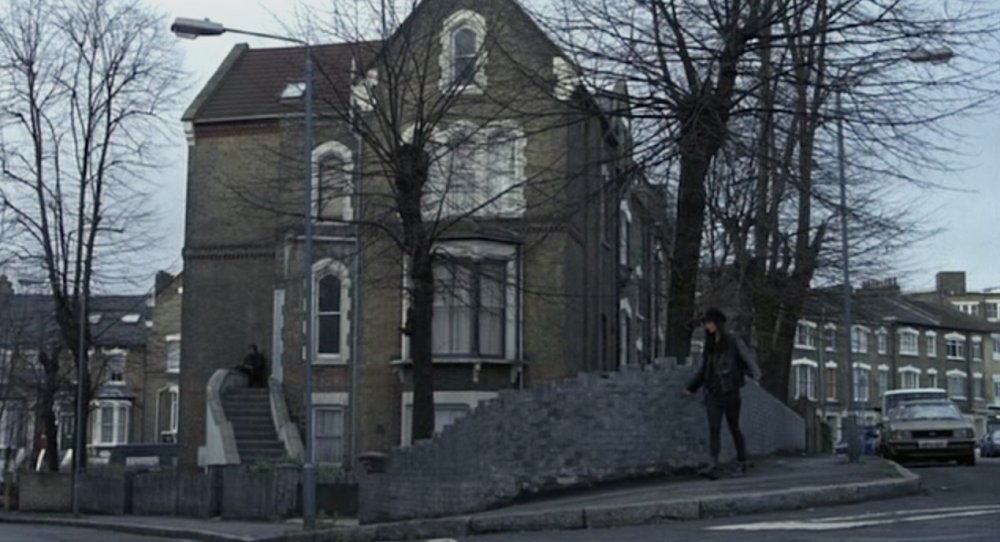 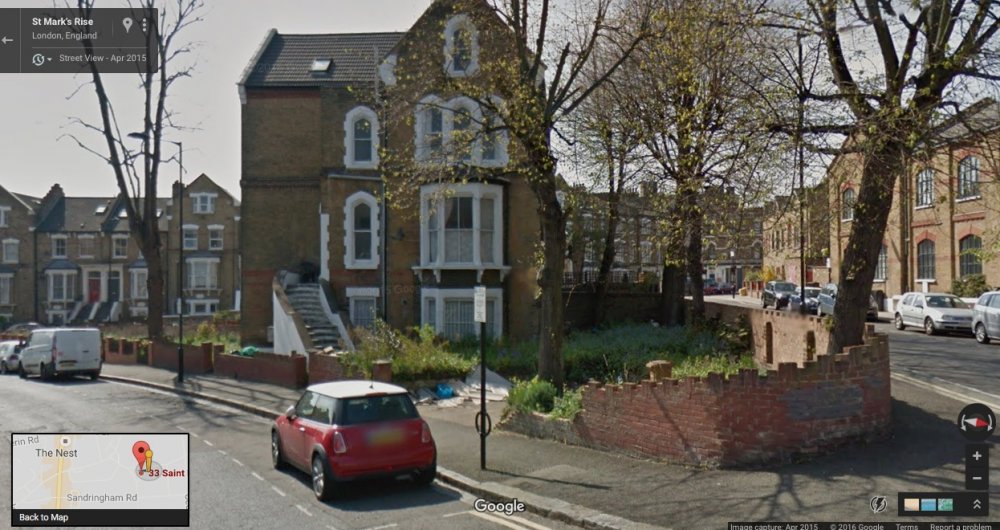 Of all the London locations featured in Naked – Soho, the Westway, Bermondsey – the house in Hackney stands out, perhaps because we see so much of it. This is where Johnny’s ex-girlfriend lives and where he crashes for the night. It’s a stone’s throw from Dalston Kingsland station and not too far from where Leigh shot Meantime, you can’t miss its singular shape on the street, sandwiched as it is by two roads. Visiting it today, you suddenly realise how far Johnny (David Thewlis) had to walk from Soho, via Caledonian Road, to end up here. All in one night. 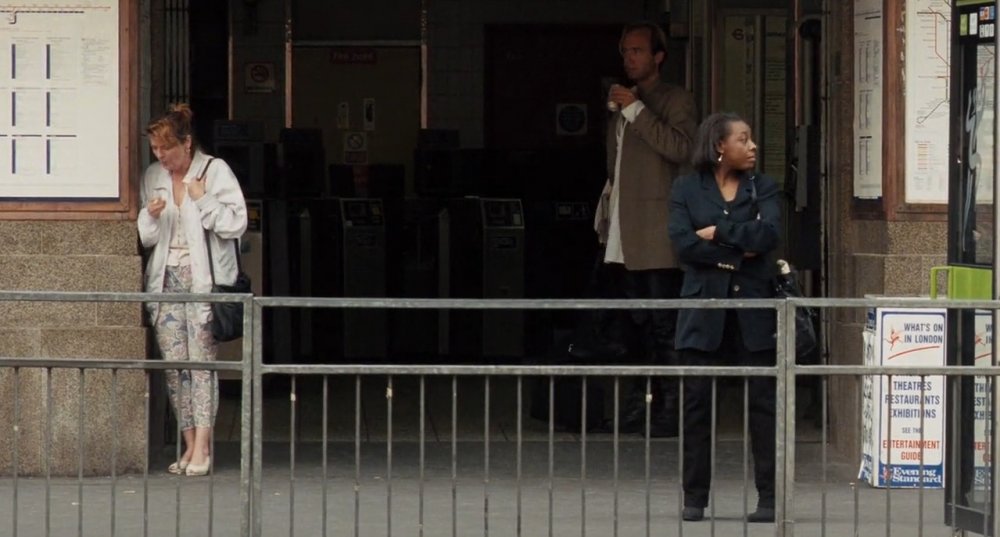 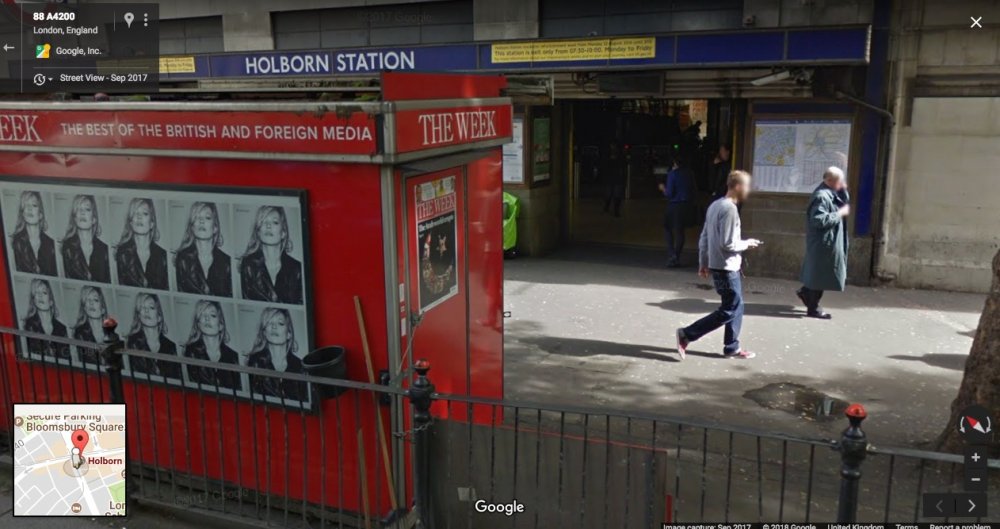 Venturing into central London – where Leigh’s characters often meet up but don’t live – Holborn station is where Cynthia (Brenda Blethyn) and Hortense (Marianne Jean-Baptiste), estranged mother and daughter, meet for the first time. Cynthia arrives first and has a cigarette by the entrance. Hortense circles round, wondering if Cynthia might be her mum. You can see that the station’s interior didn’t go as far back as it does today. As for the exterior, a huge newsstand now blocks the viewpoint where Leigh’s camera was placed. But other than that, there are still piles of the Evening Standard outside, and people still meet each other here. Chances are, a mother-daughter meeting such as this has happened hundreds of times before. 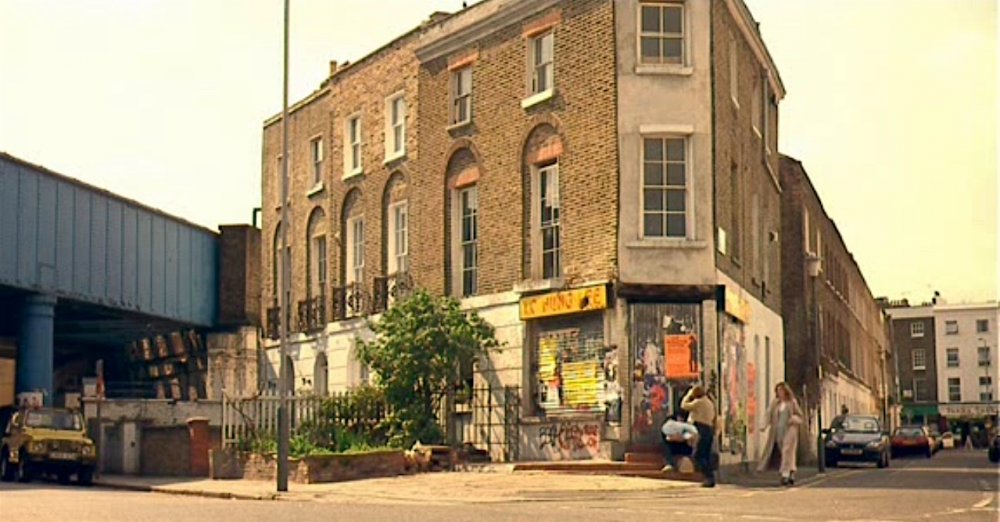 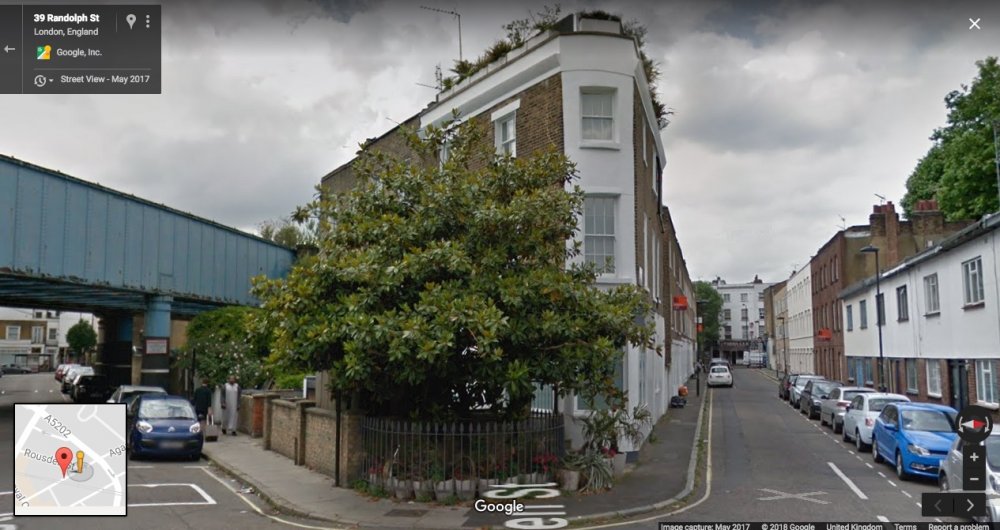 University flatmates Hannah (Katrin Cartlidge) and Annie (Lynda Steadman) reunite after six years apart and rekindle their friendship in London. Part of that rekindling involves a visit to their former digs above a Chinese takeaway. When they visit the flat – located on Randolph Street, down from Camden Road station – it’s boarded up, with faint traces of the eatery. Fast forward another couple of decades and you can see it’s been transformed yet again. It’s now a private flat with a quaint little front garden. No graffiti, no chicken bones scattered on the pavement, no posters for the latest Cure album. 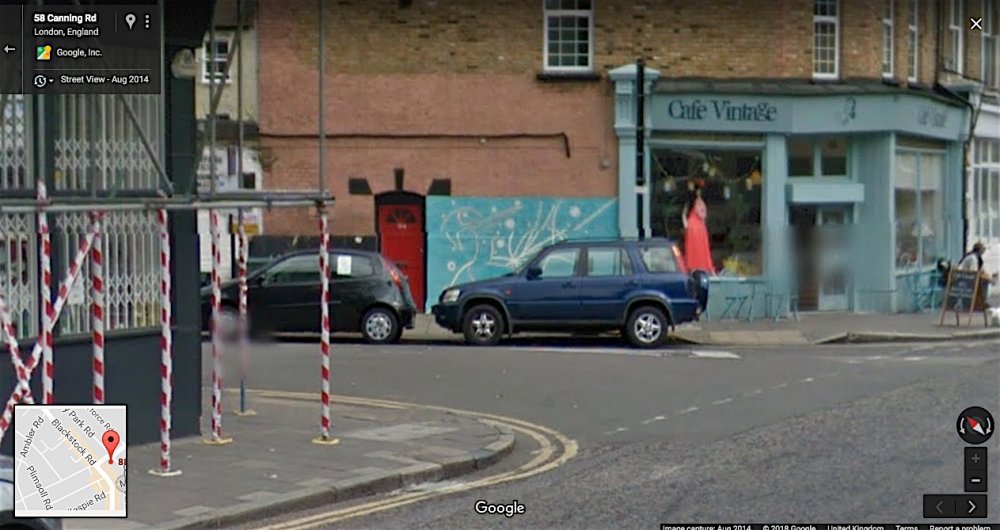 Back in north London, you can find a slew of locations from Happy-Go-Lucky, Leigh’s film about a chirpy schoolteacher called Poppy (Sally Hawkins). She goes out in Camden, she drives down Holloway Road, and she lives here, on Finsbury Park Road. This is where her unhinged driving instructor (Eddie Marsan) picks her up. The little door is the first on a side street next to what looks like a vintage shop. Today it’s a vintage café whose USP is offering clothes and coffee in one place. There’s also a very Poppy-esque wall mural outside the flat, as if the current owner was paying homage to the erratic schoolteacher.