Michael Powell in Australia: how the Peeping Tom director made waves down under

Made in exile after the controversy of Peeping Tom, Michael Powell’s drama They’re a Weird Mob proved to be a landmark in Australian film history and – 50 years later – remains a colourful document of life in 1960s Sydney. 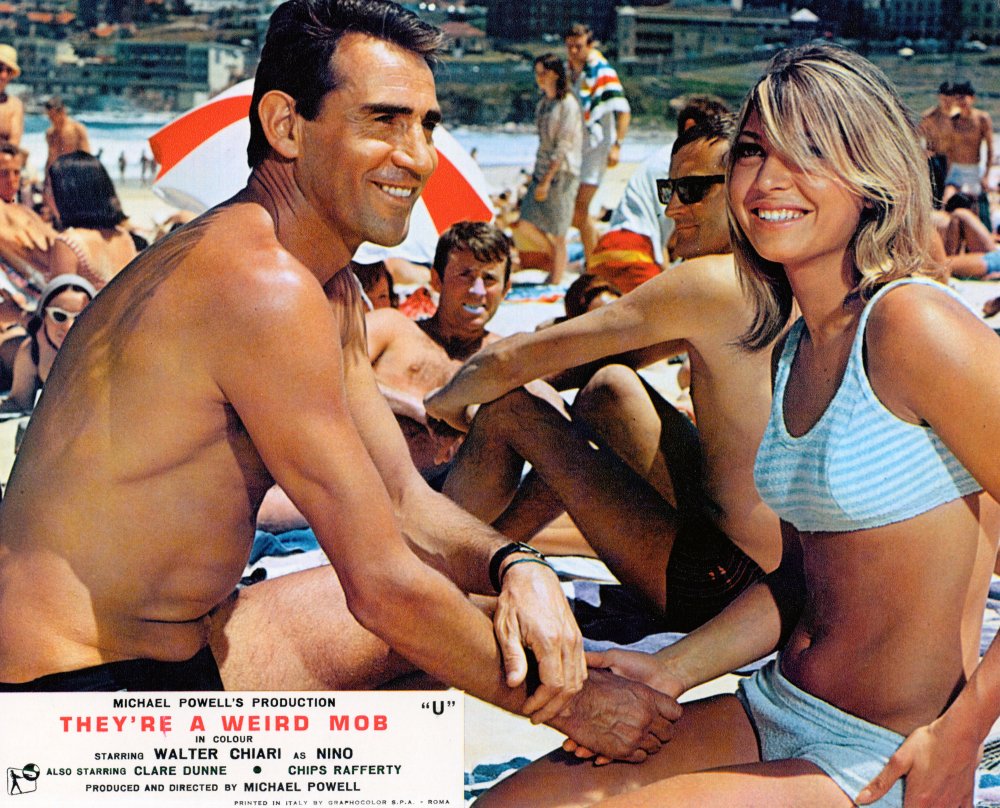 Halfway through Michael Powell’s They’re a Weird Mob, newly arrived Italian immigrant Nino Culotta (Walter Chiari) is on a ferry crossing Sydney Harbour, when a drunken white man calls him a “dago” and starts ranting about foreigners and how “a man’s country is not his own anymore”. These days the ethnic slur would be different, aimed at the current wave of immigration to Australia from Africa and the Middle East, but the scenario remains familiar.

The intersection with contemporary debates about migration and identity is one of many interesting aspects of They’re a Weird Mob. A comedy adapted from a bestselling Australian novel, one of the country’s best-known literary hoaxes, it dissects 1960s white Australian cultural mores through the eyes of a fictitious northern Italian immigrant, as interpreted by disgraced British director Michael Powell, whose career was still recovering from the controversy generated by his 1960 psychological horror, Peeping Tom.

They’re a Weird Mob, released in Australian and UK cinemas 50 years ago on 13 October 1966, opens with Culotta’s arrival in Sydney in the middle of summer. A journalist by trade, Culotta has the promise of a job on a new Italian-language magazine started by his cousin. The magazine has folded after one issue and his cousin has fled, leaving Culotta stranded in a foreign country. Worse, his cousin owes a substantial debt to landlord Kay Kelly (Claire Dunne), daughter of the businessman (Chips Rafferty) who owns the building in which his cousin rented office space. 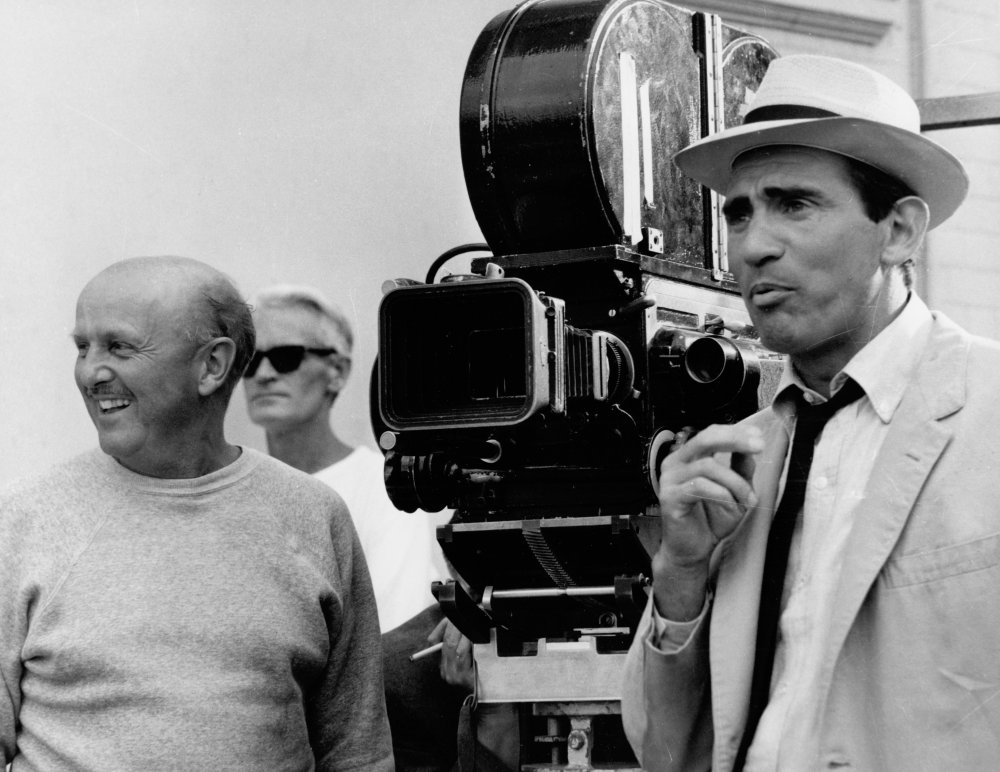 Determined to make the best of his circumstances and pay back the money owed by his cousin, Culotta gets a job on a construction site, where he is inducted into the ways of working-class Australian male culture, and sets about gaining Kay’s affections. Her interest, piqued by his sense of honour in paying back the money, grows after exposure to his gentle cosmopolitan charm. Culotta cements his place in his adopted homeland – and Kay’s heart – by buying a piece of land on which he plans to build a house, the ‘Great Australian Dream’ as it was known before Australian housing prices skyrocketed.

‘Nino Culotta’, who penned the book of the same name on which the film is based, was a pseudonym for Australian writer John O’Grady. After his book was published to great popular acclaim in 1957, O’Grady briefly maintained the façade of being Culotta, before outing himself as author. The ruse did no harm and the book went on to become one of biggest-selling titles in Australian history.

Powell had wanted to helm a film version since first reading the book in 1960, but was beaten to the rights by Gregory Peck, who read it while in Australia to star in On the Beach (1959). Peck, who had reportedly wanted Burt Lancaster to play the role of Culotta, couldn’t come up with a usable script, and Powell secured the film, commissioning his long-time collaborator Emeric Pressburger to do the script under the name ‘Richard Imrie’.

The Story of the Making of They’re a Weird Mob, a made-for-television documentary released the same year as the movie, shows Powell arriving in Sydney, where he was feted as the internationally successful director of classics such as The Red Shoes (1948) and The Battle of the River Plate (1956). There is no mention of Peeping Tom, his tale of a voyeuristic serial killer who films his female victims as he murders them. The fierce critical condemnation of that film had driven Powell out of the British movie industry and he had done just two feature films between Peeping Tom and They’re a Weird Mob: the 1961 military drama The Queen’s Guards and a 1963 adaption of Bela Bartok’s opera Bluebeard. 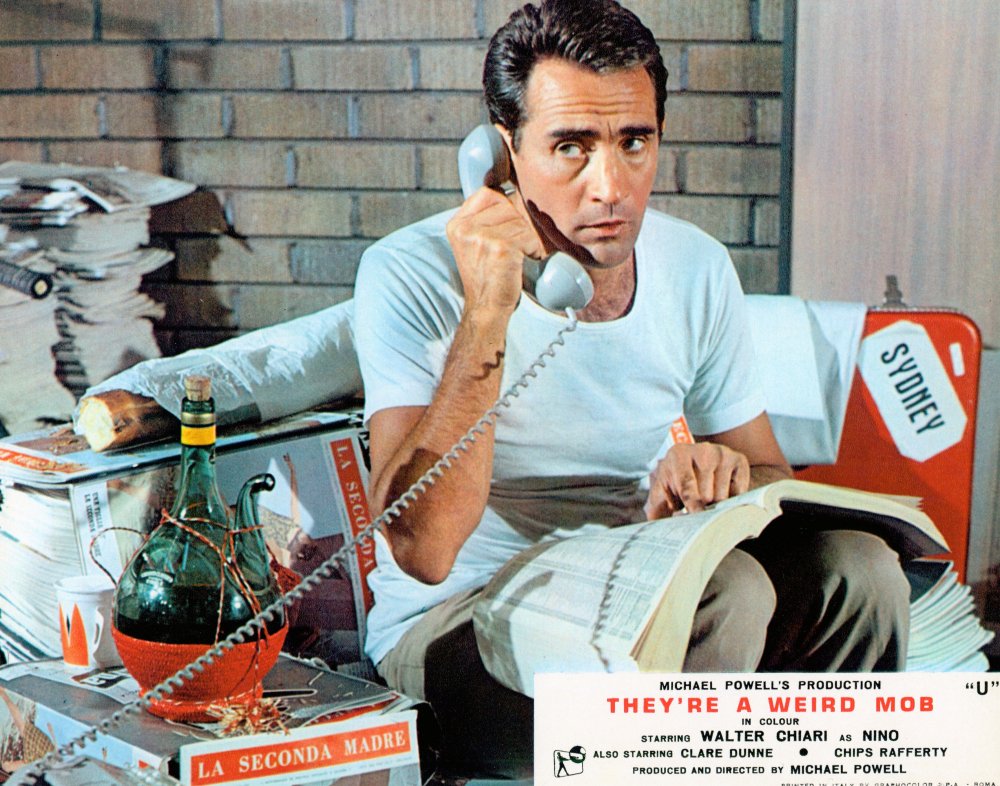 They’re a Weird Mob gave Powell a late career boost and was a bright spot in the largely desolate landscape of 60s Australian filmmaking. Apart from Chiari, it featured a local cast, including Rafferty, Dunne, Jeanie Drynan, Ed Devereaux and John Meillon, which made it a departure from previous international productions in Australia that had relied on imported talent.

Much of the film’s overt humour is at Culotta’s expense, mainly his failure to understand Australian slang and inability to keep up with his male companions’ alcohol consumption. But Australian men don’t get off the hook, and are depicted as casually racist, boorish and unable to relate to each other without the aid of several beers.

Culotta, on the other hand, is well groomed, polite and sensitive. Chiari, who had previously visited Australia during the filming of On the Beach to pursue his affair with Ava Gardner, is perfect for the role. A veteran Italian actor, with a good command of English, he plays Culotta with just a touch of the jetset glamour of Rome’s film industry. 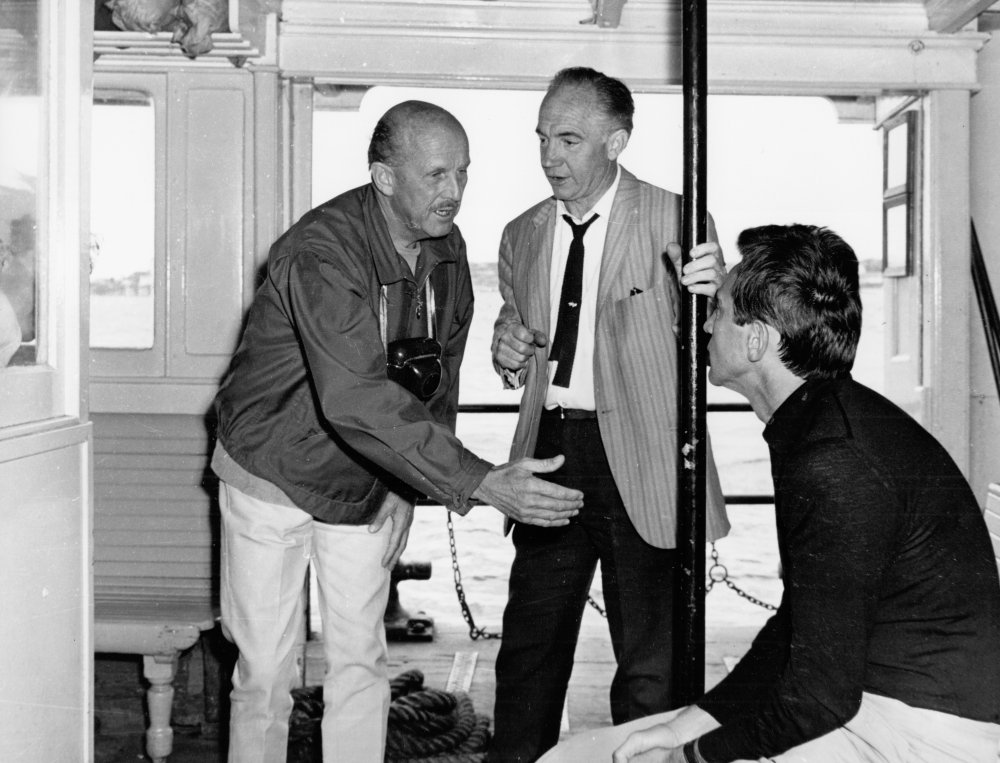 The film looks superb. The cinematography by Hammer studio stalwart Arthur Grant captures the textures and light of Sydney in summer, the blue sky and crowded beaches. Powell skilfully name-checks iconic locations, including the Sydney Harbour Bridge and the vibrant Soho-equivalent urban quarter of Kings Cross. But, faithful to the source book, he sets much of the story in the suburbs, then as now the home of the majority of Australians.

That the film was such a huge hit locally, speaks to the thirst Australians had in the 60s for any hint of themselves and their voices on cinema screens, after decades being dominated by US and British film product.

It also tapped into the developing zeitgeist that viewed Australia’s opening up, and the increased sophistication that went with it, as desirable after a lengthy period of cultural torpor and conservative government. They’re a Weird Mob’s assimilationist theme, that Australians will welcome foreigners provided they shed the more threatening aspects of the home culture, has changed little in 50 years.

Related to Michael Powell in Australia: how the Peeping Tom director made waves down under