On International Women’s Day, we celebrate the only person ever to have won both an Oscar and the Booker Prize: Merchant Ivory’s secret weapon – novelist and screenwriter Ruth Prawer Jhabvala. 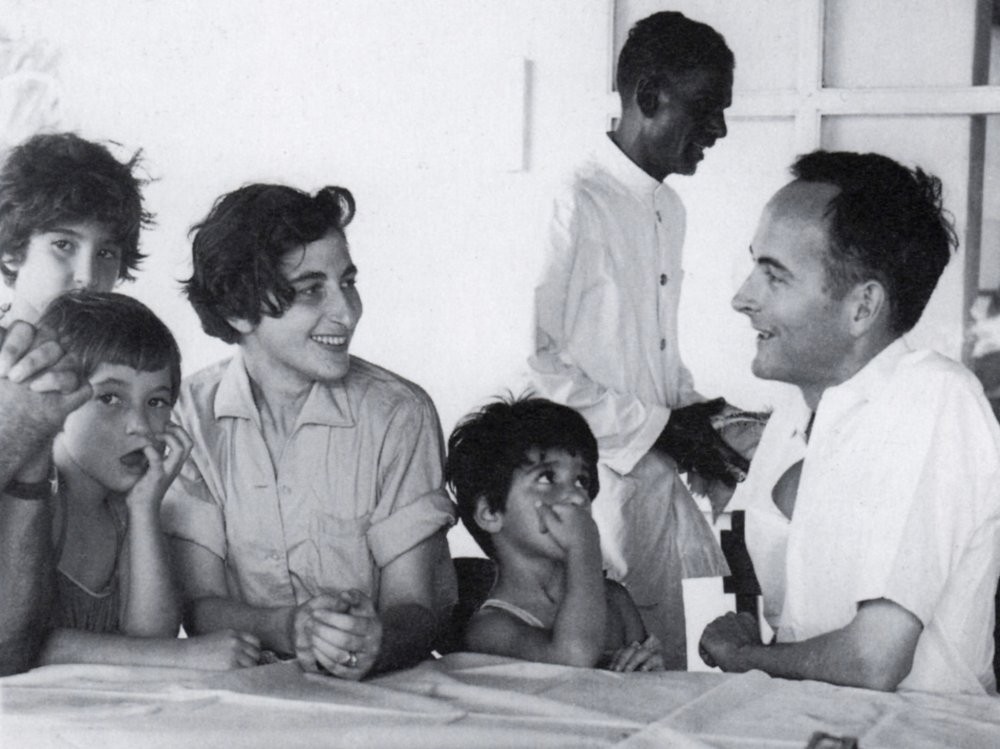 Ruth Prawer Jhabvala on location for The Householder (1963)
Credit: www.merchantivory.com

Heat and Dust is back in cinemas from 8 March 2019

Find screenings around the country

Buy tickets for Heat and Dust at BFI Southbank

Alan Parker once referred to Merchant Ivory films as “the Laura Ashley school of filmmaking”. It’s a reputation that has unfairly stuck, despite James Ivory’s recent involvement in critically acclaimed films such as the monumentally successful Call Me by Your Name (2017), which he wrote and produced.

Parker was wrong. And one of the reasons he was wrong is that because beneath the starched collars and herringbone corsets of these elegant period dramas burns a singular, acerbic and razor-sharp voice provided by the writing of Ruth Prawer Jhabvala – the woman behind Merchant Ivory.

As one part of the ‘three-headed god’ that made up Merchant Ivory, alongside producer Ismail Merchant and director James Ivory, Jhabvala wrote 23 scripts out of the 44 films produced, alongside her 12 novels and eight collections of short stories. In that time she was nominated for three Oscars, winning for her adaptations of E.M. Forster’s A Room with a View (1985) and Howards End (1992). 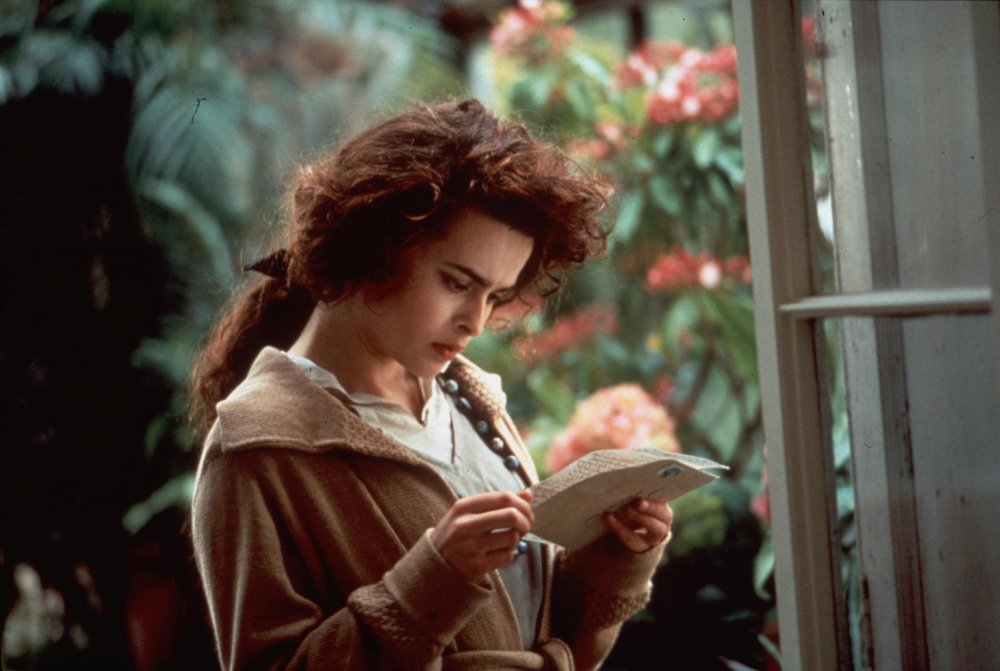 It’s well-known that Jhabvala was remarkably self-deprecating about her screenwriting work, calling it her ‘hobby’. Above all things, she was a writer of novels. Nevertheless, she cared enough to sit in on the edit of the films that she wrote the screenplays for – a rare thing for a writer.

The economy of style she brought to her books was also present in her screenplays, proving to be the perfect counterpoint to Ivory’s opulent sets. “One sentence in a film,” she said, “is like 15 or 20 in a book,” but she never struggled to distil her own works, as well as the works of Forster, Henry James and Kazuo Ishiguro, into beautifully crafted screenplays.

This month sees the re-release of Merchant Ivory’s 1983 film Heat and Dust, which Jhabvala adapted from her own 1975 Booker Prize-winning ‘Raj’ novel. Jhabvala remains the only person to have ever won both an Oscar and the Booker.

Taking place across two timelines, the film follows Olivia (Greta Scacchi), the wife of a by-the-book British civil servant (Christopher Cazenove), living in Satipur during the last decades of the Raj. Tired by the dull company of coffee-morning wives and stiff-upper-lip officials, Olivia finds solace in the company of the alluring Nawab (Shashi Kapoor) and the charmingly effete Harry Hamilton-Paul (Nickolas Grace). 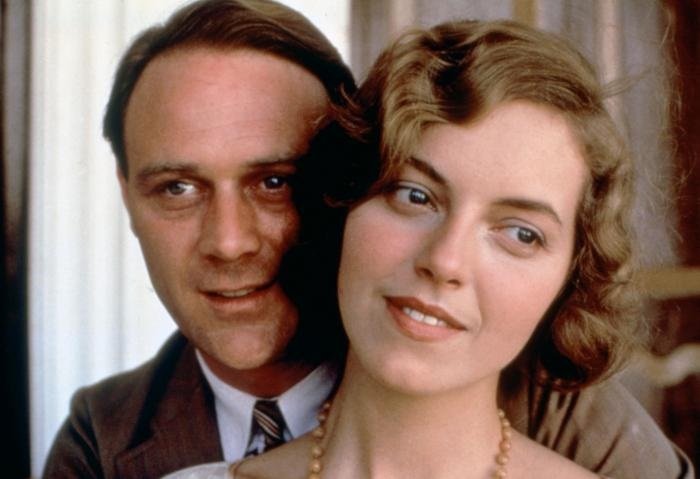 Fifty years later, as droves of hippies headed east in search of enlightenment, her great-niece Anne (Julie Christie) follows in Olivia’s footsteps to uncover what led her to abandon her husband and disappear into the foothills of Uttar Pradesh.

Heat and Dust reminds us what made Jhabvala such a vital part of Merchant Ivory. Jhabvala had a gift for precisely capturing the essence of people, allowing their kindness and prejudices to sit alongside one another. In a few lines of dialogue you can switch from laughing with a character to raging against them.

There’s the foolhardy Chid (Charles McCaughan), a proto-hipster with a Hindu tonsure, who has abandoned material wealth in search of nirvana, but still has to telegram home when he’s broke and wants to stay in his aunt’s ‘clean-bath-roomed’ home. He’s laughably idiotic, but incredibly human as well.

Then there are Olivia and Anne, two women separated across five decades, yet both finding their lot in life is dictated by the men and societal constraints that surround them. Jhabvala understood that, try as people might, they could never escape themselves.

Salman Rushdie once called Jhabvala “a rootless intellectual” – and perhaps she was. She was also a brilliant, detached observer of human nature and an eternal outsider. In her 85 years, she lived across three continents. To paraphrase her 1979 lecture, she was a writer blown from country to country, culture to culture. It was this ability to reflect the culture she immersed herself in that she brought to Merchant Ivory, from their earliest films set in India to their later opulent European dramas.

Many mistake Jhabvala for being Indian. She wasn’t. She was a German Jew of Polish descent. Along with her parents, she fled Hitler’s Germany in 1939 after the tragic events of Kristallnacht. They settled in England, where she read English literature at Queen Mary’s. She once said, “Once a refugee, always a refugee”. It was a point of view she retained her whole life.

While in England she met her lifelong husband, an Indian Parsi architect, Cyrus Jhabvala, and moved to Delhi. Her first novels, and her first collaboration with Merchant Ivory, The Householder (1963), were set in middle-class Hindu homes and were devoid of the tiresome descriptive clichés that many western writers had attached to the subcontinent (like ‘colourful’ and the shudder-inducing ‘vibrant’).

The Raj was the past for Jhabvala. She was intrigued not by what was, but what India was becoming. Of course, there is an irony that Heat and Dust, partly set during the rule of the British Empire, would win her a Booker.

When Indian critics realised she wasn’t Indian there was outrage. India was a new country, and here was an outsider seemingly critiquing their newly liberated country. However, her worst crime was that she was a woman. She once again found herself a refugee. After her 24-year love affair with India, she moved to the US, settling in an apartment (bought with her Booker Prize money) on the Upper East Side, a floor above an apartment owned by Merchant and Ivory. 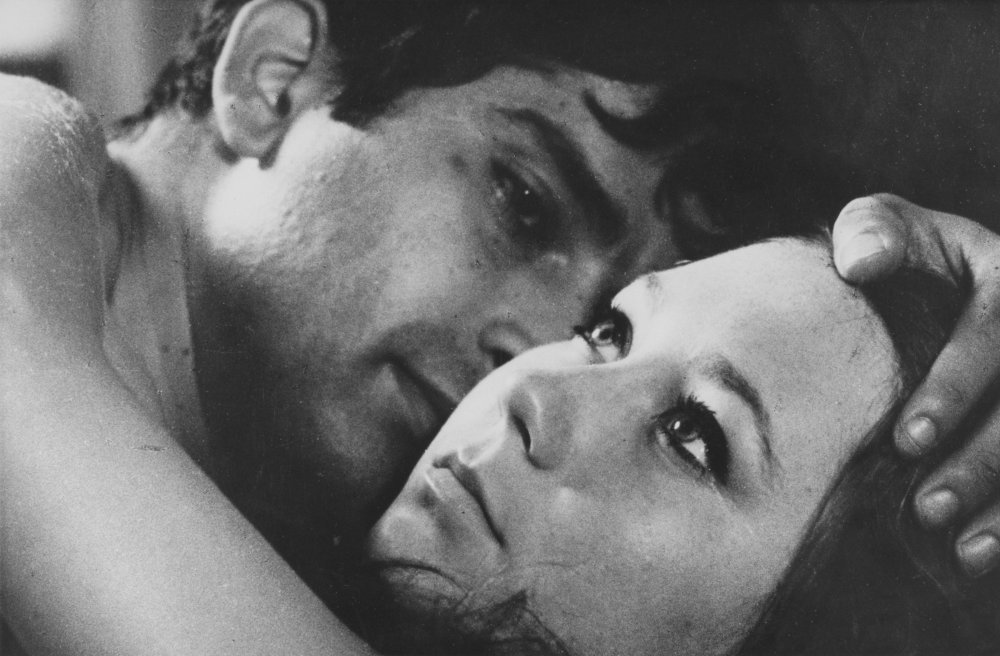 Conflating a writer’s life with their work is a foolhardy endeavour. It diminishes the power of imagination, and that was not something Jhabvala lacked, but it is hard not to see how her rootless existence informed her ability to write such beautiful works.

She was a cuckoo writer, with the ability to write as if she were Indian, English or American. Today, it’s easy to imagine damning cries on Twitter of cultural appropriation, but she believed (as did Keats) that writers should be open to all experiences, and let them inform their writing. To quote Rushdie once again, we should see the “folly of trying to contain writers inside passports”.

It’s impossible to think of Merchant Ivory without thinking of Jhabvala, even if her name isn’t on the branding. Jhabvala got people – she had a rare gift for balancing her wry sense of humour with incisive observation.

Next time you watch a Merchant Ivory (Jhabvala) film, don’t get caught up in the trappings, as beautiful as they are. Listen to the turns of phrase, the quiet rage, the wry jokes. Jhabvala’s prize-winning scripts captured humanity in all its beautiful contradictions.