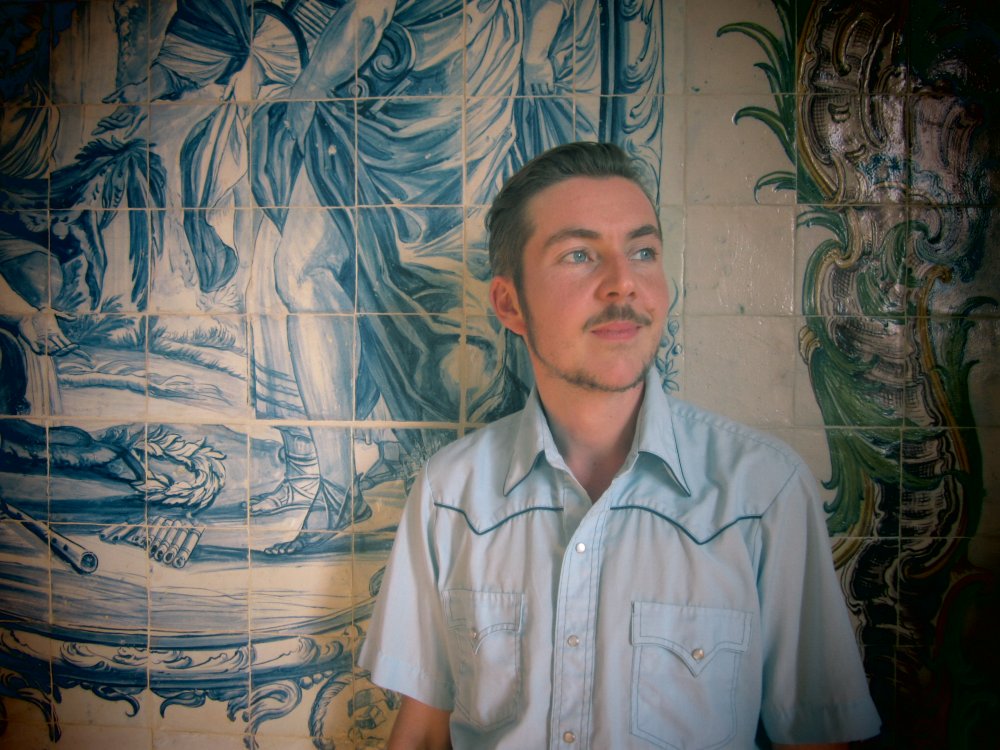 BFI Flare: London LGBT Film Festival is delighted to welcome our new programmer, Zorian Clayton. Zorian has just started planning the 2017 Festival with programming colleagues Michael Blyth, Brian Robinson, Jay Bernard and Emma Smart, alongside Deputy Head of Festivals Tricia Tuttle and Festivals Director Clare Stewart. We caught up with him to introduce our newest member of the team.

How much previous experience did you have of the Festival?

I lived in France for several years so didn’t start coming to the Festival until I first moved to London in 2010 and since then I’ve come to more and more events each year. I also did two link-ups as an external partner venue to screen a film for Flare at the V&A in 2013 and 2015.

The friendly atmosphere takes some beating, and there’s always something for everyone. There aren’t many annual queer cultural events of this scale that are truly inclusive so it has a very special feeling about it.

Why were you keen to be part of the programme team?

It has been a longstanding aim of mine to try and make a film that gets into the Festival. To end up selecting the content instead is a dream come true! I’m a real multiple-movie maniac so to be able to watch hundreds of films as a job and sift out the best, for the BFI no less, is a real honour and a pleasure.

What has been your previous cultural programme experience?

I got a job on the documentary strand of the Commonwealth Film Festival in Manchester in 2003 after volunteering with them, which led to selecting some of the LGBTQ shorts for Cork Film Festival.

When I moved to London, I joined a radical art collective, co-curating a series of exhibitions and events in unusual locations across the city before moving into the more legit world of museums. This is my fifth year at the V&A, where I’m currently an assistant curator and the co-chair of the LGBTQ working group, programming a range of special events throughout the year, including a three-day queer film festival in 2012 and the Queer & Now Friday Late last year.

What would you like to bring to the programming mix?

I hope to discover a good range of content to satisfy the growing community of people who identify outside of the gender binary. I would also like to build on the excellent programming of my predecessor to screen the best new films about trans experiences from across the world.

What are your favourite LGBT films?

I really enjoyed the naturalness of Weekend by Andrew Haigh, and the 2011 documentary I Am a Woman Now about trans pioneers. The research that went into The Celluloid Closet following on from Vito Russo’s indispensable book is also extremely impressive.

Who are your favourite queer filmmakers working today and why?

I have a soft spot for the hysterical, kitsch world of John Waters. Monika Treut has an interesting, experimental back catalogue, and I hope to see new work from Cheryl Dunye soon. François Ozon is a favourite. His work is always surprising and beautifully shot. Special mention would have to go to Sébastien Lifshitz too. I admire his documentaries for their dignified approach to further understanding the stories of older LGBT people, especially Les Invisibles (2012) and Bambi (2013).

Zorian is from Manchester via the south coast. His research specialises in 19th- and 20th-century paper ephemera, printmaking, and queer history. He has given a number of lectures on gay writers and artists including Denton Welch and Philippe Jullian, and has collaborated with the Being Human Festival and Outfest Legacy Project, working with academics and performance artists to interpret diverse LGBT histories in cultural institutions.