Was Marilyn Monroe, as photographer Bert Stern declared, ‘the first American goddess – our goddess of love’? 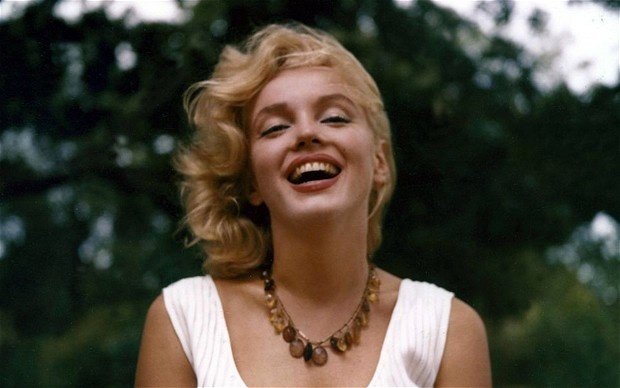 A Marilyn Monroe season plays at BFI Southbank in June-July 2015.

A pin-up dream come true, Norma Jeane Baker evolved into Marilyn Monroe in the ravenous glare of the photographer’s lens. She began her career as wholesome girl-next-door gracing the cover of magazines, America’s sweetheart. But the foundation of Marilyn the icon was her unique blend of childlike innocence and provocative feminine sexuality.

Marilyn suffered from a speech difficulty that began in childhood. “One day,” she said, “When I was in the orphanage, I started to stutter out of the clear blue. I’d say to myself, ‘Don’t do that. Don’t stutter,’ but then I’d do it again. There were times when I couldn’t get a word out. You just can’t imagine how painful that could be. To this day I stutter once in a while. It happens when I get excited and nervous inside.” Stuttering caused Marilyn to feel insecure as an actor; she desperately sought the guidance and approval of acting coaches to conceal her difficulty in delivering lines. She wanted to impress her film colleagues; she was dedicated to cinema, not just the industry but also the art form, above all. 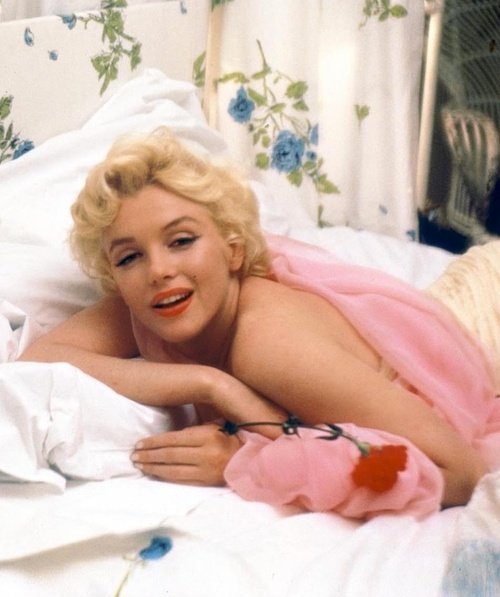 It is revealing that movie directors invariably commented on Marilyn’s lack of confidence, while still photographers spoke of the resplendent manner in which she burgeoned for the camera lens. There was no pressure, no fear of treacherous words in the still image – she could lose herself, and loosely, freely express her identity, in the glorious permanence of the photograph. The ever-luminous Marilyn stole every film scene she starred in, but she preferred the medium of photography to promote her fascinating persona, collaborating with world-renowned masters such as Richard Avedon, Cecil Beaton and Bert Stern and defining the careers of Milton Greene, Sam Shaw and Douglas Kirkland.

Makeup was something that Marilyn understood very well. She was the chief executive in the construction of her own image, cultivating strong professional bonds with unrivalled makeup artists. She nurtured these artistic relationships and they spanned the length of her career. Marilyn had an innate and highly sophisticated understanding of sexual desire, knowing very well that beauty is about generosity. She gave so much of herself to the world. Her untimely death at the age of 36 did not stunt the ascension of her star in popular culture; instead, she is our modern-day Aphrodite.

Decades after her death, she is still better known than most living movie stars and world leaders. But beauty, youth and fame were not enough to cast out the shadows in Marilyn’s anguished soul. Three times divorced and unable to have a child, she turned to alcohol and prescription drugs to cope with her profound sadness. Beneath her public persona of cheerfulness and joie de vivre, she suffered enormously.

Marilyn found serenity in front of a camera that unconditionally loved her. Constance Collier observed, “What Marilyn has – this presence, this luminosity, this flickering intelligence – could never surface on stage. It’s so fragile and subtle, it can only be caught by the camera. It’s like a hummingbird in flight; only a camera can freeze the poetry of it.” 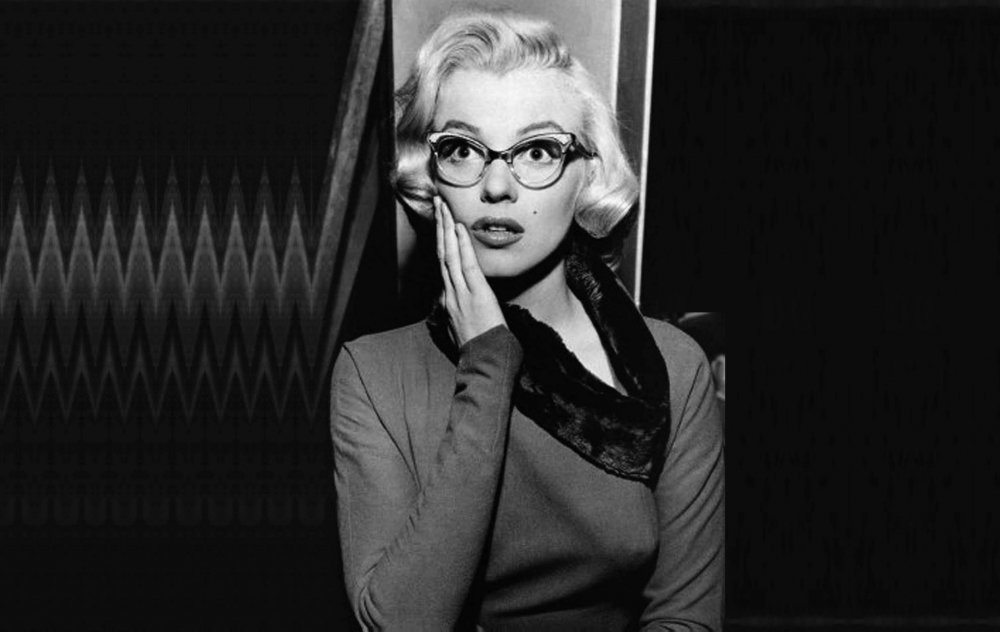 Director Billy Wilder remarked, “Marilyn has become a better actress since Lee Strasberg but I’m not convinced she needed training. God gave her everything. The first day a photographer put her in front of the camera she was a genius.” Marilyn used photography as a strategic ritual in her career. In her own words, she explained, “When the photographers come, it’s like looking in a mirror. They think they arrange me to suit themselves, but I use them to put over myself.” Her media savvy was instrumental in the construction of her myth. She felt comfortable experimenting with her look and related to the camera in a distinctly intimate way, which made her appear accessible and genuine to the viewer.

Marilyn made love to the camera. The photographer’s camera was the ideal medium through which she stimulated her (predominantly male) audience. Photographer Douglas Kirkland spent an evening with Marilyn, taking pictures of her body sprawled on a bed, wrapped in nothing but a delicate silk sheet. He remarked, “We flirted, both on such a fine, teetering edge! Ultimately all of that fused energy was channelled directly into the lens. What came from those powerful feelings that evening was the pictures.” The lovemaking that took place that night was strictly between Marilyn Monroe and the still camera, and Douglas Kirkland was not about to interfere with the high-octane intensity of that world-famous love affair. 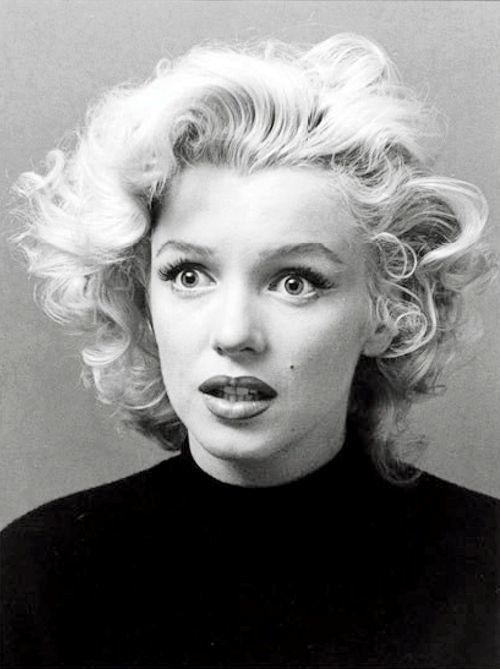 Photographer Earl Theisen recalled, “I’ll focus on her and then looking in the finder, I can actually see the sex blossoming out, like it was a flower. If I’m in a hurry and want to shoot too quickly, she’ll say, ‘Earl, you shot it too quick. Let’s do it over.’ You see, it takes time for her to create this sex thing”. Another photographer stated, “When I said ‘Now!’ she lit up. Suddenly, something unbelievable came across. The minute she heard the click of the camera, she was down again. It was over. I said, ‘What is it between you and the camera that doesn’t show at any other time?’ She said, ‘It’s like being screwed by a thousand guys and you can’t get pregnant’.”

Still another observer noted, “She provided the basic material from which interested persons may labour independently upon their own fantasies.” Sarah Churchwell commented, “The Marilyn image, in still photograph and in film, is of compliance, submission, of giving in and putting out. She was the world’s sex object; her dream was to fulfil men’s dreams. With her quivering mouth open, her hooded but direct gaze, her body yielding to the viewer, she was a woman always on the verge of an orgasm.”

Constance Collier, in a discussion with Truman Capote, once said: “Greta Garbo is a consummate artist, an artist of the utmost control. But Marilyn, this beautiful child, is without any concept of discipline or sacrifice. Somehow I don’t think she’ll make old bones. Absurd of me to say, but somehow I feel she’ll go young. I hope, I really pray, that she survives long enough to free the strange lovely talent that’s wandering through her like a jailed spirit.” 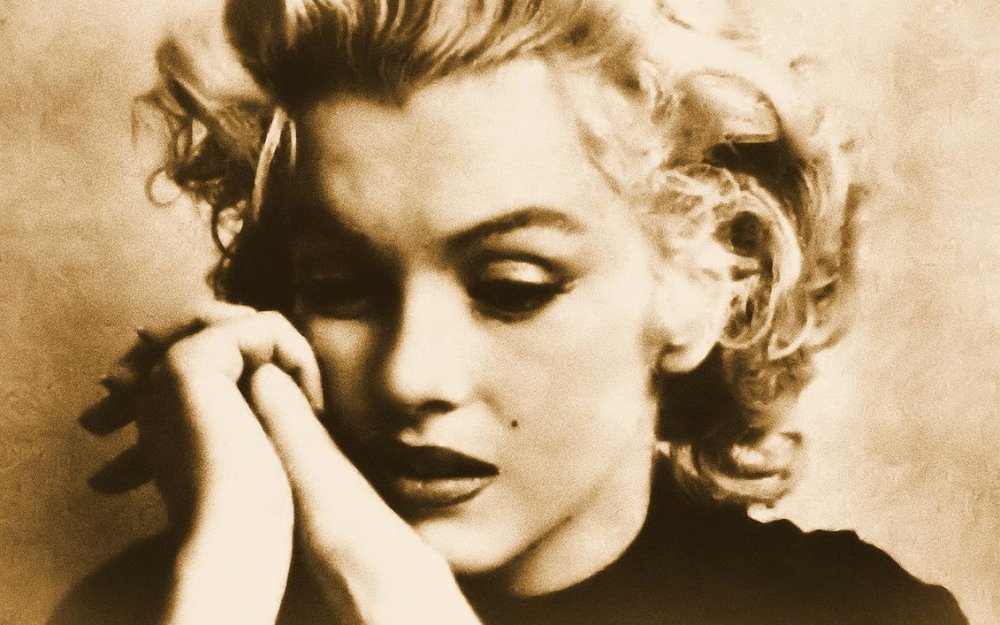 In death, Marilyn’s beauty was paused forever. She continues to invoke desire by pervading popular culture, her image repeated a million times over until we cannot help but consider her a veritable icon, rather than a mere mortal. Photographer Bert Stern declared, “Marilyn Monroe is the first American goddess – our goddess of love. She is gone but she is everywhere. Stars die, but light goes on forever.”

Perhaps she was only ever on loan to the material world, called forth to return to the glittering celestial family from which she originates… In The Misfits (1961), Marilyn Monroe asks her childhood idol Clark Gable, “How do you find your way back in the dark?” And he responds, “Just head for that big star straight on. The highway is under it. It’ll take us right home.”

Related to Marilyn: the icon