The letter that J.G. Ballard wrote to me about my thriller Pulp

Get Carter director Mike Hodges remembers reteaming with Michael Caine for the island-set crime thriller Pulp, and shares a letter that J.G. Ballard wrote to him in admiration of the film.

Yes, Pulp is a special favourite of mine – I must have watched my tape a dozen times, or more – a wonderfully witty script, and the brilliant attention to detail, as in Get Carter – so many superb performances, like the typing pool manager, or Caine himself, Lionel Stander and [Al] Lettieri. Lizabeth Scott was never better, and of course best of all was the great Mickey Rooney, totally unappreciated by film critics – you drew a fantastic performance out of him, which can’t have been easy – I love the scene of his dressing, moving layers of flattering mirrors past himself – I take my hat off – “A tip – don’t stand too close to him” – a great film.

Sadly, I haven’t seen Black Rainbow, but I’ll try to track it down. It’s great news about your new film, and the title is excellent. It sounds just right for Clive Owen, who’s slightly wooden in an interesting way – a couple of years ago Channel 5 showed a very interesting American thriller with him.

Meanwhile, best of luck with the new film – it will be great. 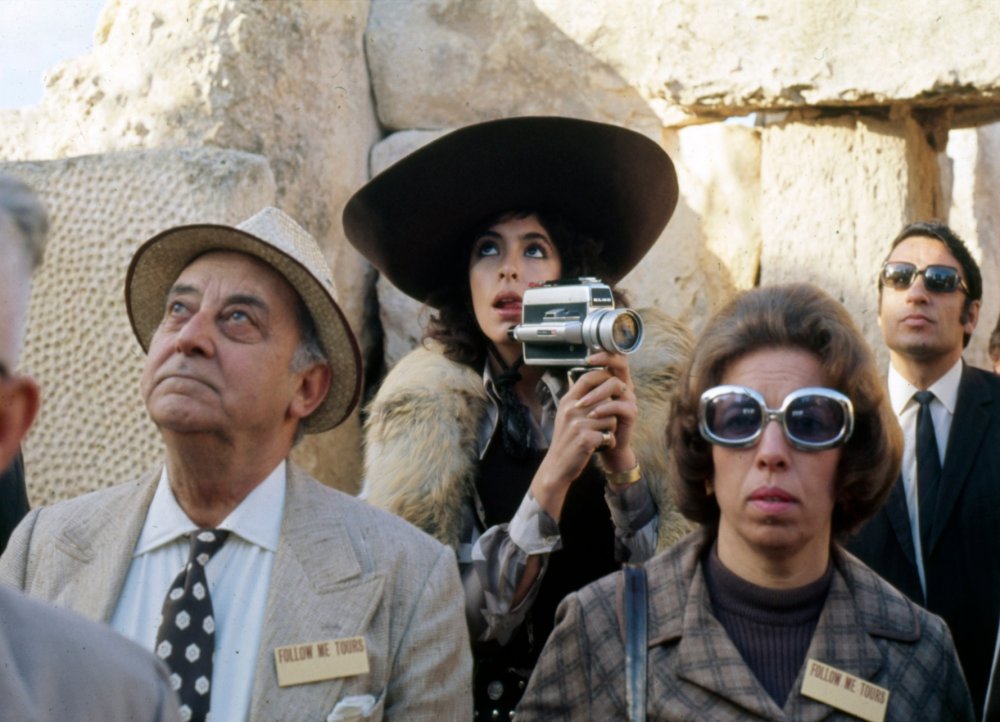 Since I first went to the cinema in the early 1950s I was always partial to B-movies. They were short, fast, black and white in every sense, and often better than the ‘A’ films they were married to. This enthusiasm ran parallel with my discovery of the dark literature of Chandler, Cain, Conrad, West and (much despised by the cultural elite) Mickey Spillane. So, after Get Carter (1971), when Michaels Klinger and Caine decided to make another film with me, I chose to write an original screenplay on spec. If they liked it then we’d make it; if not we wouldn’t. That script was Pulp. And they liked it!

Originally called Memoirs of a Ghost Writer, its conception was a rather convoluted affair. In Rumour, the 1969 television film that brought me to the attention of producer Michael Klinger, I’d used the voiceover technique much favoured by B-moviemakers. In this film it was the voice of a sleazy newspaper gossip columnist, a Walter Winchell replicant, that constantly revealed the discrepancy between what he was reporting and what the viewer was seeing. Deciding to use the same device was probably the first element in constructing Pulp’s script. 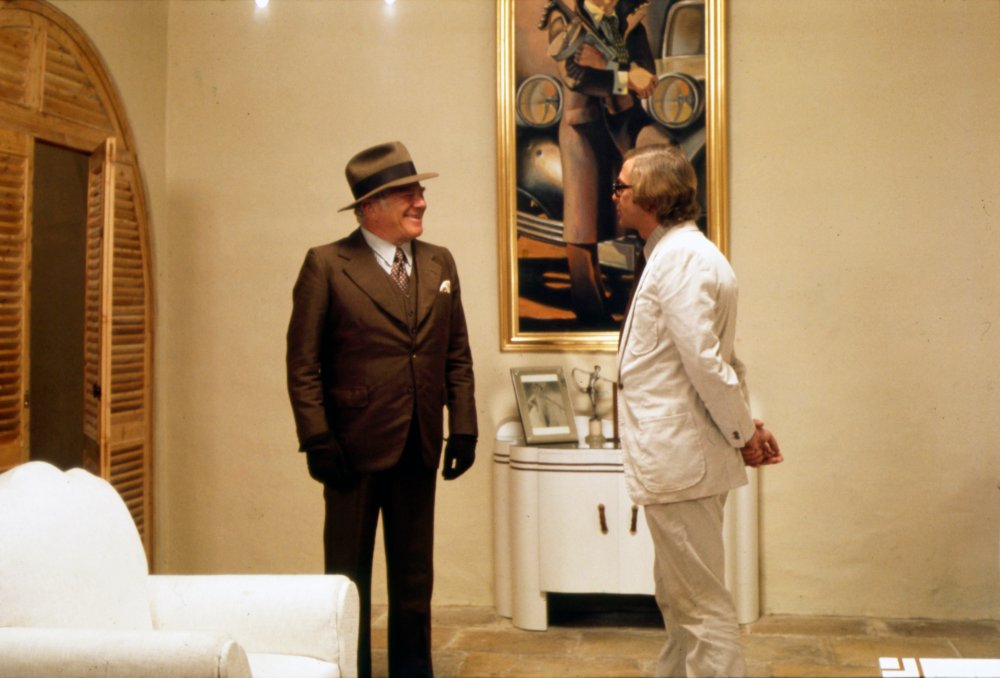 But Rumour was also very political. It was about the responsibilities of a free press and how those without influence can be badly mangled by devious and malicious journalism. For the new script I was now seeking a similar political edge and it came from the most unlikely of places: Italy. I was dumbfounded when the current elections there showed strong support for the fascist party. Can it be a mere 15 years after the war that this malignant ideology re-emerged? It was barely believable.

But how to incorporate it into a narrative? It then occurred to me that many B movies were about another Italian institution, the Mafia, and there were many similarities between them. Unlike Hitler and Nazism, I’d always found Mussolini and Italian fascism close to comic opera. Their uniforms and strutting were comedic not sinister, even if their intentions weren’t. Intuitively, my thinking shifted to satire; more Fellini than Bertolucci.

In Italy tragedy can quickly and easily turn into comedy. In 1953 a young woman, Wilma Montesi, was found drowned on a beach 15 miles south of Rome. On the basis of very shaky evidence the communist press talked of murder and a political cover-up in an attempt to undermine the Christian Democrat government. Rumours were rife when the doctors who examined Wilma’s body contradicted each other. She was a virgin; she wasn’t a virgin; she was pregnant; her stomach was empty, was full of ice cream, was full of drugs. 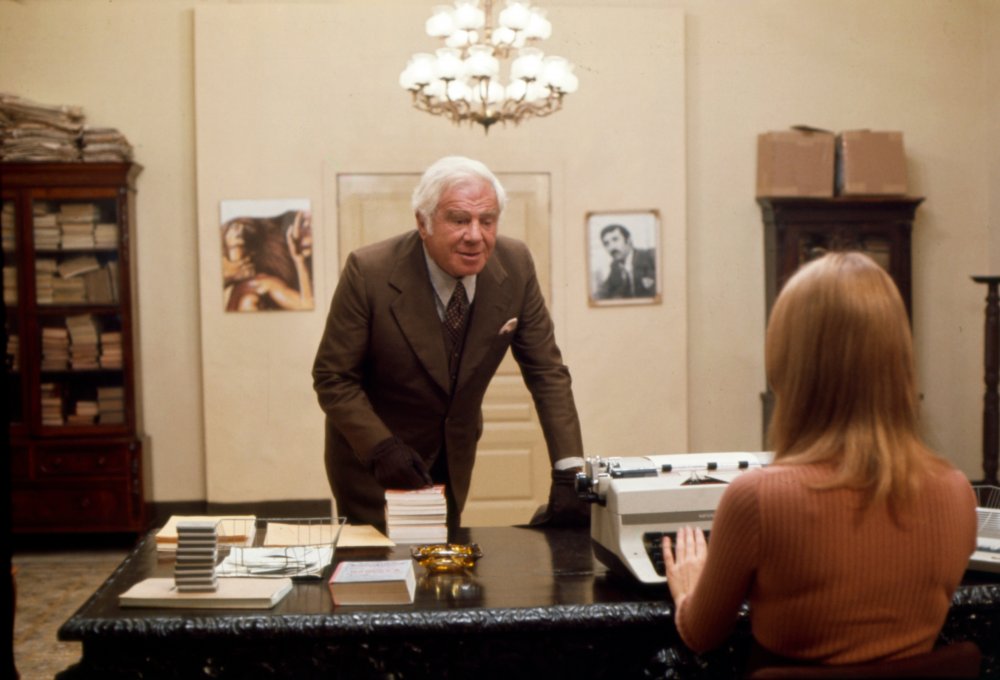 Suspects were arrested then set free. Soon film stars, priests, prostitutes, members of a hunting syndicate, aristocrats all became embroiled. Even the ‘Wizard of Milan’ helped the police with their investigations. The scandal continued for years and the case remains unresolved to this day. Of course the journalists (it was the birth of the paparazzi!) had more copy than they could dream of. Along with the rest of the world, I remember following every crazy twist and turn as they unfolded. The Montesi scandal was to be the third element in my script.

The fourth was George Raft, the American actor identified with portrayals of gangsters in 1930s and 40s crime melodramas. When his career went into decline he ended up in a London casino as a greeter. Worse, his purported connections with the Mafia made it difficult for him to re-enter the US. This was the source of my first imagined character: Preston Gilbert. Preston, too, was an ex-gangster star, small of stature as many of them were, and now exiled on an island in the Mediterranean. He was eventually to be played by the Mickey Rooney.

I have, of course, omitted the one ingredient that was there from the beginning: Michael Caine. For Michael I created the character of Mickey King, a desperate writer of bad pulp novels under suggestive pseudo-names (O.R. Gan; S. Odomy) and titles (My Gun Is Long; The Organ Grinder) who gets suckered into ghost writing (hence the original title) the biography of the faded star Preston Gilbert. The consequences of this career move have a certain irony in that King is trapped as securely as a fly on fly paper by a plot every bit as lurid as his own novels. 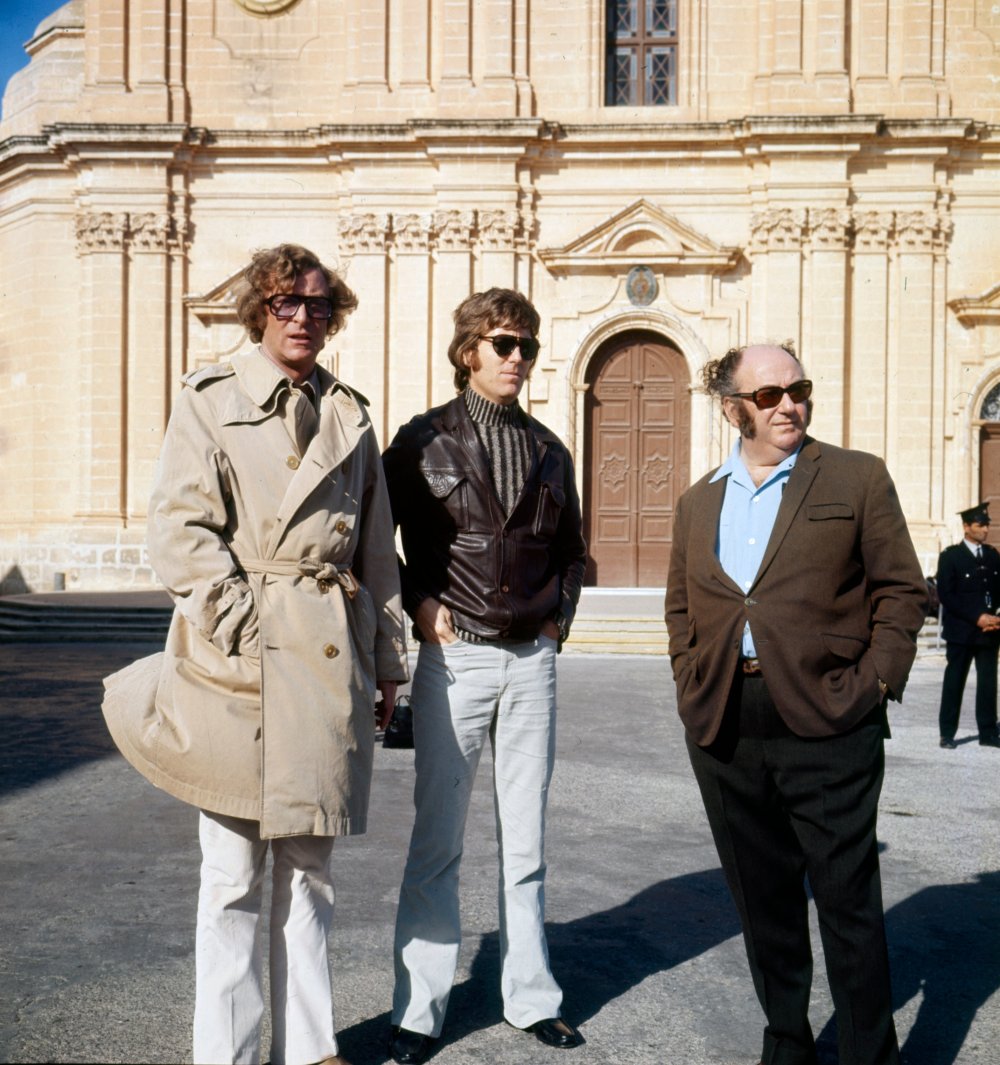 Once the script was accepted I went to Italy to do more research and look for locations. I visited Mussolini’s mausoleum and was led to a small shop which sold, illegally, Il Duce memorabilia. Among my purchases was an LP of his political rants which can be heard emitting from a loudspeaker van in the film’s fictional election campaign.

But when it came to choosing locations there was a problem, a big problem. It seemed that everywhere I wanted to shoot (so the Italian production manager informed me) a protection fee would have to be paid to – yes – the Mafia. I soon realised we were going to be either taken to the cleaners, or fitted with cement slippers, so I contacted Michael Klinger and suggested we shift the whole production to Malta, an island I knew well. We did just that.

There is a literary postscript to all this. Over the years I noticed that writers in particular wanted to talk about this film. They enjoyed the labyrinthine plot, the literary jokes and political references. In 2002, seven year before he died, J.G. Ballard happened to see a documentary I’d made about serial killer films, Murder by Numbers. From there we got to correspond and in one letter he revealed that he’d watched Pulp at least a “dozen times”. He, too, remembered almost every line and visual gag; listing them in the letter. I was over the moon. Ballard was one of my all-time heroes. I loved his books, his journalism, listening to him on the radio and seeing him on television. Needless to say I’ve still got that letter [published above], handwritten too.