The making of cult children’s sci-fi The Glitterball 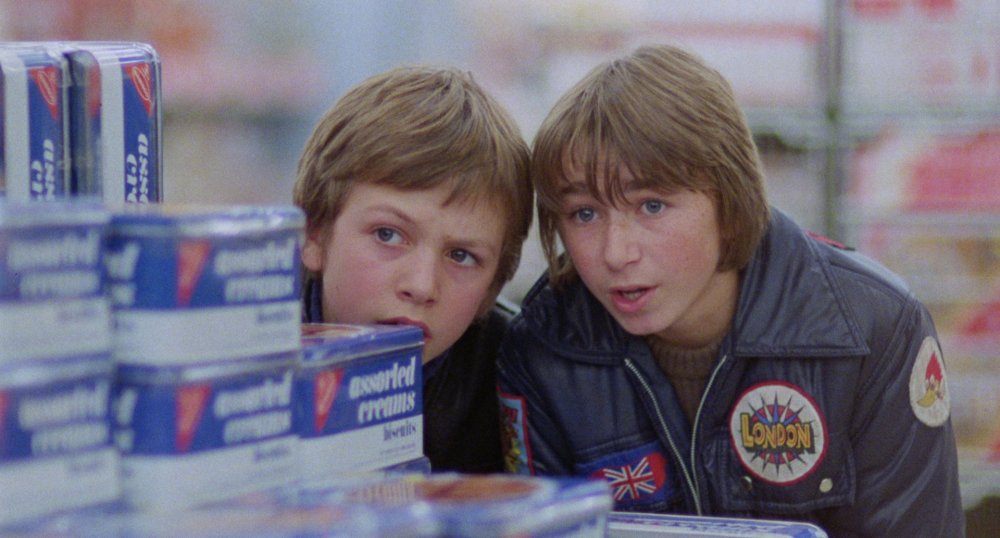 The full version of this feature is included in the DVD booklet.

The Glitterball will screen at BFI Southbank in December as part of our season Sci-Fi: Days of Fear and Wonder.

The Glitterball (1977) was the second film I made for the Children’s Film Foundation, the first being The Battle of Billy’s Pond (1976).

The latter was very well received and had a royal premiere on the 25th anniversary of the Foundation. I was asked to make another film for them and, working with writer Howard Thompson, came up with a story about two young lads meeting a mysterious being from another world and the spiralling consequences that follow. I knew we wouldn’t be able to afford a convincing ‘creature’ with eyes, a mouth and limbs of any description, so I went for the simplest shape I could think of: a little round ball, but a ball that would have extraordinary powers and, most of all, a personality.

The Glitterball was a more ambitious film than The Battle of Billy’s Pond in that, besides an alien being with extraterrestrial abilities, we also needed to see its spacecraft crash land on Earth, as well as the large mothership that comes to his rescue along with an army of fellow visitors from another planet. I knew we were going to have to pull in every favour we could if we were going to get believable special effects for what we could afford on our modest budget.

Watch an extract from The Glitterball (1977)

Through a mutual friend I met Brian Johnson, who had worked with Stanley Kubrick on 2001: A Space Odyssey (1968) and was then supervising the effects and model work for Gerry Anderson’s Space: 1999 (1975-77). Brian was willing to do the necessary shots but said I needed to get Gerry’s okay for him to moonlight on our show as he was under contract.

I met Gerry at his offices at Bray Studios and he generously said that if his effects team wanted to put in some extra hours on a CFF film after their work for him was done that was fine with him.

Brian and his 12-man team squeezed our work into their very busy schedule and delivered the flying shots of the Glitterball’s spacecraft and the mothership, and built a working model of the spacecraft complete with lights and an opening hatch with an exit ramp for our little round pilot.

To bring the Glitterball to life for some of the complicated action scenes we needed a simple and cost-efficient technique. In the end we decided on stop-frame animation, where each and every frame of the 24 frames per second has to be individually composed and photographed. To do this we brought on Barry Leith, who had just done such fine work on the Wombles television series. The Glitterball devouring a bowl of fruit always gets a great reaction from the audience, and when the Glitterball spits out a mouthful of an old meat pie it gets the biggest laugh of the film. 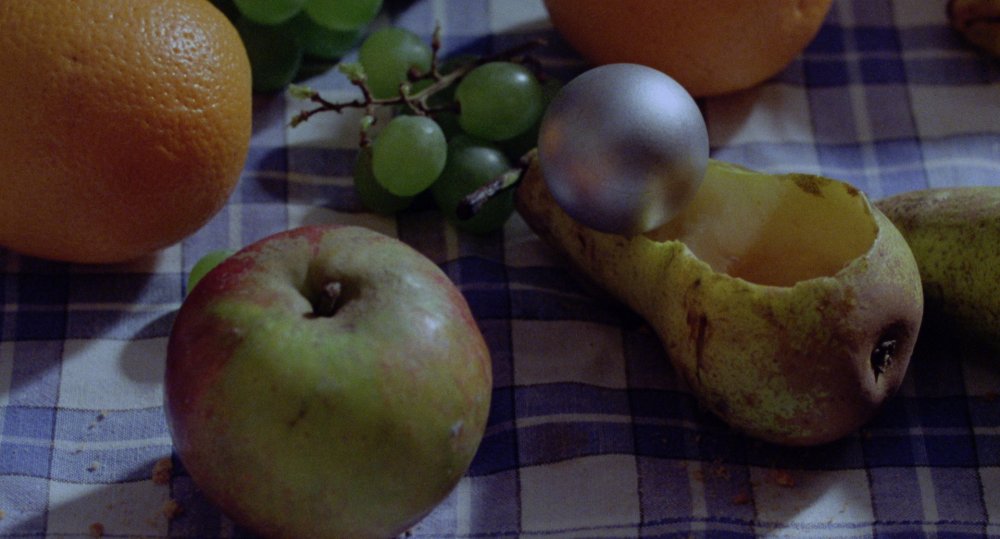 Charlie Page was a veteran prop maker and special effects man who had been at Elstree Studios for ages and had worked on Kubrick’s Barry Lyndon (1975). Charlie was a dab hand at using the compressed air line with finesse and nuance to give the Glitterball life and intention. When we needed a shot where the Glitterball rushes up into close-up we would run the camera in reverse and have Charlie use the air line to gently blow the ball out of shot, increasing the pressure as he went, so that when the film was played forward we would see the ball moving fast then slow to a stop.

That was just one of many clever, low cost, real-time physical effects that we used in that pre-digital age to bring our little alien to life. For example a wooden ball going down stairs with the camera running normally produced the right effect for that kind of movement; but for the ball to bounce upstairs we used a ping pong ball bouncing downstairs with the camera running in reverse, so when played forward it looked convincingly like the ball was leaping upstairs.

The electronic sound effects for the Glitterball and his spacecraft were done by Malcolm Clarke, whom I had first worked with when he and Glynis Jones at the BBC’s Radiophonic Workshop did the music and sound effects for a film I made about J.G. Ballard for the BBC’s Review programme. The otherworldly sounds he created integrated smoothly with Harry Robinson’s rousing score. 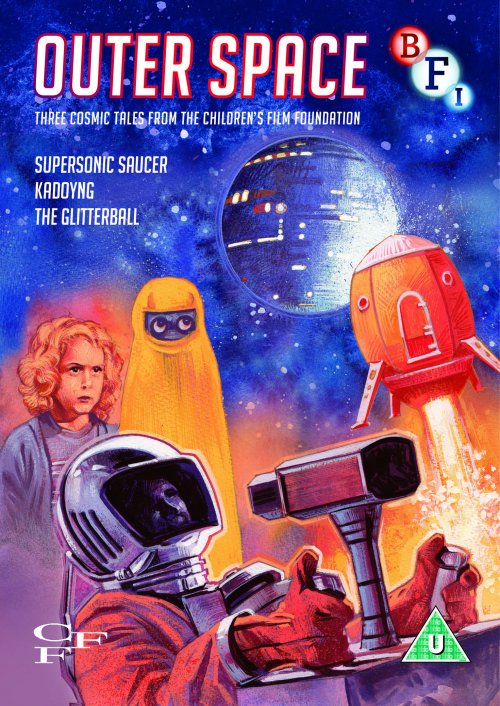 Ben Buckton, who took the lead, and Keith Jayne, as his street-wise sidekick, threw themselves into the adventure, and together with the wonderful film craftspeople and technicians on the crew we created a film that seems to have touched a generation. I’ve lost count of the number of people who have told me that they remember seeing The Glitterball when they were kids and how much they liked it.

Among other festivals, the film played at the Edinburgh Film Festival, where during a Q&A after the screening a young lad stood up and said: “It was better than Oor Wullie”! My Scottish friends told me that was high praise indeed as Oor Wullie is a hugely popular comic strip in Scotland.

The film has had a long life. There was a time in the 80s when, for three consecutive years, the two films that the BBC showed on Christmas Day were The Wizard of Oz (1939) and The Glitterball. And in the mid-90s, at a special celebratory screening at the Leicester Square Odeon in honour of the CFF (then called the Children’s Film and Television Foundation), The Glitterball was chosen from their entire output to be the film shown.

But more than anything it has been the responses of the many people who remember the film with such warm nostalgia that has been so gratifying. And now, with the release of this DVD, they can share it with their families.