The magic of Orson Welles

To mark the release of Chuck Workman’s documentary Magician: The Astonishing Life and Work of Orson Welles, we look back at the most enigmatic elements of Welles’s magic. 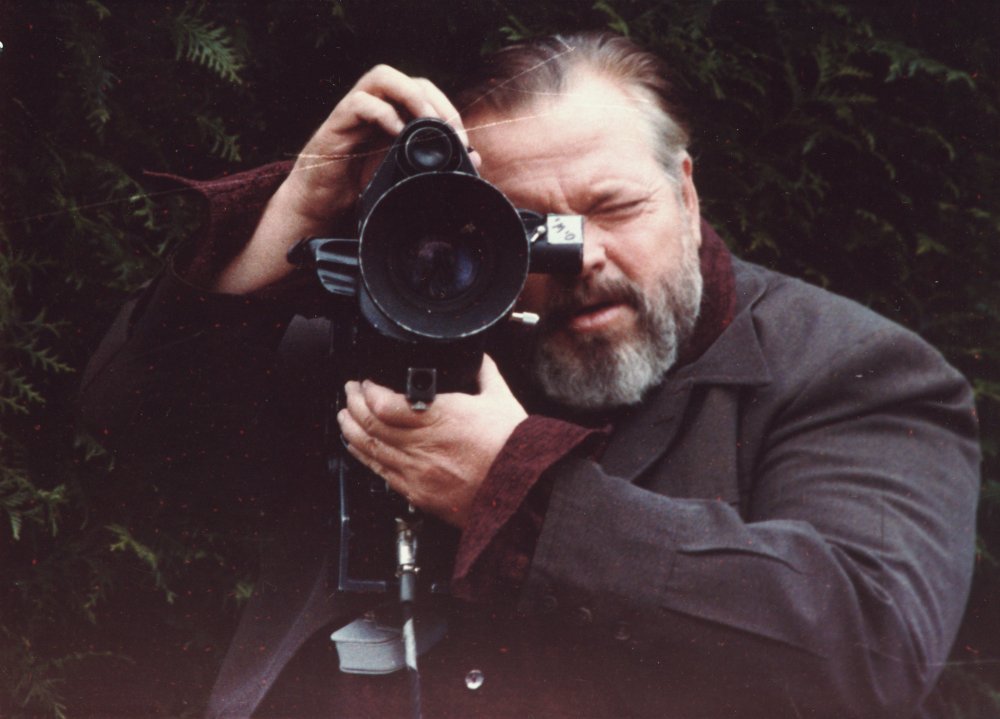 Spoiler alert: this feature reveals facts from the documentary Magician: The Astonishing Life and Work of Orson Welles

With his new documentary, Magician: The Astonishing Life and Work of Orson Welles, Academy Award-winning filmmaker Chuck Workman revisits the biggest mysteries surrounding one of cinema’s visionary greats. The documentary is timely, as this summer marks the 100th anniversary of Orson Welles’s birth.

A prodigy in theatre, radio and film directing, Welles became a star at an early age. His empathetic approach to working with actors, and his skill for uniting all aspects of film production, including script, music, sound and lighting, were vital for the progress of film as an art form.

With a record number of archive interviews with Welles himself, and interviews with cinema luminaries such as Richard Linklater, Costa Gavras, Peter Bogdanovich, Martin Scorsese, Anthony Perkins and Jeanne Moreau, Magician: The Astonishing Life and Work of Orson Welles is a sensational portrait of an artist whose influence is still profoundly felt. For Linklater, “he created the air that we breathe.”

A lifelong artist, Welles created a great body of work, and contributed enormously to a filming and distribution system which opened up the possibilities of cinema. Although few of his films were completely finished, he worked at a pace ahead of his peers. 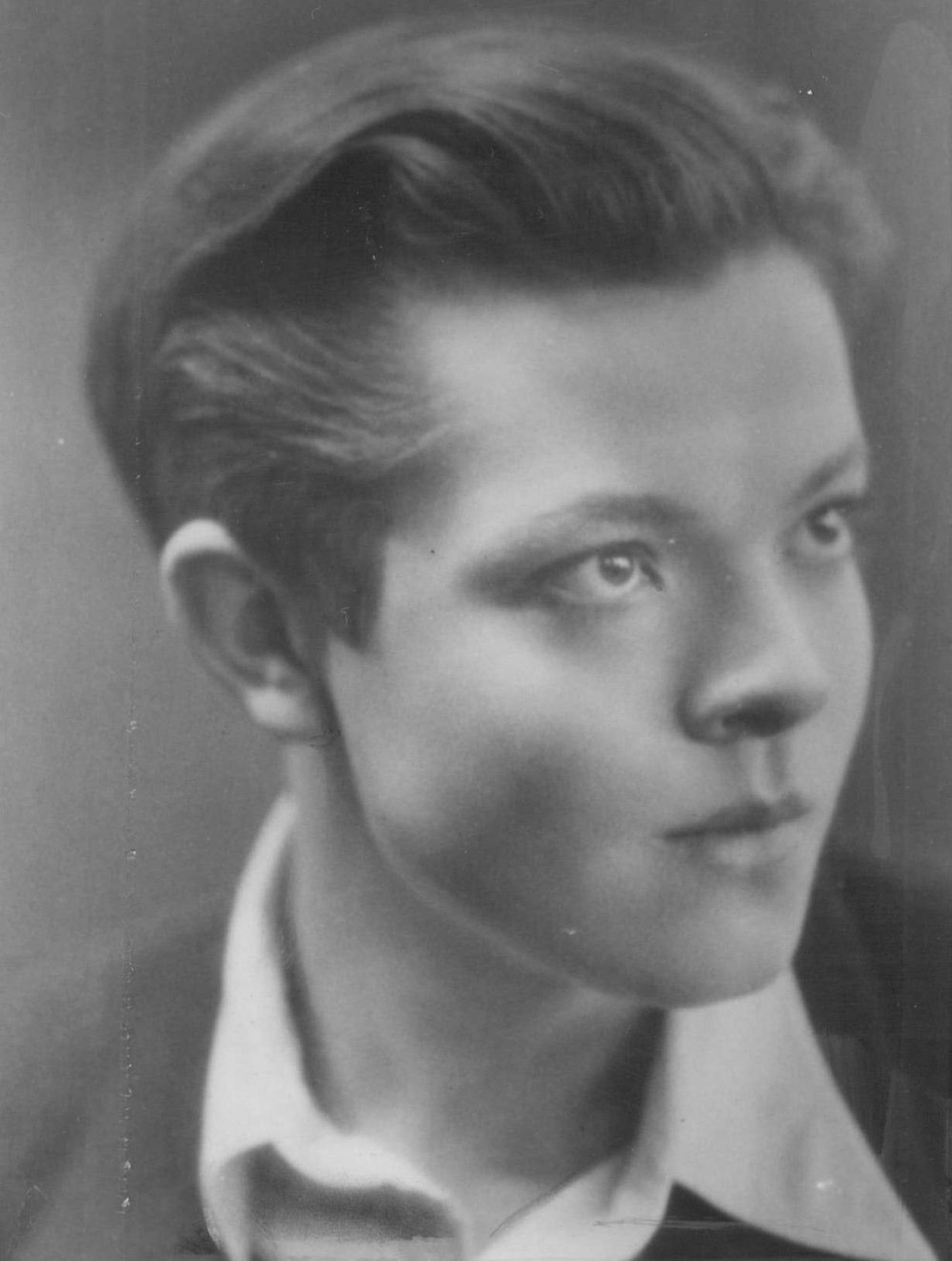 By the age of 10, Welles was already a cartoonist, actor and poet. By the age of 13 he had been to China and could talk about Shakespeare to his classmates. But this precocious boy had to contend with a troubled family life. His parents divorced when he was seven, and his socialite mother embarked on a relationship with a controlling and emotionally manipulative man who would eventually become Welles’s stepfather.

It’s likely that Welles was shaped by his mother’s belief that a child should prove his or her intelligence, or else be exiled to the nursery. It was in this intense environment that Welles learnt to play the piano. He stopped playing immediately after the death of his mother, when he was nine. 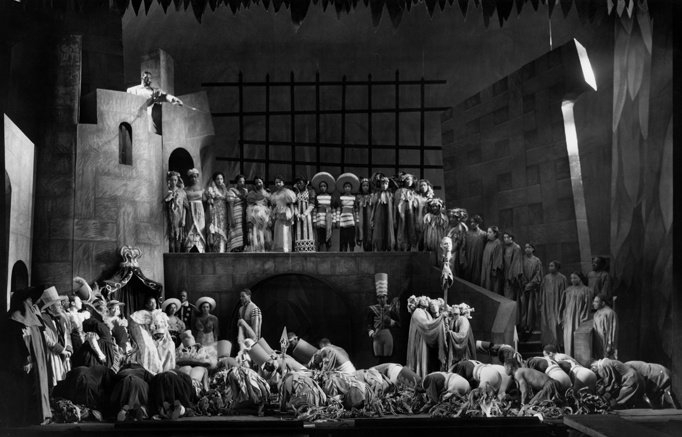 “I think I made essentially a mistake in staying in movies, but it’s a mistake I can’t regret because it’s like saying I shouldn’t had stayed married to that woman, but I did because I love her.”

Welles’s first breakthrough came at the age of 19, when he made his debut as a professional theatre director in Woodstock, while he was a student at Todd School for Boys. In 2013, the Illinois stage at the Woodstock Opera House was named The Orson Welles stage in his honour. Welles’s knowledge of the stage was staggering, and he had a passion for theatre in its most aggressive and expressionistic form. According to actor Norman Lloyd, “he united the performance, the script, the music, the lights, the sound” to create his own “theatricality”. 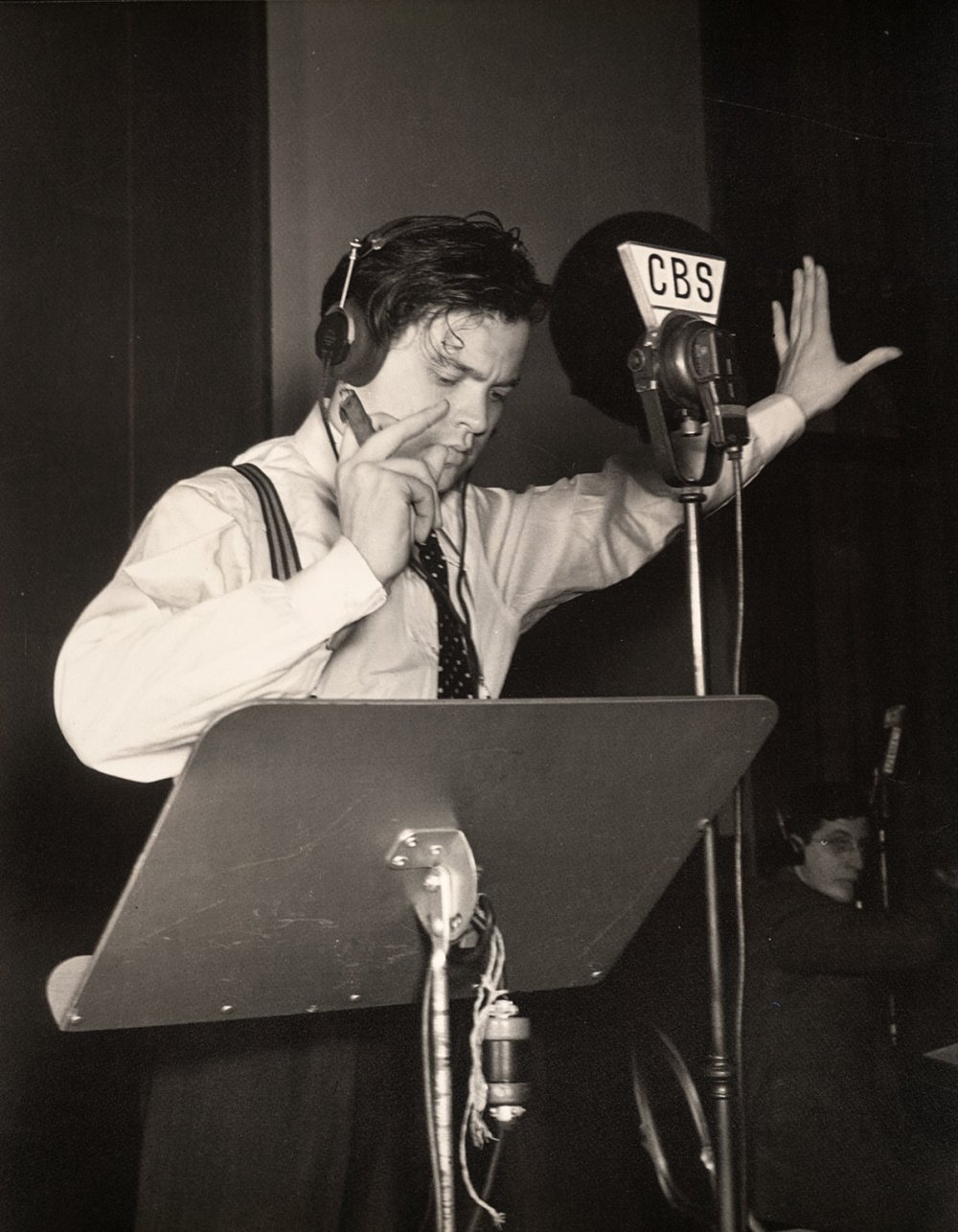 Welles at The War of the Worlds broadcast in 1938

In 1938, following his infamous radio adaptation of H.G. Wells’s science-fiction novel The War of the Worlds, Welles received a letter from a lawyer describing his performance as a “clear demonstration of your inhuman instincts, bestial sensuality and fiendish joy”. One of the documentary’s interviews with Welles reveals that the police arrived during the broadcast, but didn’t know who to arrest. Instead of going to jail for his Martian broadcast, Welles set off for Hollywood to seek pastures new. 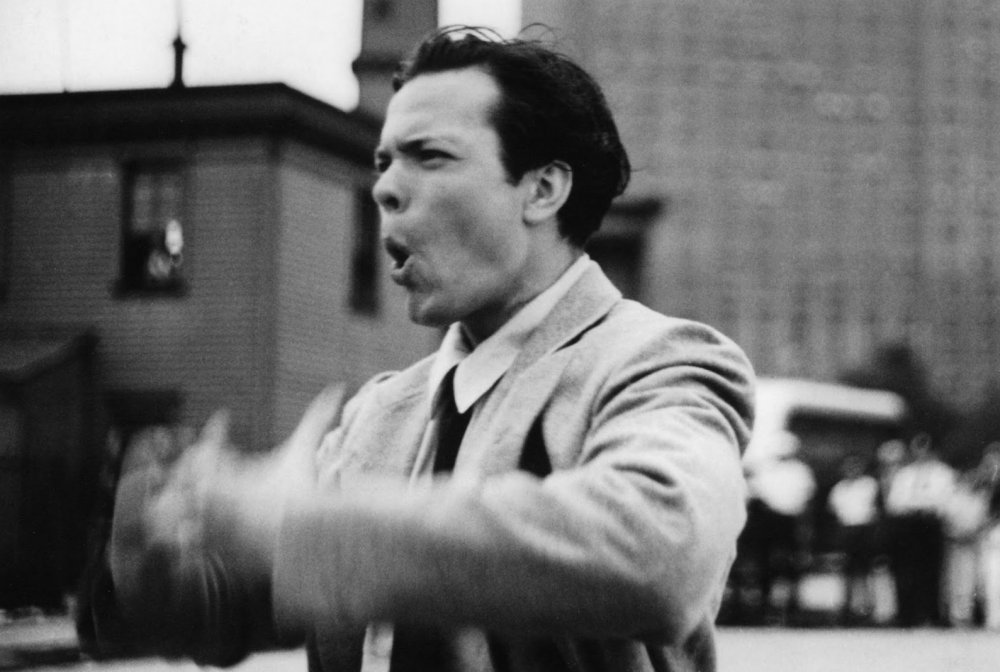 Welles directing Too Much Johnson (1938)

During production of William Gillette’s play Too Much Johnson in 1938, initially planned to be the fourth play for his Mercury Theatre Company in New York, Welles shot a number of film sequences. The two-part film sequel was made just before Citizen Kane, but was never used because there was a lack of projection equipment at the Mercury Theatre. The film was considered lost for many years, before being discovered in Pordenone in 2008 by film experts: it had been lying forgotten in a shipping company’s warehouse. In an interview, actor Ruth Ford says: “The play made absolutely no sense without the film.” Too Much Johnson was restored by George Eastman House and managed by curator Paolo Cherchi Usai, who talks about the film in Workman’s documentary. 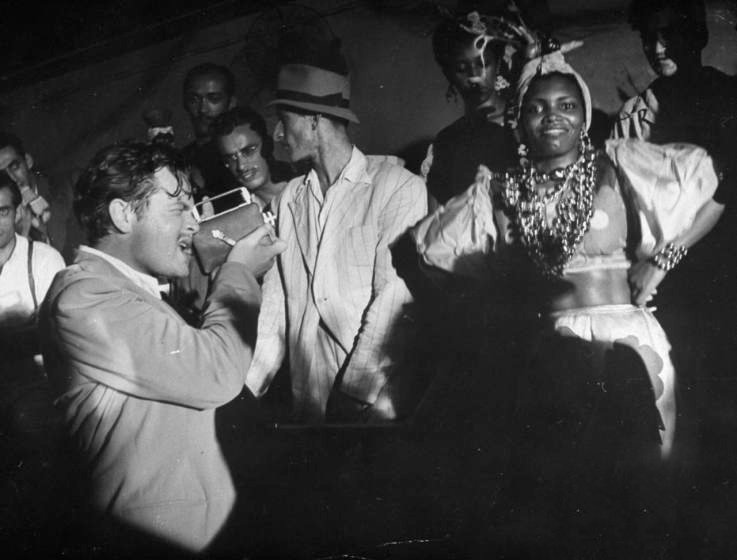 Welles on location in Brazil, 1942

While on contract with one of Hollywood’s biggest studios of the era, RKO Pictures, and shortly after filming The Magnificent Ambersons (Welles’s favourite of his own films) in 1942, the director was sent to South America with a million dollars to shoot the Rio Carnival as a contribution to American affairs. While in South America Welles had relied on Robert Wise (West Side Story, The Sound of Music) for the editing of The Magnificent Ambersons. Wise ended up making changes and cutting out shots without Welles’s approval. Long scenes Welles had shot and felt were crucial to the picture were gone.

Under new governance, RKO asked to see Welles’s rushes from Brazil. Seeing black people in his scenes – something that was deemed unacceptable by the company – press announcements were made that Welles had gone to South America and thrown their money away. He was fired and was unable to find another job for at least two years. 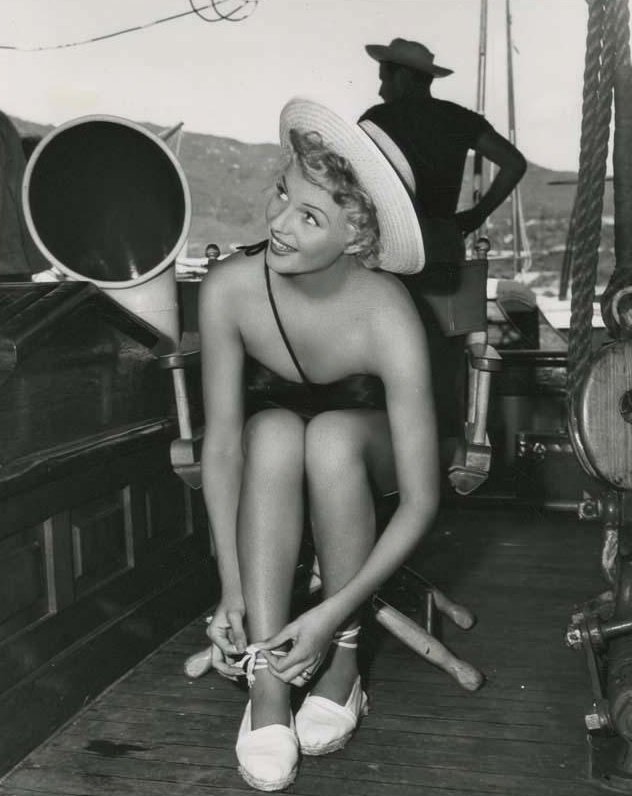 Rita Hayworth on the set of the Lady from Shanghai (1947)

“I was lucky enough to have been with her [Rita Hayworth] longer than any other man in her life.”

Welles was driven by a passion for performance when working with his stars. While flirtatious with both men and women, he had a particular appreciation of the female sex. He said:

“I think the first sex, biologically, is the female sex, and there are many creatures in our world who are women and only become male as long as is necessary and then revert to the original and superior condition. I think we’re a kind of decoration…. The basic and essential human is the woman.” 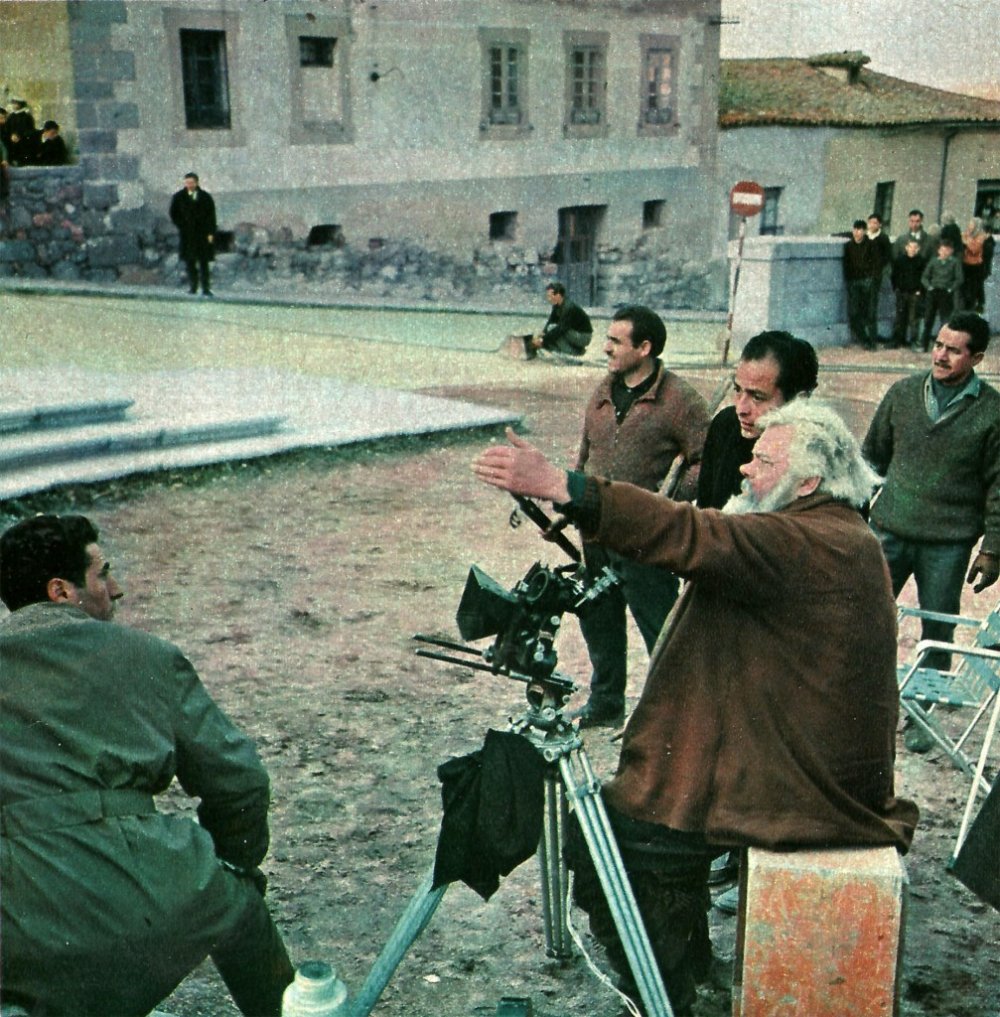 Following The Lady from Shanghai (1947) (and his divorce from Rita Hayworth), Welles returned to the world of Shakespeare – a place where he felt both comfortable and challenged. His Shakespeare adaptations were undervalued by contemporary critics, some of whom seemed more interested in complaining about the Scottish accents of the cast, than with engaging with the substance of the work. Despite the critical failure, Welles’s imagination and artistry was such that he was able to reflect: “It’s a great feeling to be dealing with material that’s better than yourself.” 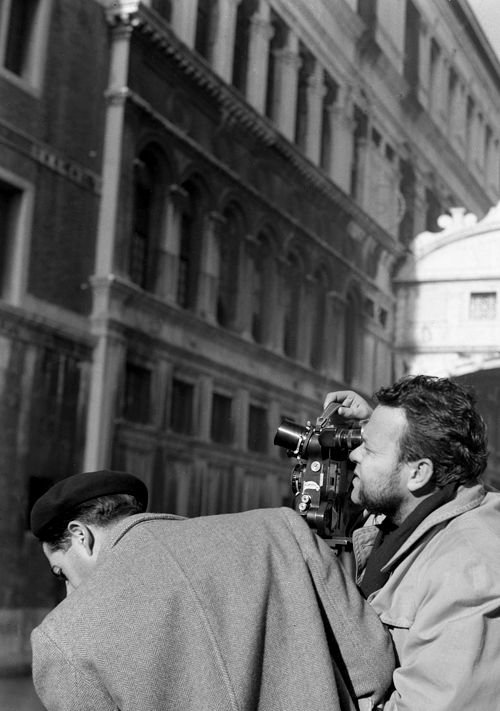 Welles on location for Othello (1952)

With his Shakespeare adaptations, Welles had already proved that he was doing something imaginative and unique. But following the critical failure of this work, towards the end of the 1940s he left for Europe, where he worked mostly in the theatre. He was never a communist, but the FBI accused Welles of subversive activities following Citizen Kane (1941). When asked about his decade in exile, which lasted until the latter half of the 1950s, Welles joked, “I’ve spent most of my life not quite unpacked.”

Welles and The Third Man 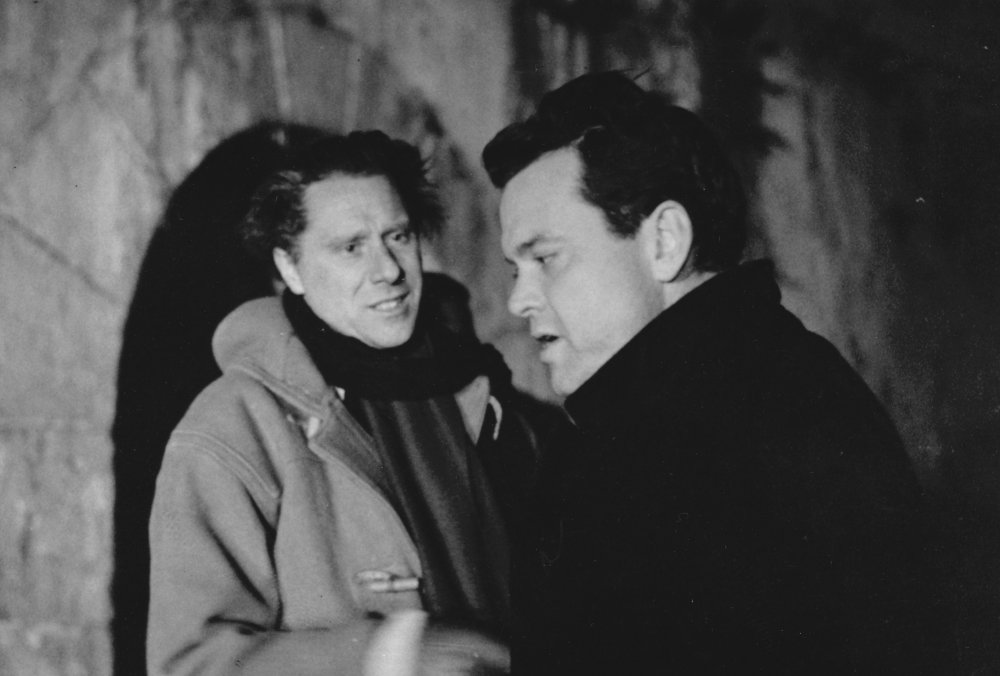 “I don’t take art as seriously as politics.”

Welles was interested in the early civil rights movement and one of his greatest characteristics as a filmmaker was in capturing the essence of the era in which he worked. It took him almost four years to complete Othello (1952) because he went bankrupt and had to stop production several times in order to raise money for the film. He did this partly by taking a much-celebrated acting role in The Third Man (1949). Ultimately, his Othello captures the tragedy and paranoia of America in that very moment in time. 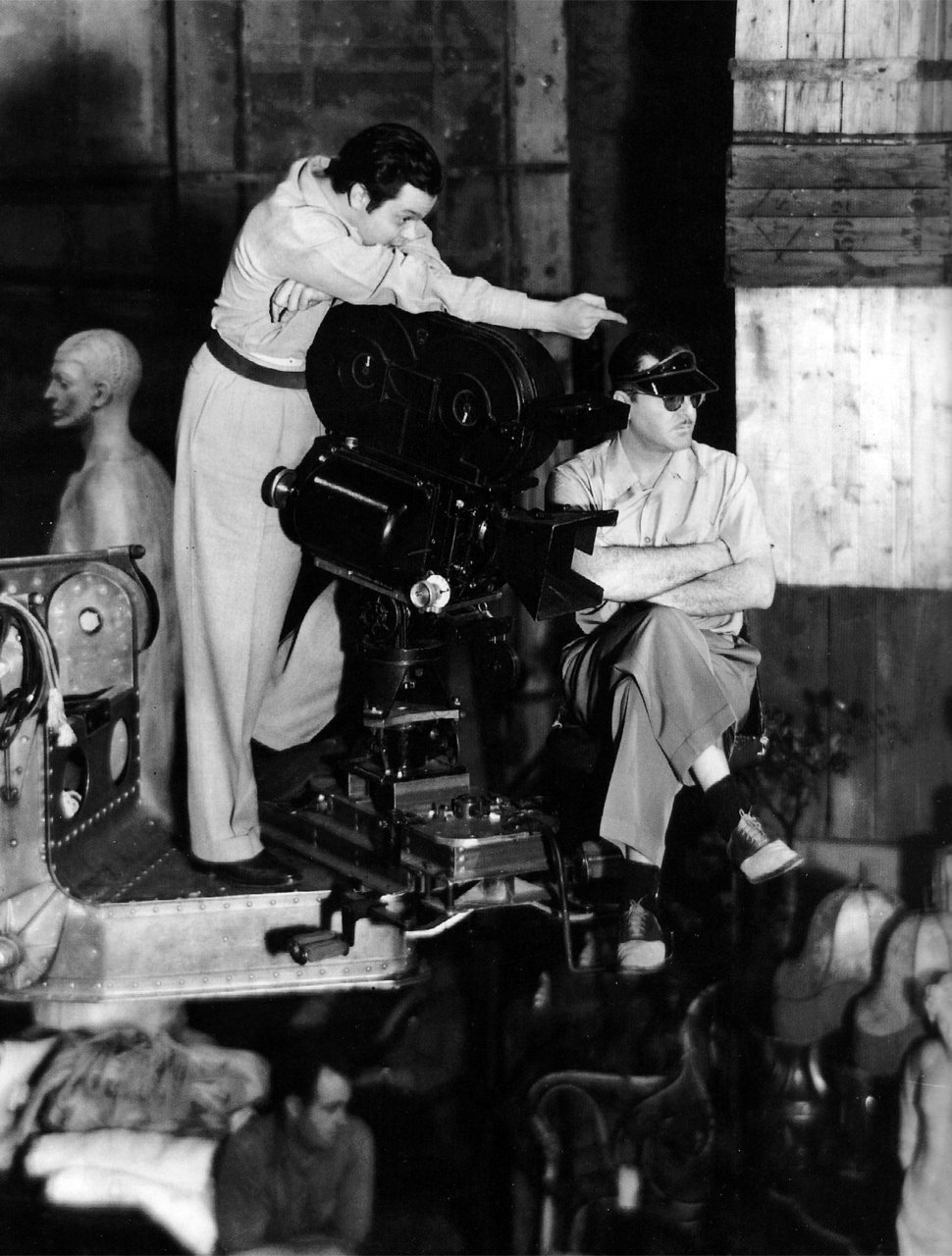 Welles during production of Citizen Kane (1941)

“I was obsessed in my youth with the idea that I would not be a star.”

In 1937 Welles had his first Hollywood screen test. His work in theatre and radio elicited tremendous reactions, including a full-scale national panic when radio listeners took his war drama to be fact. The success gave him a strong determination to succeed in film. Welles’s first day as a film director was the first day he had ever set foot on a movie set. He loved the medium’s potential for trickery and innovation. However, he hated the ‘boy wonder’ nickname that was soon bestowed on him, and he often proved too much of a challenge for Hollywood. None of his movies received a wide distribution except for The Stranger (1946), and he was not credited for all of the films he had worked on, including Journey into Fear (1942) and Black Magic (1949), upon their release.

Related to The magic of Orson Welles