Lotte Reiniger and The Star of Bethlehem

Find out about the making of a festive short that gives the Nativity story a gothic twist. 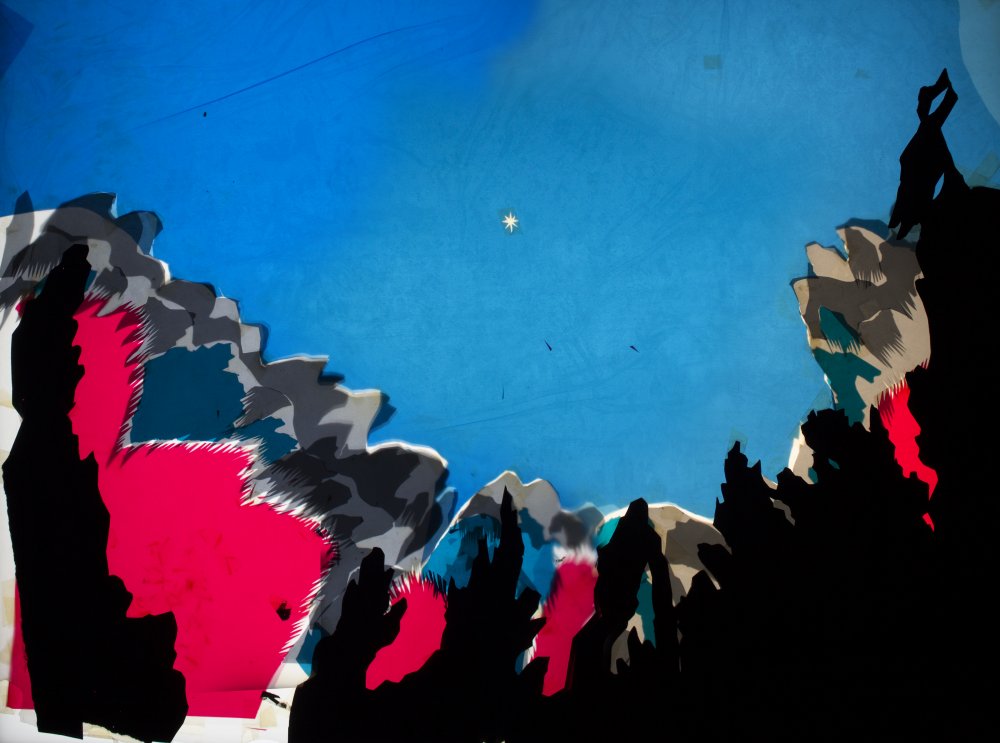 Background for The Star of Bethlehem (1956)

Lotte Reiniger (1899-1981) is perhaps most famous for creating the earliest surviving animated feature film The Adventures of Prince Achmed (1926). Her immediately recognisable animation style uses delicate silhouettes to conjure the storybook images of the fables she adapted. Her 1956 film The Star of Bethlehem retells the Nativity story with her own unique blend of gothic-infused fairytale elements.

The familiar story sees Joseph and Mary return to Bethlehem where, unable to find room at an inn, they stay in the stable where Mary gives birth to the baby Jesus. Angels appear to shepherds in the fields and a new star shines in the sky, guiding the kings of foreign lands to come and worship the holy infant.

Determined to prevent the kings from reaching Bethlehem, a swarm of devils rise out of the mouth of hell, causing a landslide, a sandstorm and a sea storm in hope of stopping the journey. The kings overcome the hurdles and arrive at the stable where they present the baby Jesus with gifts, while a court of angels sings in the sky.

Lotte Reiniger made The Star of Bethlehem during her most prolific period. After settling in England following years of a nomadic existence trying to escape Germany during the Second World War, she created a series of shorts adapting classic fairytales such as Sleeping Beauty (1954), Thumbelina (1955) and Hansel and Gretel (1955). She deposited her collection of silhouette figures, backgrounds and special effects from this era with the BFI National Archive, where they are cared for in our Special Collections department. The entire collection is now undergoing conservation and digitisation work. 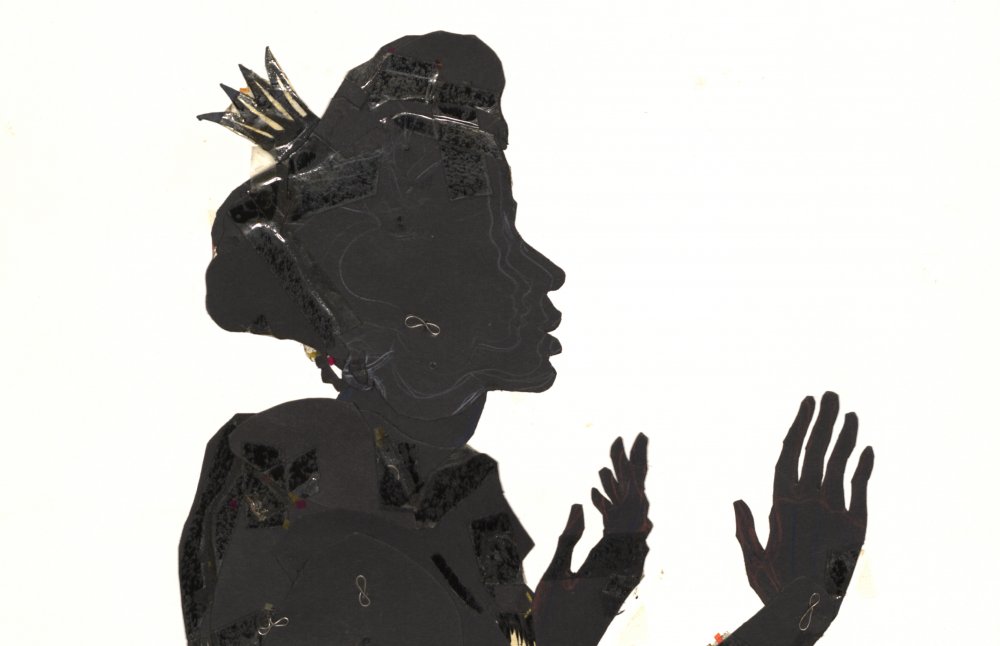 Silhouette figure for the King of Arabia

The majority of the silhouette figures were mounted on boards for display, and can be seen in her studio in the short documentary Lotte Reiniger’s Art (1970) – available on the BFI Player.

Unfortunately the figures were secured using sellotape that now, after 50 years, has degraded, becoming brittle and yellow. When removing the tape, we have to be careful not to damage the material underneath. Many of the figures were made using household cardboard and still retain the words and images from the products they contained.

In order to protect these from the more stubborn tape we use an adjustable heat pen to weaken the remaining glue and free the tape. Crepe erasers remove any remaining tacky residue without damaging the rough cardboard underneath. 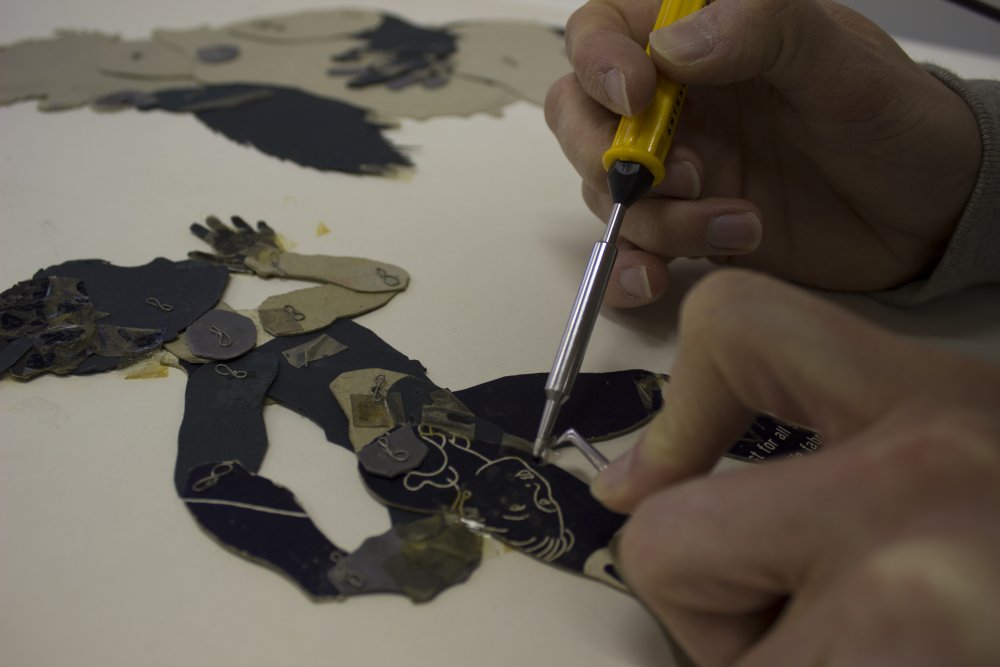 As well as revealing what Lotte Reiniger was eating (some silhouettes were made from food and household packaging), the figures give us a fantastic insight into her working method. She was a master at cutting paper into the most intricate designs, but one area that needed extra attention was the shooting of her characters close up. In order to achieve a closer shot, an entirely new figure has to be created on a larger scale and with more areas of articulation. On the figure of the King of Arabia we see how she gradually grew her design for the head to keep it uniform. Of course, on screen the backlit figure renders this invisible.

The most dramatic sequence is the attack by the devils. Lotte Reiniger adapted stories from all over the globe, but the influence of the gothic tradition in European fairytales is clearly evident in the inclusion of this non-Biblical subplot. 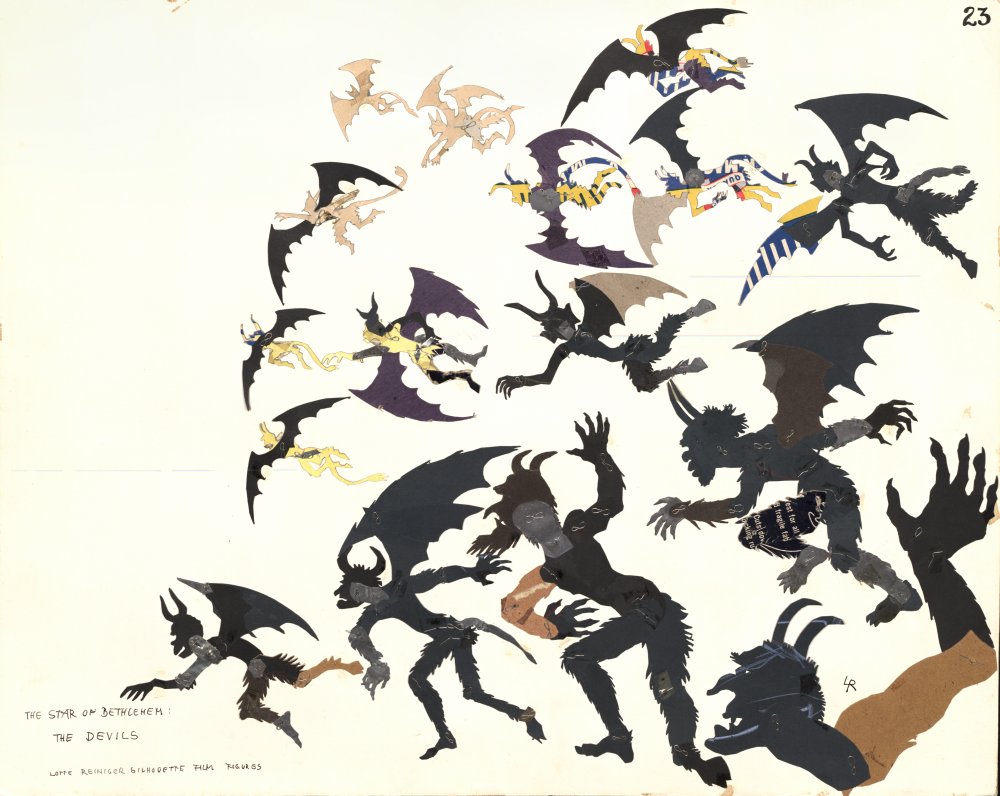 The devils themselves are reminiscent of medieval engravings and gargoyles – they were considered so scary that they were cut from the American release. The sandstorm they send to the King of Arabia was achieved by flicking red paint onto multiple sheets of acetate and moving these at different speeds to create the illusion of sand. 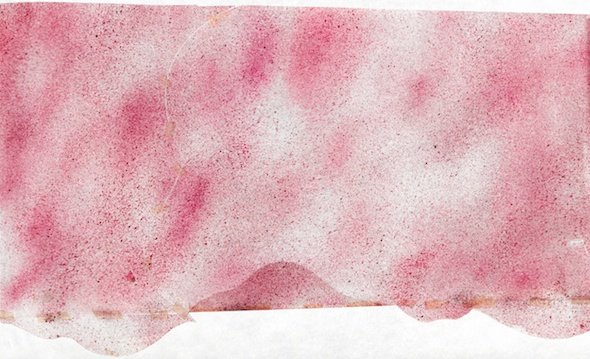 Red paint flicked onto acetate to create the sandstorm sequence

For the settled sand, shards of coloured plastic were dropped on the figures, some of which remain today.

As the collection is conserved, the items are digitised before returning to the archive vaults for safekeeping. The Lotte Reiniger collection can be accessed digitally at the BFI Reuben Library at BFI Southbank and will continue to grow as more work is done.

Beautiful colour backgrounds for The Star of Bethlehem 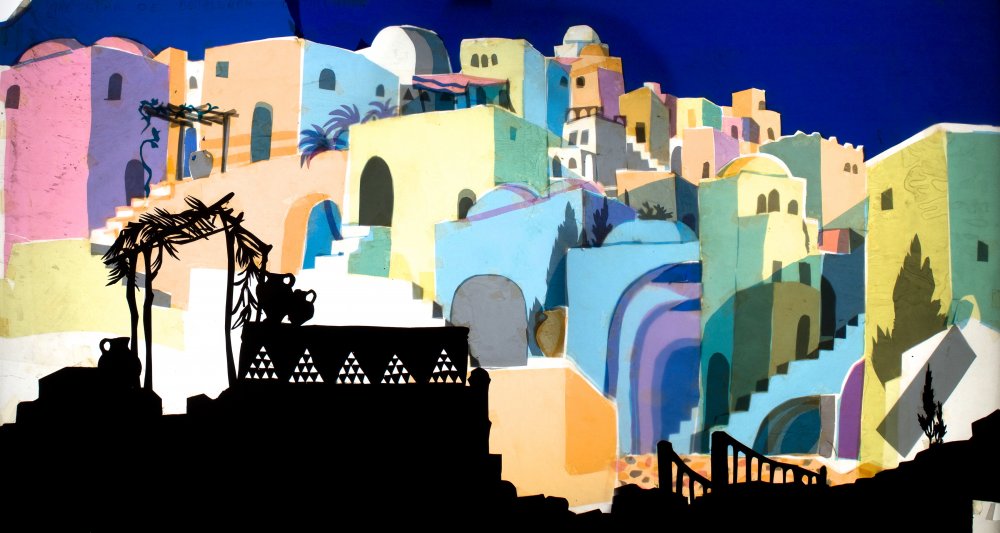 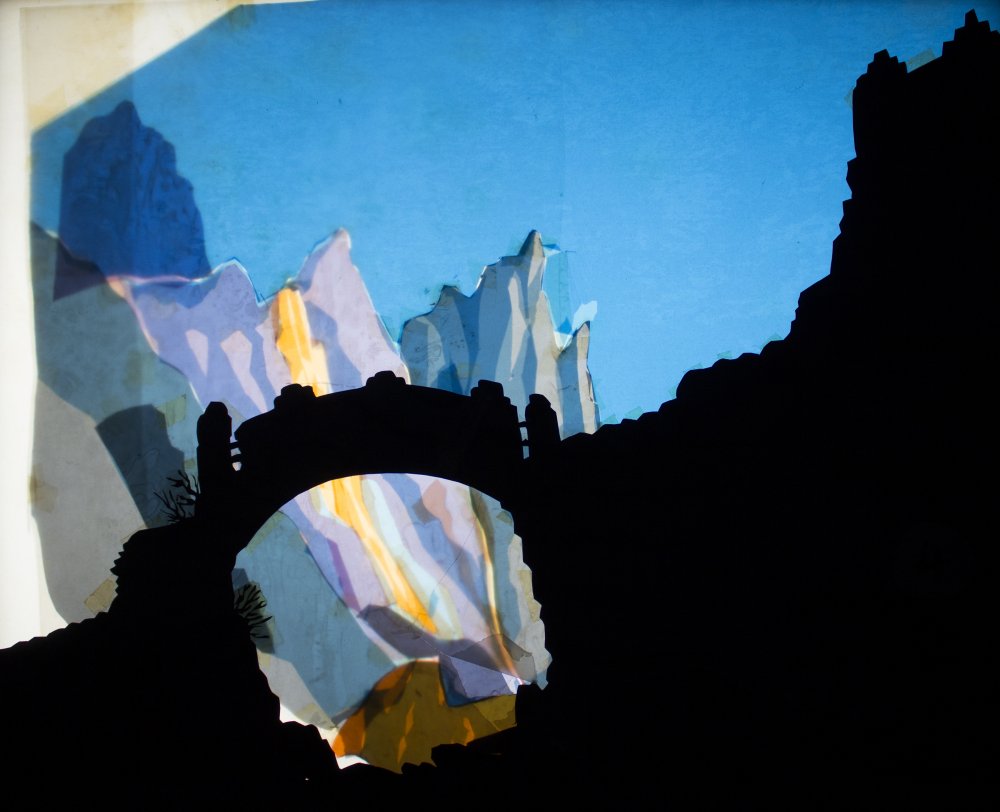 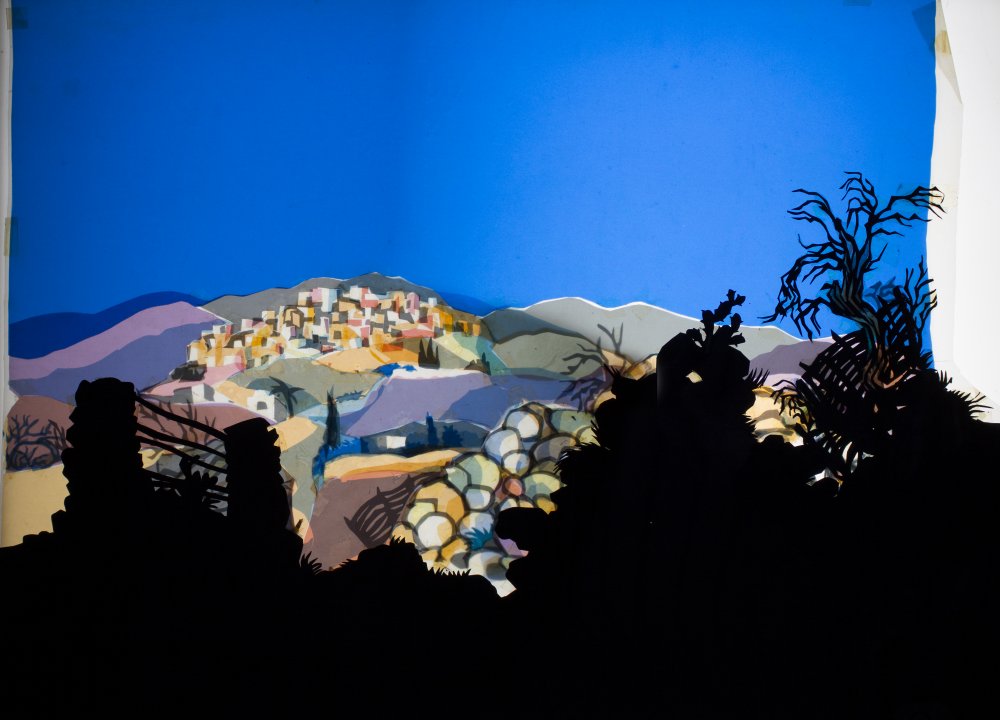 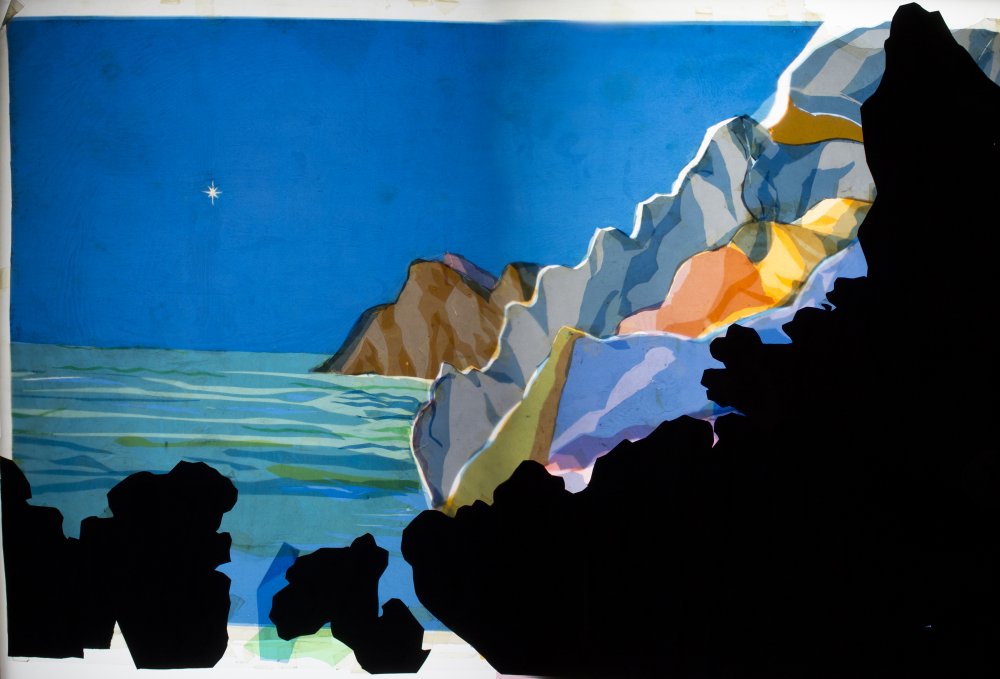 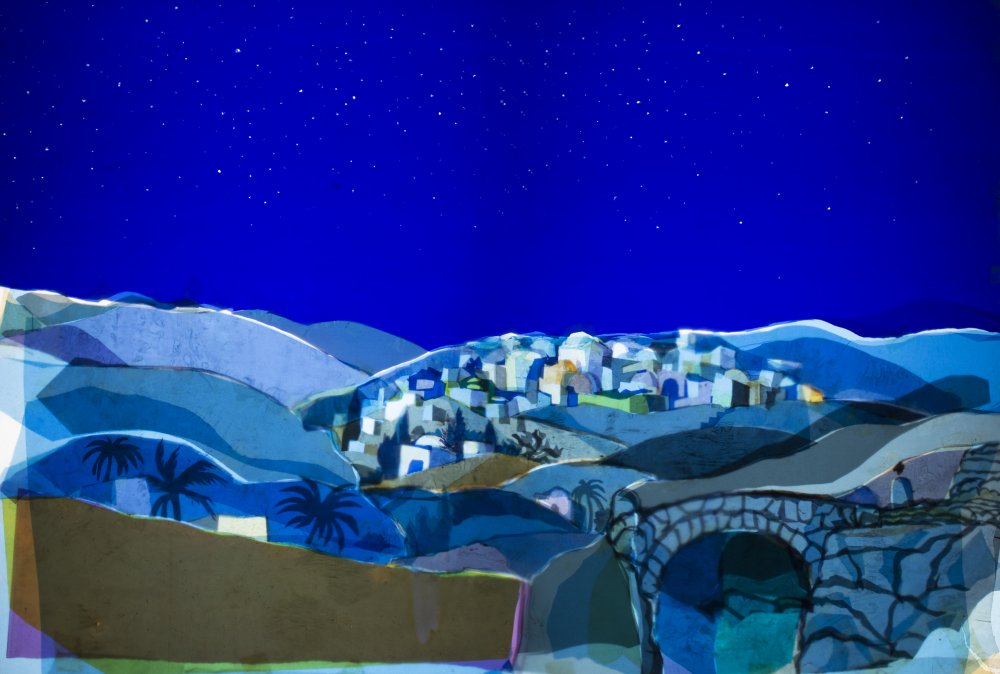 Related to Lotte Reiniger and The Star of Bethlehem