The look of love: designs for Julie Christie’s Doctor Zhivago dress, and more

Explore the art of costume design in some of the great film costume dramas, from David Lean’s sweeping Russian epic Doctor Zhivago to Merchant Ivory’s ravishing A Room with a View. 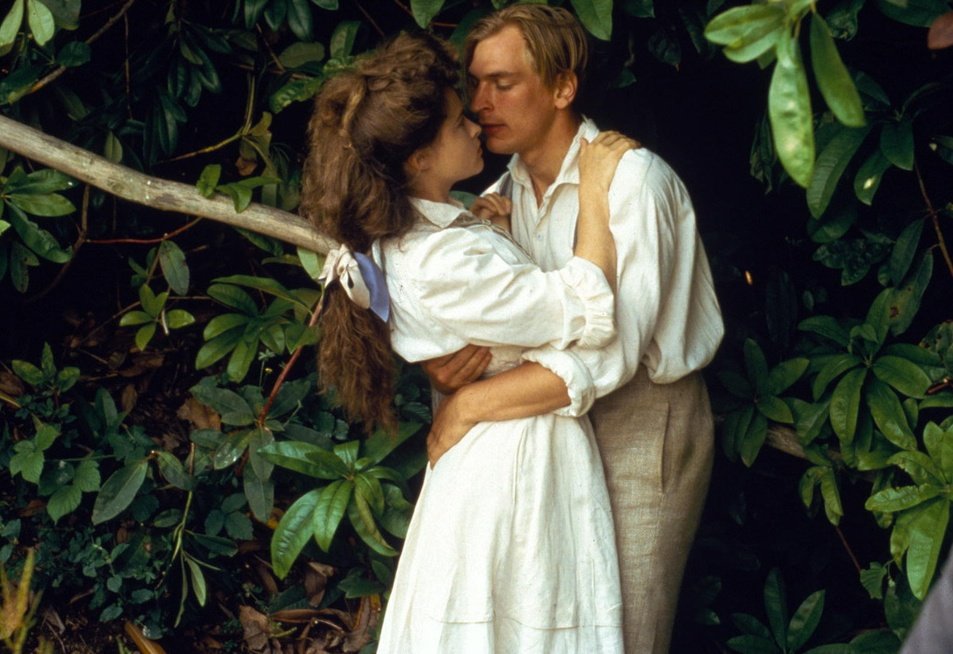 Costume drama is a love letter to a lost world. The romance and exoticism of the past has held audiences enraptured since film’s earliest moments, and costume plays a crucial role in bringing its inhabitants together – from courtship to class, ritual to rebellion. These conjurings in cloth are much more than hemline histories of a particular period. Infused with the details of each character, they betray their very deepest needs, wants and desires.

The first flirtations with a character’s look are often on paper, and we’ve dipped into the BFI’s collection of over 2,000 costume designs to bring you Madeliene Carroll draped in satin and Melina Mercouri ravishing in velvet. With the help of loans from Oscar-winning designer Phyllis Dalton we’re transported to the wintry ice palaces of Russia, before landing in Italy to stand before the painterly visions of Merchant Ivory. Together, they narrate the shifting look of love. 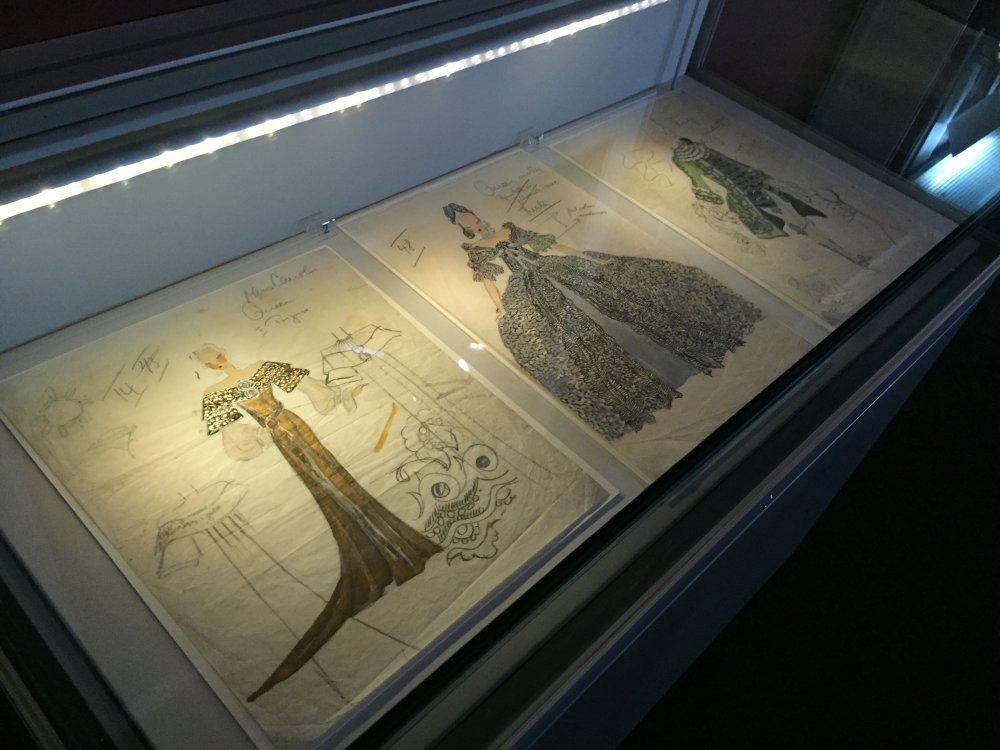 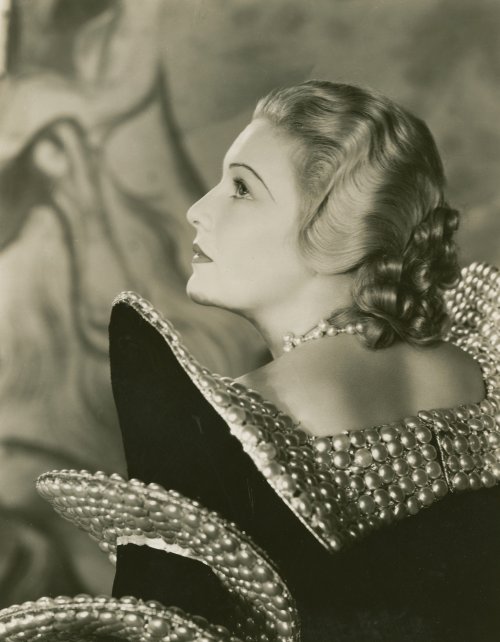 The 1930s is now synonymous with elegance and style, but the period was one of intense change. Sandwiched between two world wars and in the wake of an economic crisis, costume drama responded with confections in satin and tulle that were flagrantly escapist. Narratives of love and romance abounded, and costumes transported audiences to an often-idealised rendering of the past. For The Dictator (1935), Joseph Strassner gilded Madeleine Carroll in satin cut on the bias and ensconced her in jewels and chiffon; a vision of pure decadence. 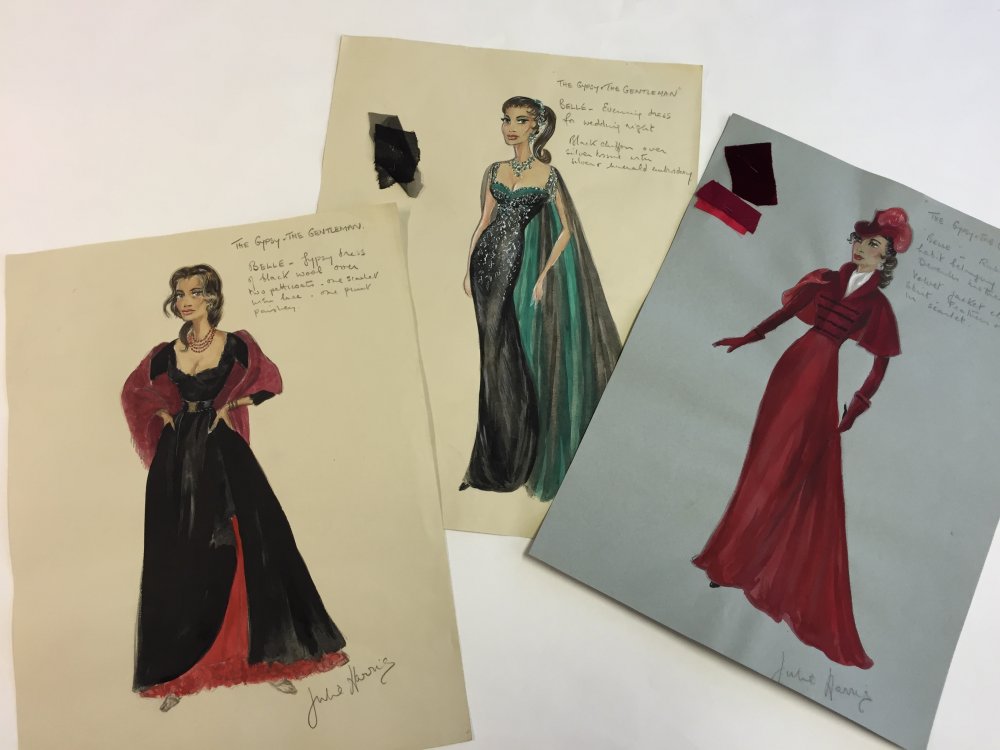 As the Second World War drew to a close, a new fashion silhouette of rounded shoulders, waspish waistlines and enormous, full skirts emerged. These visions of luxury (lead by Christian Dior’s pioneering ‘New Look’), were loosely based on historical precedents from the 19th century, and provided a compelling form of escapism for a war-weary audience. The characters that inhabited these creations became objects of desire: fashioned in opulent velvets and silks, they were coveted for their cloth.

Glamour-attentive designer Julie Harris was asked to forgo historical accuracy to exploit Mercouri’s silhouette for Joseph Losey’s The Gypsy and the Gentleman (1958). Harris refashioned the historical body to a contemporary ideal, consciously moving away from the empire line that would have been in fashion in Regency England. The look underpins Belle’s strident sexuality, using an eveningwear look during the day to indicate her social transgression.

In the following decades, costume design shifted steadily towards the real. David Lean, one of the dominant figures in postwar British cinema was, by the 1960s, directing films on an epic scale. The costume designer on both Lawrence of Arabia (1962) and Doctor Zhivago (1965) was Phyllis Dalton. Dalton is renowned for her attention to the historical while maintaining the texture and urgency of the present moment, working outwards from the script to create memorable and believable characterisation through cloth. To compel audiences into the world of Doctor Zhivago’s two lovers, Dalton employed the details of everyday life. Notebooks and sketches are replete with swatches that detail how the costumes were designed to support the needs of the script – adding depth and emotion to the performances. 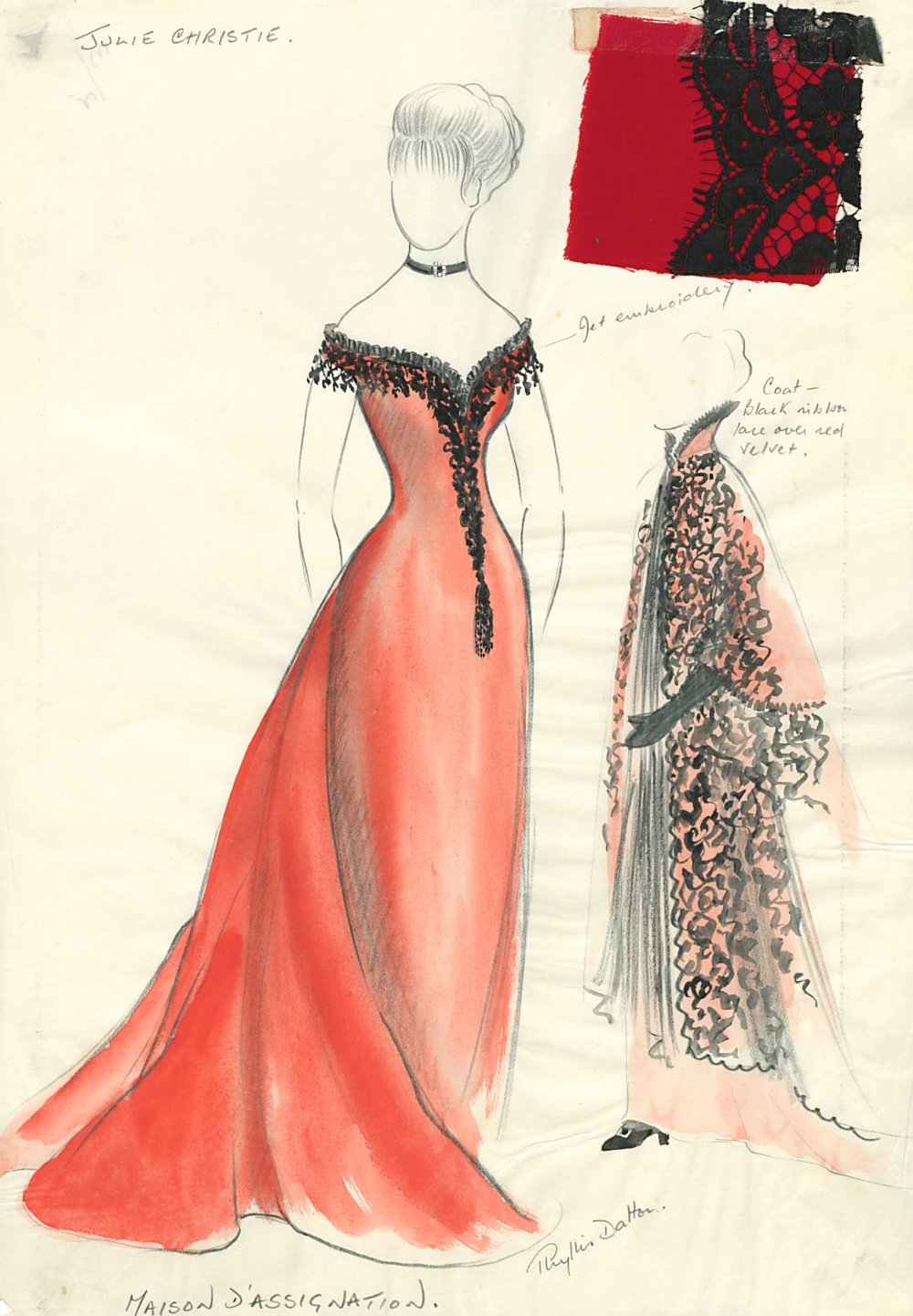 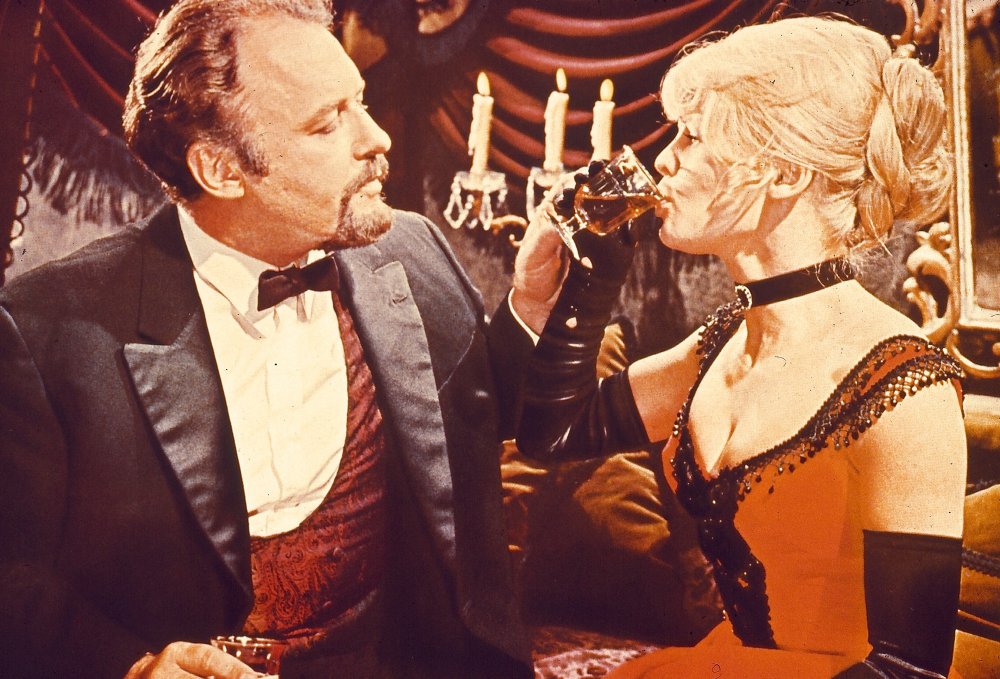 Alongside the sketch, there have always been designers who have started with the body – to cut and drape fabric on a mannequin in intimate detail. This was the process used by the designers at Merchant Ivory in the 1980s. Often based on literary adaptations, the films of Merchant Ivory exported a romantic view of Britain to the world; costumes filled with detail and purpose right down to the last whalebone. The design dream team for 12 of their most celebrated productions was Jenny Beavan and John Bright.

Beavan first worked with Merchant Ivory in 1975. She assisted on a number of beautifully produced but low-budget films for the company until, in 1984, she teamed up with John Bright. Bright had founded the costume company Cosprop in 1965, and shared Beavan’s commitment to historical authenticity.

‘Start from the script’ and ‘start from the truth’ are the founding principles of their work. Beavan chooses to drape directly on the mannequin to find the ‘spirit’ of the character, working with fabric and existing pieces to create the contours and silhouettes that serve both the needs of the narrative and the needs of the actor. 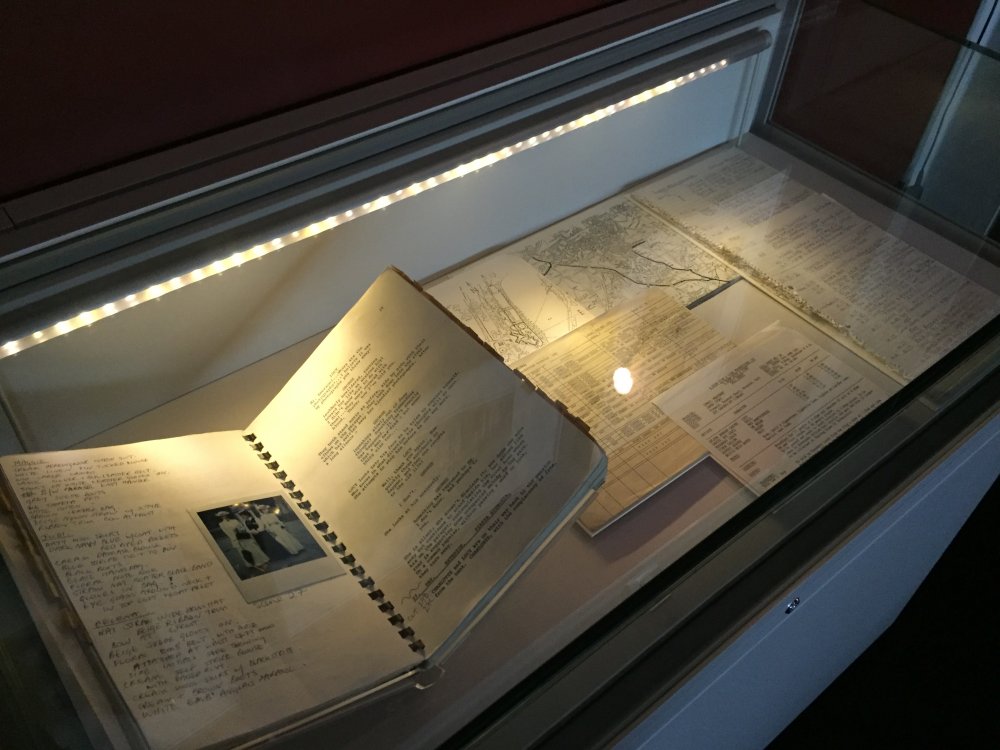 A Room with a View (1985): production papers by Jenny Beavan installed in the In Love with Costume exhibition at BFI Southbank's Mezzanine gallery
Credit: BFI National Archive

Scouring the markets of Paris and London for examples of historic dress, Bright works with textiles and garments that have been made, reworked and reused over centuries – embedded with a life already lived – that he returns to Cosprop to use within his process or inspire new pieces. 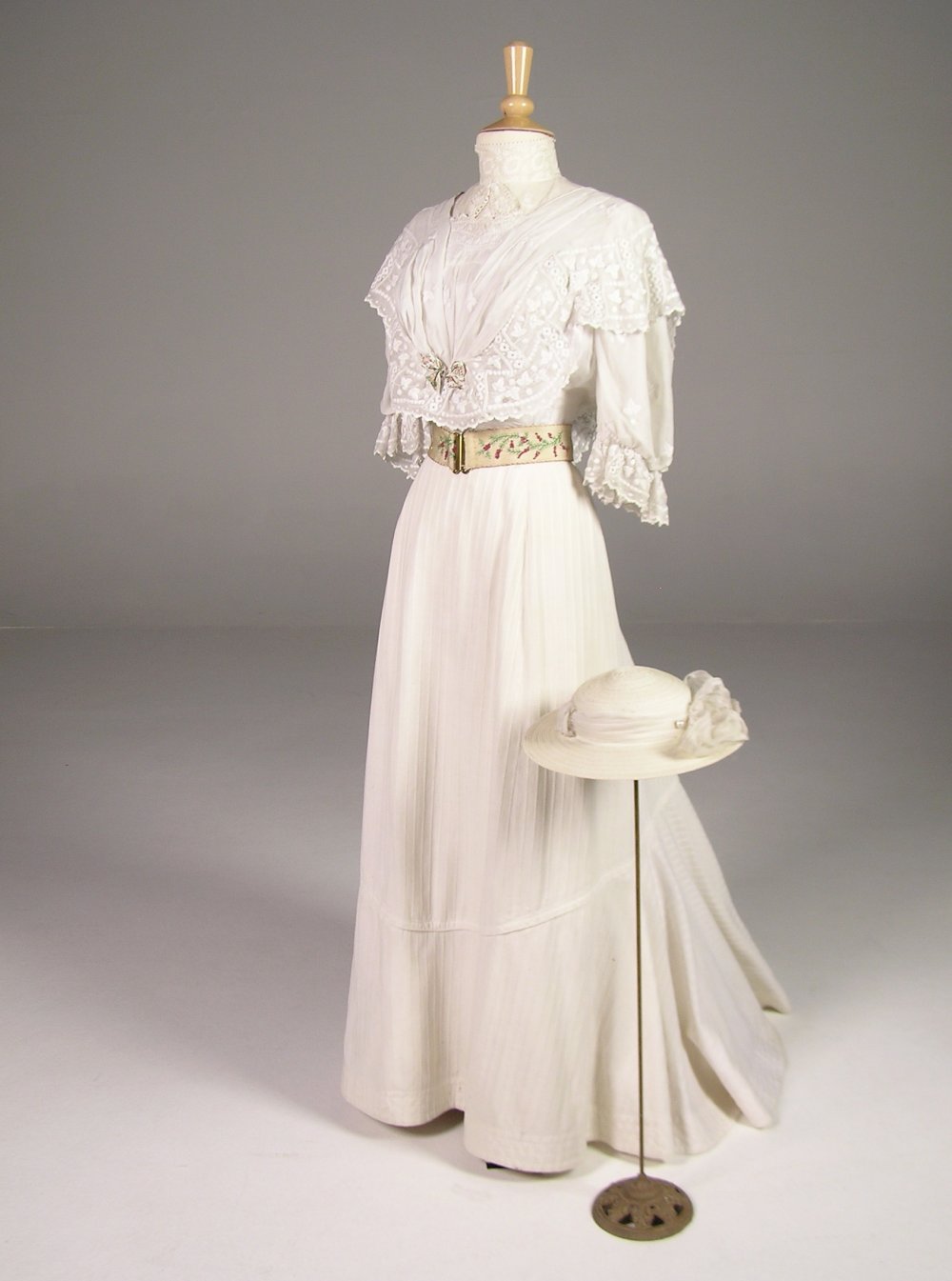 Costume for Lucy Honeychurch (Helena Bonham Carter) in A Room with a View (1985)
Credit: Cosprop

A Room with a View (1985)
Credit: BFI National Archive

And for the past 100 years, costume houses have played a key role in realising these visions. With the help of many hands, costumes are made and remade, often from textiles that have been used and reused. Over time, a costume can be layered with meaning and costume houses are a repository for these stories. So for this display we’ve teamed up with Cosprop, the costume house established by John Bright in 1965, to include glorious costumes from A Room with a View (1985) that celebrate love’s journey from page to screen.