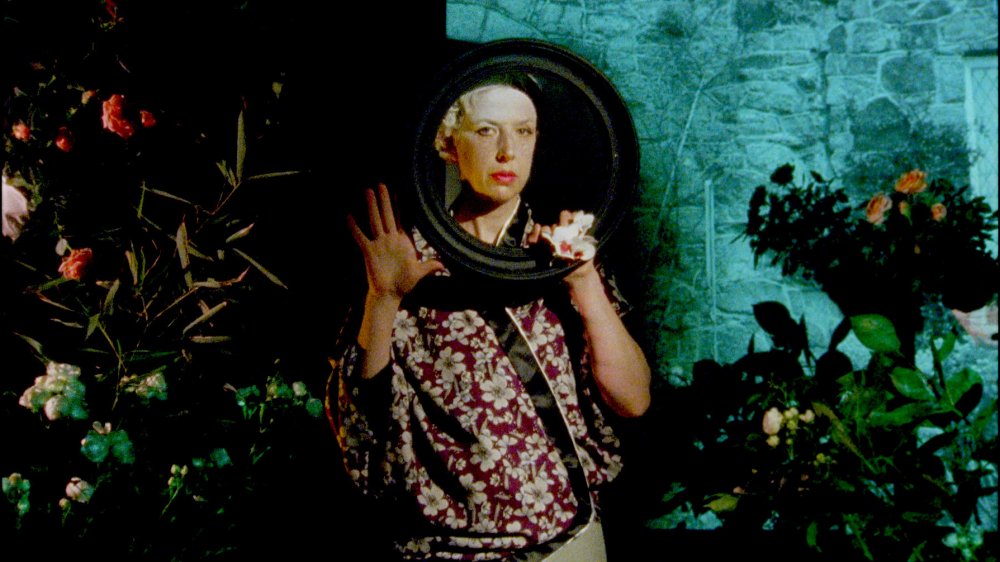 Sarah Pucill’s Confessions to the Mirror (2016)

During the 60th BFI London Film Festival the Experimenta strand hosted a series of five salon conversations between filmmakers and artists with films in the 2016 programme. The Experimenta Salons were conceived as a forum for exploring works, themes and commonalities in more depth than the post-screening Q&A typically allows, and to offer audiences a chance to participate in a relaxed yet engaged exploration of the contributing filmmakers’ and artists’ practices.

Questions of how the past intersects with, and is activated by, the present are concerns addressed in this Experimenta Salon that brings together Sarah Pucill (Confessions to the Mirror) and Ruth Maclennan (Hero City) in conversation with Experimenta programmer and BFI head of cinemas Helen de Witt. Creating dialogues between past and present across spans of time, both artists investigate the role of their own subjectivity in revisiting different pasts, activating those through their individual contemporary aesthetic practice to allow something new to arise from the dialogue.

Experimenta Salon: On the Past, Present and Future of Experimental Film Festivals

Experimenta programmer and director of LUX Benjamin Cook discusses these and other questions with the directors of two of the foremost ‘experimental’ film festivals – Amy Fung, artistic director of Toronto’s Images Festival, and Peter Taylor, director of Berwick Film & Media Arts Festival.

Anja Kirschner (Moderation), Larissa Sansour and co-director Søren Lind (In the Future, They Ate from the Finest Porcelain) are invited into the BFI Studio for a lively conversation with Experimenta programmer and curator of artists’ moving image at the BFI National Archive, William Fowler. From horror to sci-fi and beyond, this salon explores how artist filmmakers are reinterpreting and manipulating genre filmmaking, what notions of genre cinema might mean when situated within an art discourse and other related questions.

In the last of our suite of salons, Experimenta programmer and BFI head of cinemas Helen de Witt takes Christine Molloy and Joe Lawlor’s (aka Desperate Optimists) Further Beyond and Alia Syed’s On a Wing and a Prayer as the point of departure for a conversation about journey, exile, and personal and formal risk-taking. Raising questions about the unreliability of mediation through narrative, and responding to a hazardous situation through recreating and embodying biographical details, both films use bravely exposed formal innovation to throw light on all too current questions of migration and displacement.

Unfortunately the audio for the first Experimenta Salon, with Kevin Jerome Everson and Deborah Stratman, is unavailable for technical reasons.