There’s much to admire in Carol Reed’s noir masterpiece, but its stunning evocation of postwar Vienna is the real star of the show. 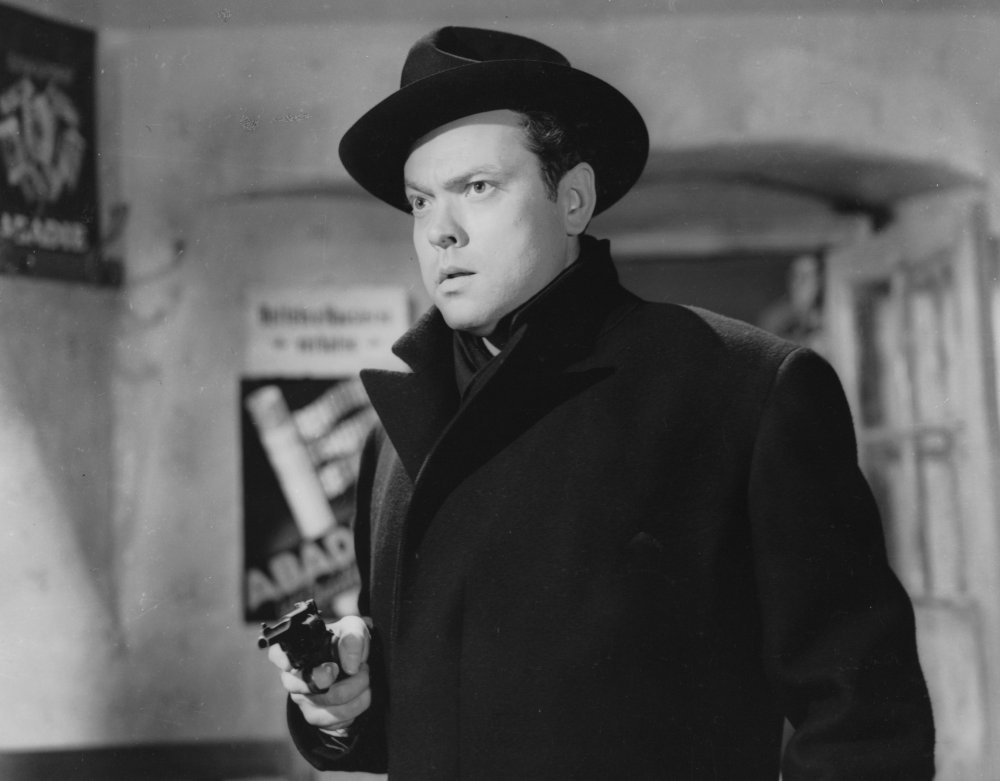 One of the first homegrown films to be shot largely on location, with six weeks of principal photography taking place in Vienna in 1948, Reed’s atmospheric tale deservedly picked up a string of awards. The Grand Prix at Cannes Film Festival, the British Academy Award for best film and the Academy Award for best black-and-white cinematography were just recognition for a film whose sparkling script, striking imagery and instantly recognisable score were the result of the collaborative efforts of its international cast and crew.

British, American, Hungarian, Australian and Austrian filmmakers, writers, technicians, musicians and actors spearheaded a production whose biggest coup was undoubtedly landing Orson Welles in the plum role of unscrupulous racketeer Harry Lime. With Alexander Korda and David O. Selznick producing, Graham Greene on screenwriting duties, Joseph Cotten in the lead role of pulp western writer Holly Martins, the then unknown Anton Karas providing musical accompaniment on the zither and the aforementioned Welles as the titular figure, it’s not hard to see why Reed’s film has proved so enduringly popular. As large as Welles’s presence looms over the film however, it is Vienna itself that can claim the prize of being the real star of The Third Man. 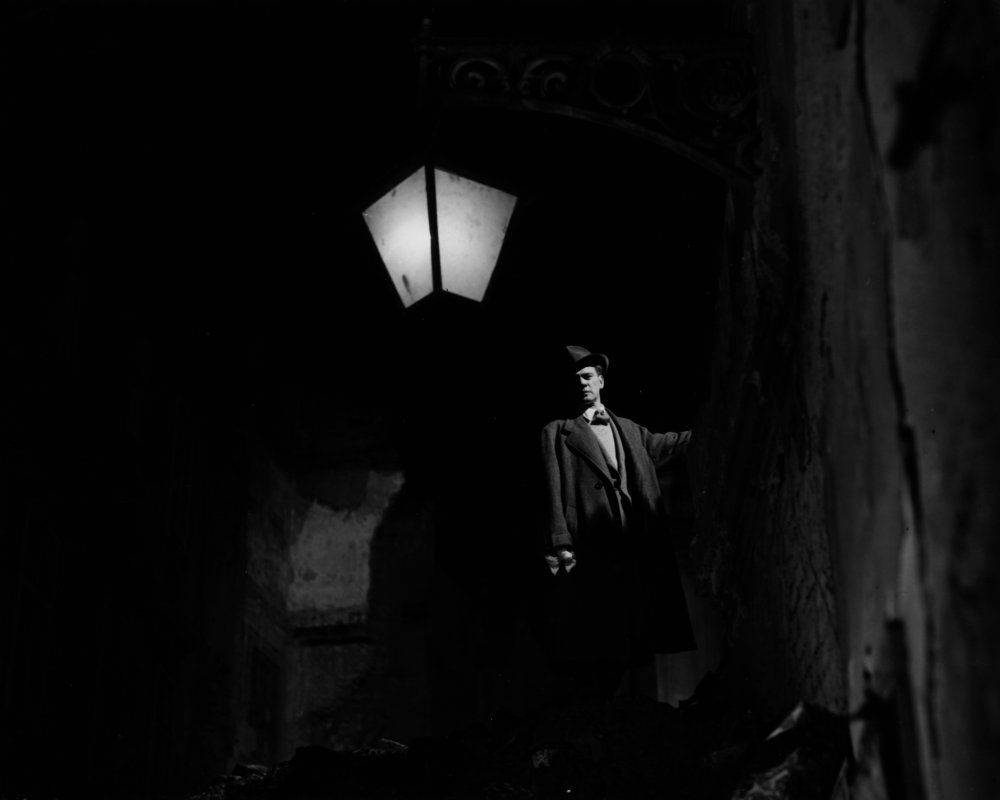 Greene’s treatise on the postwar malaise and cynicism spreading through Europe during the era found its ideal physical and symbolic representation within the Allied-occupied confines of the City of Music. It’s now a cliché to call a film’s location a character in its own right, but Vienna as seen in The Third Man is an exceptional example of just how intrinsic setting is to the success of a film’s narrative.

Not as badly bombed out as London, Paris or Berlin, Vienna afforded Reed, and his Australian cinematographer Robert Krasker, the opportunity to both document a city in transition and manipulate its physical spaces in order to symbolise, reflect and heighten the screenplay’s dramatic moments. As the film’s trailer declared, Vienna was ‘a city fearful of its present, uncertain of its future’ and the multiple teams that worked on a rolling 24-hour shooting schedule captured the damaged geographical spaces and visualised the troubled inner worlds of its inhabitants through a powerful blend of stark realism and, at the opposite end of the scale, German expressionism.

A period of hardship and humiliation for the Viennese was immediately presented in The Third Man during an early montage sequence showing the city’s bomb-damaged buildings and rubble-strewn streets. The film’s lukewarm reception on release in Austria was indicative of how demoralising it was for the nation to see such a reflection of itself, with its capital city’s proud cultural history and architectural splendour overshadowed by racketeering, the ravages of war and the daily struggles of its then impoverished citizens to survive. Alongside Reed and Krasker’s unvarnished documentation of Vienna’s structural damage, an important record of a specific place at a specific time, the overt use of German expressionism and the ‘smoke and mirrors’ magic of filmmaking had a transformative effect on how Vienna was viewed; both as part of the narrative and in reality. 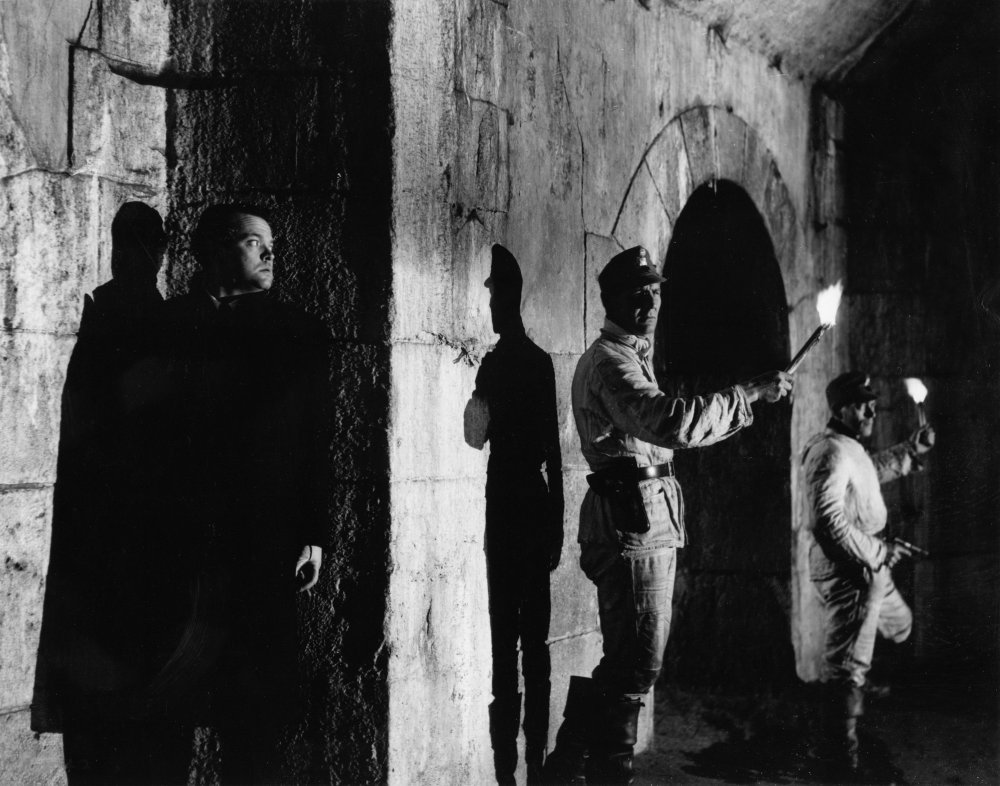 The off-kilter, shadowy lives of The Third Man’s central protagonists – Martins, the elusive Lime, Lime’s lover Anna Schmidt (Alida Valli) and pursuer Major Calloway (Trevor Howard) – were committed to celluloid in fittingly evocative and askew fashion. Dutch angles, chiaroscuro lighting, the oft-used trick of dousing streets with water to cause a reflective, glistening effect at night and the ever present, jarring sight of ornate interiors, and grandiose exteriors surrounded by bomb debris that play host to desperate lives wrapped up in a squalid tale, all coalesced to indelibly imprint Greene and Reed’s vision of Vienna in audiences’ minds. The film is a nothing less than a masterclass in the uses of locations, their onscreen representation and of how artifice informs public consciousness.

In psychogeographical terms, Vienna’s cobbled streets, statues, seedy strip clubs, upmarket hotels, cafés, Grand Ferris Wheel and vast sewer system all play vital roles in conjuring up our idea of the city and its effects on the characters inhabiting it. Similarly, the constructed and fabricated spaces used in The Third Man are equally influential to the image of the place formed in the mind’s eye of those watching the film. Many of the film’s interior sequences were shot at Shepperton Studios after principal photography had finished, and portions of the sewer system and close ups of the arched doorway where Lime is finally revealed as being alive were also reconstructed under studio conditions. Perhaps most famously, the kiosk in the centre of Am Hof square through which Lime disappears into the subterranean tunnels was nothing more than a prop placed there to handily enable Lime’s mysterious vanishing act.

Actuality, fiction and reconstruction converged in The Third Man with such success that it spawned one of the earliest and longest running film location tours. There is a museum in Vienna dedicated to the film, and several websites devoted to the locations used. Even with the film’s awards, critical praise and status as a much-loved classic, perhaps The Third Man’s greatest triumph is the fact that it now plays in Vienna’s Burg Kino cinema twice a week. Once virtually shunned by the Viennese, Reed’s pessimistic thriller has subsequently been embraced and fully integrated into the historical fabric of one of Europe’s grandest cities.