Living on the edge: Hull on film

Curator Simon McCallum finds Hull’s rebellious spirit shines through in films about the city and its people. 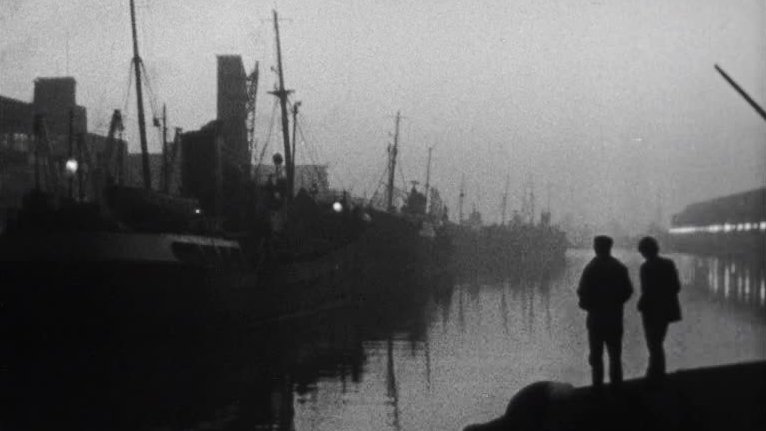 “If anywhere’s the end of England and the end of land, it’s Hull” — John Betjeman

Chances are you’d be hard pushed to name a British town or city that’s received a more prolonged bashing – figuratively and literally – than Kingston upon Hull. From near-annihilation during the Second World War, when it was the most bombed city after London (a hardship concealed from the rest of the country) through the decline of the fishing industry and subsequent underinvestment, it saw out the 20th century well and truly in the doldrums. But nowadays things are on the up in this corner of East Yorkshire, not least with the announcement of Hull as UK City of Culture 2017.

Hull holds few memories for me personally but was once home to my mother’s family. My then teenage grandmother had to be dug out of a bomb shelter when Linnaeus Street was wiped out in 1941. My mother grew up on Lomond Road, before a move up the coast to genteel Scarborough. In the 70s she did the unthinkable, moved Down South and married a Londoner, while my grandfather’s job as a rep for the Bass Brewery took my grandparents north-eastwards to Middlesbrough.

Over two dozen films of Hull, from the collections of the BFI National Archive and the Yorkshire Film Archive, are already available as part of Britain on Film, and I was interested to see how the place had been depicted. Hull’s great and good have one laudable thing in common: contrarianism – from anti-slavery campaigner William Wilberforce and pioneer aviator Amy Johnson to playwright Alan Plater and poet Philip Larkin (Coventry-born but drawn to what he called “the edge of things”). This maverick spirit is about more than just painting the telephone boxes a natty shade of beige. 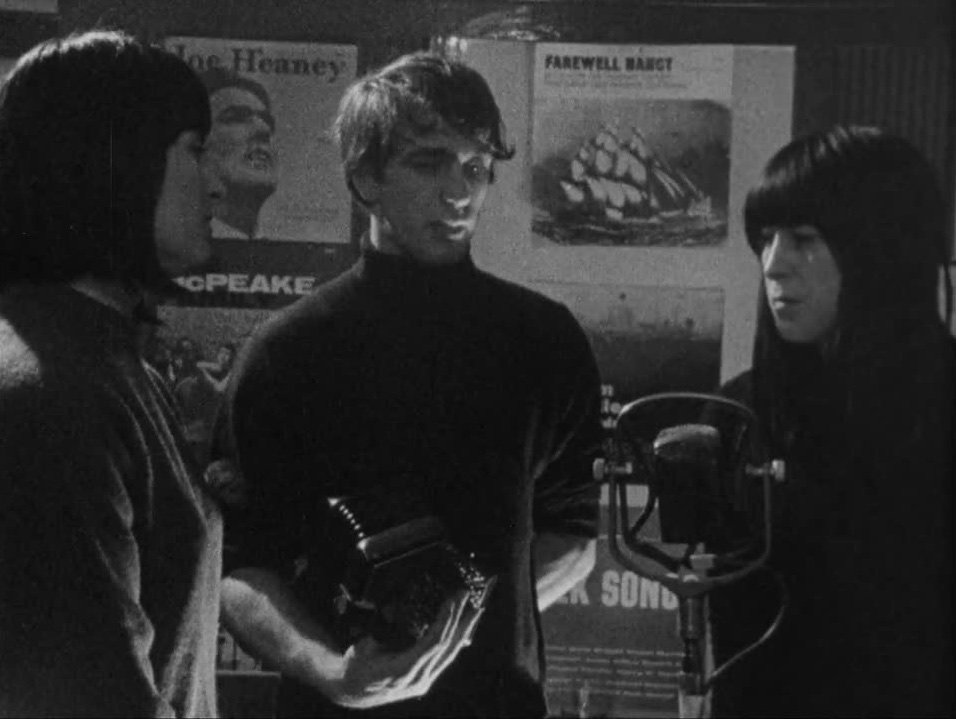 Hull was at the centre of the 1950s and 60s folk music revival, spearheaded by groups like the Watersons who rejected the more mainstream ‘pop-folk’ of Bob Dylan and co in favour of traditional British songs. Documentary innovator Derrick Knight captured them on the cusp of much wider popularity in his 1966 film Travelling for a Living. Though juggling an ever-increasing roster of bookings at folk clubs around the country – hence the title – the film keeps returning to Hull’s pivotal role in their musical output. The house on Louis Street shared by Norma, Mike and Elaine ‘Lal’ Waterson is a focal point; the siblings’ bohemian home life is contrasted with that of bandmate John Harrison, still living with mum across town (“spoilt”, joke the others).

Harrison was the band’s link to the city’s close-knit fishing community, often more akin to Scandinavia than Britain, and he offers an insight into the tough working conditions on the docks. Hull’s seafaring heritage was under threat by the mid-60s, and the film follows the Watersons’ process of research and reinterpretation, breathing new life into the sea shanties archived at Cecil Sharp House in London.

The group would later provide the soundtrack for Alan Plater’s BBC Play for Today Land of Green Ginger (1973), a poetic and witty look at the city through the eyes of a young Hull woman deciding whether to return for good and settle down with her trawlerman boyfriend. (The whimsical title is a real street in the old town.) You can see this play, along with Down Cemetery Road (1964) – a fascinating edition of the BBC’s Monitor in which John Betjeman visits Larkin in Hull – free at . 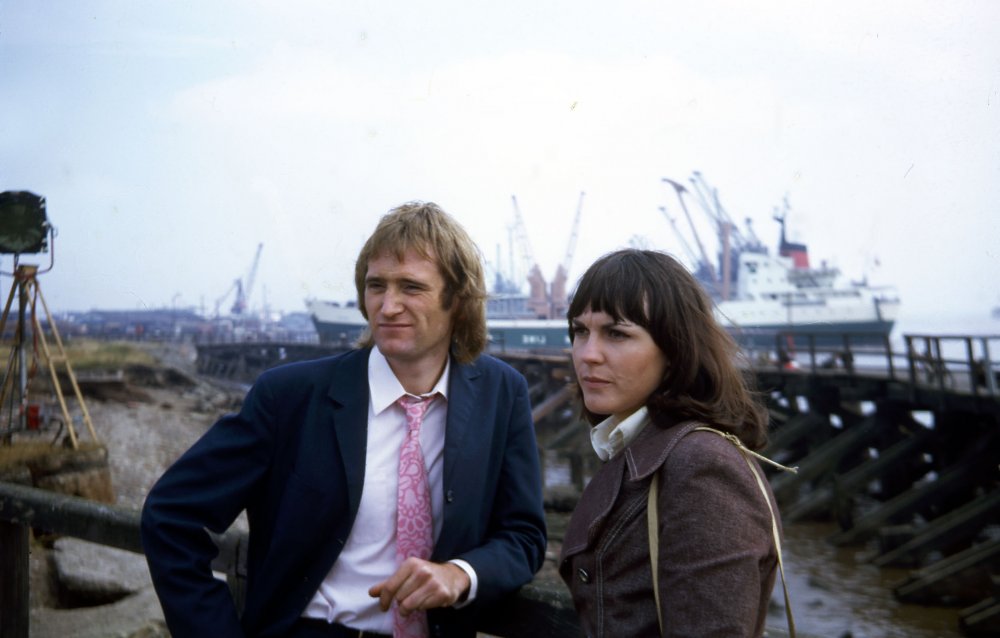 The whaling trade which peaked in the 1830s earned Hull a fortune, and was another source of inspiration for musicians. Mike Waterson is seen visiting the Maritime Museum with the group’s friend and mentor, the great Tyneside folk singer Louis Killen (who later underwent gender reassignment surgery and performed as Louisa Jo Killen).

The Watersons’ songs are washed down with copious pints of local beer, and Norma Waterson recalls the effect of the bombing in shifting Hull’s postwar musical culture into the pubs when the music halls were razed. The film offers some haunting glimpses of the half-flattened urban landscape; with over 90% of housing damaged or destroyed, reconstruction was a slow process. This near-dystopian backdrop is glossed over (to a degree) in earlier films such as Hull Victory Celebrations (1945), where it’s hard not to be moved by the let’s-make-the-best-of-it commentary and the costumed children, parading through a devastated city centre spruced up with bunting.

Looking further back to the early years of cinema, several films documenting Edwardian Hull survive in the Mitchell & Kenyon collection; all the more precious given the enormous changes to the city during the 20th century. The apparently well-to-do Congregation Leaving St James’ Church, Hessle Road, Hull (1902) points to the prosperity of the city’s traders years before economic decline set in, though many workers and their families lived in severe poverty at this time.

There are continuities: Hull Fair (1902) captures a 700-year-old tradition still going strong today, while the grand Victorian parks, seen in films such as Sunday Parade in East Park in Hull (1904), have enjoyed renewed investment from the City Council – though the ‘Sunday best’ is more practical these days.

Flash forward to the golden age of aviation and Hull’s most famous daughter, Amy Johnson. Born in 1903, Amy transcended contemporary conventions of gender, class and education as a true pioneer in a man’s world, becoming the first woman to fly solo from Britain to Australia in 1930. A series of high-profile record attempts and an exhausting round of publicity tours followed. She was deeply uncomfortable with her celebrity status, and attempts to ‘posh up’ her Hull accent left her with a strangely stilted public speaking voice, but there’s something magical about her which still fascinates today.

The BFI National Archive holds the Johnson family’s home movies, donated by Amy’s sister Molly in the 1970s. Filmed by her father, they include shots of Amy at Hedon Aerodrome outside Hull in the 1930s, and at her parents’ new home in Bridlington – seaside resort of choice for Hull’s upwardly-mobile. Her triumphant arrival at Croydon Airport in 1930 can be seen in newsreels such as Johnnie’s Welcome Home; you can also see Amy in action in the spiffing early sound curio Dual Control (1932).

Not long before my grandmother’s narrow escape in 1941, Amy’s plane disappeared over the Thames Estuary as she worked in relative obscurity for the war effort. She was far from home, but this ‘queen of the skies’ is far from forgotten – just one of Hull’s sons and daughters whose rebellious style and sheer determination helped put this fascinating city on the map.