The LGBT film highlights of 2014

It was a great year for gay men on the big screen, but lesbians and trans people may have to wait until 2015 for more exciting representation. 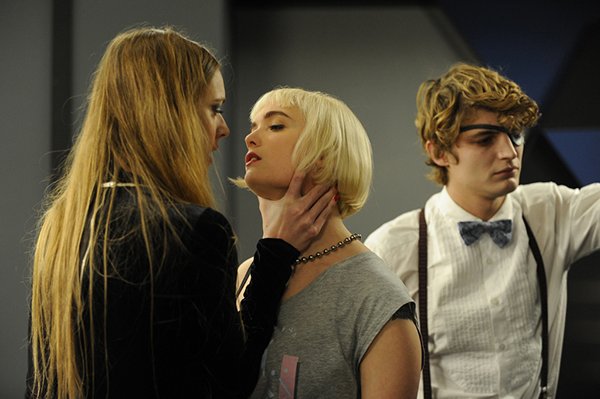 Films about LGBT people are getting seen more widely than ever, with dozens of DVD and VOD releases making queer content available to everyone. Fantastically, a lot of these made it into cinemas across the UK, with films such as Pride and The Imitation Game even enjoying residencies in multiplexes. It was a great year for gay men on the big screen. Sadly, fewer films about lesbians, bisexual and trans people made it onto the big screen, although it looks like they will be better represented next year. But what were the highlights of 2014?

Pride, the moving culture-clash comedy about the gay activists who joined the 1984 miners’ strike in solidarity, was the biggest hit of the year, and looks likely to become a future classic. Its perfect balance of sharp humour and crowd-pleasing celebration made it a hit with audiences and critics, and it romped home with this year’s Queer Palm at Cannes.

Another British hit was Lilting, starring Ben Whishaw as a man grieving his boyfriend’s death, who attempts to connects with the latter’s Cambodian mother, who speaks no English. It was a popular choice to open our newly renamed BFI Flare: London LGBT Film Festival (formerly London Lesbian and Gay Film Festival), and boasts a great performance from Cheng Pei Pei as the stubborn mother. 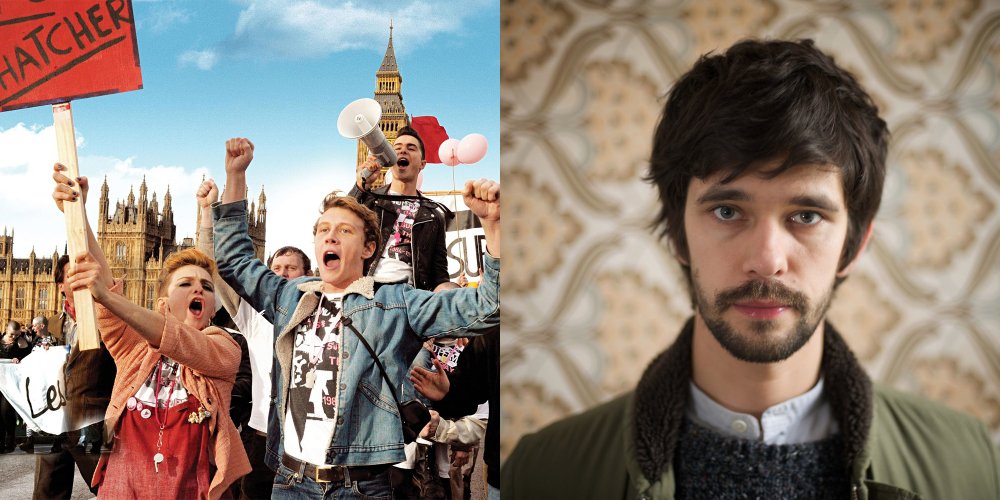 2014 was a fine year for French gay cinema. For my money, the best LGBT film of the year was Stranger by the Lake, which was released in cinemas in the spring after a wildly acclaimed run of festivals in 2013 (Alain Guiraudie won the best director award at Cannes). A potent and sexually explicit exploration of danger and desire, this thriller set on a French cruising ground has one of the best endings of a film this year.

A lush biopic of fashion designer Yves Saint Laurent and bawdy comedy Me, Myself and Mum got mixed reviews, although the latter won the César (the French equivalent of the BAFTA) for best film. You and the Night, one of my favourite films of 2014, queer or otherwise, had little fanfare on its UK film release, despite being named one of Cahiers du Cinéma’s best films of the year (in 2013). It is a gorgeous and outrageous film, with a glorious soundtrack from M83, a scene-stealing transgender maid and a woman enthusiastically climaxing over Eric Cantona’s face. 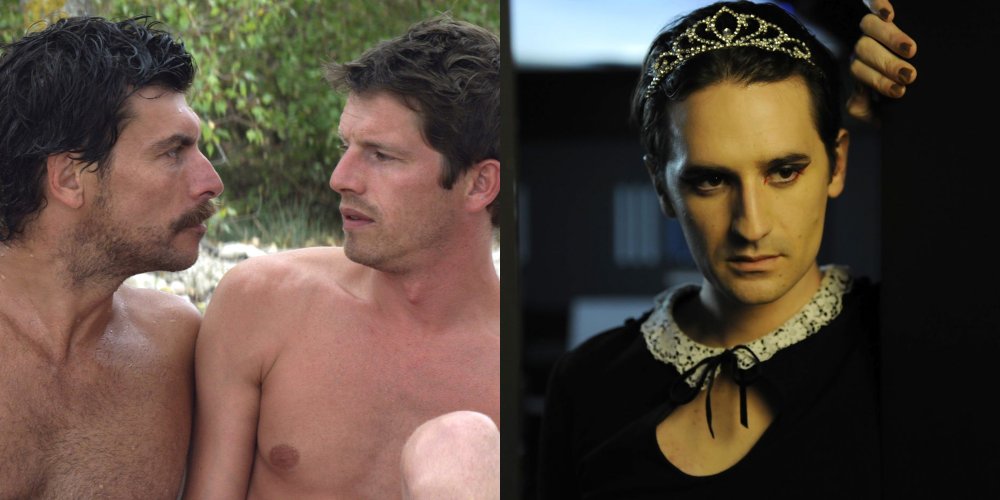 Xavier Dolan kept up his film-a-year pace with Tom at the Farm, an atmospheric and at times scary psychological thriller about a gay man who pays a visit to his recently deceased boyfriend’s family, only to find himself in the middle of a dangerous game of deception. It’s a good film, and a massive step up from Laurence Anyways (2012), his wildly self-indulgent epic about a trans woman adapting to her new life, but for me he’s never quite managed to capture the urgency of his compelling debut I Killed My Mother (2009), made when he was 17.

Dallas Buyers Club won two acting Oscars, for Matthew McConaughey, who gave a great performance and a terrible acceptance speech, and Jared Leto for his portrayal of a trans woman with HIV. While his character, Rayon, is sassy and fun, adding humour to a potentially dark film, the role and his performance have come under criticism, with people demanding to know why a straight cis man, rather than a trans woman, was cast in the role. Others criticised the superficiality of the performance, claiming he played Rayon as if she were a drag queen. In a weak year for supporting roles (Michael Fassbender in 12 Years a Slave was the only serious competitor), Leto’s victory wasn’t a surprise. How that victory will look in a couple of decades is another matter. 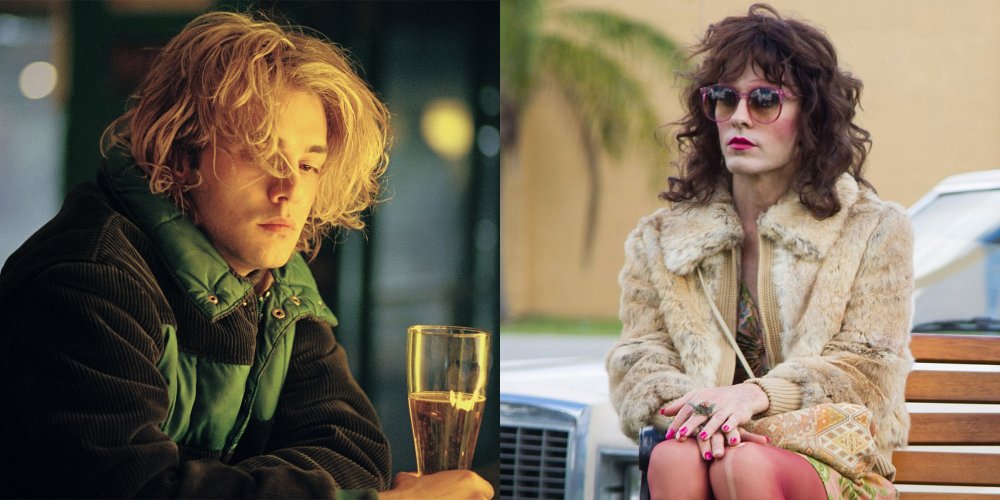 While some great lesbian films was shown in festivals, disappointingly few of these made it into cinemas, even on the arthouse circuit. There was no equivalent of Blue Is the Warmest Colour (2013) or The Kids Are All Right (2010) this year. The biggest release was Concussion, an intelligent and intriguing tale of a gay woman who becomes a sexy escort following a car accident. Stacie Passon’s film benefits from an excellent lead performance from Robin Weigert and was a hit at Sundance and the BFI Flare Festival. But my favourite lesbian film was more traditional – the melodramatic Reaching for the Moon, about the love affair between American poet Elizabeth Bishop and Brazilian architect Lola de Macedo Soares. Glória Pires is terrific as Soares, and though some found the score overbearing, I thought it added hugely to the complex emotions on display. 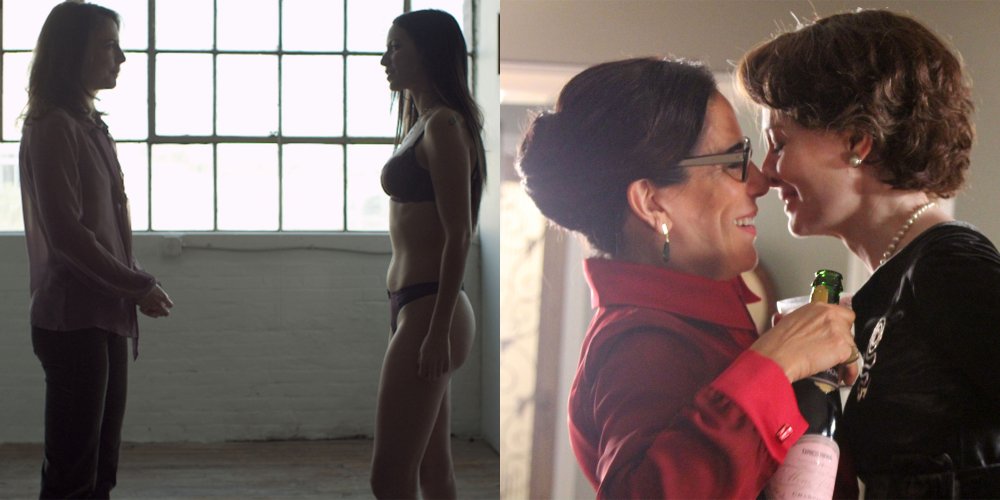 Speaking of awards, two performances of queer men stand a fighting chance come Oscar season. The Imitation Game got strong reviews, and Benedict Cumberbatch deserves at least a nomination for his portrayal of Enigma code-breaker Alan Turing, whose subsequent hounding by the British courts for his homosexuality is one of Britain’s most shameful legal incidents of the 20th century. True, Cumberbatch offers a remixed version of his Sherlock schtick, but it works well. And though he is never specifically identified as gay (does he need to be?), Ralph Fiennes’s campy hero in The Grand Budapest Hotel is one of the most loved cinema characters of the year. 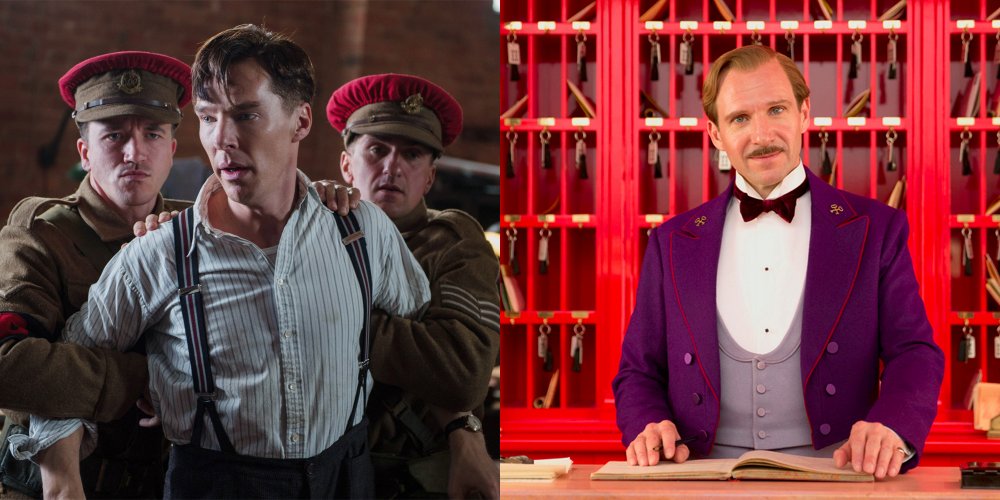 Some films got a very brief cinema release. In the case of Cupcakes, an Israeli comedy set around the Eurovision Song Contest, deservedly so. It’s a real step down from talented director Eytan Fox (Yossi, The Bubble). G.B.F., a very funny Mean Girls-esque comedy set in an American high school deserved more attention than it got. Rounding off the year is the excellent Eastern Boys, released this month, in which a gay pickup turns suddenly – and sexily – dangerous. It’s from Robin Campillo, the writer of the Palme d’Or-winning The Class (2008).

The queer prizes at the three major European film festivals went to Pride at Cannes, Les Nuits d’été (a film I have yet to see) at Venice and The Way He Looks at Berlin. The last of these has received very positive reviews ever since, and has been put forward as Brazil’s entry for the best foreign language Oscar. While it’s rare to see the sexuality of a blind protagonist explored on screen, it plays everything a bit too safe for my liking. I might have loved it had I seen it as a teenager, but for me it was a bit bland. 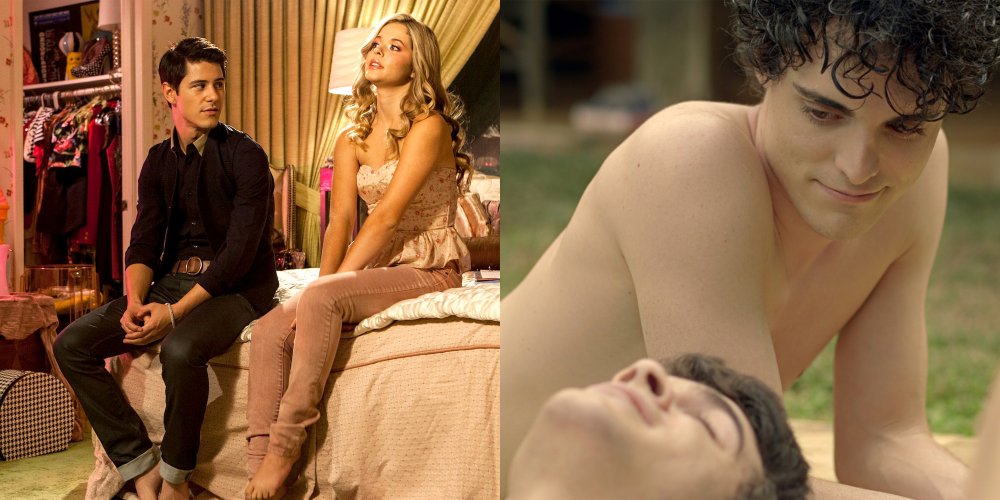 It was a strong year for LGBT documentaries. I Am Divine, about the Queen of Cult and John Waters icon, was a barrel of fun, and offered new insight into the life of the fierce drag queen. The Case against 8 was a thorough and moving exploration of the battle to overturn Proposition 8, the California legislation banning same-sex marriage in the state. The Circle, a drama-documentary about a pioneering gay organisation in 1940s Zurich which received its UK premiere at Fringe! Queer Art & Film Fest, offered a very moving hidden history up for reappraisal (and was one of the few recent Swiss films to get a UK release).

My favourite documentary of the year was The Punk Singer, about feminist icon Kathleen Hanna, a key figure in the Riot Grrrl movement who fronted Bikini Kill and Le Tigre. I wish it had focused a little more on the LGBT issues explored in her work, but it’s a minor quibble in a warm and moving doc. 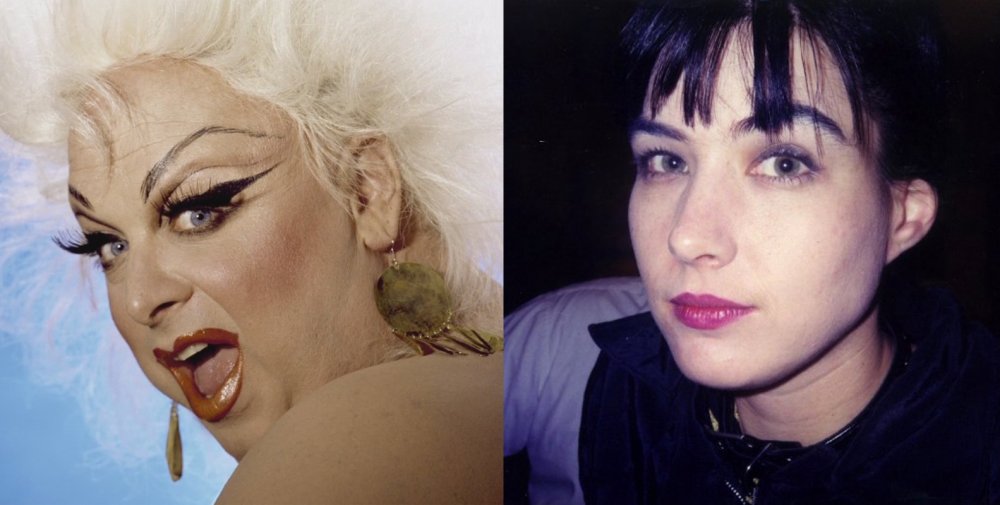 Three more LGBT highlights to look out for: Love Is Strange (from Keep the Lights On director Ira Sachs), Appropriate Behaviour (the funniest comedy I saw at the LFF) and South Korean thriller A Girl at My Door, with an excellent turn from Cloud Atlas star Bae Doona. 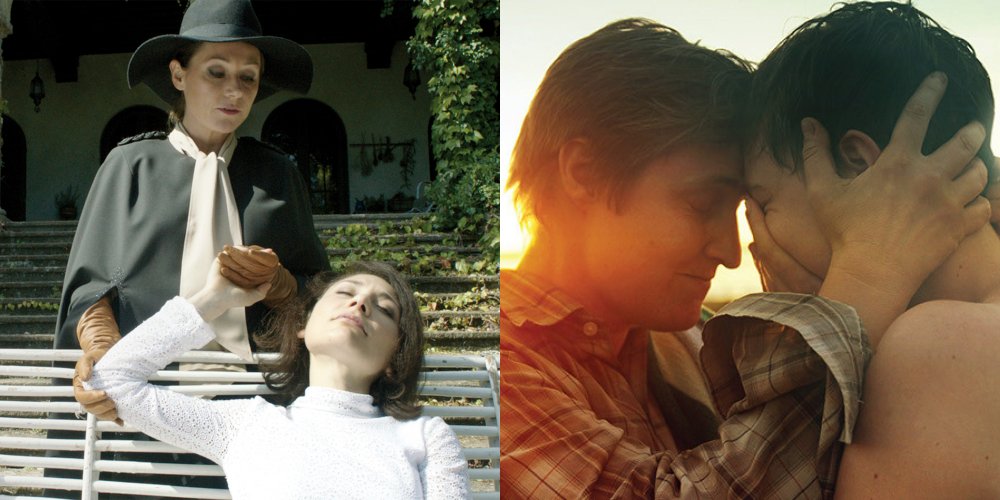 I also can’t wait to see German werewolf flick Der Samurai, Greek Cannes hit Xenia, new films from Carol Morley, Céline Sciamma and François Ozon, and, of course, what our programmers come up with for the BFI Flare: London LGBT Film Festival in the spring. It looks like 2015 is going to be a great year …