Personal, social and historical trauma in five films from Dare at the LFF

Paul Ridd explores the theme of trauma, and ways to cope with it, binding together five highlights from the Dare strand at this year’s BFI London Film Festival. 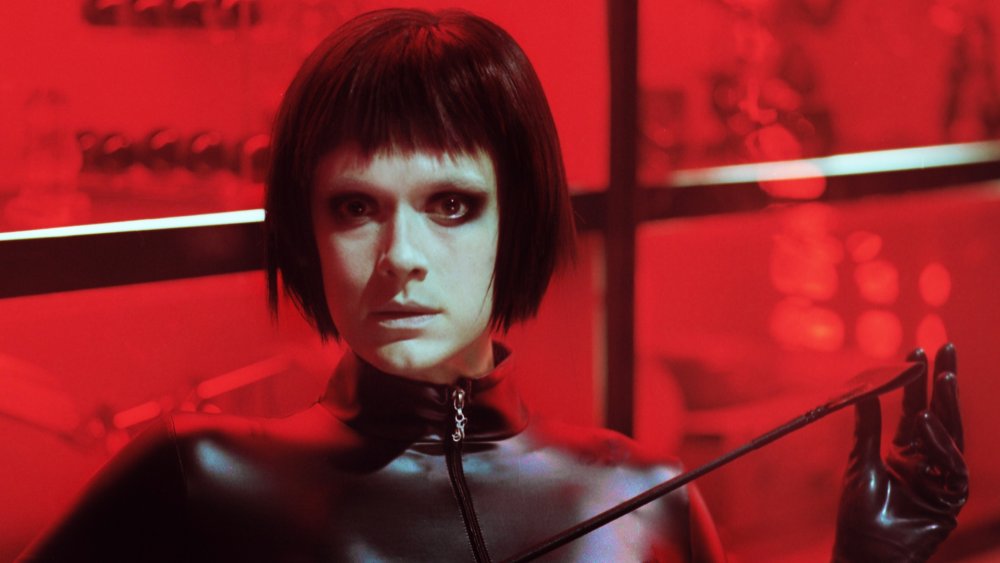 In a strand dedicated to formal and thematic daring in filmmaking, it’s no surprise that the darker side of the human experience is reflected in diverse and inventive ways across the Dare section at this year’s LFF. This can be seen both in terms of the stories explored and the style choices made in telling them. Taking a look at the whole section, in which films from around the world bounce off and connect with each other in interesting and exciting ways, a big theme to emerge is trauma and how characters deal with different types of it – whether individual, collective, historical or mental.

There are richly psychological films to be found here about individual loss and the coping mechanisms people deploy to deal with grief; sprawling films about social groups dealing with trauma together or breaking apart; epic and intimate films exploring historically suppressed traumas; and films about people dealing with mental trauma and illness. They can range in mood and register from the profoundly melancholic to the achingly funny, sometimes across the same film.

Here are five examples to whet your appetite for the films to come:

Thankfully, the temptation to pathologise kinky sex so often leaned into by films on the subject is neatly subverted here by surprisingly frank, fun and explicit sex scenes. They provide bursts of colour, eroticism and queasy joy to a film otherwise defined by an atmosphere of grief and psychological introspection.

Grief and trauma on a larger, more collective and societal scale is explored in French-Canadian director Denis Côté’s striking film Ghost Town Anthology about a snowbound Quebec town visited by the zombie-like spectre of dead residents in the wake of a tragic accident. A cross-sectional exploration of a town effectively under siege by the past, it’s a canny genre hybrid. At once an affecting slow-burn exercise in tension – veering occasionally and expertly into overt horror territory – the film also vividly explores the specificity of a depressed town robbed of industry and appearing to decay in front of our eyes.

As the ghosts grow in number and events grow more bizarre, Côté makes a virtue of his low-key observational style to explore the weight of genre signifiers – ghosts, zombies, levitation, even jump scares – as transposed to the world of social realism.

Watch The Miracle of the Sargasso Sea trailer

Exploring similar territory, but even more formally ambitious, culturally specific and politically agitated is Syllas Tzoumerkas’s utterly unique Greek film The Miracle of the Sargasso Sea. Here, the investigation of an apparent suicide in a depressed town by an alcoholic and depressed chief of police turns out to signal something far more sinister, with damning implications across the town hierarchy. Dazzlingly shot and edited in a manic, often brilliantly disorientating style, Tzoumerkas deploys some of the very best actors of the Greek weird wave to great effect. He also creates his own unique film style to create a narrative that’s indebted to the tropes of film noir and cop thrillers, while also evoking financial depression, desperation and demented psychosexual perversity against a backdrop of financial and psychological depression in small-town Greece.

With his latest genre experiment, Zombi Child, French master Bertrand Bonello is more concerned with exploring the past in order to find the roots of collective trauma and historical guilt in the present. The film deftly cross-cuts a story of zombies in 60s Haiti with modern-day schoolgirl intrigue in which a group of young women become embroiled in voodoo and dark practices as an expression of their burgeoning sexuality. Rich in mood, eerie beauty and sensuality, it’s a fitting follow-up to Bonello’s wonderful Nocturama (2016) and similarly preoccupied with a confused and befuddled youth grappling with a disorientating present full of the ghosts of a shameful colonial past.

Watch the Love Me Tender trailer

And finally, one of three films exploring mental health and trauma in a more direct way, Klaudia Reynicke’s brilliantly idiosyncratic Swiss film Love Me Tender complements spunky German film System Crasher – about a problem child – and British director Craig Roberts’ dryly funny depression drama Eternal Beauty, by examining an agoraphobic young woman and her first real encounters with the outside world. These come in the wake of her mother’s death and father’s disappearance. Popping with colour, inspired magical realist flourishes and boasting a remarkable central performance, the film brings optimism and light to what might have been a tough subject matter. Happy viewing.