The system is broken: Five conversation starters in Debate at the LFF

From gentrification in Hoxton to the power dynamics of tourism in Senegal, LFF programme advisor Sophie Brown recommends five films in this year’s Festival that tackle hot-button issues head on. 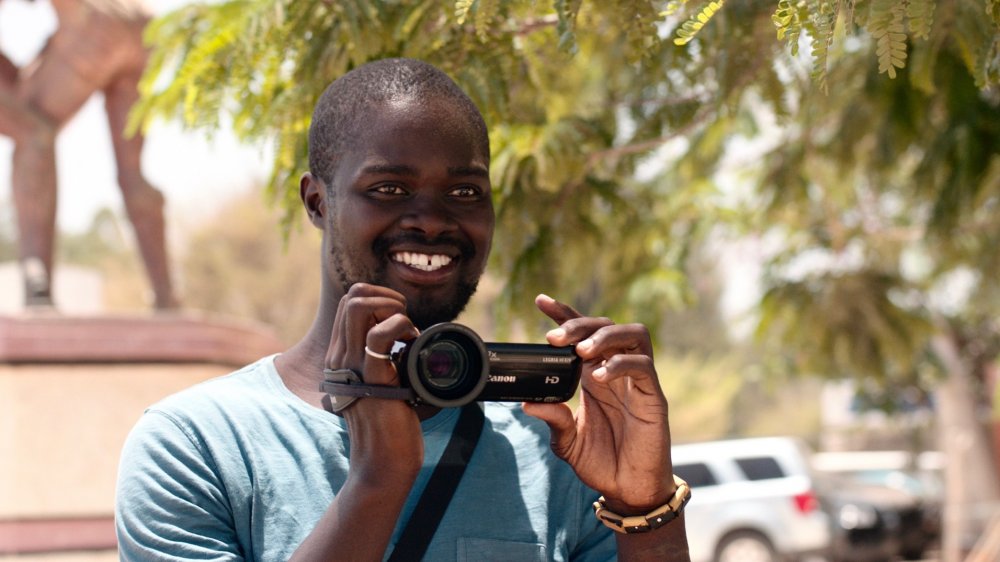 The bad news is getting worse. There’s something rotten in the state of our systems. To break the dangerous cycles of history, and the silence that enables toxic behaviour, we need to listen to each other.

The films in this year’s Debate strand at the London Film Festival take a close look at the fabric of our social structures – the people, the choices they make and who gets to decide how we live. Intense, absorbing and startling dramas play out in both fiction and nonfiction. We see how beliefs and violent behaviour we hoped were a thing of the past are on the rise; racist systems are still in place; institutional and familial silence perpetuate and enable abuse. On a global level, political systems and their effect on economics are creating a wider gap between the rich and poor – and many people are left feeling voiceless.

Exploitation of people and the land breeds a toxic cycle. We need a lot of bridge-building, a lot more listening, and radical change, and these films highlight where we’ve gone wrong, but also draw attention to how these cycles can be broken. There’s an urgent need for imagining alternative futures, but in order not to repeat history, we need to understand how we got here. Now is a time to work on developing the connective and supportive systems that will allow for serious, radical change to be made.

These films are a good place to start reflecting on the roles we play.

Filmmaker Sasha Joseph Neulinger reaches into his childhood memories to explore the trauma he and his sister experienced in the hands of their extended family and to ask the question, how did this happen? Extensive home videos show a string of family gatherings; on the surface there is a lot of goofing around, yet these visions of easy, convivial memories are laced with the sinister edge of hindsight, as Neulinger recalls the abuse that was also occurring at the time.

Rewind is a courageous piece of first-person filmmaking, and reveals the danger of silence and assuming that behaviours will not repeat themselves. It echoes the wider issues in contemporary society – in order to avoid history repeating we need to acknowledge and speak about the horrors of the past. 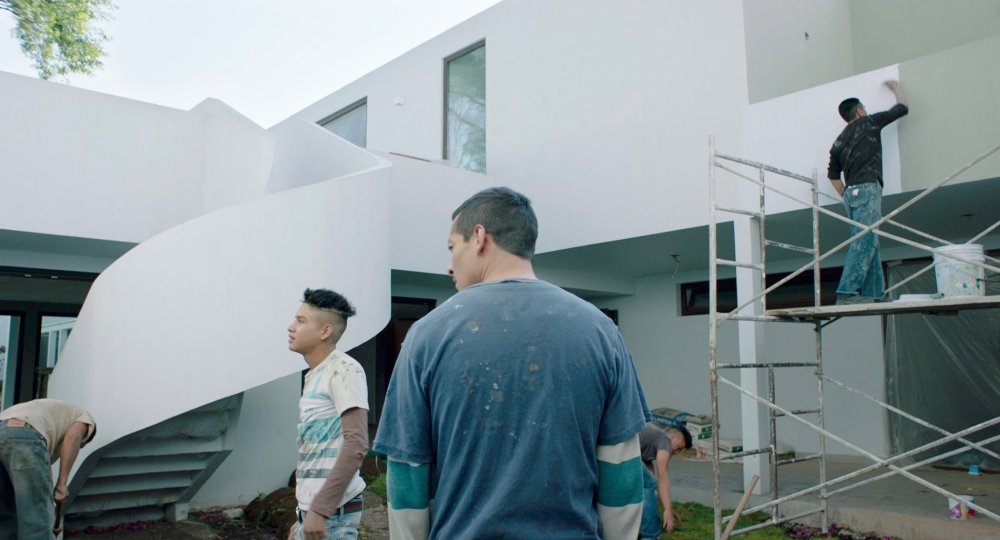 David Zonana’s feature debut Workforce opens with a violent thud of shocking negligence in work systems. After the death of his brother, bereft labourer Claudio is left to pick up the pieces. He’s denied a voice by his employers, as are his co-workers who protest about the regularly late or insufficient pay.

Claudio’s predominantly wordless despair manifests through his obsessive relationship with the rich man’s property he has been building. The space is large, luxurious and devoid of character. It’s an expensive blank canvas full of plastic wrapped new furniture awaiting its single owner, but Claudio has other ideas for the space. As exploitation and opportunism permeates their relationships and dynamics, we’re left wondering, does corruption breed corruption?

A teenage girl is given an insight into the power dynamics of tourism on a holiday in Senegal with her father and younger brother.  Elena Andrada plays the shyly rebellious Marta, who develops a friendship with hotel maid Aissatou, and strays from her embarrassing dad to spend more time with young tour guide Khouma.

The transactional nature of tourism is observed in Spanish writer-director Neus Ballus’s cutting vision of cultural plundering in the pursuit of ‘authentic’ experiences. As these white tourists throw themselves into the local rituals and dance, imitating a tradition they have nothing to do with, Staff Only illuminates the problematic nature of their entertainment. Is this a hangover of colonial arrogance, or a symptom of straight-up caucacity?

Part of Khouma’s job is to film these tours and transform the footage into souvenirs. While Marta’s reluctance to engage in the holiday reflects an awkward teenage self-consciousness, it also shows a developing sensitivity to dynamics she has never had to consider, in a very nuanced coming-of-age story.

Tyler is being bullied at school. A quiet teen with a hard-working single mum, he has to help out a lot with his younger sister. Having spent time as a mentor to young people, writer-director Henry Blake has witnessed first-hand how vulnerable kids are to grooming by recruiters; the desperation and cycles of power and intimidation, and the lure of being part of a lucrative business, with the promise of protection.

County Lines takes us into the bleak depths of the addictions and violence that keep people in a vice-like grip. The cinematography and score combine to generate an eerie dystopian, unnatural feel, where the nights are luridly bright, and the days are deeply grey.

In The Street we witness how it feels to have your community decimated by the effects of neoliberalism. The working-class community of Hoxton, London, have seen a tidal wave of change in their area as property developers have followed the influx of artists and played monopoly with the spaces, scooping up land and pricing out local businesses. There are a host of factors to blame for the increasing expense, but the root of the problem lies with those in power, and those who seek to exploit the market. The government has successfully pedalled a divide and conquer campaign, creating a divided society that feels insecure and disadvantaged.

Director Zed Nelson spends time with the people who’ve called this place home for a lifetime, and observes the changes unfolding around them. There are friendships, tensions and tragedy.  It’s a timely film that captures the approach of Cameron’s referendum, the circumstances and politics that have led us to this moment.