Looking across the UK documentaries at this year’s BFI London Film Festival, film programmer Ana David considers a theme of maleness, emotion and creativity in five films in the selection. 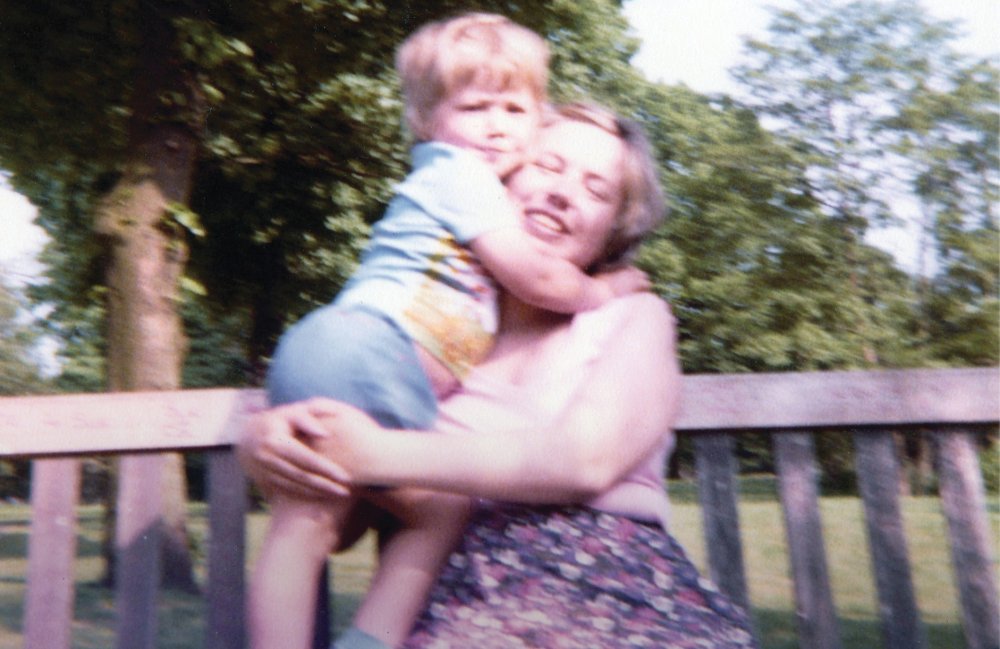 In the British documentary selection of the BFI London Film Festival, the UK comes in many shapes and voices. From rural villages to cosmopolitan London, working-class lives to former pop-star millionaires, the now-nostalgic 1970s to the uncertain 2018, five films in the selection feature a distinctive portrayal of Britishness. Another trait in common? They all feature complex and frank depictions of masculinity – and not of the toxic kind.

The deeply personal Irene’s Ghost is a first-person documentary that sees debut filmmaker Iain Cunningham delving into his family history to uncover information about his late mother. Cunningham breaks the long-held silence around Irene by engaging in conversations with his father in working-class Nuneaton, and with extended family and friends, interspersing these with his own voiceover reflections of who his mother possibly was.

What starts as a quest for answers and closure ends up as many other things besides: an endearing and revealing portrait of an absent loved one, a brave and full-on look at the stigmas of mental health, and a difficult but gratifying attempt at honest communication between an adult son and his father. Cunningham trusts his process, which involves capturing himself and his family’s vulnerability on camera, and the process rewards him – and the audience. 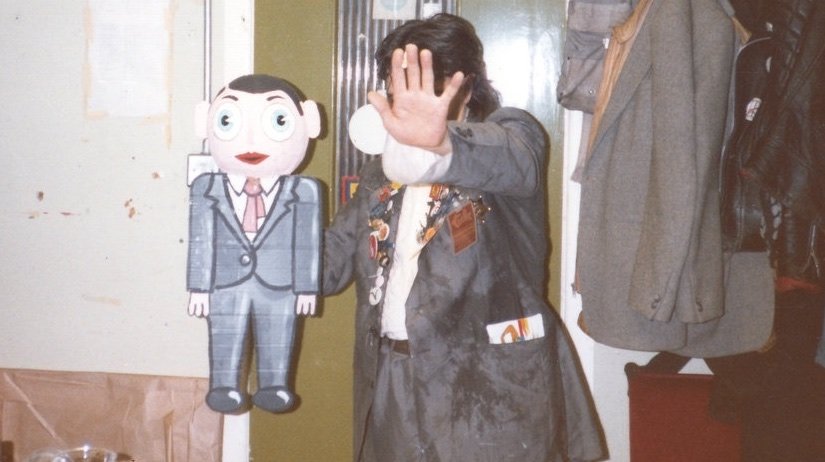 Moving from Warwickshire to Greater Manchester, we find a different kind of portrait about another absent loved one. Being Frank: The Chris Sievey Story offers a rich chronology of the musician, songwriter, artist, comedian, filmmaker and performance artist Chris Sievey, pieced together by director Steve Sullivan, custodian of Sievey’s personal archive.

In spite of economic constraints, Chris’s never-ending creativity and contagious internal freedom allowed him to reinvent himself as an artist for more than 25 years, his most enduring creation being his comedian papier-mâché-head alter ego Frank Sidebottom. Weird and captivating in equal doses, his humour attracted a niche but intense cult in Frank’s town of Timperley, and all over the UK (the film’s crowdfunding campaign had 1,353 backers and more than doubled the initial goal).

Sullivan’s documentary is faithful to the joyful spirit of the man behind the mask and a fascinating tribute to his rebellion against normalcy. Andy Kaufman aficionados will delight, and fans of Michael Fassbender’s performance in Lenny Abrahamson’s biopic Frank (2014) will want to dig deeper into the real thing. 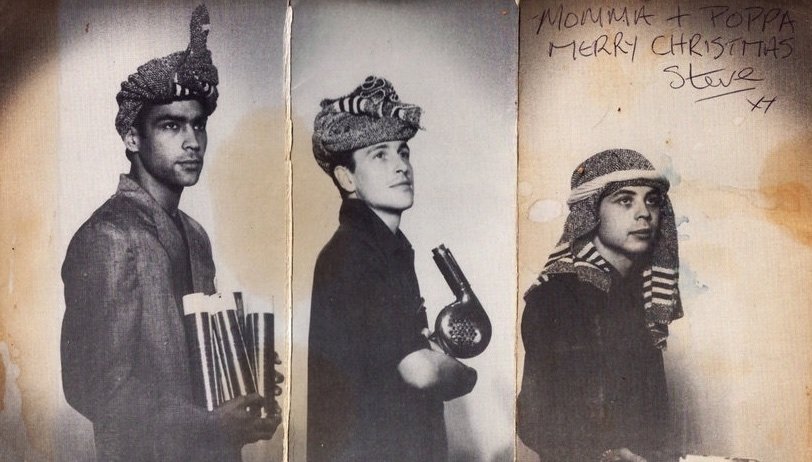 With irreverence to burn, No Ifs or Buts charts the history of the legendary Soho hair salon Cuts, a space founded in the 1980s with a profound spirit of DIY antics. The spot became not only a trailblazer for hair fashion but also a social cluster, for creative outcasts and famous artists alike, in the heart of London.

Whether sitting down to hear from owners James Lebon and Steve Brooks, or following the daily roulette of the shop’s multicultural and multiethnic clientele passing through its doors, Sarah Lewis delivers a labour of love and devotion in visceral and jagged style, shot over more than 20 years, starting in the mid-1990s.

A client herself, Lewis clearly became an organic and routine presence, which proves to be a modus operandi that pays off in honest and barrier-free testimonies from Lebon, Brooks and the salon’s extended family. Cuts is not just about the haircut, and No Ifs or Buts is about far more than Cuts. 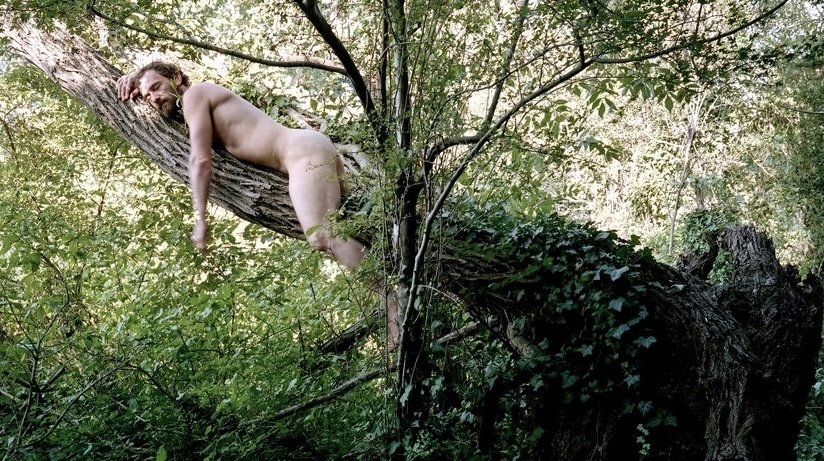 Five Men and a Caravaggio

From a post-punk, new-romantic London to a present-day gentrified one. In Xiaolu Guo’s eighth feature, Five Men and a Caravaggio, the Chinese-British filmmaker follows the daily conversational reflections of four artists in post-Brexit-referendum London – an Italian poet, an Australian philosopher, a French photographer and an Eritrean/Ethiopian writer – as well as the process of a Chinese painter recreating a Caravaggio painting, in his home in Southern China.

As the UK-based men go about their Hackney lives, their comments on the Caravaggio reproduction shipped from China act as counterpoint to discussions on their artistic careers, migration and current affairs. Also known for her novels, Guo delivers an acute observational portrait of a significant segment of the city’s social and cultural fabric, one that reverberates with warmth, ideas and the poetry of everyday life. 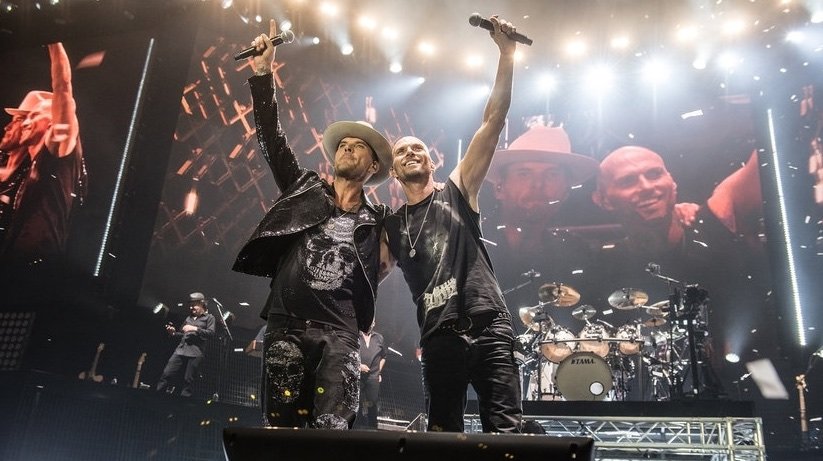 Middle-aged men and their creative careers seem to be a thematic umbrella for many of these year’s documentaries, and After the Screaming Stops certainly falls under it. Joe Pearlman and David Soutar direct their second film together, this time focusing on the run-up to the comeback concert of the UK boyband Bros, who had the attention of a devoted following when they were a teenage pop duo in the 1980s.

As the twin brothers reunite to rehearse, resentments of the past mix with ego antics of the present, and their history is revisited and retold from an adult perspective. The film relies much less than usual on the standard music-doc interviews with collaborators and friends, instead giving a free stage to Matt and Luke Goss to express themselves – and the twins make intense use of it by throwing a wide range of emotions at each other.

Will they be able to work out their differences and reconnect? The only thing certain is that, along the way, they won’t be able to help expressing their love for their home country and for such British institutions such as… conkers!