The letter from Stanley Kubrick that started 2001: A Space Odyssey

In 1964, Stanley Kubrick wrote to author Arthur C. Clarke about the possibility of collaborating on ‘the proverbial “really good” science-fiction movie’. 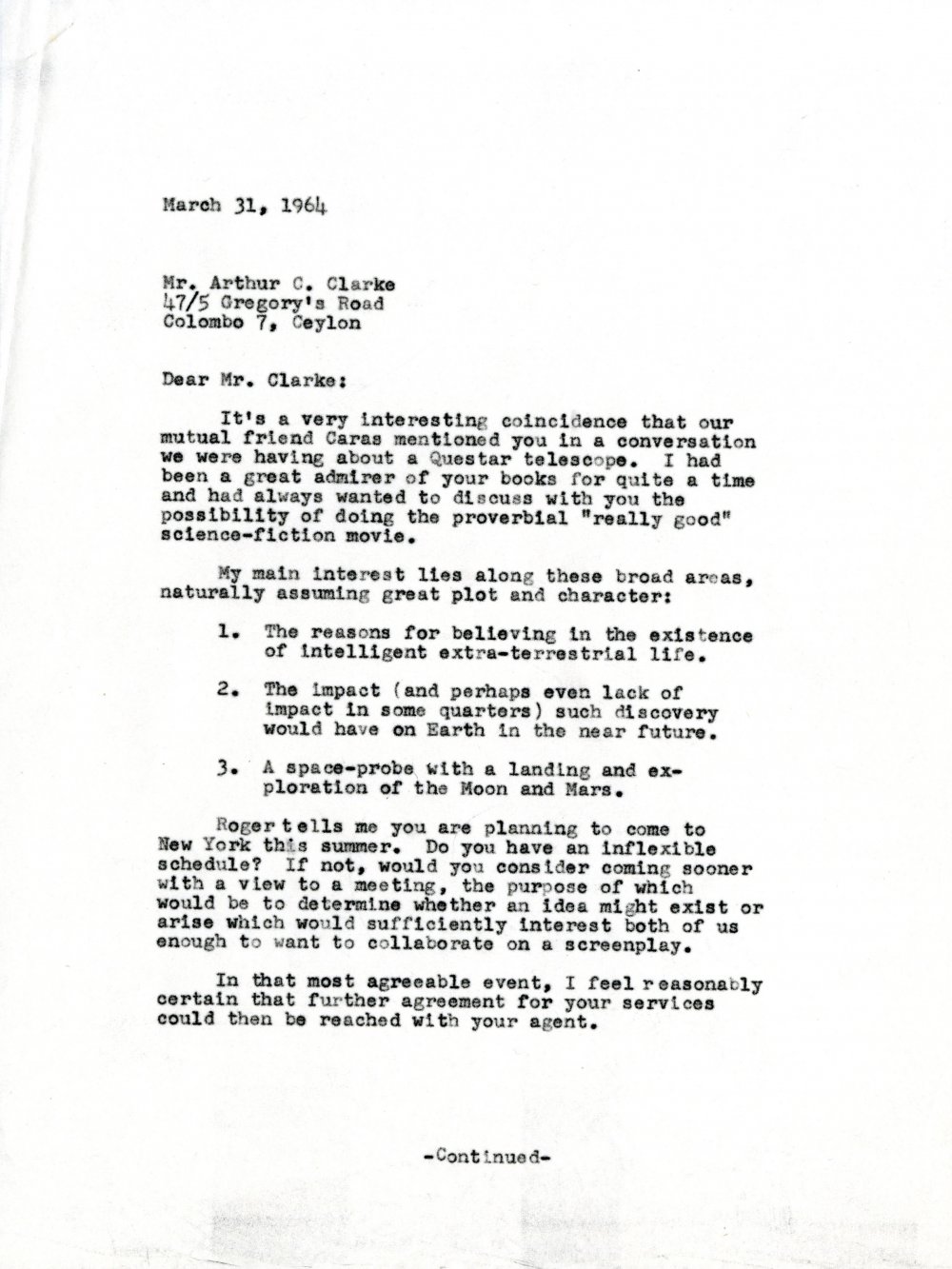 Letter from Stanley Kubrick to Arthur C. Clarke
Credit: With thanks to the SK Film Archives LLC, Warner Bros., the Kubrick family, and University of the Arts London 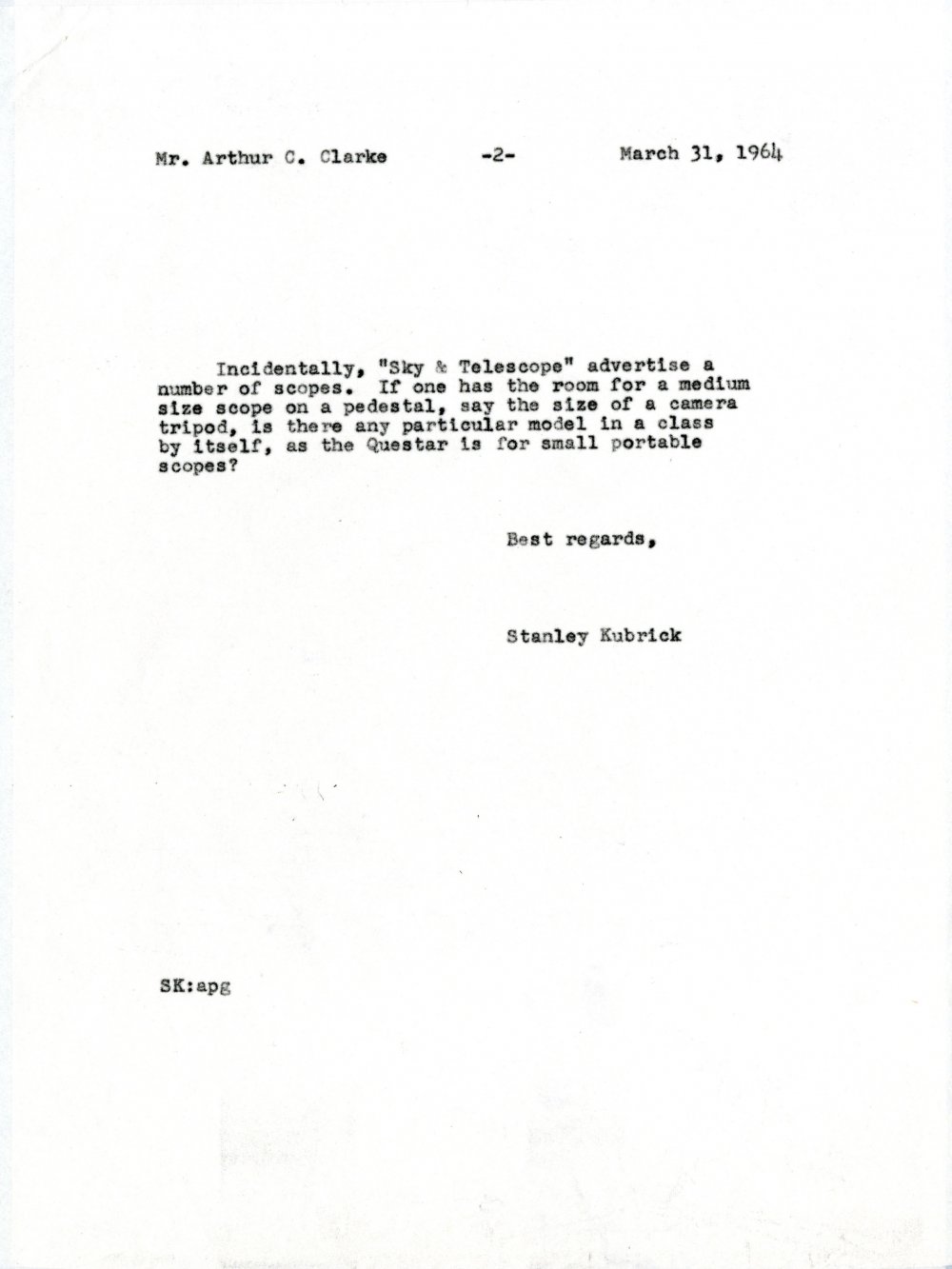 Letter from Stanley Kubrick to Arthur C. Clarke
Credit: With thanks to the SK Film Archives LLC, Warner Bros., the Kubrick family, and University of the Arts London

Seeking collaboration on what he termed “the proverbial ‘really good’ science-fiction movie”, he penned this letter to sci-fi writer Arthur C. Clarke. With novels such as Childhood’s End (1953) and The City and the Stars (1956), Clarke had established a reputation as one of the most intelligent voices in sci-fi literature, and – as the director states in his letter – Kubrick had been “a great admirer” for some time.

1. The reasons for believing in the existence of intelligent extra-terrestrial life.

2. The impact (and perhaps even the lack of impact in some quarters) such discovery would have on Earth in the near future.

3. A space-probe with a landing and exploration of the Moon and Mars.

Dated 8 April, Clarke’s response was immediately enthusiastic, expressing a mutual admiration. “For my part”, Clarke wrote, “I am absolutely dying to see Dr. Strangelove; Lolita is one of the few films I have seen twice – the first time to enjoy it, the second time to see how it was done.”

This exchange of letters between Clarke’s home in Ceylon and Kubrick’s offices in New York led to a meeting just a few weeks later, on 22 April at the Plaza Hotel in New York, where the two talked for hours about the genre that had brought them together.

The wheels were in motion for their alliance on what would become perhaps the finest science fiction film in the history of cinema – 2001: A Space Odyssey, which was released four years later, in the April of 1968.