The letter that made Audrey Hepburn a star

All it took was one very special screen test for Audrey Hepburn’s career to take flight. Read the letter that led to her star-making role in Roman Holiday. 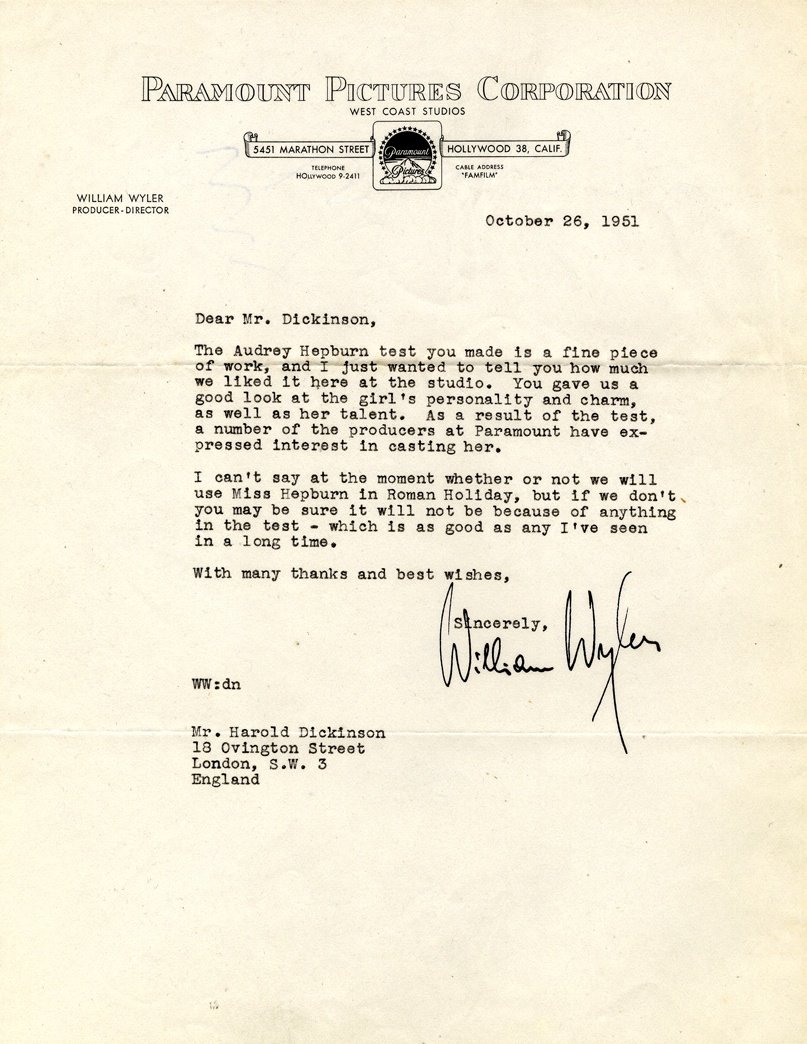 I can’t say at the moment whether or not we will use Miss Hepburn in Roman Holiday, but if we don’t you may be sure it will not be because of anything in the test – which is as good as any I’ve seen in a long time. 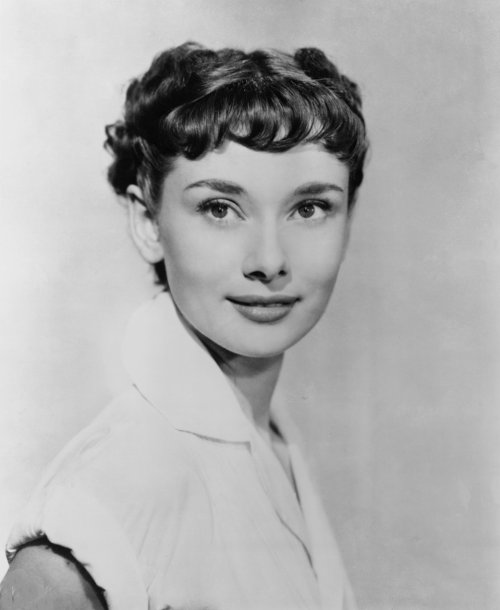 The subject was Belgian-born Audrey Hepburn, whom Dickinson had recently directed in Secret People (1952), her first significant supporting role. Unusually for a screen test, Dickinson not only asked the young starlet to read scenes from the script, but also interviewed her about her life and experiences during the war.

Watching the footage after it had been sent to him in Rome, where he was preparing Roman Holiday (1953), Wyler was immediately charmed by Hepburn’s candour and grace.

A bored royal who ducks her duties on a tour of Europe to explore the sights of Rome (in the company of down-to-earth American Gregory Peck), the part of Princess Ann had originally been written with Elizabeth Taylor in mind. But Wyler’s letter to Dickinson makes clear that he was now smitten with Hepburn. Barry Parris’s Hepburn biography quotes the American director as saying:

She had everything I was looking for: charm, innocence and talent. She also was very funny. She was absolutely enchanting, and we said, ‘That’s the girl!’

Hepburn’s career was ready for the stratosphere. 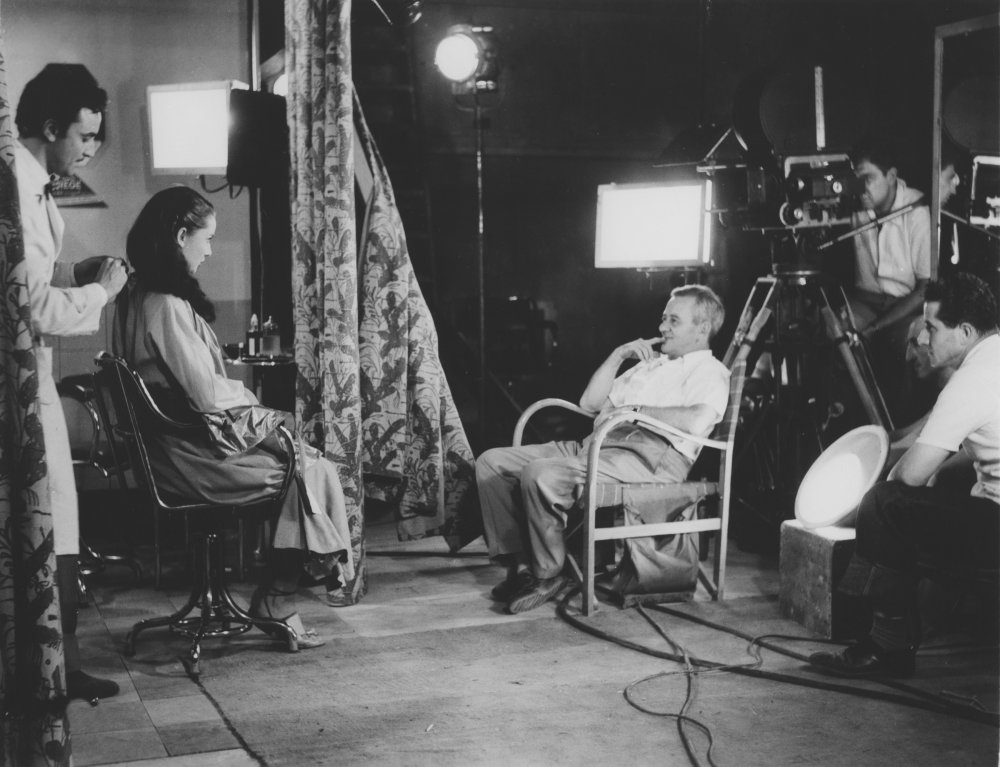