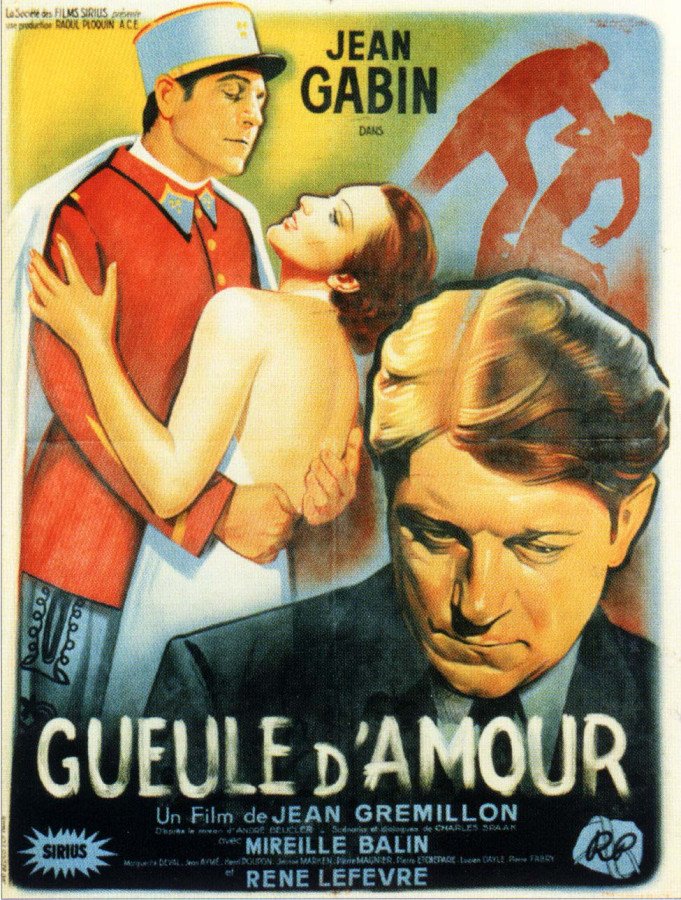 Made as Jean Gabin’s popularity was peaking, this Charles Spaak-scripted drama traces the volatile love affair of Lucien (Gabin), an officer in the French colonial army known for his success with and casual attitude towards women, and the wealthy Madeleine (Mireille Balin), whom he encounters in Cannes. A remarkably tough-minded, unsentimental film, it shifts from a mood of warm Provençal sunshine to one of bleak despondency. 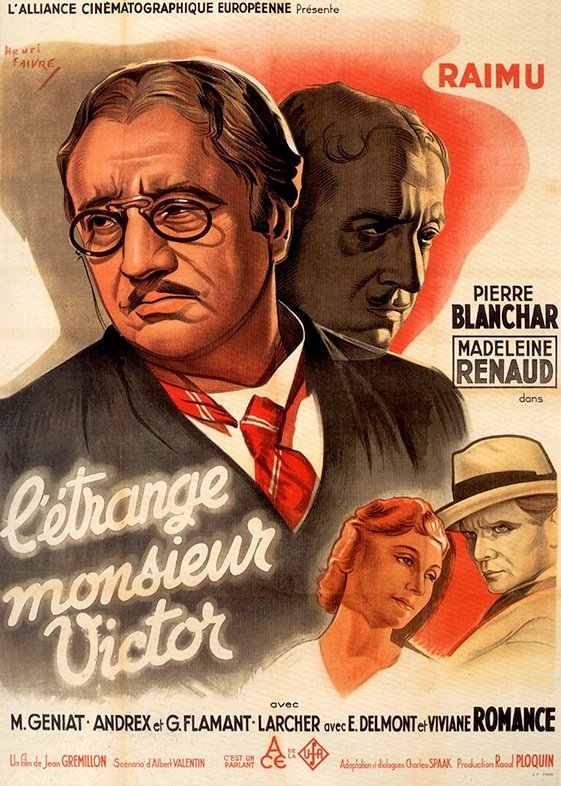 A brilliant character study disguised as a suspense drama, this boasts a formidable performance by the great Raimu as the titular shopkeeper, an amiable, much-loved pillar of the Toulon community whose determination to keep certain shady secrets from his family and friends leads him down increasingly deadly paths of action. A fine cast supports the star; as Victor’s wife, Madeleine Renaud gives the first of several superb performances for Grémillon. 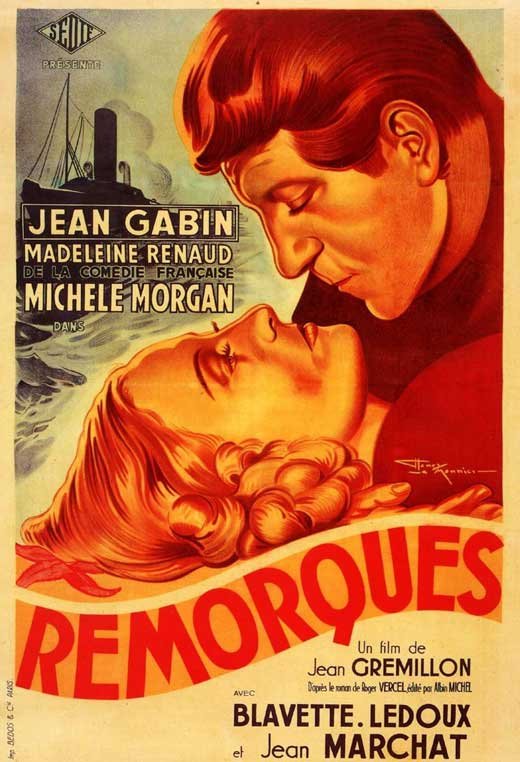 Written by Pierre Prévert and André Cayatte, this reunites the stars of the former’s Le Quai des brumes with likewise rewarding results. Jean Gabin plays a Brest tugboat captain, devoted to but perhaps slightly bored by his fragile wife (Madeleine Renaud), Michèle Morgan is the unhappily married woman he meets while rescuing an imperilled vessel. The mood of romantic fatalism is created and sustained with characteristic skill and delicacy. 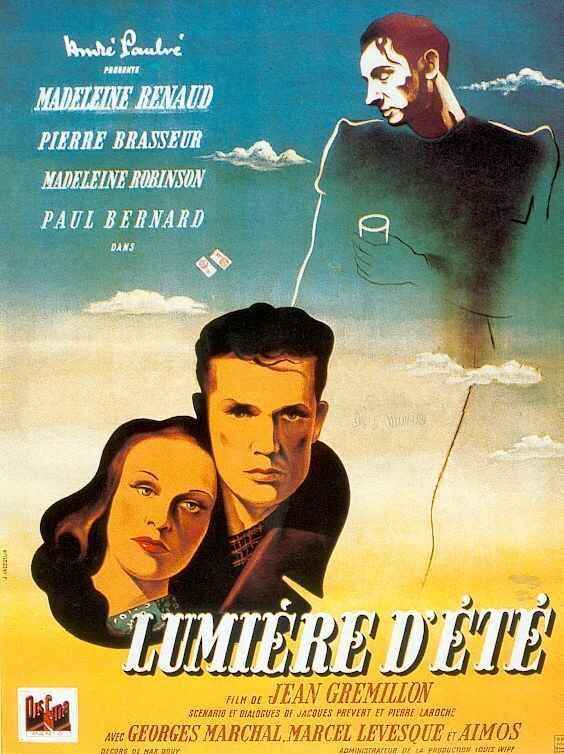 This powerful, openly metaphorical melodrama – written by Jacques Prévert and Pierre Laroche – assembles various would-be or disintegrating couples at a remote hotel high in the Provençal hills and observes their increasingly perilous interactions. The portrait of bourgeois impotence, dishonesty and degeneracy was not, perhaps, unconnected to the filmmakers’ feelings about Vichy France. 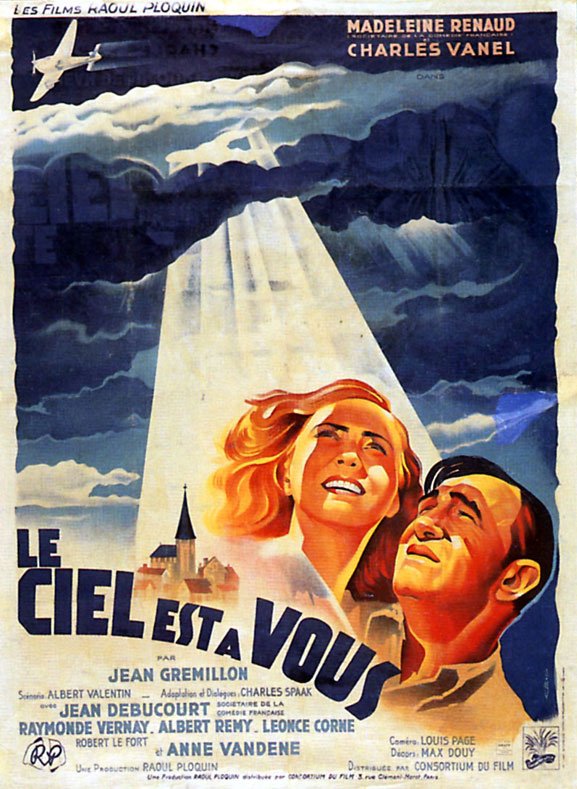 Inspired by real-life aviatrixes, this Charles Spaak-scripted drama about a woman who comes not only to share but outdo her garage-owner husband’s obsession with flying was understandably welcomed by some in Occupied France as a call to arms. Certainly, it’s exhilarating fare, though the wish-fulfillment aspects of the story are firmly rooted in social and psychological realism; the performances by Madeleine Renaud and Charles Vanel as the couple alternating between rivalry and mutual support are particularly impressive. 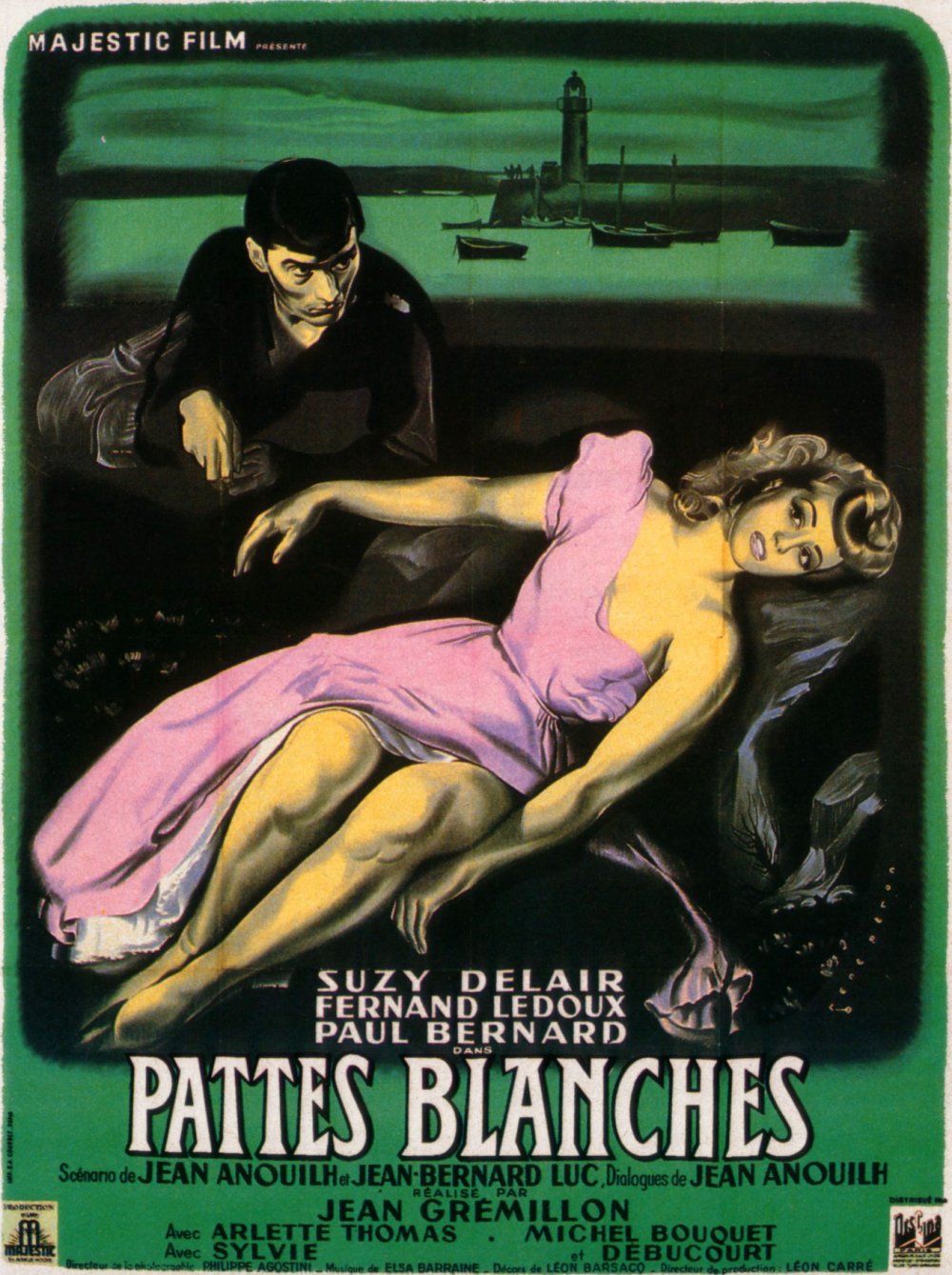 Updating a script written by Jean Anouilh, Grémillon revelled in the dark conflicts of a drama which follows the bitter rivalry between a count’s two sons (Paul Bernard, Michel Bouquet) for the affections of the ambitious young mistress (Suzy Delair) of the local inn-keeper (Fernand Ledoux). Grémillon makes highly expressive use both of the Brittany coastal locations and of Léon Barsacq’s sets (especially the step-brothers’ desolate chateau), while the performances are uniformly excellent. 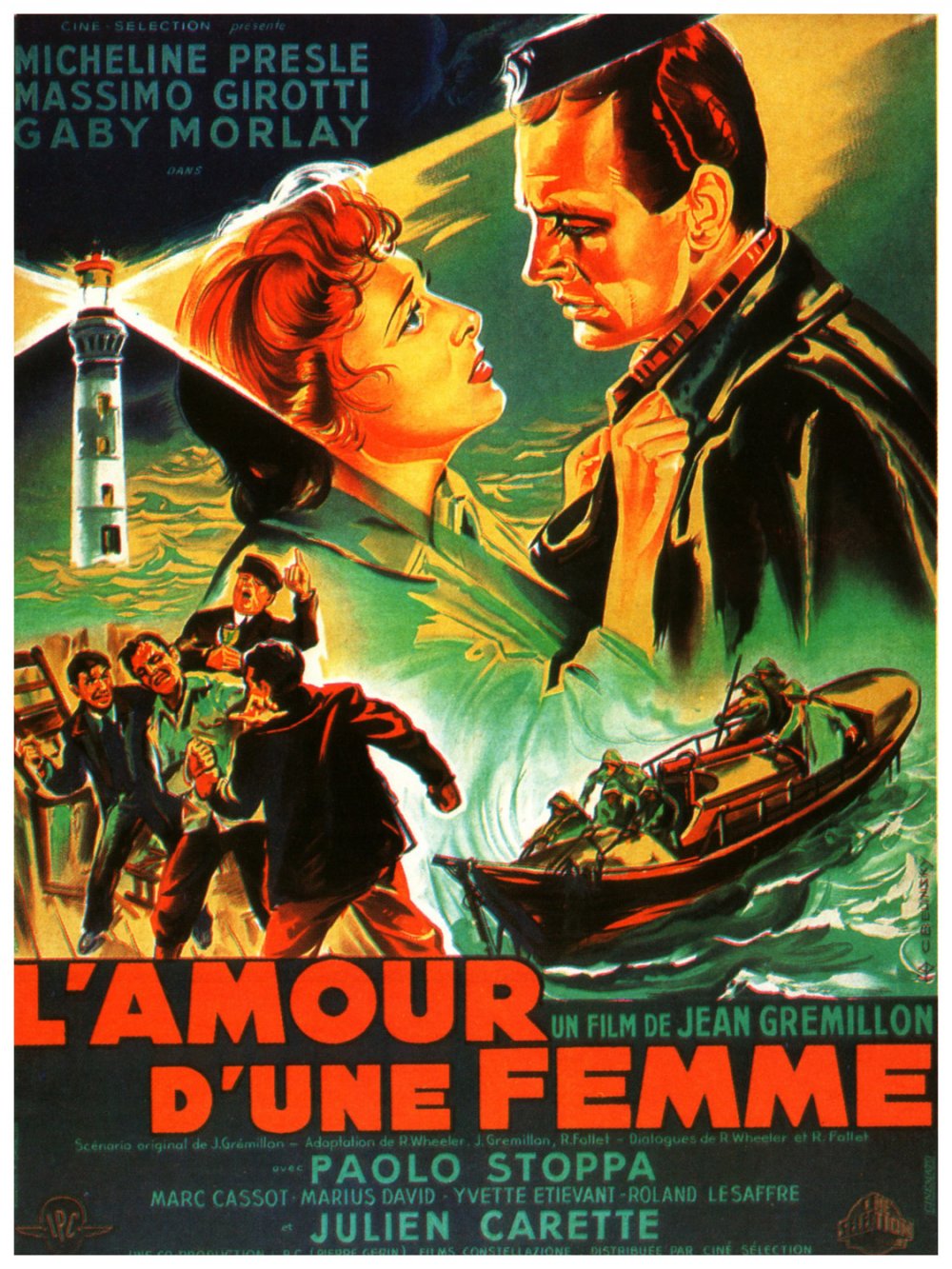 It was sadly appropriate that this sombre, proto-feminist tale of a doctor (Micheline Presle) torn between her job and her love for an engineer (Massimo Girotti) who expects her to give up work once they are married should turn out to be Grémillon’s own farewell to fiction features. With the settings (mainly the Breton island of Ouessant) filmed by his frequent collaborator Louis Page, music by the great Henri Dutilleux and editing by Marguerite Renoir, it’s a typically impressive and affecting film – and happily, Ms Presle (91, and the mother of Tonie Marshall) is still, as I write, alive, well and acting.