Jane Wayne: why the time is now for women in the western

Manhandled, mansplained or manoeuvred out of the picture, women have been sidelined in the history of the wild west on film. But a recent run of revisionist westerns has brought female perspectives into focus. 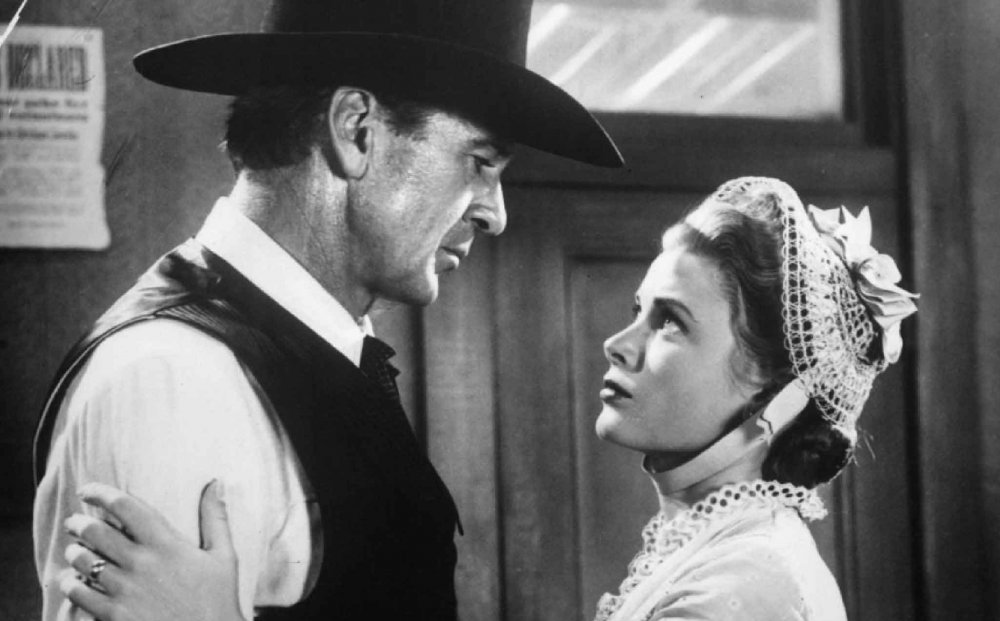 “You’re asking me to wait to find out if I’m to be a wife or a widow” says Grace Kelly to new husband Gary Cooper in High Noon (1952), before he prepares to confront three revenge-seeking outlaws. In this classic, revered western, Kelly’s predicament is typical of the bleak and narrow fate presented to the genre’s female characters. In a similar vein, one of the townspeople in A Fistful of Dollars (1964) explains to Clint Eastwood’s Man with No Name with regard to the womenfolk: “None of them are women… This place has only widows. Here, you can only gain respect by killing other men.”

This primitive, binary existence is no better laid to rest than in Meek’s Cutoff (2010) from director Kelly Reichardt. It opens with a shot of two women holding baskets atop their heads while wading across a river, and already their movement, exertion and submersion in the landscape is something of a statement against passivity, to say nothing of the symbolic boundary-crossing.

Throughout the film, in which three 19th-century pioneer families traverse a desolate, scorched Oregon trail in search of suitable land on which to settle, women are often the sole occupants of the frame. Attired in pastel-coloured dresses, the slight bodies of Michelle Williams, Zoe Kazan and Shirley Henderson retain their femininity, but are anchored by a grim resolve. Rather than a sign of weakness or code for ‘damsel for distress’, their womanhood becomes a signifier of strength. 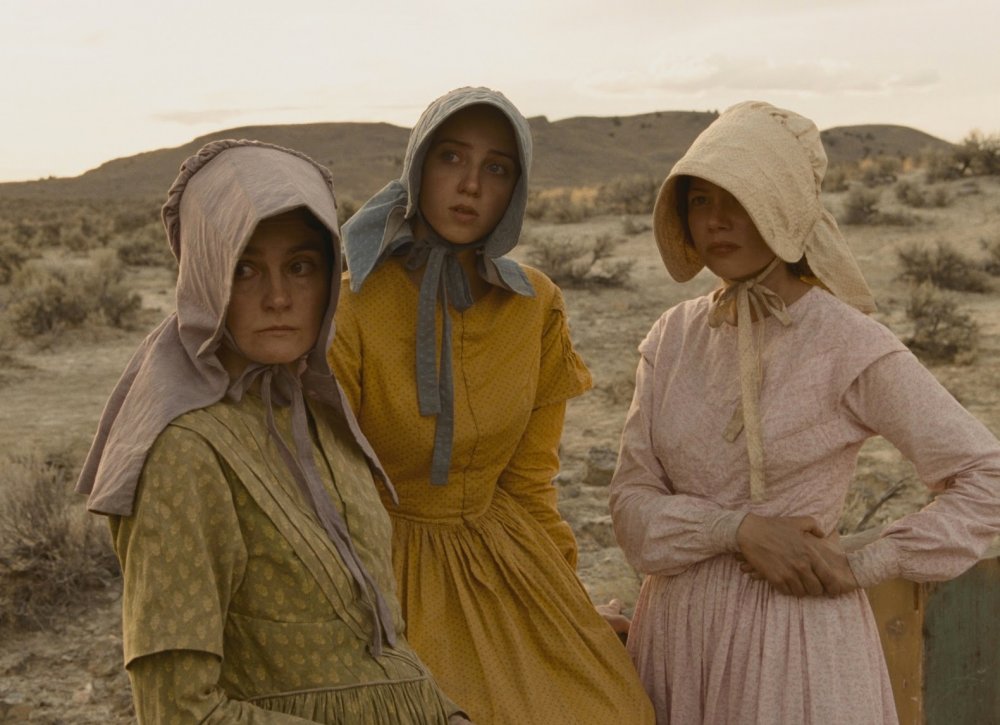 The fact that Shirley Henderson’s character is pregnant doesn’t stop her participating in tasks such as the collection of firewood or the setting up of camp. Her femininity and maternalism sit side by side with a resourcefulness and survival instinct.

A climactic scene in A Fistful of Dollars features a house on fire; a frame ablaze with masculinity and revenge. In contrast, Meek’s Cutoff features a scene in which three women – bent over a pile of kindling – create their own fires to keep warm. If the narrative itself is the same, or at least emblematic of tradition – men governing, bartering and navigating – then the narrative perspective is a subversion of the genre. The focus is realigned to include the quieter mundanity of the tasks women performed in order to facilitate westward progress. 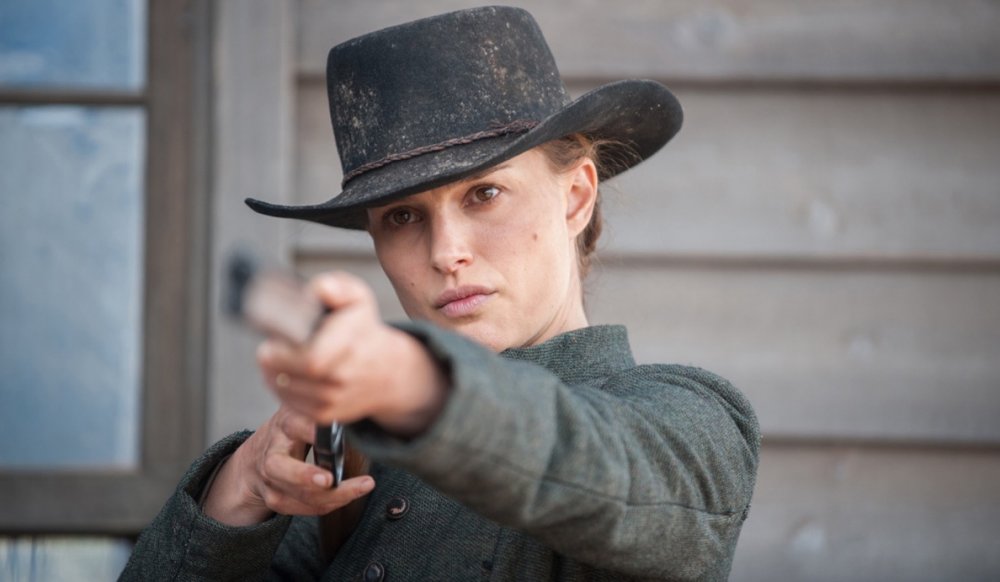 Women of westerns past have been through the ringer when its comes to victimhood, enduring a host of male-based aggressions. Excepting anomalies such as Johnny Guitar (1954), you can hardly sit through the genre’s cornerstones without seeing a woman manhandled, mansplained or manoeuvred out of the picture altogether. However, a recent spate of westerns has provided a counter-narrative to this expectation for women to either be sidelined or silenced. In Jane Got a Gun (2015) we hear first the howling winds of a night in New Mexico Territory and next the soft whispers of Natalie Portman’s Jane telling her son a bedtime story, locating the female voice and its version of events within a landscape that has usually hushed it.

That film is also brazen in its feminist upturning of ideas of womanhood and violence, indulging in a wry moment in which Jane is unable to aim with a pistol, but nonetheless blasts the handle off a hammer using a rifle. Most, if not all, of the posters for this run of films adopt iconographic gun-toting images that are typical of the genre they’re both inhabiting and rebelling against. Their shots of long-haired, dress-wearing yet weaponised women speak volumes about the role reversals promised by the films. 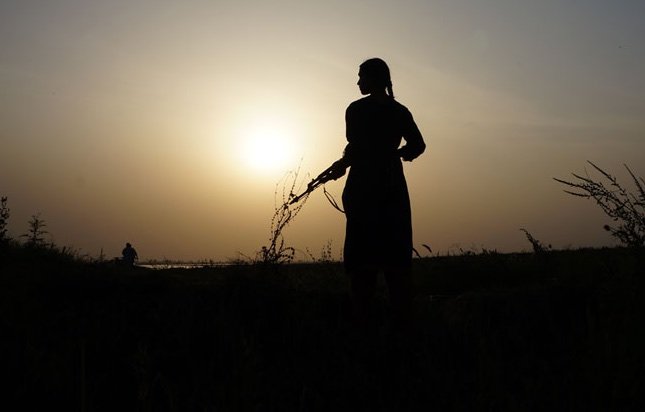 In a patriarchal society such as Pakistan’s, where My Pure Land (2017) is set, this imagery is all the more audacious and revolutionary. Sarmad Masud’s film is based on the true story of a mother and her two daughters who withstand and revolt against a siege laid on their home by a 200-strong militia of bandits – a powerful response that’s all the more resonant for its unexpectedness. “They’re only women, they’ll scream a lot but they won’t fight,” says one misogynist bandit threatening the family’s livelihood. Rippling throughout the Pakistani plains are not their screams, however, but bullets peeling through air.

Some might say that by adopting the violence for which westerns are famed, feminist retellings are still existing within a very masculine paradigm. Yet while, for example, the women of Daniel Barber’s The Keeping Room (2014) might disguise themselves in soldier’s uniforms to enact their final, fiery revenge, most of their resistance is performed parallel to their femininity, not in spite of it. One scene in which Brit Marling’s Augusta teaches female slave Mad (Muna Otaru) how to load and shoot a rifle is notable for the fact that the lesson takes place in a bedroom and they are all clad in nightdresses. 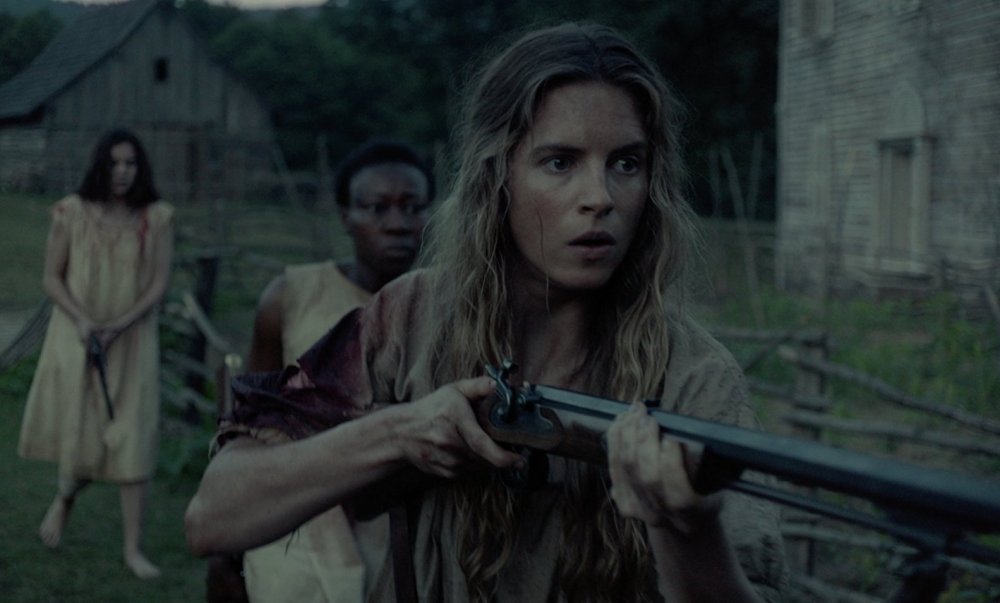 The western has long been the preserve of hyper-masculine cowboys whose heroism has ill-served the female voice and body. This new wave of westerns has by no means reduced the sense of peril that women face in occupying such a landscape – The Keeping Room particularly depicts the menace and brutality that confronts its female protagonists in defense of their homestead. However they have provided a female perspective and a sense of identity that’s more fluid than the fixed and circumscribed roles we’ve seen before. Perhaps most importantly, they depict women, at once tough and tender, who are more than capable of holding their own.