Exploring the links between the opening ceremony of the London 2012 Olympic Games and the extraordinary work of Humphrey Jennings, one of Britain’s finest documentary filmmakers. 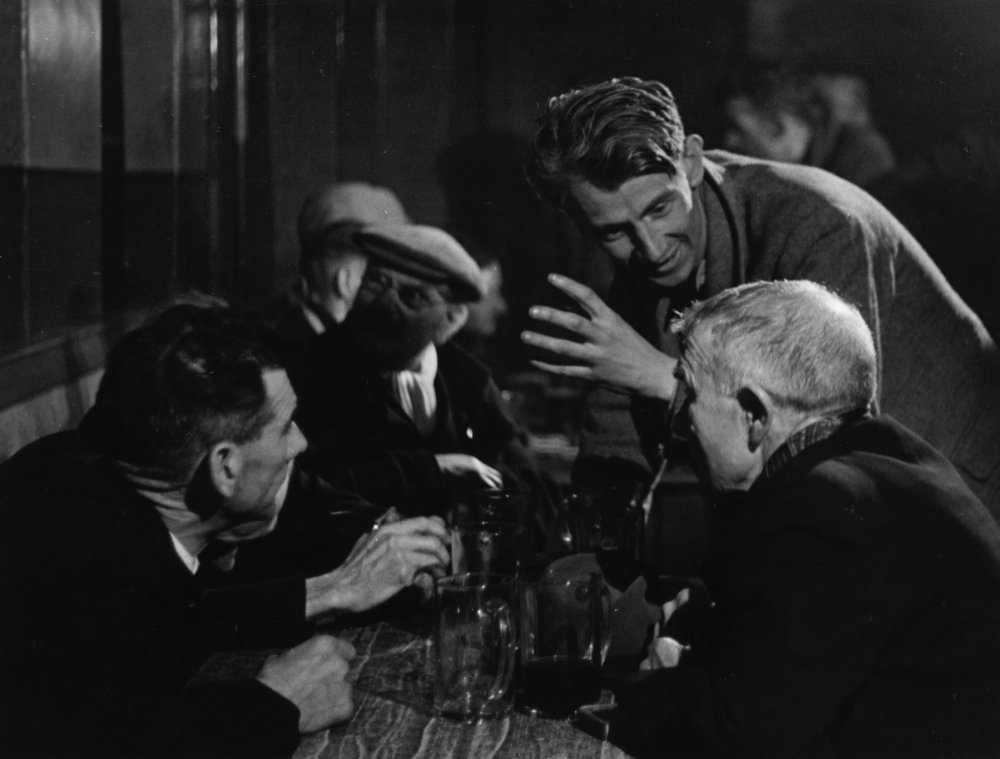 Humphrey Jennings on location for The Silent Village (1943)

One of the many memorable moments of Danny Boyle’s opening ceremony of the 2012 Olympic Games was an epic vision of an industrial powerhouse rising up from rolling green countryside. This scene, along with the equally powerful image of molten steel Olympic rings being forged, were part of the iconic Pandaemonium section of the ceremony, which was inspired by the remarkable work of one of Britain’s greatest documentary filmmakers, Humphrey Jennings.

The road to the opening ceremony began in the Welsh village Cwmgiedd, where Jennings and his film crew spent six months living with miners’ families in their cottages while making the dramatised documentary The Silent Village (1943). This wartime propaganda film was made to convey how life might be if the Nazis successfully invaded Britain.

The film is based on the horrific episode of the Nazi massacre of over 170 people in Lidice, a town in Czechoslovakia — and the real life story is transposed to a Welsh mining community. The villagers themselves played all of the parts in the film. 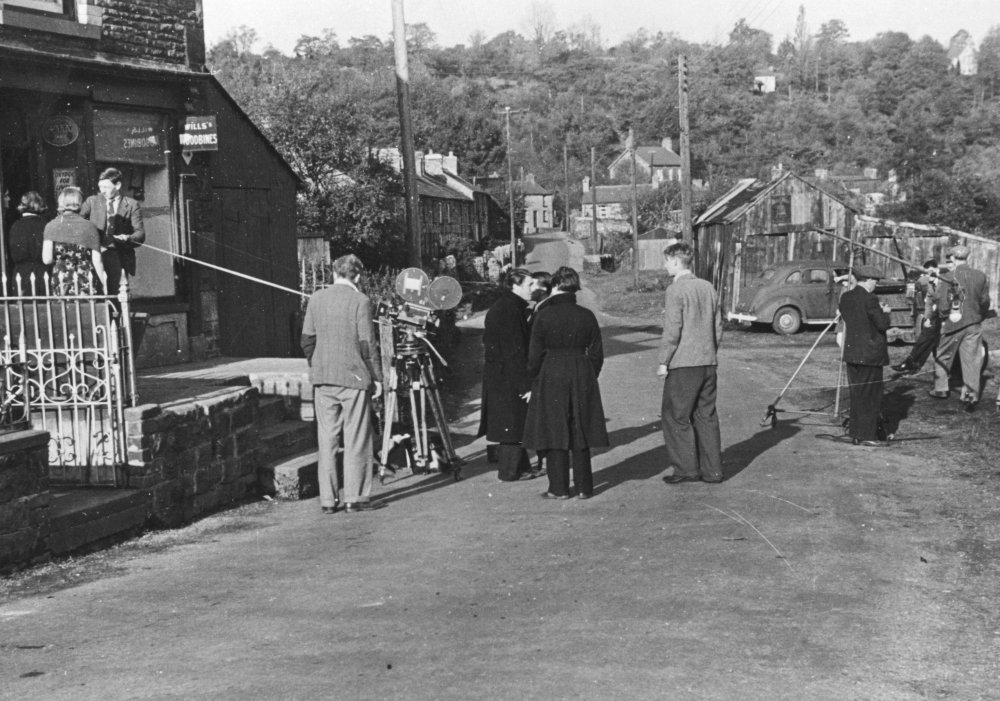 The Silent Village was filmed in a staunchly socialist area known as ‘Little Moscow’, and Jennings was greatly inspired by the way the villagers lived their lives. In an unusual gesture of gratitude, he gave a series of talks on the Industrial Revolution – using extracts from diaries, novels, newspapers and poetry that he’d been collecting – drawing on his long-held fascination with the splendour and horrors of the machine age. These miners’ institute talks formed the foundation of Jennings’ magnificent, idiosyncratic book Pandaemonium 1660-1886: The Coming of the Machine as Seen by Contemporary Observers. As Frank Cottrell Boyce, one of Danny Boyle’s creative team on the opening ceremony, has written:

‘Who could ever have foretold that a series of talks given in a miners’ institute seventy years ago would form the backbone of a massive global media event of the age – watched, tweeted, favourited, streamed by billions of people across the planet?’

Cottrell Boyce gave the book as a gift to Danny Boyle, who said that it was the “biggest single inspiration for the Olympics Opening Ceremony… it’s brilliant, exciting and essential”. Jennings himself described the book as an “imaginative history” consisting of “images… in an unrolling film”. Like Pandaemonium, Jennings’ finest films, including Listen to Britain (1942), juxtapose striking images – and sounds – to potent effect, and illustrate his fascination with both rural and urban life, particularly of the working classes.

Jennings has been described as “the only real poet the British cinema has produced” by Lindsay Anderson, and he had a knack for making the ordinary appear extraordinary to look at – and to listen to – by inventively overlaying music and sounds on to beautifully composed visual sequences. These vivid and witty effects were achieved in close collaboration with his regular editor, Stewart McAllister. “They argued like hell” in the process, as his daughter later recounted. 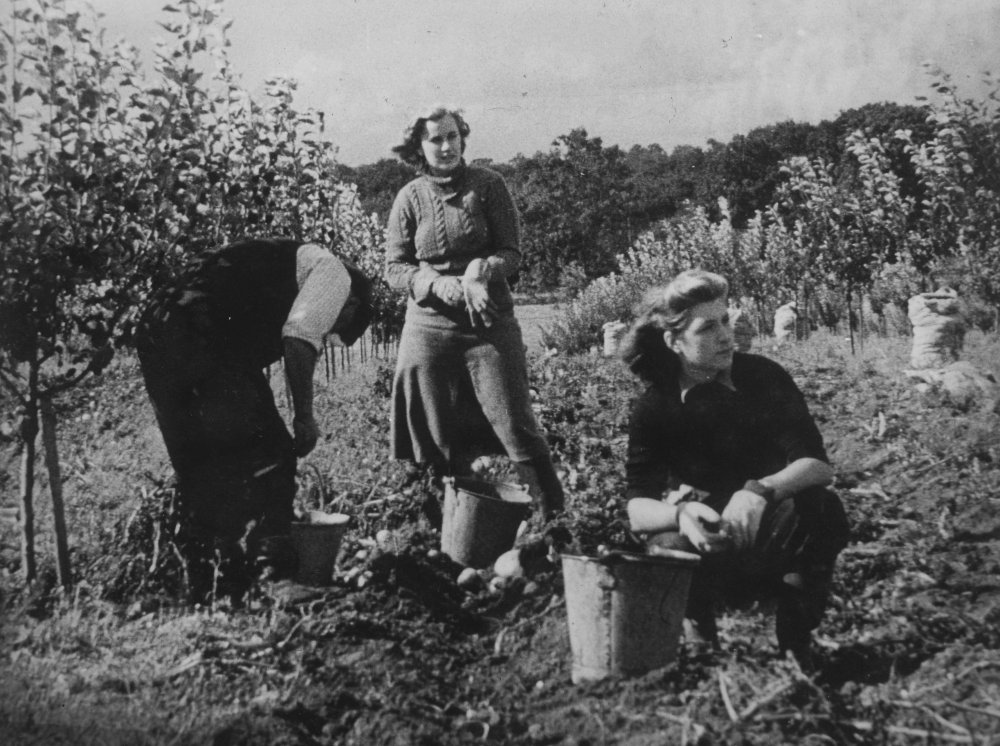 In Listen to Britain, Jennings and Mac (as McAllister was known to his colleagues) capture a rich variety of people and a wonderful sense of the texture of everyday life – including brief, yet highly resonant glimpses of people and work and play.

Jennings was also adept at conveying a wonderful sense of community – in factories, mines, pubs, choir rehearsals and streets. He was one of the co-founders of the Mass Observation social research project in 1937, and this led to his first visit to the industrial regions in the north of England. His film Spare Time (1939) illustrates how working people in the coal, steel and cotton industries of Wales and northern England spend their free time. Activities varying from pigeon fancying to ballroom dancing are captured in vivid, empathetic style.

These urban and industrial heartlands run through much of Jennings’ work – in his films and photography as well as his writings. Jennings had an encyclopaedic mind and was full of ideas for projects which weren’t always realised. His love of British culture and landscape is very apparent in both the grand sweep and the small details of his films. His wartime films, in particular, combine simplicity and complexity, stoicism and lyricism, and his poetic evocation of everyday heroism was an inspiration to future generations of filmmakers, from Lindsay Anderson to Mike Leigh and Patrick Kieller.

It’s a testament to the power of Jennings’ films that they’re very much alive today – many people will have seen his films without realising it, as extracts from them are often used in television documentaries. The BFI has made many of the films available to view for free on BFI Player and has also released The Complete Humphrey Jennings on DVD.

Ros will be discussing the work of Humphrey Jennings on Great Lives on BBC Radio 4 on Tuesday 18 December at 4.30pm.