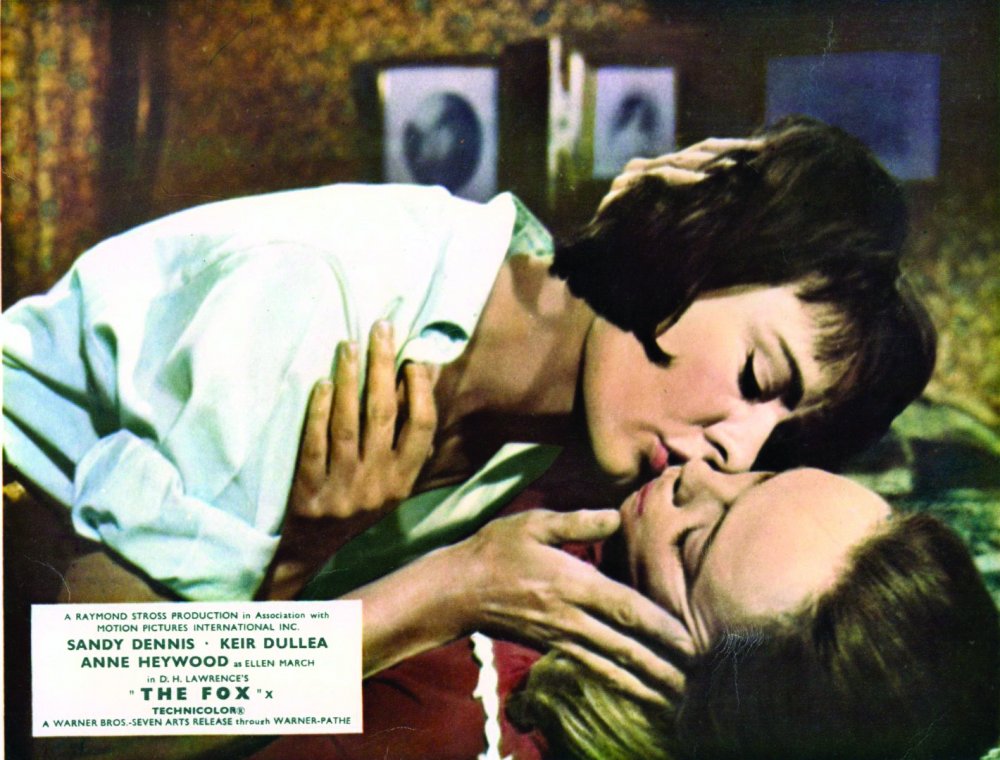 This year we’re showing a number of archive titles intermingled with the latest gay cinema releases from around the world – and they couldn’t be more diverse. From the tastefulness of the earliest gay British television drama (1959’s South) and the lavish camp of Salome (1923), with its reportedly all-queer cast, to Divine spitting his heavenly bile in Female Trouble (1974), there’s fun for the all the family. Yet lurking amid the treasures is a film that is seldom discussed today – Mark Rydell’s The Fox (1967). 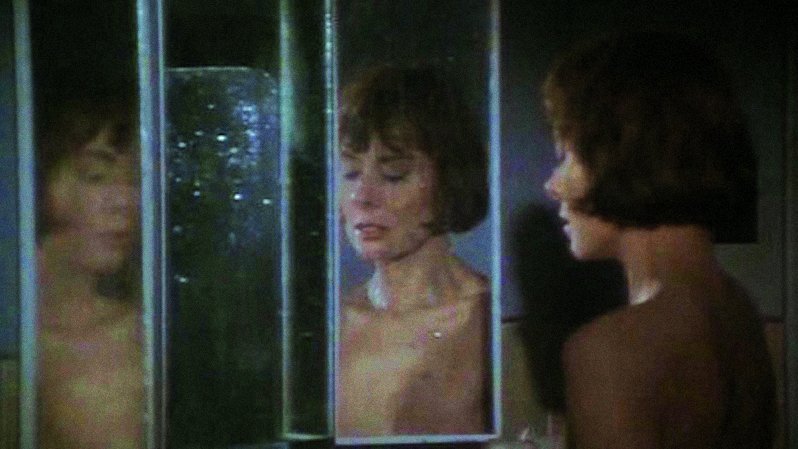 Well, quite a lot, according to The Celluloid Closet, Vito Russo’s landmark anthology of queer cinema. Based on a novella by D.H. Lawrence, the film tells the story of two women living together in a farmhouse, whose relationship is threatened when a man (Dullea) arrives on the scene and makes a play for one of the lovers (Heywood). Her insecure partner (Dennis) loathes the intruder, who mocks her for never having slept with a man.

A tragic ending is on the cards for one of the love triangle, and its suggestion that all a lesbian needs is sex with a man to tempt her away from homosexuality has understandably offended many viewers. The queerness of Dennis’s character seems to generate from a fear of men caused by rape rather than true sexual feelings for a woman (although, to be fair, towards the end of the film Dennis and Heywood share a scene of genuine passion).

This may be too blunt a reading of a complex film – homosexuality isn’t the only issue here. All three characters have flaws – Dennis’s neuroses, Dullea’s arrogance, Heywood’s indecisiveness – which cause the cracks in the relationships, rather than a straight=good, gay=bad scenario. The sexual politics, while potentially offensive, make for a provocative viewing experience. 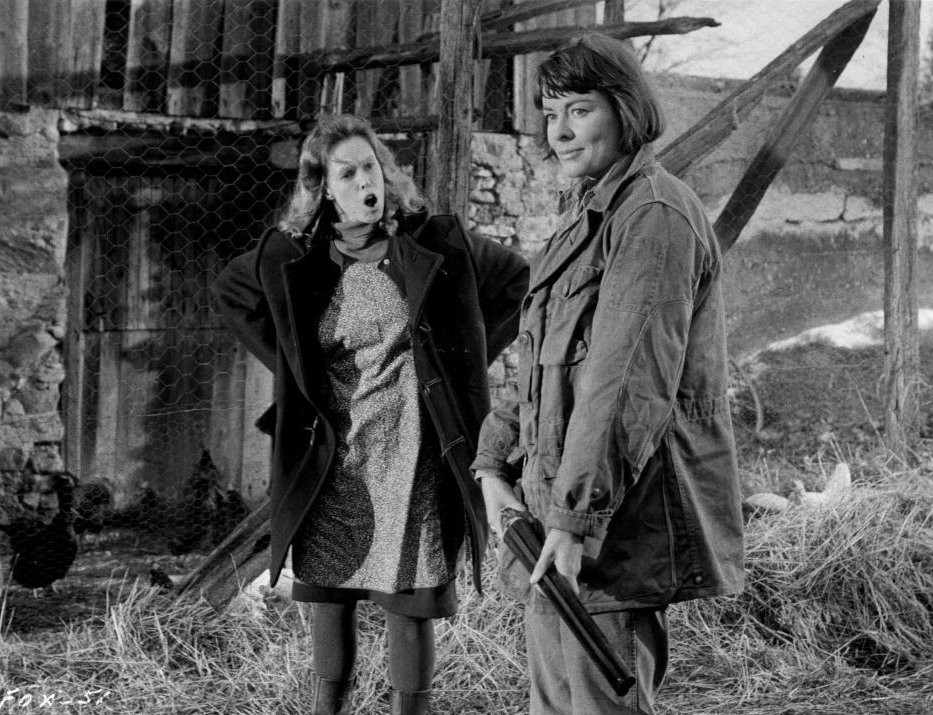 The Fox isn’t the only controversial film getting a reappraisal. Travis Mathews and James Franco’s fascinating new project, Interior. Leather Bar., re-imagines the 40 minutes of sexually explicit footage missing from William Friedkin’s 1980 film Cruising. The latter remains one of the most divisive representations of homosexuality ever shown on film, in its sordid tale of a cop (Al Pacino) who goes undercover in New York’s S&M community to try and uncover a serial killer preying on gay men. The production of Cruising sparked controversy from the outset. Village Voice writer Arthur Bell urged gay people to disrupt filming:

[It] promises to be the most oppressive, ugly, bigoted look at homosexuality ever presented on the screen, the worst possible nightmare of the most uptight straight. I implore readers […] to give Friedkin and his production crew a terrible time if you spot them in your neighbourhoods. 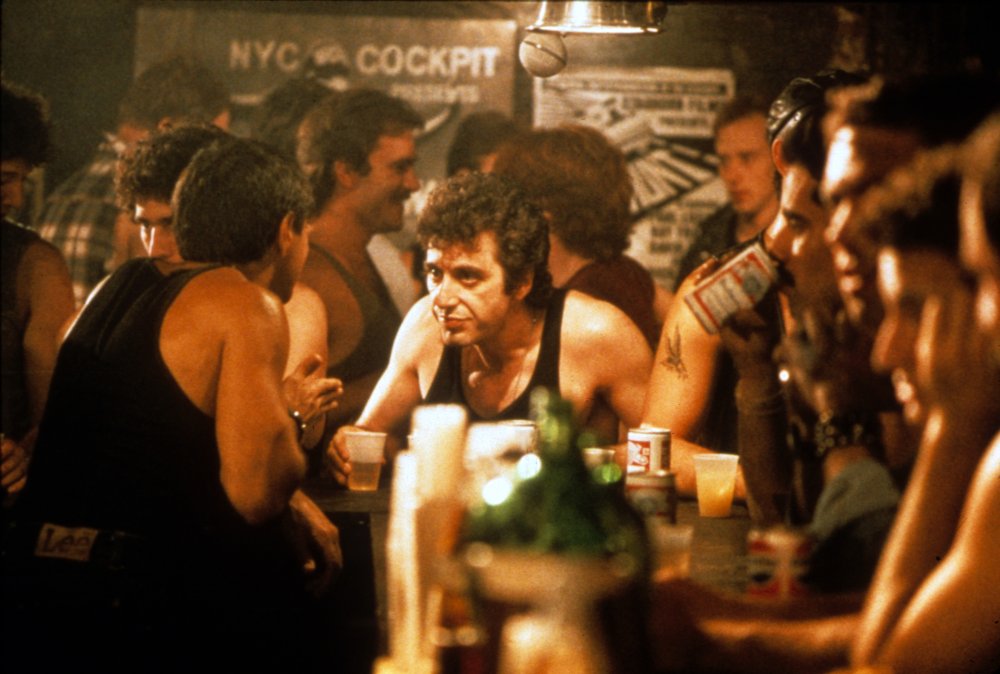 The New York Times reported a thouand-strong march of men and women protesting the making of the film in Greenwich Village. Many activists believed the film would spark off an increase in homophobic hate crime through its alleged portrayal of homosexuals as homicidal psychopaths. A disclaimer was added to the beginning of the film: “This film is not intended as an indictment of the homosexual world. It is set in one small segment of that world, which is not meant to be representative of the whole”, but activists continued to deride the film. On its release, it was a commercial flop, and was panned by critics. 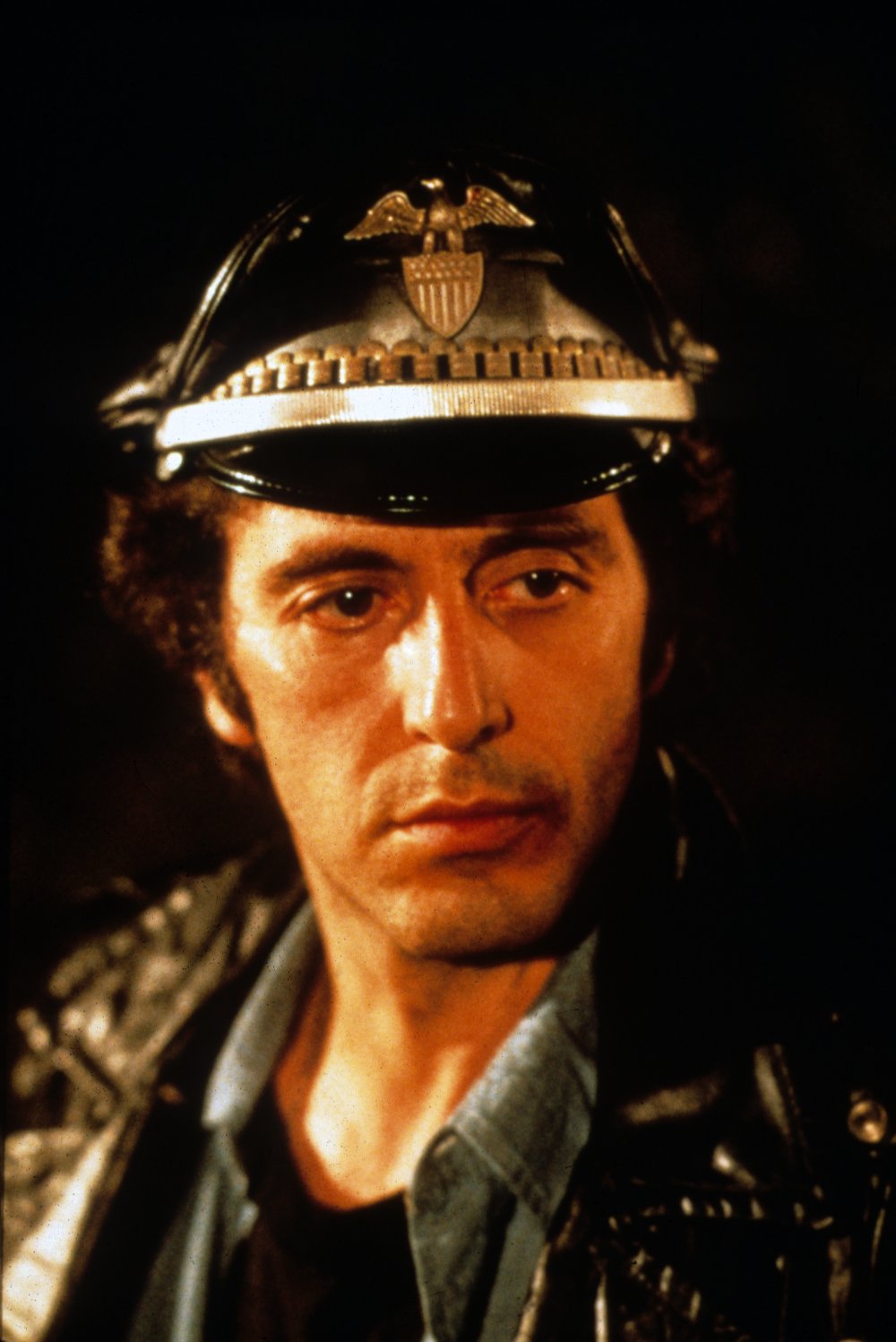 Is Cruising homophobic? It’s certainly sensational – although many of the gay characters are portrayed sympathetically, the first murder scene in particular is unpleasantly exploitative, recalling the seemingly endless rape-murder of Barbara Leigh-Hunt in Alfred Hitchcock’s Frenzy (1972). Many members of the S&M community supported the making of the film, and appeared as extras in the bar scenes.

Over the years the film has been reclaimed as a fascinating look at contemporary attitudes to gay culture. Its supporters include, inevitably, critic Camille Paglia, who declared, “the gay opposition to Cruising prefigured the dismayingly Stalinist gay and feminist picketing of Basic Instinct”, referring to Paul Verhoeven’s 1992 thriller starring Sharon Stone as a bisexual novelist who may also be a serial killer.

Truth be told, despite its qualities, including a strong and genuinely daring performance from Pacino, Cruising is such a confused film it’s hard to discern its view on gay people. This is partly why Interior. Leather Bar. is such an interesting project – will it shed new light on this film maudit? Will its exploration of sexual and artistic freedom support Friedkin’s vision? The Festival will offer a rare opportunity to reappraise these controversial slices of LGBT cinema history.