Like all truly great films, Werner Herzog’s hallucinatory Amazonian adventure announces itself as something special in its very first shots.

It’s often said that film critics are frustrated would-be filmmakers, and I suppose one might just as easily make the same assumption about cinema programmers. But in my case, it’s simply not true. I’ve never particularly wanted to make movies; simply watching them seems to me a much more enjoyable way of spending one’s time.

Besides which I know I could never come close to matching the achievements of the filmmakers whose work has given me the most pleasure. If I know I’m never going to be capable of making a Citizen Kane (1941) or a L’Atalante (1934), an Amour (2012), a The Wind Will Carry Us (1999) or even a Naked Gun 2 ½: The Smell of Fear (1991), then why should I bother taking up directing?

It’s just as well, of course, that this attitude isn’t shared by everyone else. If it were, we’d see very few films being made. And it’s just as well, too, for the rest of the world that I myself do have this attitude; otherwise there’d be even more bad films needlessly made than there are already. But if I ever were to take up filmmaking, there’s one thing I know I’d set out to do: I’d aim to get the audience hooked with the very first scene. 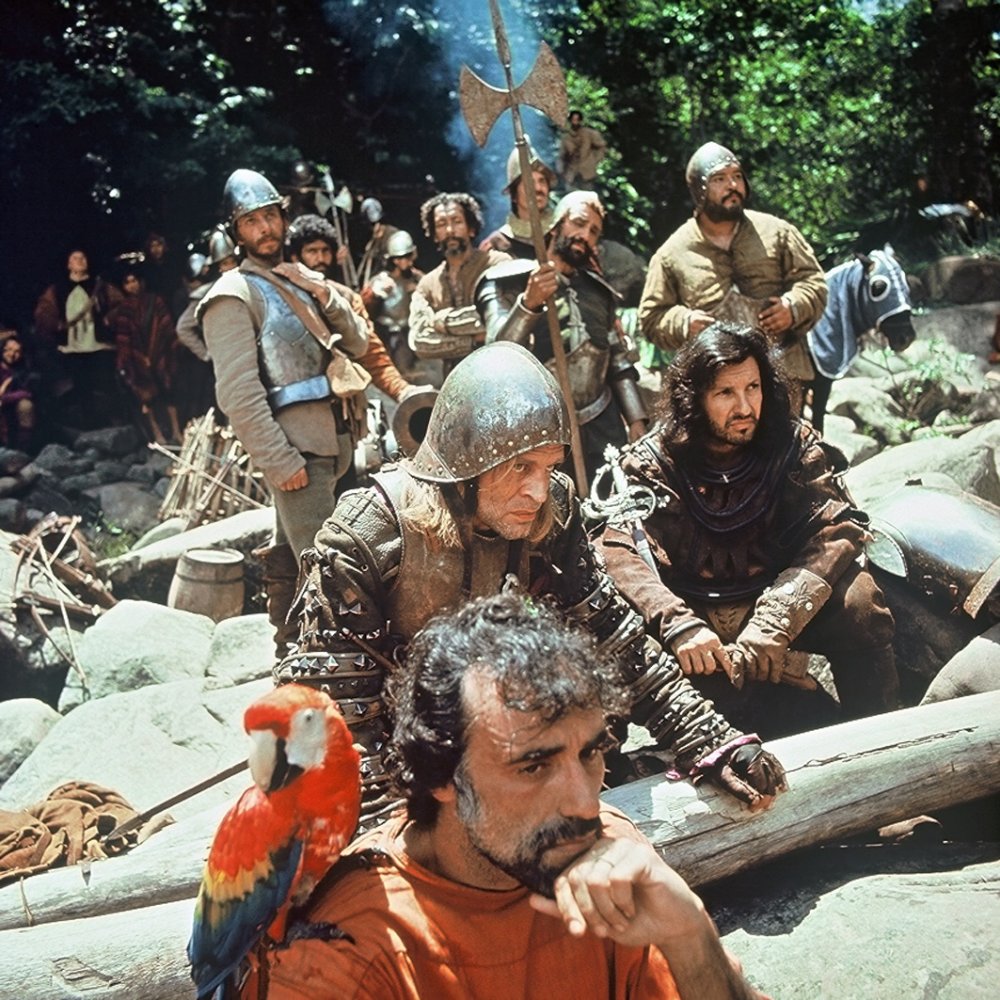 It’s amazing how important the first few minutes of a film are. I’m far from alone in thinking that I can usually tell – nearly always, in fact – whether or not I’m going to like a film from its first five or 10 minutes; if I’m not caught up in it within that time, it’s unlikely to win me over fully by the end. That doesn’t mean one shouldn’t be patient, of course – it might well turn out to be a very passable effort. But both the really great movies and the stinkers generally show their true colours very quickly indeed. Think of the aforementioned titles: the mysterious opening montage of Xanadu, the ramshackle wedding procession, the audience waiting for the recital to start, the car winding along the mountain roads, Lieutenant Sergeant Frank Drebin driving the mean streets of LA… magic, every one. You just know you’re in for something special.

Actually, it’s possible for a film to announce its brilliance even in the very first shot. If you’ve seen Werner Herzog’s Aguirre, Wrath of God (1972) – especially if you’ve seen it on the big screen, where it belongs – you’ll know what I mean. A steep, tree-covered mountainside half-covered in cloud; something’s moving but at first it’s hard to make out what, so tiny do the humans look as they slowly stumble their way down a vertiginous narrow path.

Herzog holds the shot for a while so that we can adjust to this strange, distant view of human activity, before cutting to another slightly closer view. Now the clouds are gone and we can see the antlike column more clearly; he holds and holds and holds the shot, absolutely still, before slowly tilting the camera down a little to reveal, unexpectedly in the foreground, more people further ahead in the column, approaching the camera and then passing right by it. 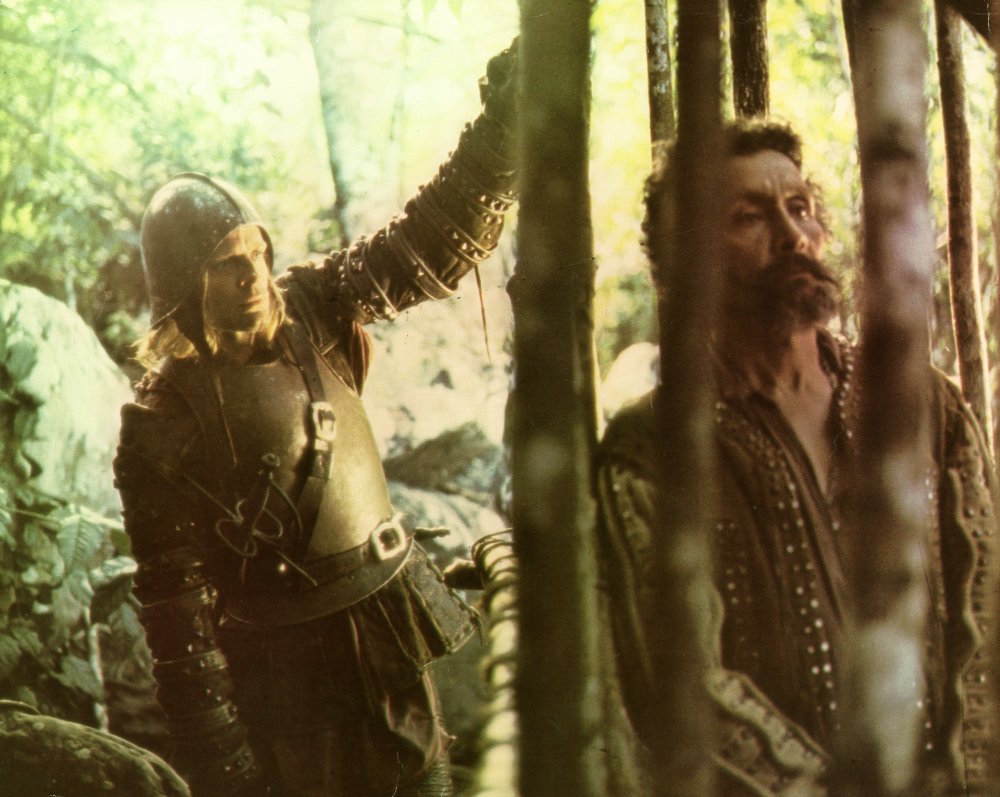 Gradually, with each cut, he takes us closer and closer to the conquistadors and their slaves, their chattels and their beasts of burden and food. The human faces are grim, tired, nervous – hardly surprising given the sheer drop to the side of the narrow path they are clambering along. We see a crate tumble down the mountain and smash, and we imagine what such a fall might mean for the inhabitant of that sedan chair being carried with no little difficulty by a couple of slaves…

It’s a truly extraordinary opening for a movie, astonishing in its scale (especially if one is aware of the small budget and tiny crew Herzog was working with) and in its seeming authenticity: no wonder the actors look so anxious, given that they are actually there in the Andes. This is a historical epic made without matte shots or CGI, and it shows – beautifully.

It’s the tale of an expedition made through the Amazonian rainforests by the Spanish conquistadors in their search for the fabled El Dorado; an expedition probably doomed anyway, but certainly not helped by the actions of the megalomaniac mutineer Don Lope de Aguirre (Klaus Kinski in one of his very greatest performances). 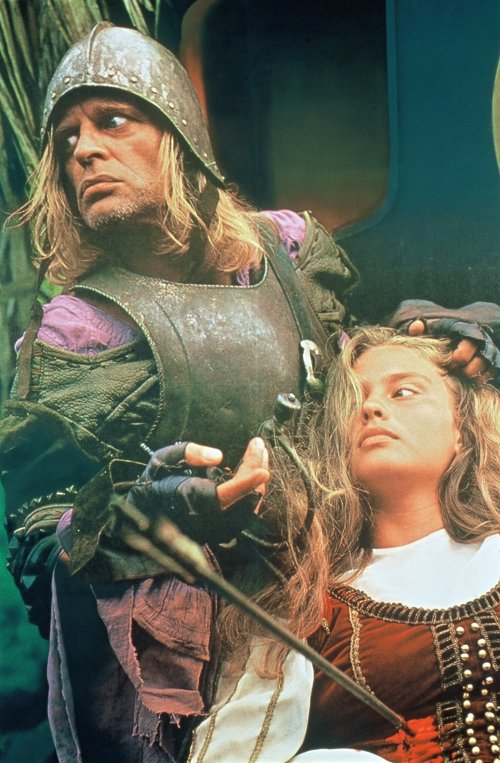 Herzog doesn’t really ‘do’ genre – he’s far too idiosyncratic and personal a filmmaker for that – but it’s just about possible to see the film as a variation on the adventure epic. That said, the adventure here is for real, since the movie, apart from being about the ambition, pride and folly of the invading Europeans, is also in some respects a record of its own making.

There are images in the film which have an almost dreamlike strangeness and delirious intensity, reflecting the increasing mental turmoil of Aguirre as he leads the expedition on a journey bound to end in disaster. The film is one of Herzog’s very greatest, a withering study of humanity’s capacity for an arrogant faith in its own achievements in the face of overwhelming evidence to the contrary.

For all their military expertise and experience as explorers, for all their belief in having God on their side and in their superiority to the local Indians, the conquistadors are simply no match for the natural world they have invaded.  They may think they have brought European civilisation to a primitive wilderness, but they fail – fatally – to realise that their knowledge and manners, their breeding and courage count for nothing.

It is a mark of Herzog’s superb instincts as a filmmaker that he begins his film by grabbing our attention with an extraordinary shot and then never once lets our interest diminish. Indeed, the final shot is as remarkable as the first – once seen, never forgotten.