The gothic glamour of The Innocents

Dressed for distress – beautiful costume designs for Deborah Kerr in the haunted-house classic The Innocents. 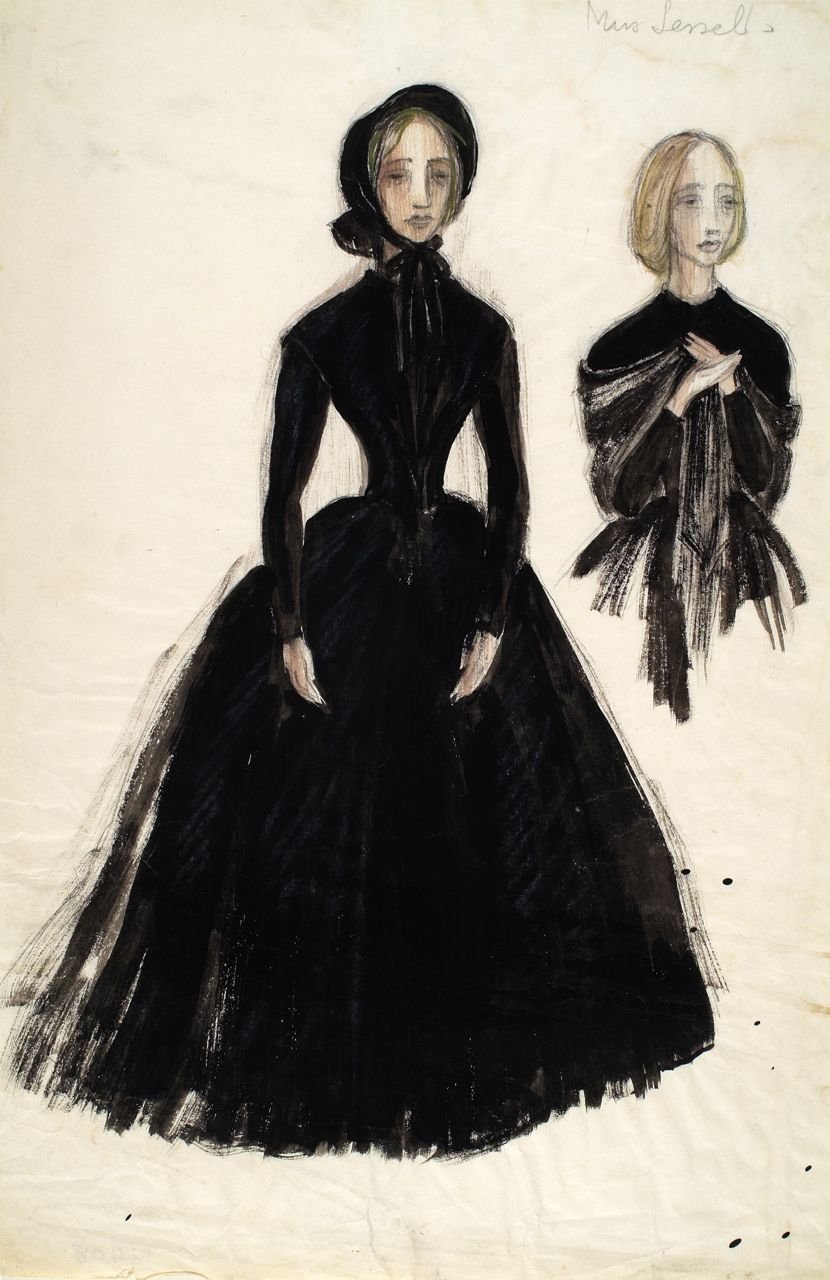 The Innocents (1961), Jack Clayton’s masterclass in fear and ambiguity, was his second feature after the groundbreaking Room at the Top (1958). It takes as its inspiration The Turn of the Screw, Henry James’s tragic, exquisitely crafted ghost story about a governess who takes charge of two very knowing children.

Deborah Kerr plays Miss Giddens, the governess who must come to terms with the dark circumstances surrounding the death of her predecessor, Miss Jessel. Arriving at an idyllic country house bathed in sunlight, things quickly take a more sinister turn. As hazy apparitions start to appear in the corner of her eye, through shifting reeds by the lake and reflected in mirrors, we’re unsure whether Miss Giddens is doing battle with supernatural forces or the powerful workings of her own mind.

The costume sketches for The Innocents are signed ‘Motley’: a trio of designers that consisted of sisters Margaret and Sophia Harris, and their friend and colleague Elizabeth Montgomery. The three first met at art school, before rising to fame in 1932 for their costuming of Sir John Gielgud’s Romeo and Juliet. They would go on to design sets and costumes for theatre and film until 1976, including the stage production of The Innocents (on which the film is based). 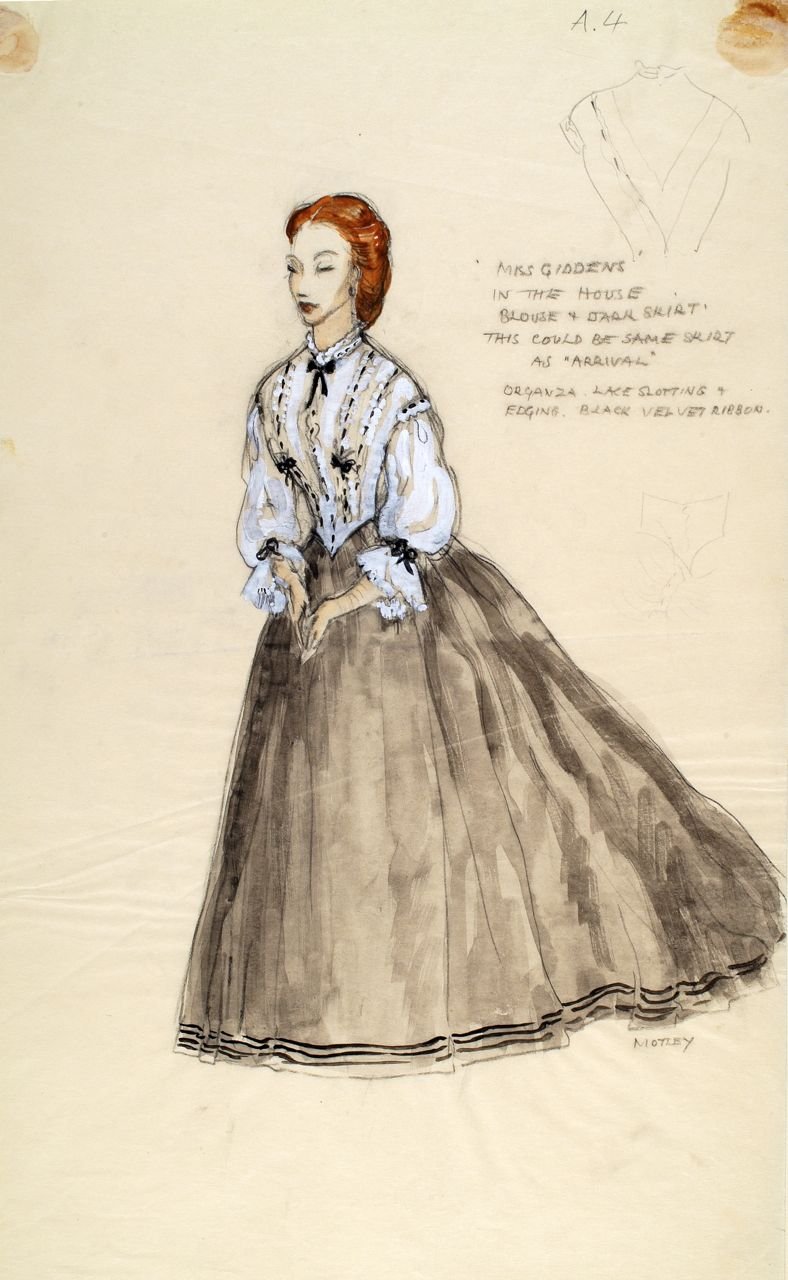 When the sketches were seen by Margaret Harris at the time of their donation to the BFI’s special collections, she quickly confirmed that they were in the style of her sister, Sophia. Renowned for her innovation and lightness of touch, Sophia Harris’s designs gently tease apart the confines of historical fidelity, while still conjuring up an air of authenticity.

In a film where appearances can be deceptive, the costumes also knowingly break a few historical rules. For The Innocents, Miss Giddens’ costumes are a little outside the means of a vicar’s daughter and governess, instead gesturing towards the high end fashion plates that populated the pages of 19th century magazines. As writer Christopher Frayling has suggested, the silhouette is also perhaps a deliberate, cinematic reference to Kerr’s earlier role in The King and I (1956). But Kerr’s dresses also add an air of gothic glamour and romance to proceedings, chiming with the neo-gothic surrounds of Bly House, and helping to chart the psychological descent of her character. 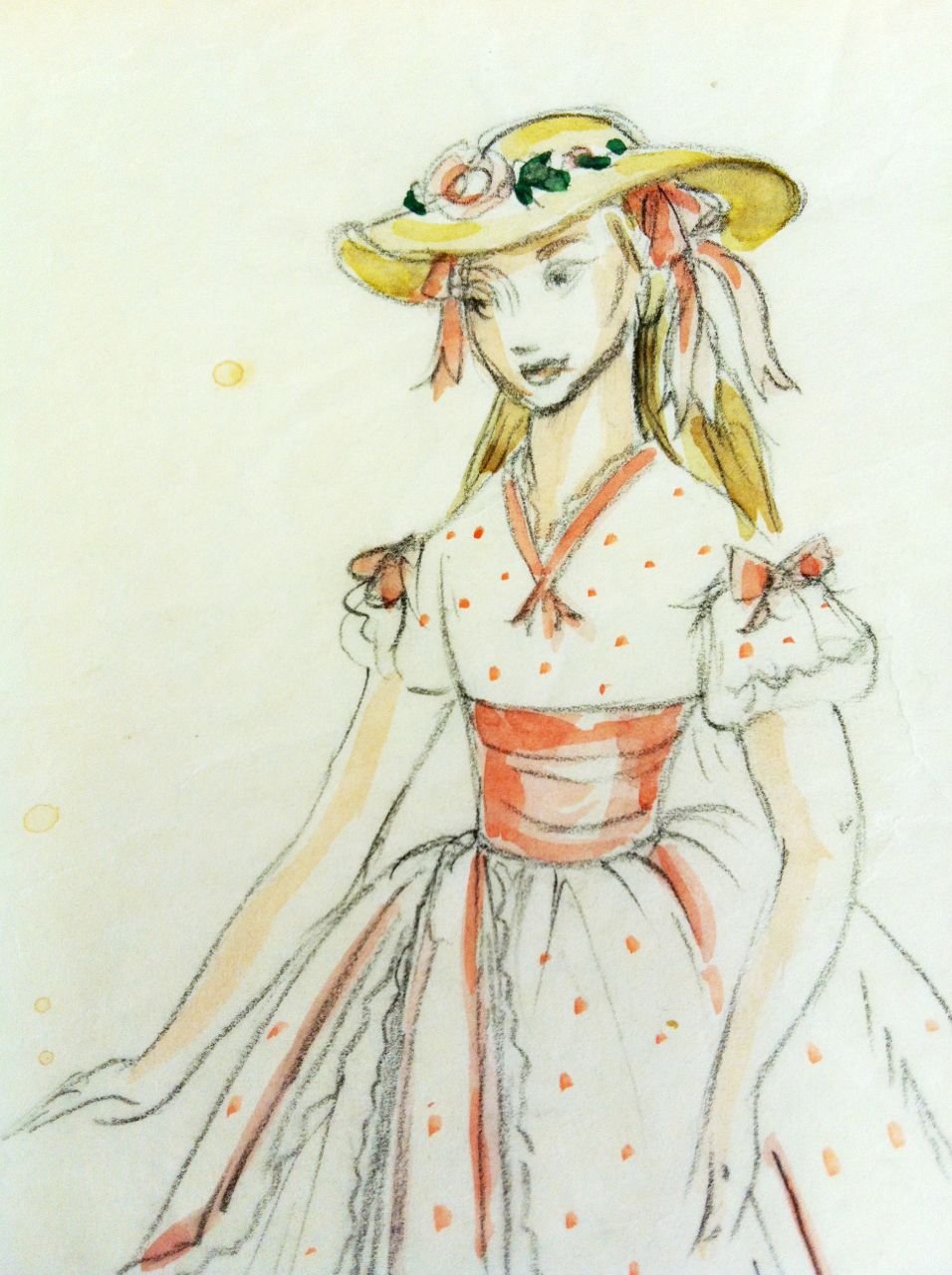 At the start of the film, Miss Giddens shares a visual affinity with one of her young charges, Flora. The two are festooned in flowery motifs, ribbons and swathes of muslin. Meandering by the lake and through the meadow and garden, they occupy a world filled with white roses, which reappear throughout the film as a symbol of the fragility of innocence. When Miss Giddens admires a vase of cut roses in the house, for example, the petals gently tumble to the ground. 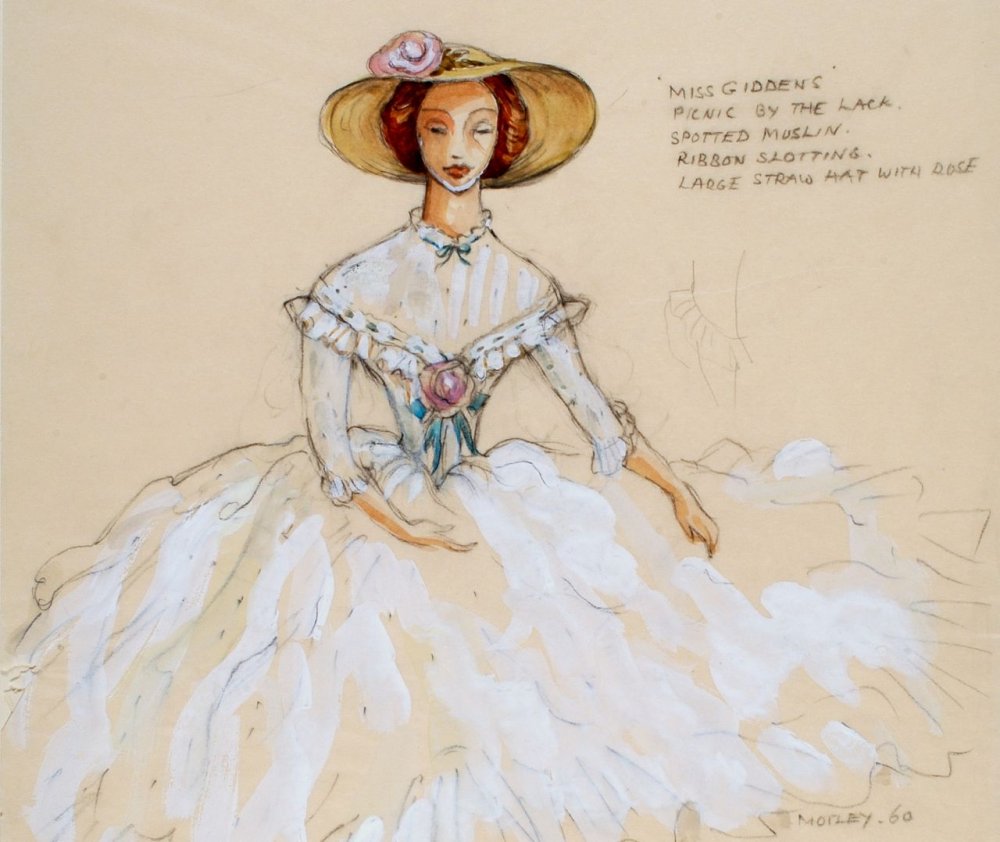 As we move through the film, Miss Giddens’ costumes deepen in colour and texture. Her evening dress is a rich, chestnut velvet, giving the impression of a dark red when filmed in black and white. Under the gentle dance of candlelight, the choice implies the texture of rose petals, while the colour is perhaps an indicator of her intensifying emotional repression. 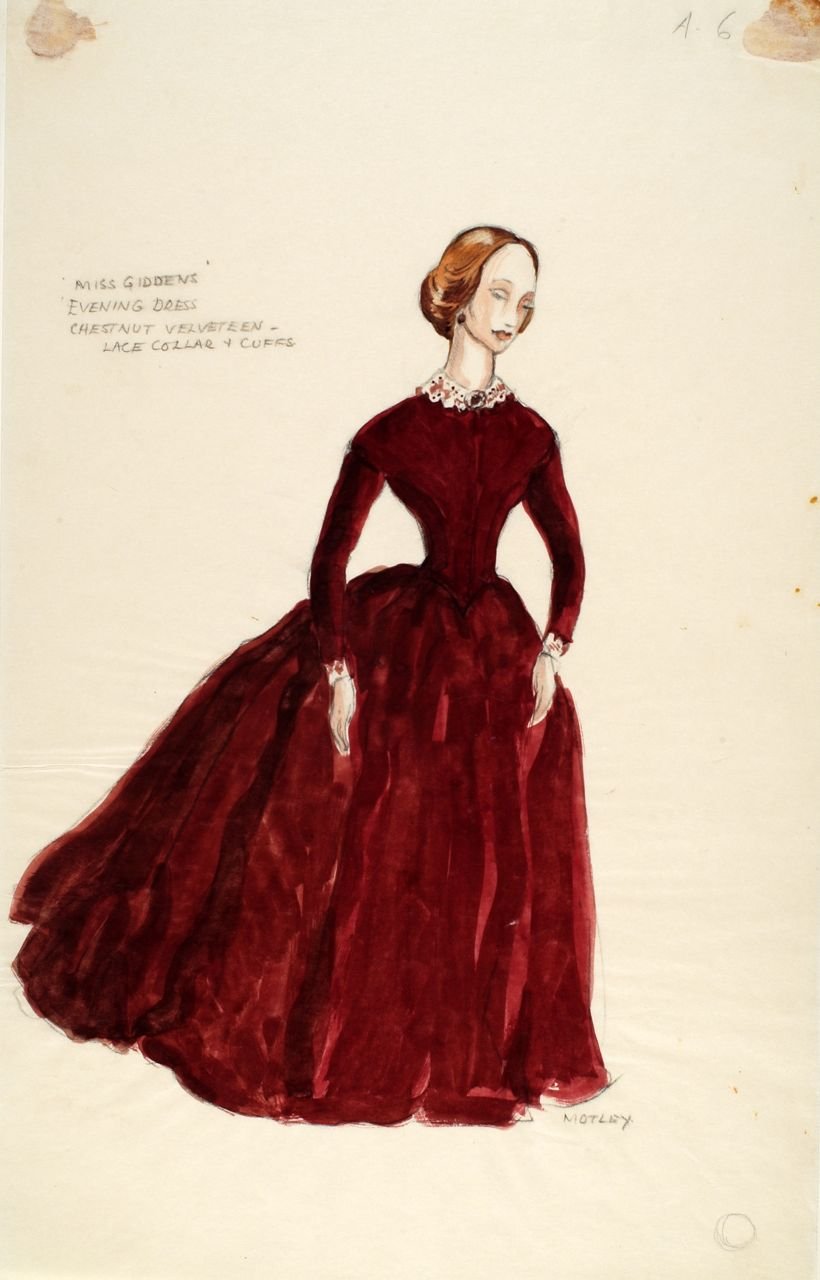 By the end of the film, we’re in a colourless world of mourning, with Miss Giddens’ dresses now assimilated with the head-to-toe black of Miss Jessel, binding the two characters together through costuming. 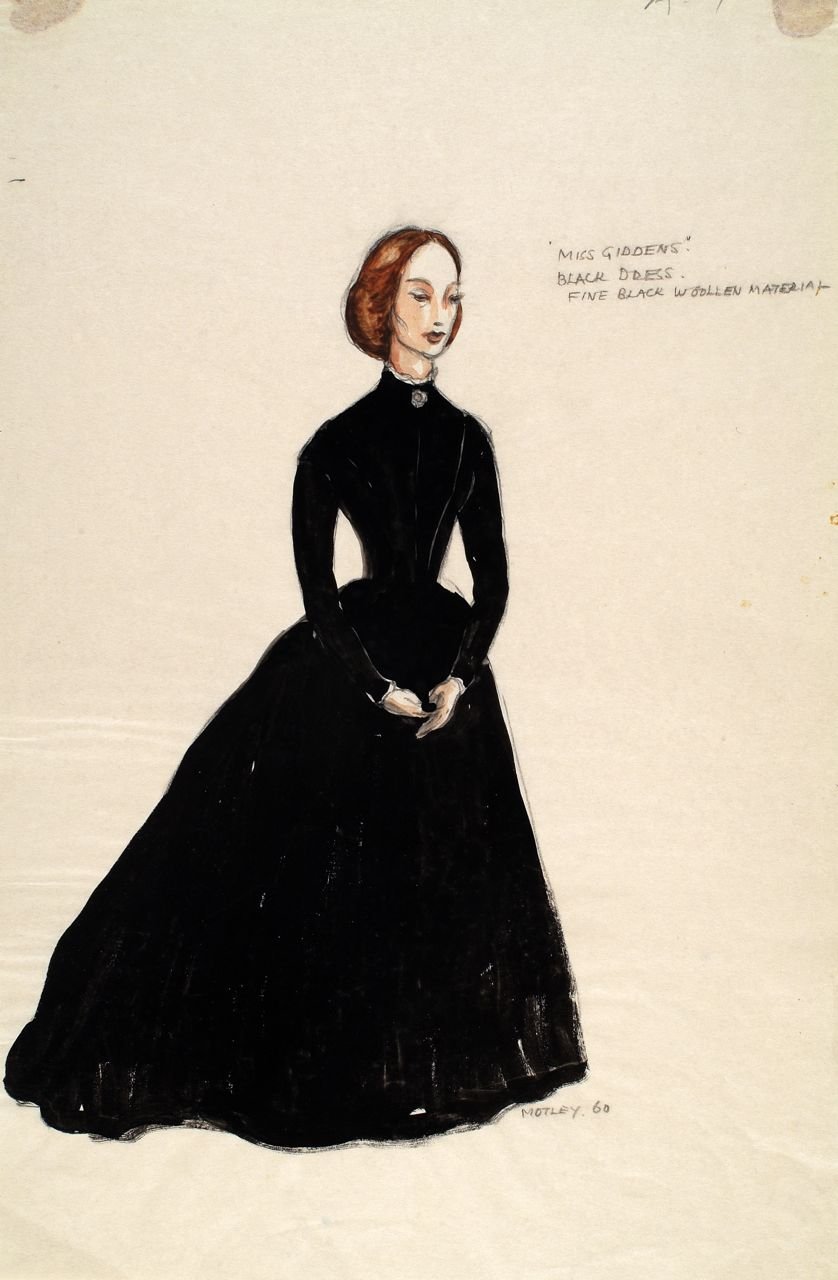 The overall effect is of an overgrown garden coming to an end, a fragile world in bloom that gradually crumbles before our eyes, revealing as it does so a multitude of previously hidden secrets.

Over her career, Sophia Harris would design for over 20 films. In the same year as The Innocents she would design for A Taste of Honey (1961), before working with Jack Clayton again in 1964 on The Pumpkin Eater.