A recent favourite of Michael Haneke’s, Abbas Kiarostami’s latest drama finds him filming in Tokyo for the first time. Geoff Andrew explains why no synopsis is enough for this film of subtle charm and ambiguity. 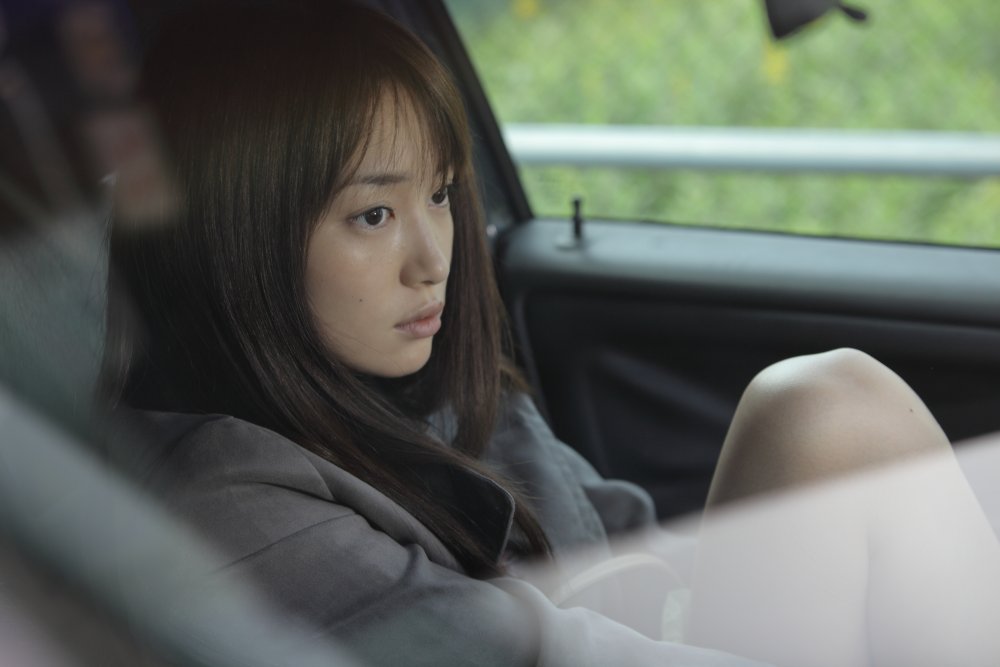 At the Cannes Film Festival last year, I was fortunate enough to be allotted a one-to-one interview with Michael Haneke to discuss his film Amour. Given the customary Cannes madness, one doesn’t get much time for these things, but I counted my blessings that I wasn’t one of the many offered a quarter of an hour at a round-table with a dozen other journos.

And it was good, anyway, to touch base with Haneke – we’ve met many times since I first interviewed him about Benny’s Video in the early 1990s – and some of the precious time the film’s press team had granted me was inevitably at first taken up with chit-chat. He wanted to know which films in the festival I liked; he himself had had time to see only two films in the festival – Paradise: Love and Like Someone in Love.

Lest you conclude that Haneke was keen to check out films with similar titles to his own, I should add that the former film was made by his compatriot Ulrich Seidl and the latter by his favourite director at work today. Haneke, who knows Abbas Kiarostami is a favourite of mine too, has often told me he believes the Iranian stands head and shoulders above all other living directors.

Anyway, in reply to his question, I told him – in all honesty– that Amour and Like Someone in Love were the finest films I’d seen in the festival. Naturally, Haneke was pleased I’d liked his own film, but he was more interested in discussing Kiarostami’s, which he had absolutely loved. And the ending, I asked? Magnificent, was his answer, and entirely characteristic of Kiarostami’s special genius. No one, insisted Haneke, could or would have given us such an ending.

He was right, of course. I won’t spoil your enjoyment of Like Someone in Love by giving anything away here about its later sequences. I’m always reluctant to reveal anything that happens more than 20 minutes into a movie, since a prime pleasure of watching a film is wondering what will happen next, and how and why it will happen. 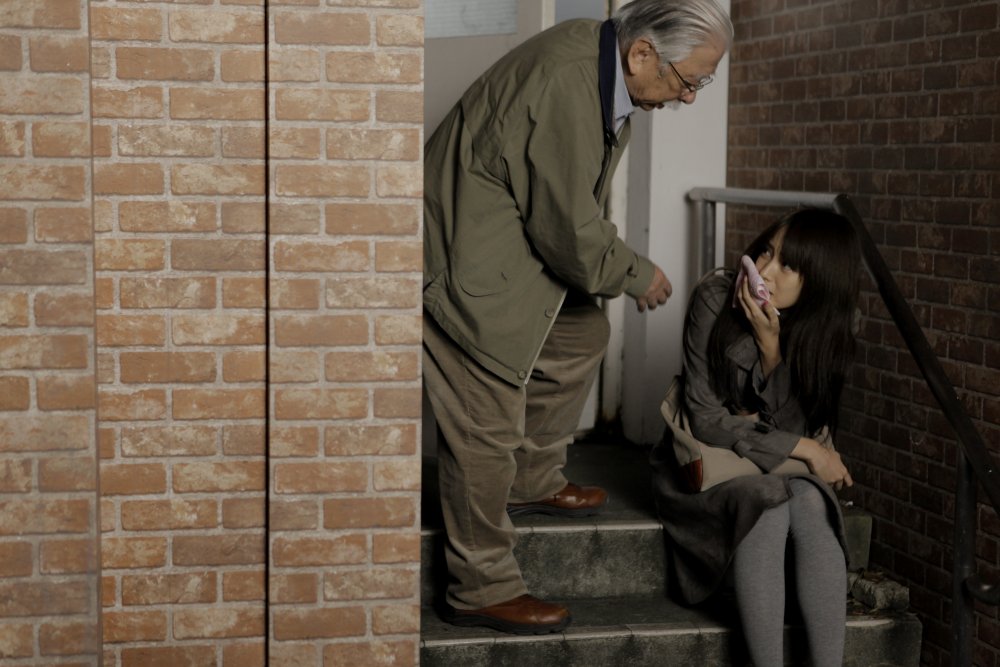 One of the glories of his art – and you can see why the man who made Code Unknown (2000), Time of the Wolf (2003), Hidden (2005), The White Ribbon (2009) and Amour would appreciate this – is its fundamental ambiguity. That’s not to say his films are difficult or complicated; to the contrary, he seems averse to tortuous plotting, and his ‘stories’ are usually so simple they can be summarised in one or two short sentences.

‘A young Japanese woman who funds her studies in Tokyo by moonlighting as a call girl is sent by her boss to spend the evening with an elderly man she’s told is of some importance. The next morning when he drives her to the university, they encounter her boyfriend, a garage mechanic prone to possessive jealousy, who presumes the old man is the girl’s grandfather.’

That’s it, more or less. But note that some of the above is a little vague, and that lacuna between the evening and the next morning. I’m not being coy or misrepresenting the film; this is simply the best I can come up with, given the space I’d given myself to offer an adequate idea of the story.

With more words I could have gone into greater detail, but I don’t believe that would have provided answers to key questions these two sentences raise about what occurs during the 18 hours that constitutes the film’s timespan. Why exactly does the girl’s boss send her to see the old man? What does happen between mid-evening and mid-morning? What are the girl’s true feelings for the mechanic, and vice versa? Which of these characters is telling the truth? And if they’re not being  entirely honest, why is that, and what are they trying to hide? My brief synopsis doesn’t touch on, let alone answer, any of these questions. Yet it’s these and a host of other ambiguities that make the film so engrossing. 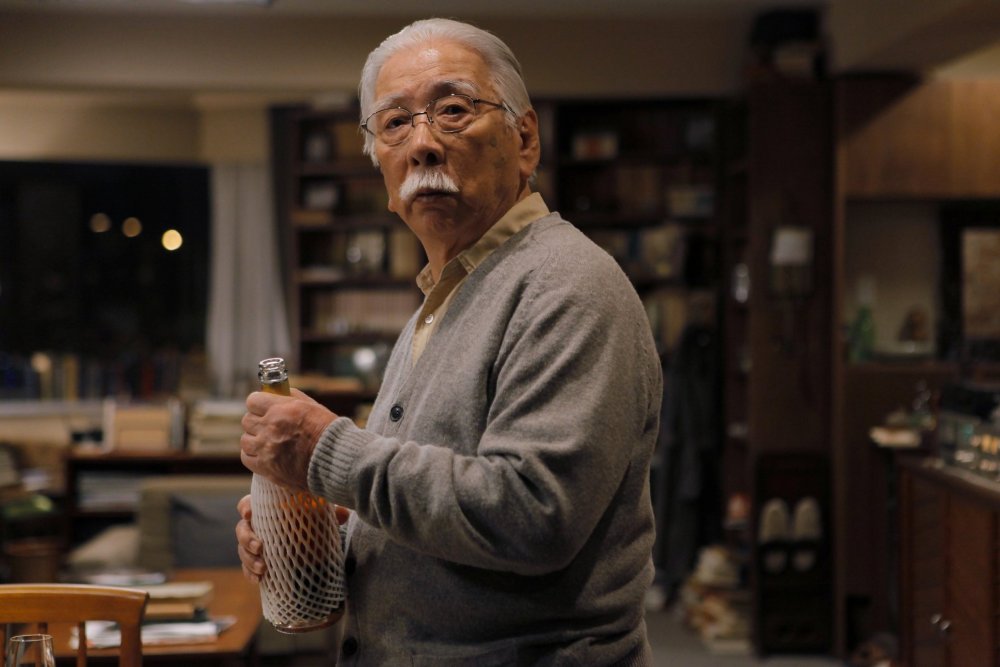 The fact is, plot never counts for very much in a Kiarostami film. That’s not to say he’s not concerned with storytelling. Quite the opposite: what interests him is how we describe and engage with people, places, events. It’s not so much a matter of what we look at as how we look at it. After all, that’s how understanding comes about.

And just as a synopsis for a film gives no sense of its beauty or rhythms, its tone or resonance, so a film’s plot gives no real indication of its true meaning. Kiarostami knows there’s always a world that exists beyond the story; a world, indeed, that exists beyond what we see and hear on screen. This world includes his audience, and he invites us, as individuals, to engage with him in creating a film’s ‘meaning’ – he knows and accepts that each of us, inevitably, experiences a different film.

So all we need do is look, listen and use a little imagination. To be properly attentive, like someone in love with what the cinema has to offer as an art form. What’s so hard about that?