From South Park to London Road: the rise of the alternative musical

The modern world needs a modern kind of musical. South Park and Team America knew this, and so does Rufus Norris’s London Road, which bravely sets to song a community’s reactions to the Ipswich prostitute murders of 2006. 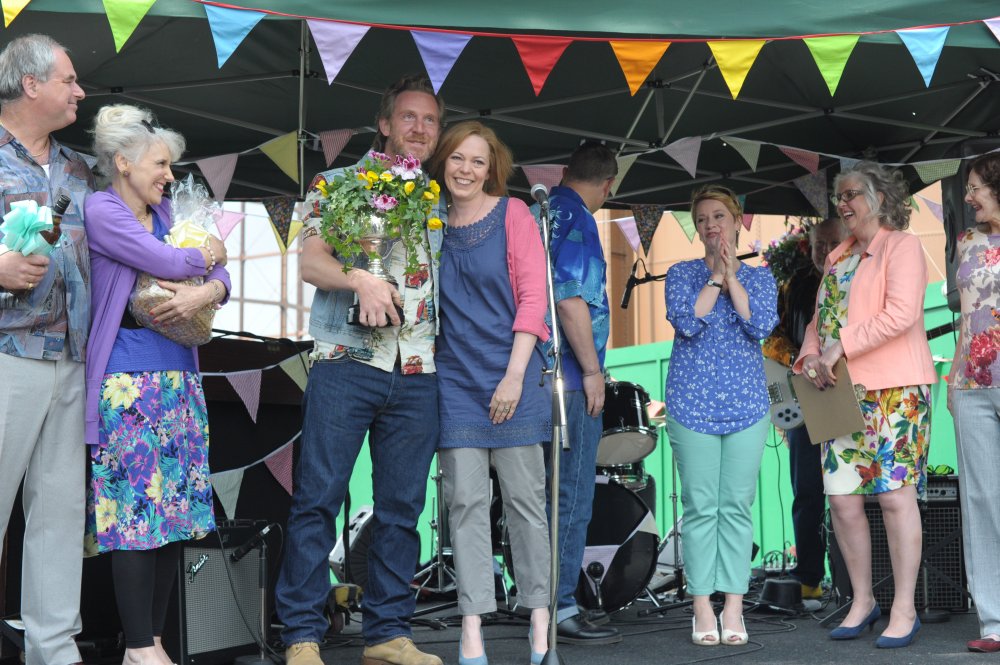 In April 2011, the curtain went up at London’s Cottesloe Theatre on a new musical by playwright Alecky Blythe, composer Adam Cork and director Rufus Norris. Opening to a flood of critical acclaim, London Road enjoyed a sell-out run and went on to win best musical at that year’s Critics’ Circle Theatre Awards. After a successful 2012 revival at the Olivier Theatre, Blythe, Cork and Norris collaborated on a film adaptation of their work, supported by the BFI Film Fund, which opens in cinemas on 12 June.

While it may have taken a standard route from stage to screen, the production itself is far removed from traditional musical fare. Set in the grey surroundings of Ipswich rather than the Technicolor dream worlds of Rodgers and Hammerstein, the narrative revolves around life on the titular street in the wake of five prostitute murders in 2006. In the immediate aftermath, and throughout the trial of killer Steve Wright, Blythe interviewed London Road’s residents, uncovering their most intimate thoughts about the very public tragedy unfolding on their doorstep and the renewed community spirit that followed.

Blythe then took the unusual approach of turning those interviews, absolutely verbatim, into her character’s dialogue and, together with composer Cork, the production’s surprising songs. In line with genre tradition they are used to expose deep-seated emotions, but they are entirely unorthodox in their composition and delivery. Rather than simply bursting into life, the songs emerge organically from everyday speech, their lyrics unpolished and demotic. Cork works with the natural rhythms of speech, making effective use of every pause, repetition, colloquialism and hesitant ‘um’. Not only does this work on an artistic level, but it feels entirely appropriate, an intoxicating combination of faithful dialogue and evocative music conveying the evolving impact of these real-life events.

Early songs like ‘Everyone Is Very Very Nervous’ (“Everyone is very very nervous, um, and very uncertain of everything, basically” is its catchy refrain) and ‘It Could Be Him’, so beautifully structured around the nervous giggles of schoolgirls, are composed of the staccato beats of paranoia and suspicion, highlighting a town shrouded in uncertainty and fear. The frenzied pace of ‘It’s a Wicked Bloody World’, sung by onlookers outside Wright’s trial, is an effective summation of the public’s morbid fascination with such cases. And, by the film’s end, swelling, upbeat songs like ‘London Road in Bloom’, in which the residents wax lyrical about their newly tended gardens, (“Begonias, petunias, um, impatiens and things”) underscore the relief and optimism of a community looking to the future. By contrast, the heartbreaking ‘We’ve All Stopped’, in which the predominantly silent prostitutes are finally given voice, is a sobering reminder that these women have been left with little in the way of hope. 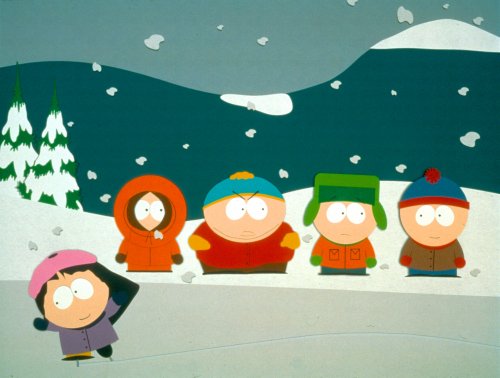 London Road eloquently demonstrates the value of musical tropes in the telling of extreme or controversial stories, and many other modern filmmakers have also harnessed the power of this approach. Consider American writer-director Trey Parker (who made his feature debut with 1993’s self-explanatory Cannibal: The Musical) and Matt Stone, whose South Park: Bigger, Longer & Uncut (1999) saw their foul-mouthed schoolboy heroes at the centre of a war between the USA and Canada. Rather more near the knuckle was the pair’s 2004 animation Team America: World Police, in which the titular organisation fights terrorists across the globe, singing as they save the world. It may be wildly over the top, but songs like ‘America, Fuck Yeah!’ and ‘Freedom Isn’t Free’ offer savvy parody of the jingoistic self-righteousness that informs a certain breed of American action filmmaking (and, it could be said, some American foreign policy).

Similarly, Darren Lynn Bousman’s 2008 gore-fest Repo! The Genetic Opera may boast a high camp narrative about a biotech company offering organs on finance – with bloody consequences if repossession is required – but on-the-nose numbers like ‘21st Century Cure’ and ‘Legal Assassin’ offer surprisingly insightful commentary into the desperate fight for survival that defines life below the poverty line. And with far less social commentary but equal amounts of blood, Japanese director Takashi Miike’s The Happiness of the Katakuris (2001), which tells of a rural inn whose visitors meet horrifying ends, mixes visceral horror and musical numbers to brain-bending effect. 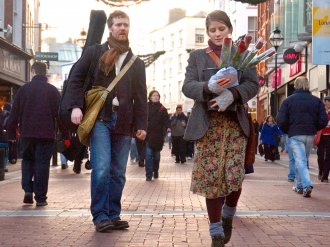 While many alternative musicals aim for comedy or horror some, like London Road, take a far more straight-faced approach to their material. John Turturro’s gritty Golden Lion-nominated Romance & Cigarettes (2005) deals with the fallout of adultery in working-class New York, and sees its characters singing along to a well-chosen, eclectic pop soundtrack which takes in everything from Janis Joplin’s rendition of ‘Piece of My Heart’ to Bruce Springsteen’s ‘Red Headed Woman’. These numbers, as performed by an outstanding cast including Kate Winslet, Susan Sarandon and the late James Gandolfini, give as efficacious an insight into the emotional and dramatic stakes as any scripted dialogue.

The same is true of filmmaker John Carney’s drama Once (2006), which revolves around the burgeoning romance between a nameless busker (Glen Hansard) and immigrant (Markéta Irglová) as they collaborate on writing and performing the musical numbers (including best original song Oscar-winner ‘Falling Slowly’). These songs are integral to the personal experiences of these two transient souls, and speak to the universal realities of modern multicultural city life. 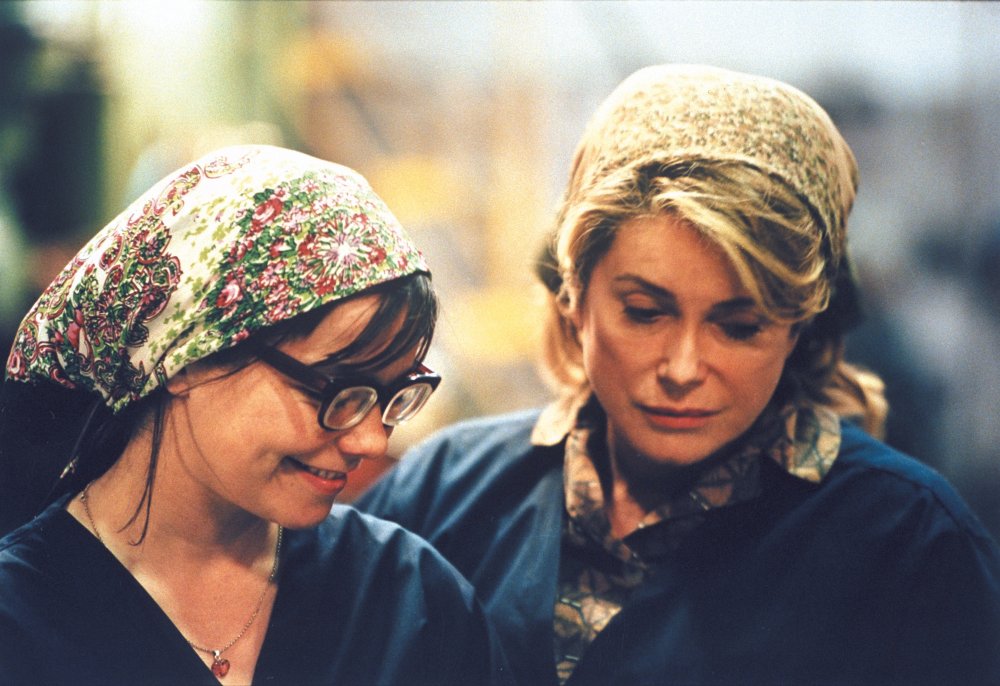 Also dealing with the contentious topics of immigration and deprivation is Lars von Trier’s Dancer in the Dark (2000), starring Björk as an eastern European woman who moves to the USA in 1964, hoping for a better future for herself and her young son. Her expectation that her new life will be like the Hollywood movies she adores is underscored by the traditional, upbeat musical numbers, which includes renditions of The Sound of Music classics alongside original compositions; this optimistic soundtrack is, brilliantly and painfully, in stark contrast to the dull realities of life as an anonymous factory worker.

This expert juxtaposition between the fantastical elements of the musical and an ultra-realistic narrative is at the heart of Dancer in the Dark, just as it drives all successful alternative musicals. And it’s this balance that London Road strikes so perfectly; its blend of song and hard-hitting story fuelling its dichotomic power to both celebrate the power of community and expose the ‘not in my backyard’ prejudices that are so often hidden behind closed doors.

Related to From South Park to London Road: the rise of the alternative musical