The forgotten history of women’s football

100 years ago women’s football was frequently attracting bigger crowds than men’s games. So why did the FA ban it? 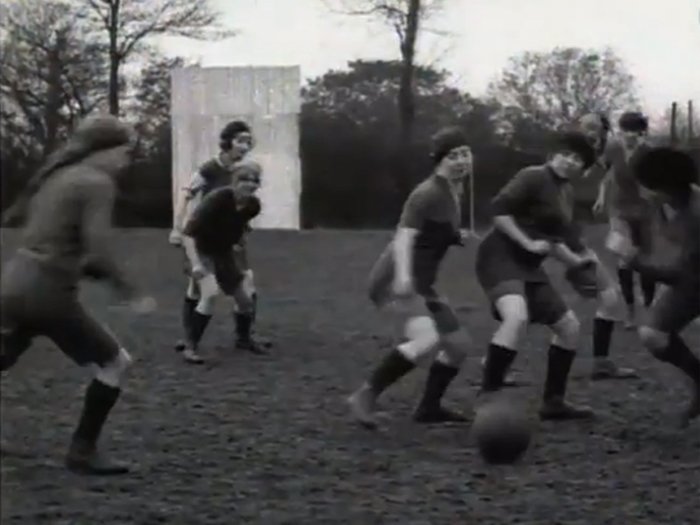 The Lionesses play Japan on Wednesday 1 July at midnight UK time in the 60,081 capacity Commonwealth Stadium, Edmonton, Canada. Millions more will watch it on TV.

What’s not well-known is that 100 years ago women’s football was huge, drawing 10,000s of people to matches. On Boxing Day 1920, 53,000 people packed into Everton’s Goodison Park to watch the unofficial England team, Dick, Kerr’s Ladies, beat the St Helen’s Ladies 4-0. Thousands were left outside unable to see the game – one estimate puts the potential audience at 67,000.

Dick, Kerr’s Ladies were definitely the leading lights of women’s English football, winning in France and triumphing 5-4 over a men’s team in the United States.

By 1921 there were around 150 women’s teams in England, mostly in the North and the Midlands.

Then, just as women’s football looked as if it would be a permanent fixture of English sport, on 5 December the Football Association announced they were to bar women’s matches from all FA run-grounds, effectively removing the opportunity for women to play in front of huge crowds.

The FA stated: “Complaints having been made as to football being played by women, the Council feel impelled to express their strong opinion that the game of football is quite unsuitable for females and ought not to be encouraged.

“The Council are further of the opinion that an excessive proportion of the receipts are absorbed in expenses and an inadequate percentage devoted to Charitable objects.”

A light-hearted newsreel from the time pokes fun at the Football Association’s claims that football was ‘Unfit for Females’.

Despite opposition, the ban went ahead and wouldn’t be lifted for 50 years. Women’s football dwindled – by the end of the Second World War there were only 17 women’s teams.

Still, some felt that the motivation behind it may have been that champions of the men’s game felt under threat from the explosion of interest in women’s football. Women’s matches regularly drew bigger crowds than men’s games on the same day.

Alice Barlow, who played right-half for Dick, Kerr’s Ladies told the BBC in 2005: “It came as a shock…and we could only put it down to jealousy. We were more popular than the men and our bigger gates were for charity.

“I don’t swear so I can’t tell you what some of the team said but it was sad because it had been such happy times.”

It wasn’t until 1993 that the women’s game came under the auspices of the Football Association.

With England about to play Japan, women’s football is now getting the kind of interest it had 100 years ago.