Five wonderful effects in Man with a Movie Camera... and how they’re still inspiring filmmakers today

It’s been voted the eighth best film ever made, but what is it about Man with a Movie Camera that remains so inspiring so many years later? Here are five special moments from many. 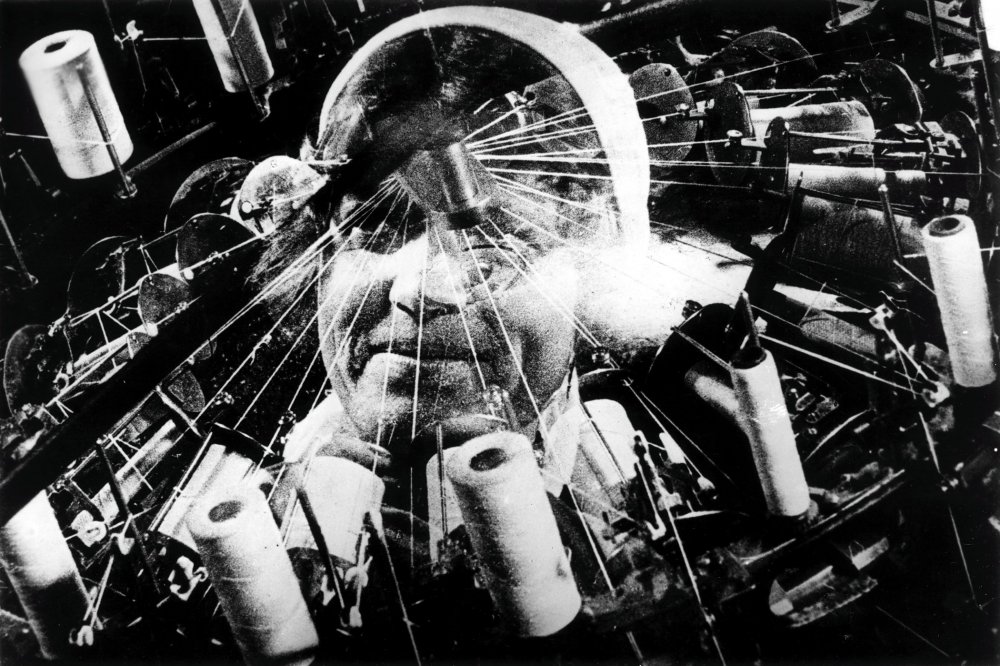 When we think of impressive cinematic effects, we tend to think in terms of modern CGI blockbusters: believing men can fly in the latest Avengers outing, or watching the world torn asunder by giant robots or explosive shootouts. However, beneath that barnstorming spectacle, lies a more subtle kind of effect – that which imperceptibly conveys time or mood. While they may not grab our attention like the depiction of an alien city, they are the cornerstones of the visual language of cinema.

One of the filmmakers we have to thank for introducing this language is Russian filmmaker Dziga Vertov. More than 85 years after its release in 1929, it is difficult to watch his most famous film, Man with a Movie Camera, without being bowled over – by its energy, its dynamism, and its visually playful nature. Below are five of the film’s most influential effects, the impact of which are still being seen on the silver screen today.

The dissolve, in which the final frames of one image are briefly laid over the introductory frames of the next, is the oldest form of film transition. Originally, most segues from one shot to the next were done this way, but by the 1920s dissolves increasingly used to indicate the passage of time.

Vertov himself was an early adopter of this effect, and multiple occurrences of it appear in Man with a Movie Camera. In one sequence, we see time pass as empty locations fill with activity: a deserted beach becomes populated by women doing aerobics, and swimmers glide through a previously still ocean.

Ever since, the dissolve has continued to illustrate time: from the changing of the seasons in Doctor Zhivago (1965), to moments that occur in close proximity in films like Charlie’s Angels (2000), or Harry Potter and the Goblet of Fire (2005).

Imagine the tension of the bucket teetering over the protagonist’s head in Carrie (1976),  or Neo’s first jaw-dropping foray into bullet-time in The Matrix (1999). Such effects can be traced back via Dziga Vertov.

He was one of the first filmmakers to experiment with frame-rates, manipulating the number of times per second that his camera captured the action in order to distort the speed of certain clips when the film passed through a projector at its usual 24 frames per second. This is most memorably used in a sequence at the park during an athletics competition.

A woman pirouettes across the screen in majestic slow-motion before hurling a discus. By choosing to use slow motion, Vertov heightened the experience of this moment of impressive physical prowess. Today, with so much high definition sports broadcasting, this shot might seem commonplace, but in the 1920s, it was an innovative, groundbreaking effect.

In a wonderfully strange sequence, the film’s eponymous movie camera decides that it no longer needs its operator; it spins around of its own accord and gambols about on its own three legs.

This scene in Man with a Movie Camera is a precursor to generations of extremely popular special effects, from Ray Harryhausen’s monsters in Clash of the Titans (1981), to Star Wars (1977) and The Terminator (1984) – not to mention the plasticine exploits of Wallace and Gromit.

Back in 1924, Vertov directed the Soviet Union’s first ever animated film, called Soviet Toys, and it was a similar approach that he later adopted in a live-action setting to create some of the earliest and most influential special effects. By moving the inanimate object very slightly between each frame, he created the illusion that the camera had developed a mind of its own and came to life before the audience’s eyes.

The split screen effect is one that Vertov utilises a lot in Man with a Movie Camera. In the 1920s, with his hand-cranked 35mm camera, he would have achieved this by covering part of the lens to first create an image with an empty half. Then, winding back and shooting over the same strip of film with the other half covered, he would fill in the gap.

Vertov employs this technique to various ends throughout the film – sometimes to create a trick of the eye, sometimes to distort the image. In one sequence he uses the split screen, in a way that is still adopted today, to focus on different actions or spaces at the same time.

One modern blockbuster that owes a considerable debt to Man with a Movie Camera is Christopher Nolan’s Inception (2010). In among the film’s Russian-doll dreamscapes, Nolan includes several homages to Vertov, most notably with the mind-bending moment when the city folds over on itself.

Man with a Movie Camera features a similar scene, though the method required to achieve it in the early 20th century was somewhat different. Rather than computer trickery, double exposure was the key: exposing the same strip of film to two different images to overlay them. Vertov uses this technique several times – famously, he literally places the cameraman inside a pint of beer in one scene.

Watch the new trailer for Man with a Movie Camera (1929)

Related to Five wonderful effects in Man with a Movie Camera... and how they’re still inspiring filmmakers today