These five extracts offer an ‘open sesame’ into the unique universe of Pier Paolo Pasolini. 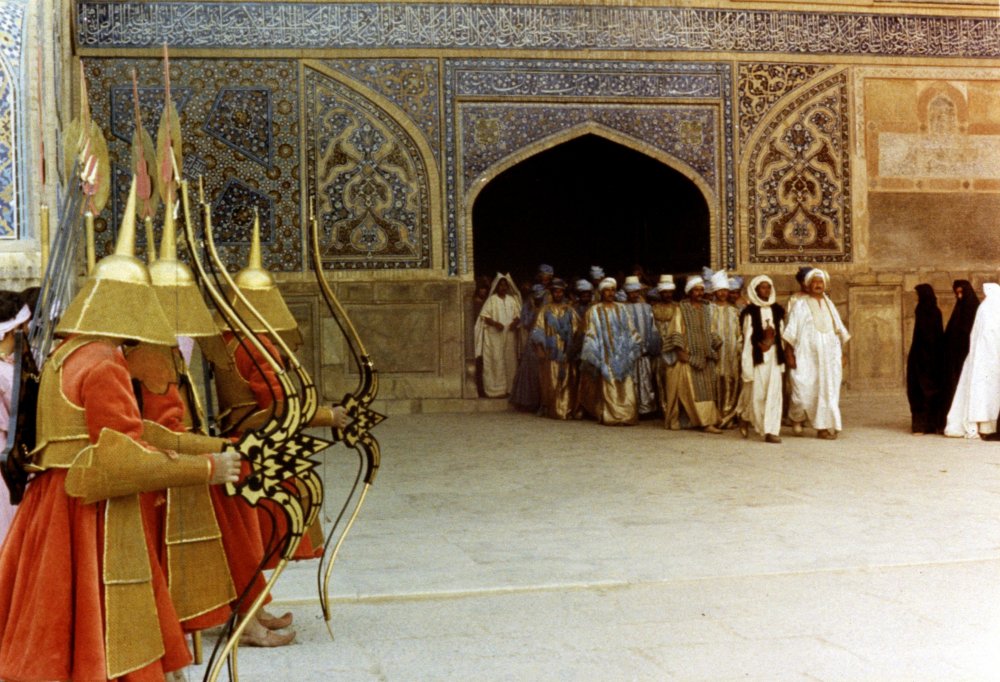 In a 1980 interview with Aldo Tassone, Bernardo Bertolucci famously recalled that working as Pier Paolo Pasolini’s assistant on his first film Accattone (1961) was like witnessing the birth of cinema. Although he had worked on screenplays and had taken on minor roles in front of the camera, the Bologna-born poet and novelist had no formal training in filmmaking. “One of the qualities of Pasolini’s early films was his invention of a new language,” said Bertolucci. “Even when he became more technically proficient later in his career, he always retained the apparent stylistic roughness of his beginnings.”

On 2 November 2015, the 40th anniversary of Pasolini’s tragic death was marked by the release of a new BFI Blu-ray boxset bringing together six key works from the second part of the director’s career: Theorem (1968), Medea (1969), The Decameron (1971), The Canterbury Tales (1972), Arabian Nights (1974) and Salo or the 120 Days of Sodom (1975). The subject matter, tone and milieux of these films differ considerably from his early pictures, and this naturally led to an evolving of his style but, as Bertolucci observes, certain elements remained constant.

Although not as renowned for his use of landscape as Michelangelo Antonioni, Pasolini was acutely aware of its importance. For The Gospel According to Matthew (1964) he came to the conclusion that the original Middle-Eastern settings of the Biblical story showed too many signs of modernity and so he turned to the rugged, ancient landscapes of southern Italy.

In this wide shot from early on in his retelling of Euripides’ Medea, Pasolini and cinematographer Ennio Guarnieri imbue the landscape with an ethereal glow as a young Jason listens to the centaur’s teachings.

Pasolini always retained a predilection for frontal medium close-ups. Filming first in academy ratio (1.37:1) and then widescreen (1.66:1 or 1.85:1), his camera lingered on characters’ faces, be they globally renowned figures of the calibre of Anna Magnani, Orson Welles or Maria Callas or one of dozens of meticulously selected untrained actors. This approach owes much to one of Pasolini’s key cinematic influences, Carl Theodor Dreyer, in particular the Danish director’s 1928 masterpiece The Passion of Joan of Arc.

In this comic sequence from The Decameron, two middle-aged, craggy-faced thieves force the young Andreuccio to climb into a tomb and steal the jewels of a recently deceased archbishop.

Dubbing, or post-synchronised sound, is a trait common to many Italian filmmakers of the postwar generation and Pasolini was always upfront and unapologetic about it. “I build my characters through editing and with all the stylistic tools at my disposal,” the director affirmed when challenged about his use of dubbing in a 1970 Filmcritica interview. He wanted his films to be seen outside of Italy and felt that subtitles spoiled the images he had laboured months to compose.

Extract from The Canterbury Tales (1972)

Featuring Franco Citti as the Devil, this scene from the Pasolini-approved English version of The Canterbury Tales gives a sense of how dubbing was best utilised in the director’s films.

From his very earliest films, Pasolini always had an innovative approach to the use of music. In Accattone, he used Bach’s sacred oratorio St Matthew’s Passion to accompany the story of a pimp living on the outskirts of Rome, while for The Gospel According to Matthew, he mixed classical pieces from Bach, Vivaldi and Prokofiev with African-American spirituals (‘Sometimes I Feel like a Motherless Child’) and blues pieces (‘Dark Was the Night, Cold Was the Ground’).

From his 1966 film Hawks and Sparrows onwards, Pasolini began collaborating with the great Italian composer Ennio Morricone. Although Morricone provided several original pieces for Pasolini’s films (most notably Hawks and Sparrows, Theorem and Arabian Nights), his role was often that of a consultant, working closely with Pasolini to select existing pieces.

In The Decameron, a pause in Andreuccio’s story allows for a brief yet affecting musical interlude featuring one of the earliest examples of Neapolitan popular song, ‘Canto delle lavandaie del Vomero’ (‘Song of the Washerwomen of the Vomero’).

Pasolini worked with the same editor, Nino Baragli, for all his features. “[Pasolini] would explain a sequence as if he was talking about a book,” Baragli revealed in an interview with Stefano Masi. “He didn’t have any kind of fixed rules: he always had to be interpreted.” During filming, before he got anywhere near the editing table, the director would use different strategies for his actors. He would often film non-professionals with long takes while using shorter scenes for professionals, the idea being that if he gave trained actors too much time and space they might start showboating.

In this scene from Theorem, Pasolini uses economically crisp, wordless shot-reverse-shots to show how Laura Betti’s maid falls under the spell of Terence Stamp’s mysterious protagonist.

Related to Five ways to recognise a Pasolini film