Five things to know about the Children’s Film Foundation

Making a cottage industry of kid’s hijinks and adventure, the films of the CFF are heavy in nostalgia value. But more than that, they were once a vital part of the British film industry. 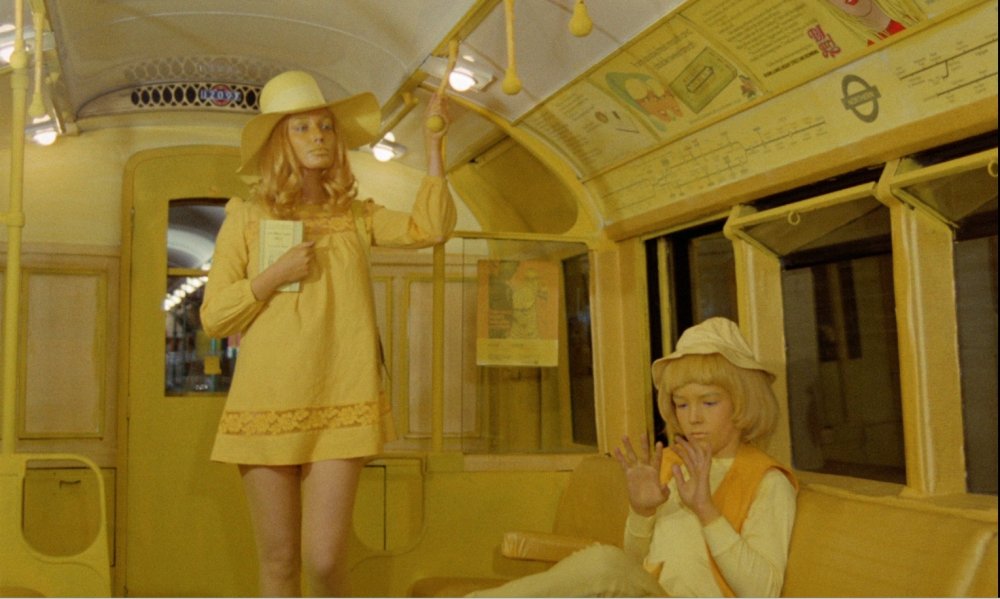 The Boy Who Turned Yellow, the final collaboration between Michael Powell and Emeric Pressburger, made for the Children’s Film Foundation in 1972

1. It was one of the few major film bodies anywhere in the world run by a woman

The Children’s Film Foundation was launched in 1951 in response to a government report criticising the unsuitability of the American fare being screened by Britain’s Saturday matinee cinema clubs. And, at a time when women rarely held positions of such authority in a male-dominated industry, Mary Field was appointed chief executive.

Trained as a teacher, Field had fronted J. Arthur Rank’s Children’s Film Department, where she’d insisted that titles aimed at younger audiences had to entertain as well as instruct.

Indeed, she’d conducted extensive research using infrared cameras to learn how kids reacted to specific situations on screen. Her findings guided the action of the CFF’s first outing, The Stolen Plans (1952), which saw a girl and a boy join forces to thwart the spies seeking to acquire the blueprints for a new aeroplane.

This was a lively adventure set in the Enid Blyton mould, pitting plucky schoolchildren against nefarious grown-ups. But Field also established the business model of commissioning pictures from independent production companies for a fixed fee, which was provided by the Eady Levy placed on cinema tickets.

Strictly a non-profit-making organisation, the CFF received a mere 5% of this windfall. Yet Field managed to average six hour-long featurettes a year before standing down in 1959.

2. While giving kids some much-needed escapism, CFF films also present a valuable snapshot of their times

A common complaint levelled against Field is that she depicted a middle-class neverland full of plummily accented children to reinforce such moralising maxims as ‘crime does not pay’ and ‘cheats never prosper’. But Received Pronunciation dominated all British cinema before the advent of social realism at the end of the 1950s, and the CFF simply went with the flow.

By shooting on the streets, however, the CFF often proved surprisingly authentic, with its monochrome views of uncleared bombsites and traffic-free roads gradually giving way to suburban avenues and high-rise estates. As subsequent CEO Henry Geddes strove to keep pace into the 1980s, the films also mapped shifting attitudes to class, gender, race and generational deference, as well as changing hair lengths and fashion trends. 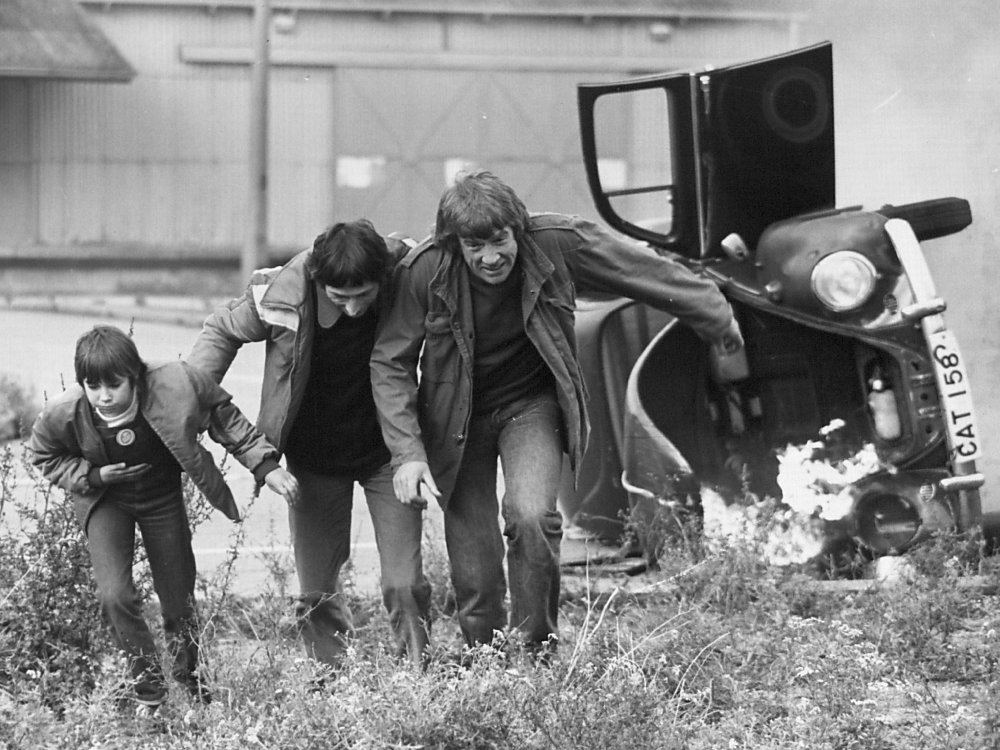 The emphasis remained on boys’ own adventures in which underdogs had their day and ingenuity triumphed. But girls were also shown to be resilient and resourceful, and a 1964 audience survey backed the decision to spurn romance and sentiment in rooting stories in a recognisable everyday reality.

As colour became the norm from 1967, the CFF continued to resist patronising preachiness in introducing a measure of emotional subtext and in broaching serious issues like broken homes, delinquency, peer pressure and pollution.

But entertainment factor remained a priority, in a bid to lure kids away from the Saturday morning TV schedules that were slowly killing matinee culture.

3. Several notable directors have a CFF credit on their CVs

Despite initially only having an annual budget of £60,000 at their disposal, Field and Geddes managed to produce numerous shorts and serials, as well a small slate of features.

Key to maintaining this output was the recruitment of young directors seeking to make their mark and experienced actors willing to work for scale. Consequently, a number of renowned British filmmakers cut their teeth on CFF titles. 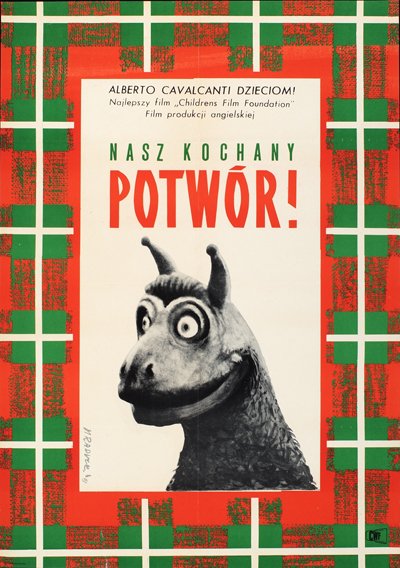 The most prolific newcomer was James Hill, who would refine the mettlesome kids outfoxing villains formula in The Clue of the Missing Ape (1953), Peril for the Guy (1956) and the serial Mystery in the Mine (1959), before returning later in his career for The Man from Nowhere (1975), which was one of the foundation’s rare period pictures.

It also enabled future Carry On producer Peter Rogers to forge early connections with sibling directors Ralph (The Dog and the Diamonds, 1953) and Gerald Thomas (Circus Friends, 1956), while Lewis Gilbert (Johnny on the Run, 1953), Don Chaffey (Skid Kids, 1953), John Guillermin (Adventure in the Hopfields, 1954) and Don Sharp (The Adventures of HAL 5, 1958) all followed Field’s strict rules about keeping the action moving and prioritising images over words, as it wasn’t always possible to hear the dialogue in noisy matinee screenings.

But it wasn’t just hopefuls who took CFF coin, as veterans like Charles Frend (The Sky-Bike, 1967), Pat Jackson (On the Run, 1971) and John Krish (Friend or Foe, 1982) also signed up. As did Alberto Cavalcanti, who collaborated with animators John Halas and Joy Batchelor on The Monster of Highgate Ponds (1961), while onetime Ealing colleague T.E.B. Clarke scripted A Hitch in Time (1978) and High Rise Donkey (1980).

Watch an extract from The Boy Who Turned Yellow

The most notable credit in the entire CFF canon, however, is the final pairing of legendary creative team Michael Powell and Emeric Pressburger on The Boy Who Turned Yellow (1972), which won the Chiffy Award voted for by CFF audiences.

4. Many familiar faces got their big break in a CFF picture

The harsh fact is that the majority of the kids who appeared in CFF projects did not go on to become stars. Restrictions on the use of child performers meant that Field regularly cast students from the Italia Conti stage school, who all spoke like BBC announcers.

But, while she hired the odd established child star like Mandy Miller (Adventure in the Hopfields), Field preferred to find fresh faces the audience could identify with. Among them were Carol White (Circus Friends), Richard O’Sullivan (Raiders of the River, 1956), David Hemmings (Five Clues to Fortune, 1957) and Michael Crawford, who headlined both Soapbox Derby (1958) and Blow Your Own Trumpet (1959). 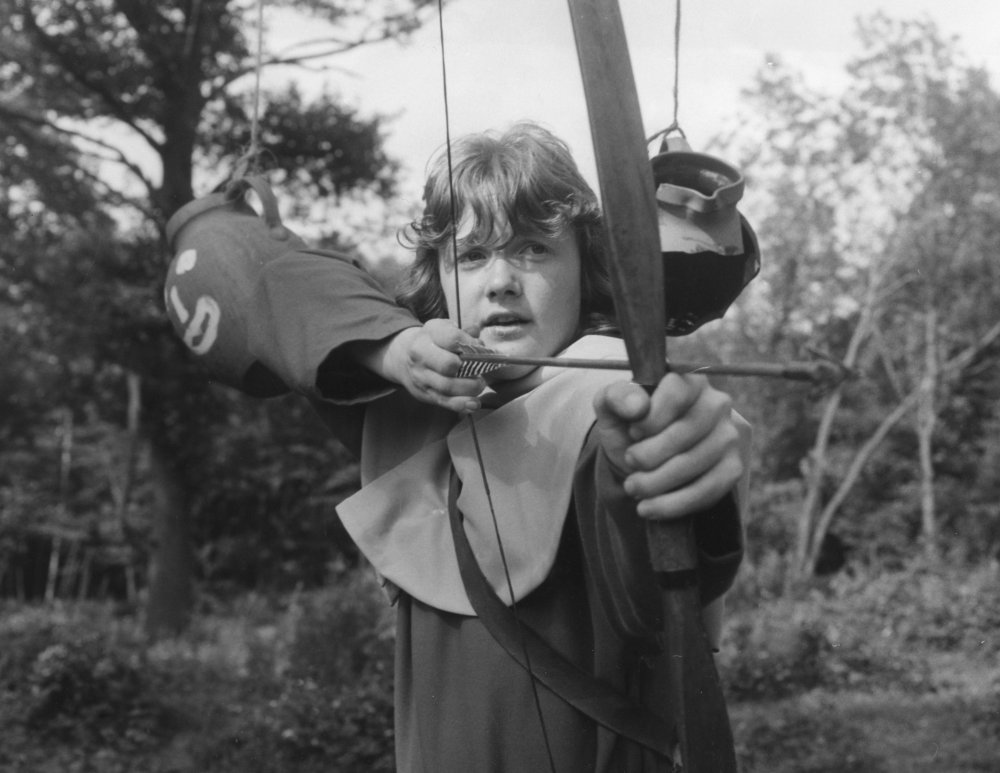 Francesca Annis also doubled up in The Cat Gang (1959) and The Young Jacobites (1960), a serial that co-starred Frazer Hines, whose CFF credits also included Peril for the Guy, The Salvage Gang (1958) and Go Kart Go (1964), which teamed him with Dennis Waterman.

Another to rack up a clutch of appearances was Keith Chegwin, who featured in The Troublesome Double (1967), Egghead’s Robot (1970) and Robin Hood Junior (1975), which would all have been familiar to viewers of the BBC teatime show, Screen Test, which regularly used clips from CFF films. 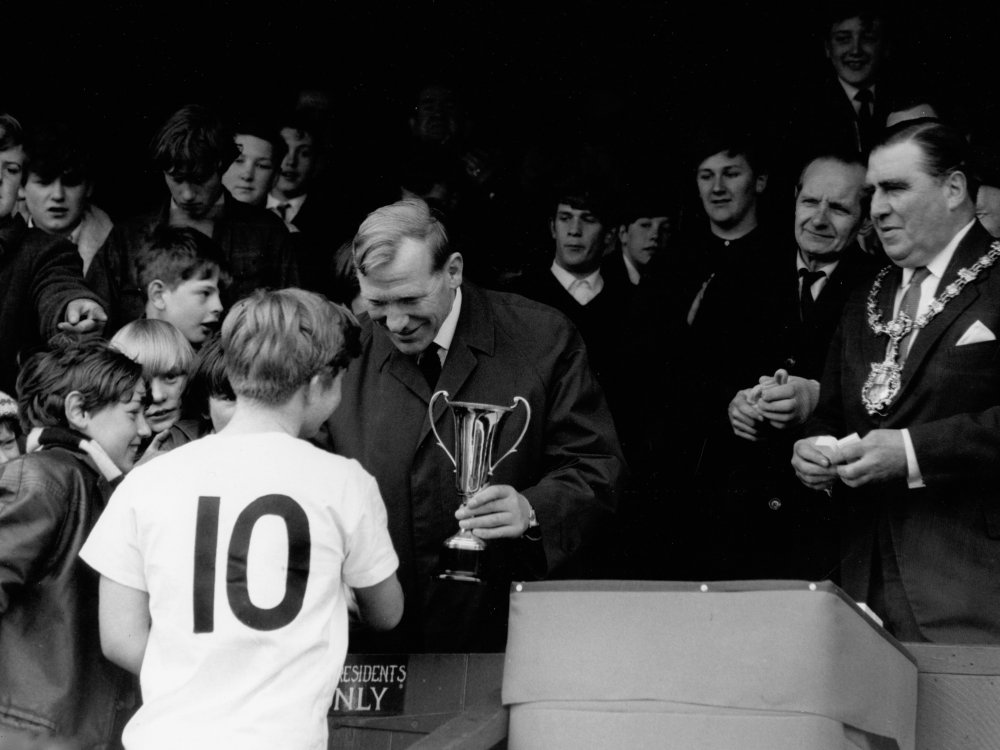 By this time, regional accents had became more acceptable, although it wasn’t until Junket 89 (1970) that Anna Scher theatre alumni Pauline Quirke and Linda Robson broke the mould, paving the way for the likes of Phil Daniels (Anoop and the Elephant, 1972), Gary Kemp (Hide and Seek, 1972), Leslie Ash (The Boy with Two Heads, 1974), Sadie Frost (A Horse Called Jester, 1979) and Dexter Fletcher (4D Special Agents, 1981).

And let’s not forget the who’s who of stalwart character actors who found themselves being thwarted by all those meddling kids.

5. For three decades, the CFF was British cinema’s most consistent festival prize winner

Throughout its history, the CFF made films for children rather than just simply about them. Seeking to connect with kids on their own level, Field and Geddes refused to talk down to their audiences. Thus, while each picture had a moral, social control mattered less than engagement and entertainment.

In this regard, the pair took their cue less from Disney than from European filmmakers like Denmark’s Astrid Henning-Jensen or France’s Albert Lamorisse. 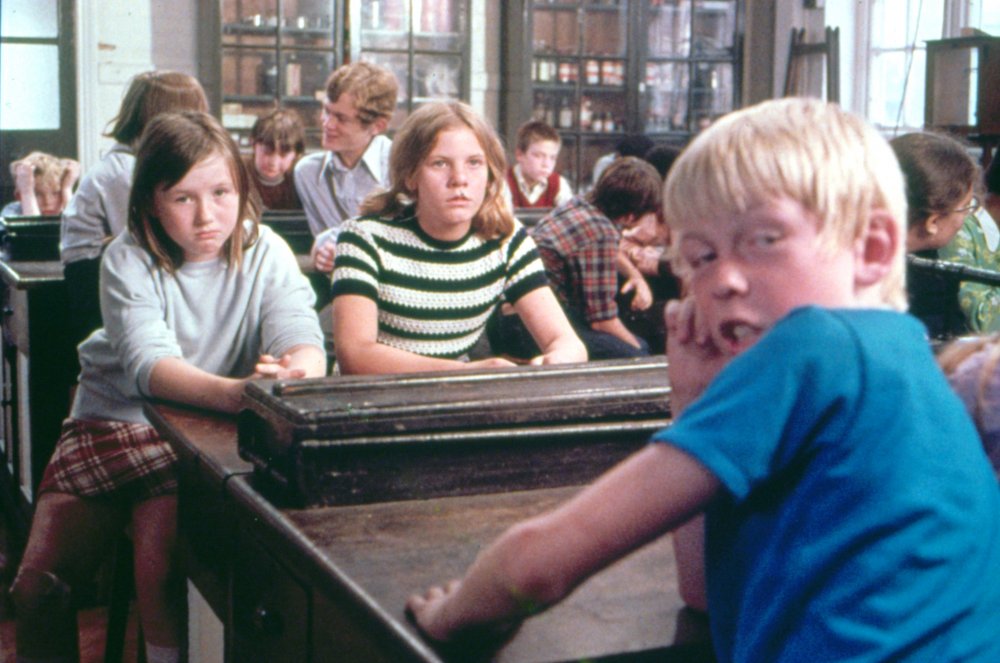 Sadly, while the Netherlands, Germany and Scandinavia continue to uphold their proud tradition of children’s cinema, the UK has rather turned its back on its younger viewers. The Children’s Media Foundation does what it can. But its predecessor had stood like a beacon during some of the British film industry’s darkest days, winning prizes at Cannes, Venice and Moscow, while occupying once-thriving studios with something more wholesome than softcore romps and sitcom spin-offs.

So we shouldn’t just look back on the CFF’s heyday with dewy-eyed nostalgia. For a large part of its existence, this shoestring operation was British cinema’s sole success story.