Michael Winterbottom is one of the UK’s most prolific, yet difficult to pigeonhole film directors. As his latest – The Look of Love, starring Steve Coogan as Soho sex magnate Paul Raymond – opens in cinemas, Ashley Clark offers five pathways into Winterbottom’s wonderland. 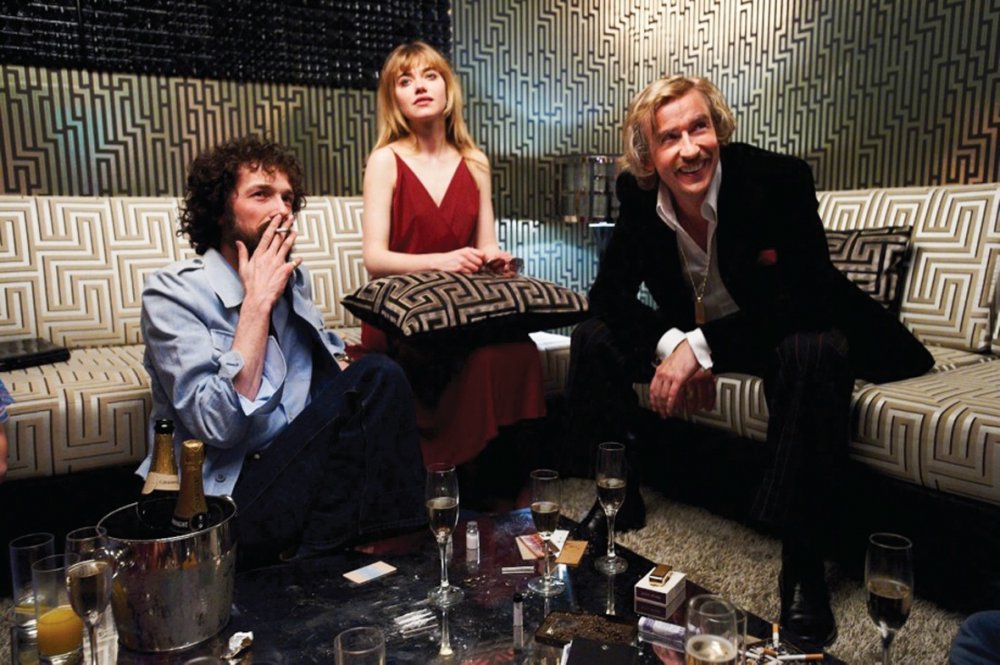 Its release also marks his 22nd feature in just 18 years, confirming him as one of our most restless directors. As with across-the-pond contemporary Steven Soderbergh, Winterbottom rifles through techniques, genres, budgets and formats (film, digital, narrative fiction, documentary) at a dizzying rate, yet like fellow prolific countrymen Danny Boyle and Stephen Frears, it’s difficult to make an argument for Winterbottom as an auteur in the conventional – if debatable – sense of the word: a director with a clear personal vision woven throughout his or her body of work.

However, there may be more consistency across Winterbottom’s output than first meets the eye. Here are five distinct angles that may help us to get a handle on this most diverse of directors. 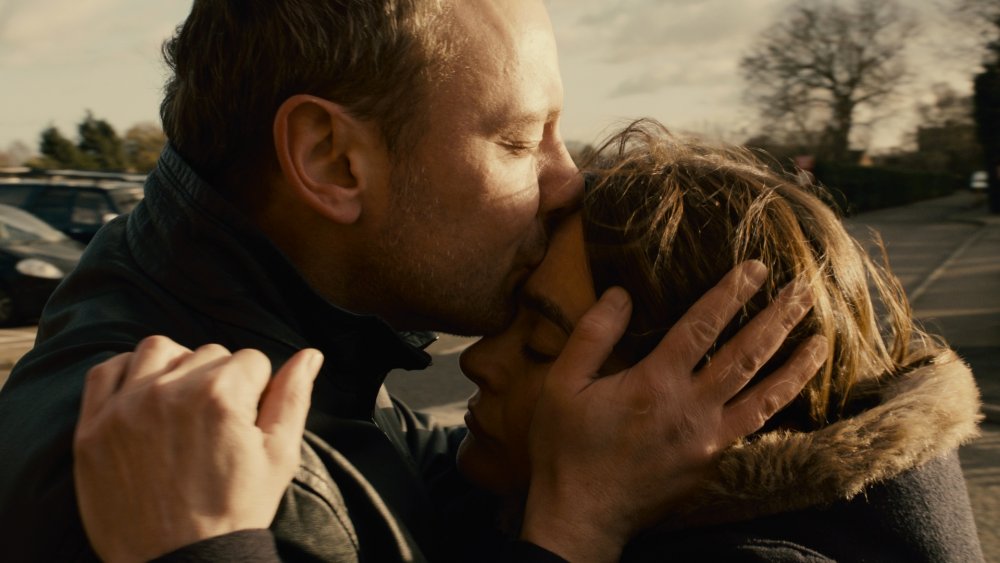 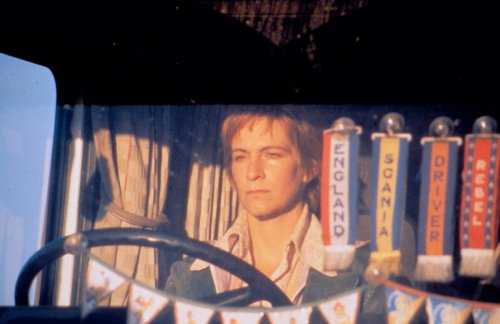 Winterbottom’s subsequent speed of output when switching to cinema could well be attributed to his solid grounding in the no-nonsense, quick turnaround world of TV drama. And though it would be incorrect to describe Winterbottom’s visual style as wholly utilitarian (much of his work is imbued with a concretely ‘cinematic’ quality), he has regularly employed an unfussy aesthetic (Butterfly Kiss, 9 Songs, A Cock and Bull Story) which harks back to his televisual work.

Winterbottom returned to television in 2010 with improvised six-part sitcom The Trip (later concertinaed into a 90-minute feature for US audiences), and has maintained a strong relationship with Channel 4. Berlinale Silver Bear winner The Road to Guantanamo (2005) premiered there in March 2006, and Winterbottom has continued to embrace the multifaceted nature of contemporary distribution with Everyday (2012), a family drama which screened at the 2012 London Film Festival before premiering on Channel 4 in November 2012 ahead of a UK theatrical release in January 2013. 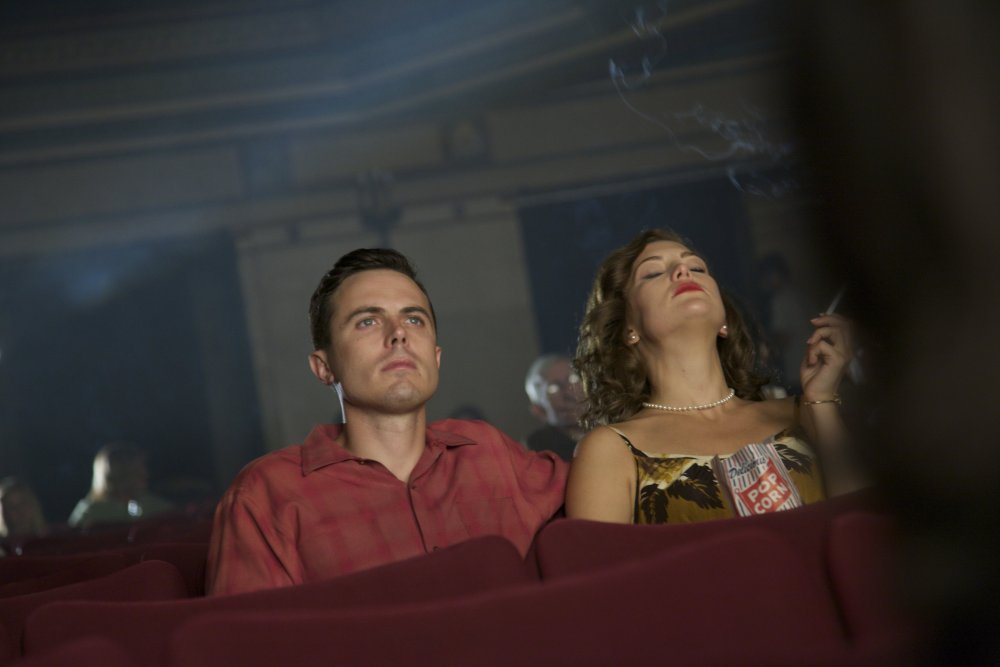 It was evident from Winterbottom’s feature debut Butterfly Kiss (1995) – a confounding and harrowing lesbian-themed serial killer drama – that he was unafraid to deal with, and portray, controversial subject matter. Later, concert film-cum-erotic drama 9 Songs (2004) became the most sexually explicit film ever to receive a certificate for general release in the UK, and swiftly attained tabloid cause célèbre status on account of its candid (if notably quotidian) scenes of unsimulated sex between leads Margo Stilley and Kieran O’Brien. 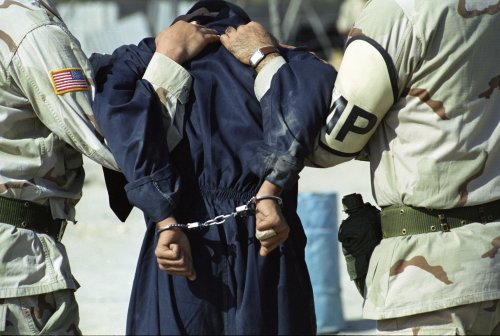 Controversy was to again affix itself to Winterbottom around the time of the ultra-contemporary docudrama The Road to Guantanamo (2006), which held an openly critical stance against both the UK and US governments.

The Killer inside Me (2010), which featured prolonged scenes of unflinching violence meted out to its female characters, prompted boos and walkouts in festivals across the world, and a vituperative reaction from parts of the media; Winterbottom was forced to defend the film’s extreme content.

Though its content is more palatable, The Look of Love also unabashedly addresses a host of thorny issues (pornography, censorship, drug abuse) in its study of one of the most controversial public figures in recent UK history.

The aforementioned examples add up to a portrait of filmmaker consistently daring to broach awkward subjects, all the while displaying an admirable aversion to moralising, judgement or sensationalism. 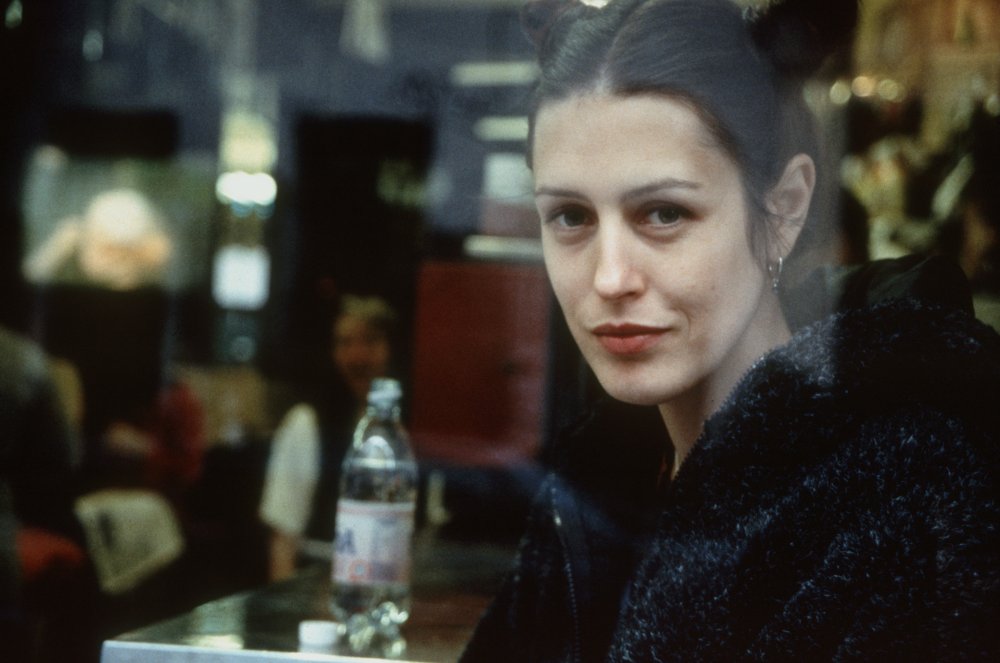 One of Winterbottom’s first major works was to direct the harrowing four-part TV drama Family, written by Roddy Doyle. It set a trend for a host of films which have revealed the director as a compassionate observer of the travails of family life.

The damaged unit at Family’s centre was to be echoed in TV film Go Now (1995), about an ordinary working man fighting multiple sclerosis, and the little-seen With or without You (1999), a romantic drama offset by mounting marital disharmony.

Winterbottom’s masterpiece, Wonderland (1999), is a borderline Chekhovian London-set saga of three sisters and their extended families; beautifully and sensitively observed, structurally loose. The Claim (2000) is marked by its intelligent, precise portrayal of the central Dillon family. Even Winterbottom’s biggest anomaly to date – tricky, stylish sci-fi Code 46 (2003) – constitutes an ingenious riff upon the Oedipus myth. 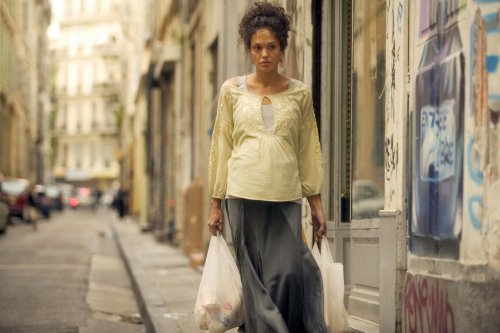 Later, 2007’s A Mighty Heart (one of the very few instances of Winterbottom working with a superstar, Angelina Jolie) focused on the real-life efforts of despairing mother Mariane Pearl to find her husband Daniel Pearl. The underrated Genova (2009), meanwhile, was a family drama about an Englishman (Colin Firth) who moves his two American daughters to Italy following the death of his wife. 2012’s Everyday, marked a return to the compassionate, low-key territory of Wonderland, and shared a writer: Frenchman Laurence Coriat. Incredibly, it was shot a few weeks at a time over a five-year period from to reflect the prison spell of the protagonist (John Simm) and achieve an authentic ageing process.

Family is again at the heart of Winterbottom’s work in The Look of Love. By far its most effective thread concerns Raymond’s unorthodox relationship with his tragic daughter Debbie (brilliantly played by Imogen Poots), who died from a heroin overdose in 1992. 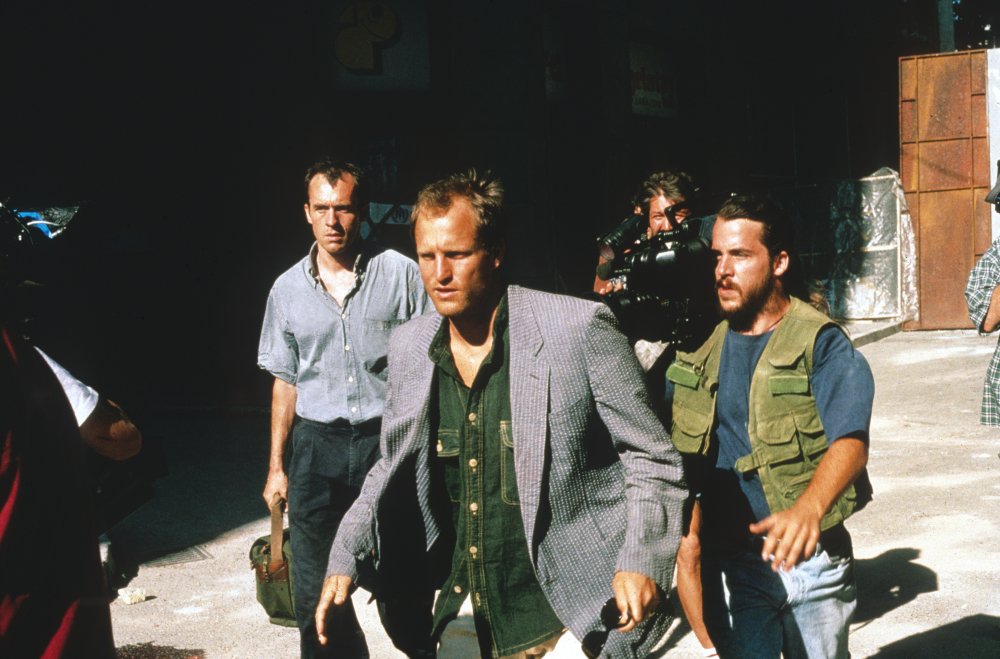 A particularly intriguing facet of Winterbottom’s career has been his consistent willingness to film in, and focus subject matter upon, territories outside of Britain, setting him apart from contemporaries like Mike Leigh and Shane Meadows, and revealing him as an artist using the medium to grapple with pressing international contemporary issues. 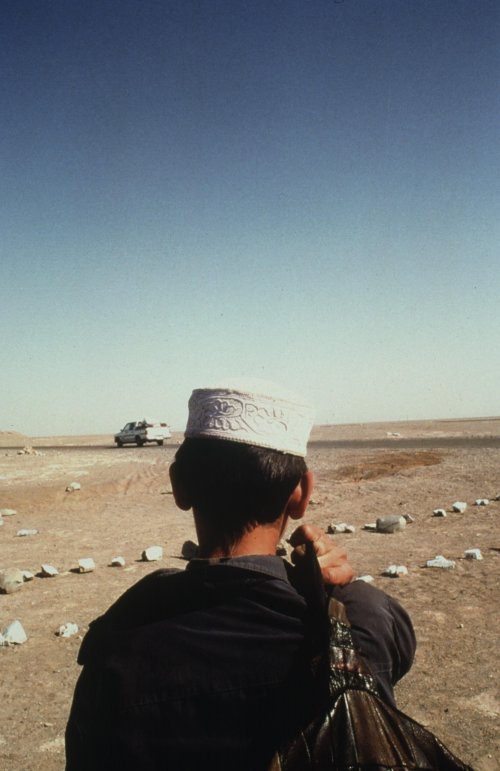 The first inkling of this global outlook in Winterbottom’s work arrived with the harrowing Welcome to Sarajevo (1997), a drama based around the Bosnian conflict. The Road to Guantanamo continued this trend, looking at the Tipton Three, a group of Brit Muslims captured by US forces in Afghanistan who spent two years as prisoners at Guantanamo as alleged enemy combatants.

Later, one of his most effective films, In This World (2002) – shot on bracing digital – depicted the perilous journey of two Afghan refugees from Pakistan across Middle Eastern territories and Europe, and ultimately to Britain, which they attempted to enter using the help of people smugglers. Using non-professional actors who’d experienced the events of the film in real life, it was rewarded with the Golden Bear award at the 2003 Berlinale Film Festival.

Factor in location shoots for The Claim (Canada), Code 46 (Shanghai, Dubai, India), A Mighty Heart (India, Pakistan, France), Genova (Italy), The Killer inside Me (US), and Trishna (India), and a portrait of one of the most internationally-minded of British directors emerges. 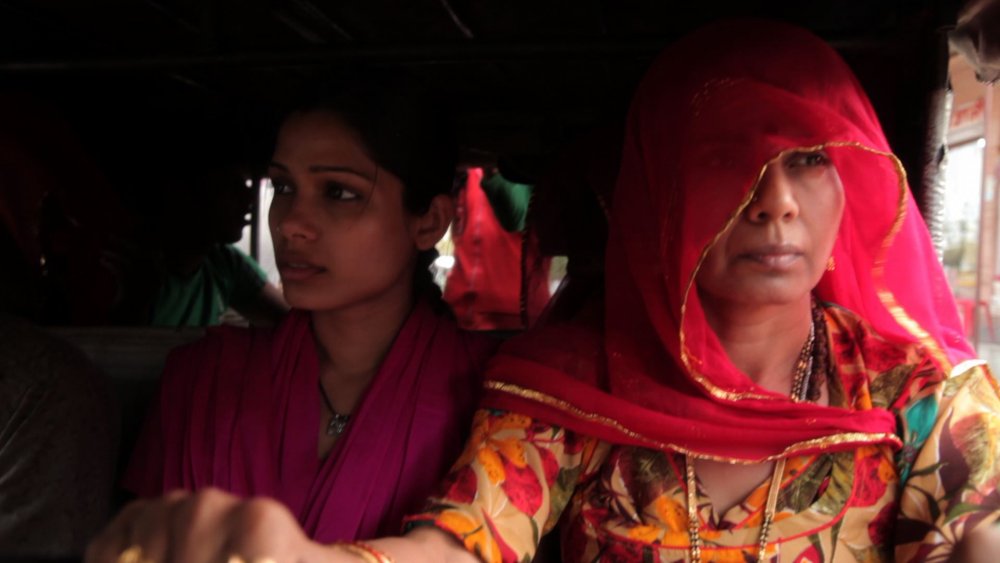 Being an English graduate of Balliol College, Oxford, it’s perhaps unsurprising that Winterbottom has been consistently attracted by the challenge of adapting literary sources for the screen. 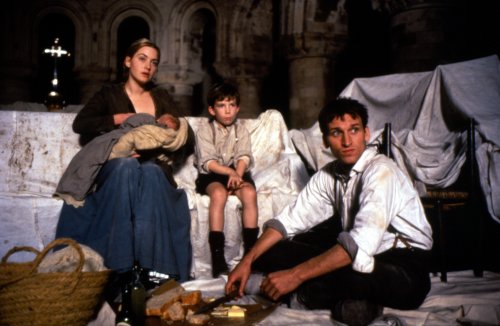 In 1996, he adapted his favourite novel, Thomas Hardy’s Jude the Obscure, into a bleak drama starring Christopher Eccleston and Kate Winslet, Jude. Then, working alongside screenwriter Frank Cottrell Boyce for the third time (after Butterfly Kiss and Welcome to Sarajevo), he made the stately The Claim (2000), a loose adaptation of Hardy’s The Mayor of Casterbridge, which was relocated across the Atlantic to the gold rush. The film cost an estimated £12 million (more than twice his previous maximum), and proved an arduous task. Winterbottom’s third and most recent Hardy adaptation, Trishna (2011), was a radical update of Tess of the D’Urbervilles, set in India; a characteristically bold move on the director’s behalf.

In-between The Claim and Trishna, Winterbottom left Hardy alone to bring to screen Laurence Sterne’s The Life and Opinions of Tristram Shandy, Gentleman – an unruly nine-volume novel hitherto considered unfilmable – in the form of surprisingly slimline meta-comedy A Cock and Bull Story. His sleek, neo-noir The Killer inside Me was taken from Jim Thompson’s hard-boiled 1952 novel of the same name.

Yet Winterbottom’s penchant for reinvention extends beyond literature. 2002‘s popular 24 Hour Party People reimagined the Manchester music scene from 1976 to 1992, and cheekily included fictitious events alongside real ones. Steve Coogan, who played Factory Records boss Tony Wilson in 24 Hour Party People, is again at the heart of a reimagining of a passage of history in The Look of Love.