Underrated alongside his great Ealing comedies Whisky Galore! and The Ladykillers, Alexander Mackendrick’s moving drama about the experiences of a young deaf girl has much to say about a previous age of austerity in Britain. 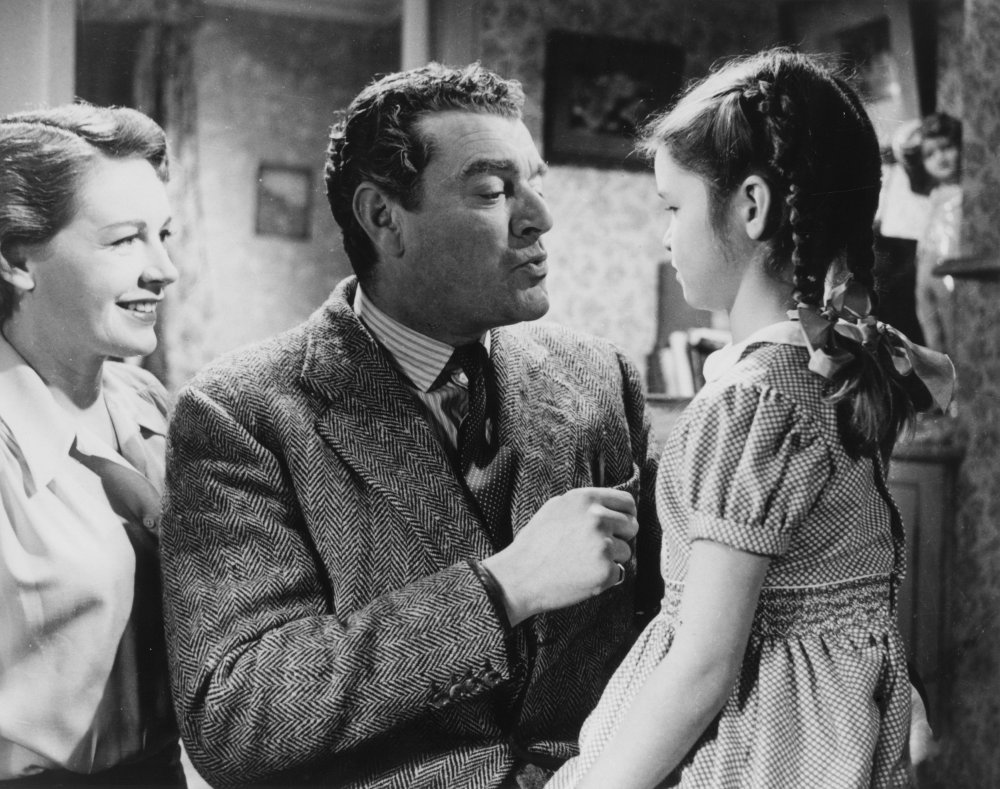 Coming bang in the middle of his four classic Ealing comedies, Whisky Galore! (1949), The Man in the White Suit (1951), The Maggie (1954) and The Ladykillers (1955), Alexander Mackendrick’s 1952 drama Mandy is something of an outlier. Adapted from the Hilda Lewis novel The Day Is Ours, it belongs with Jean Negulesco’s Johnny Belinda (1948) and Arthur Penn’s The Miracle Worker (1962) as a pioneering film to focus on female deaf characters whose inability to communicate prevents them from gaining acceptance. The emphasis in those two Hollywood pictures was on signing, but Mackendrick highlighted the speech therapies being pioneered at the Royal Residential Schools for the Deaf in Manchester. Much has changed in the intervening 65 years, as Angela Spielsinger demonstrated in the 2016 documentary, Power in Our Hands. But this sincere drama, which was nominated for six BAFTAs and won the special jury prize at the Venice Film Festival, remains surprisingly pertinent.

Here’s why it’s worth your time…

Having been dispatched to Scotland at the age of seven by a mother who had opted to become a dressmaker rather than raise him, Boston-born director Alexander Mackendrick knew all about childhood isolation. Confined to her grandparents’ home through a mixture of parental concern and shame, Mandy (Mandy Miller) is also kept apart from other children. But while Mackendrick shows her establishing her own identity, he also seeks to condemn the forces holding her back. 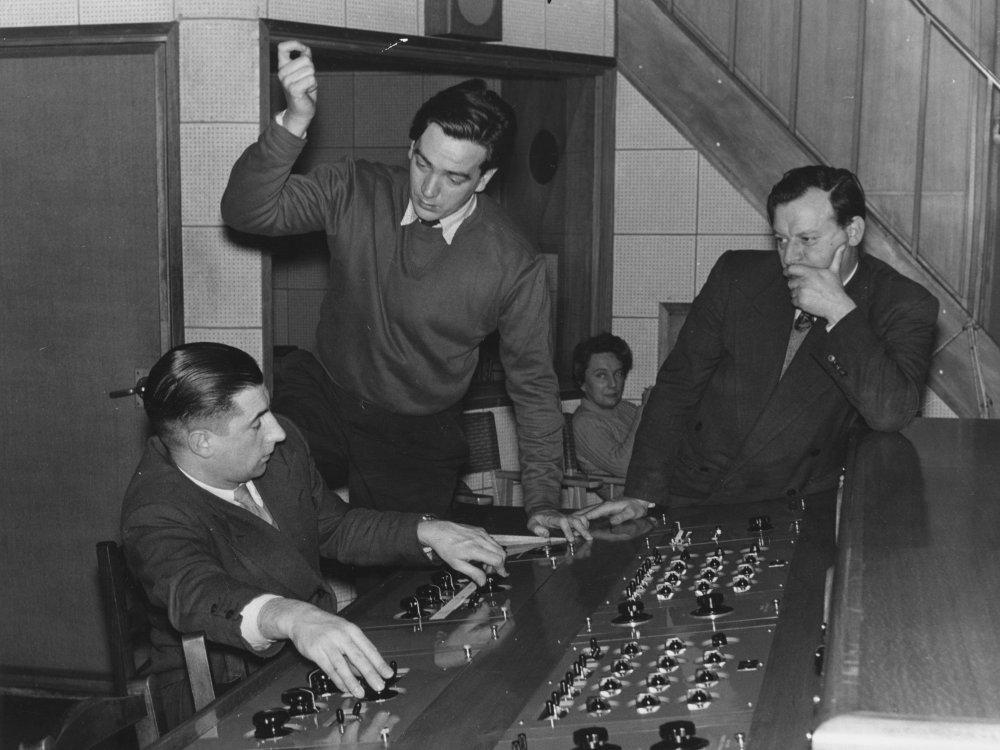 Shooting a few weeks after Winston Churchill’s Conservatives had ousted the Labour regime that had founded the welfare state, he exposes (in the words of biographer Philip Kemp) “a stagnant, inhibited country, at once complacent and resentful, soured by snobbery and class conflict, hamstrung by deference to authority – petrified, in every sense, in the face of change”. Consequently, this stands as a work of trenchant subversion to rank alongside Whisky Galore!, The Man in the White Suit and The Ladykillers.

2. It contains one of the best performances by a child actor in British film 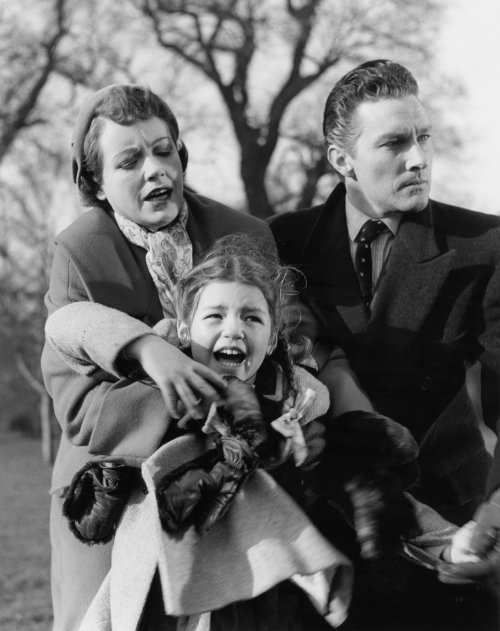 The daughter of a BBC producer, Mandy Miller had become an accidental actor when Mackendrick spotted her accompanying her older sister to an audition. Having decided not to cast a deaf child because “they have this terrible desire to make you feel they’ve understood you when they haven’t really”, Mackendrick was persuaded to gamble on the seven-year-old Miller after he and cinematographer Douglas Slocombe had been reduced to tears by her screen test.

What’s so remarkable about her performance is her restraint, whether she’s using her eyes to convey curiosity, trust and frustration, screaming in confused fury while attacking a bully or smashing tea cups, or responding with unsentimental pride to teacher Dorothy Alison’s gentle prompting to enunciate letters using a candle flame and a balloon.

3. Its setting is both symbolic and authentic

Mackendrick had learnt the art of the docudrama while writing wartime shorts like Hans Nieter’s Subject for Discussion (1943), while he refined his location techniques directing Whisky Galore! on the island of Barra. But he also discovered London’s bombsites while heading the second unit on Basil Dearden’s The Blue Lamp (1950), and the waste ground near Hammersmith Bridge becomes Mandy’s promised land as she gazes through the wired-up hole in the garden wall. The Mancunian scenes further root what can sometimes be a contrived storyline in reality. But art director Jim Morahan also fills the bourgeois family home with old-fashioned fixtures and fittings, as well as imposing walls, doors, railings and barred windows that emphasise the sense of entrapment that Mandy shares with her mother, Christine (Phyllis Calvert).

4. The depiction of deafness – cannily contrasted with characters who are unwilling to hear 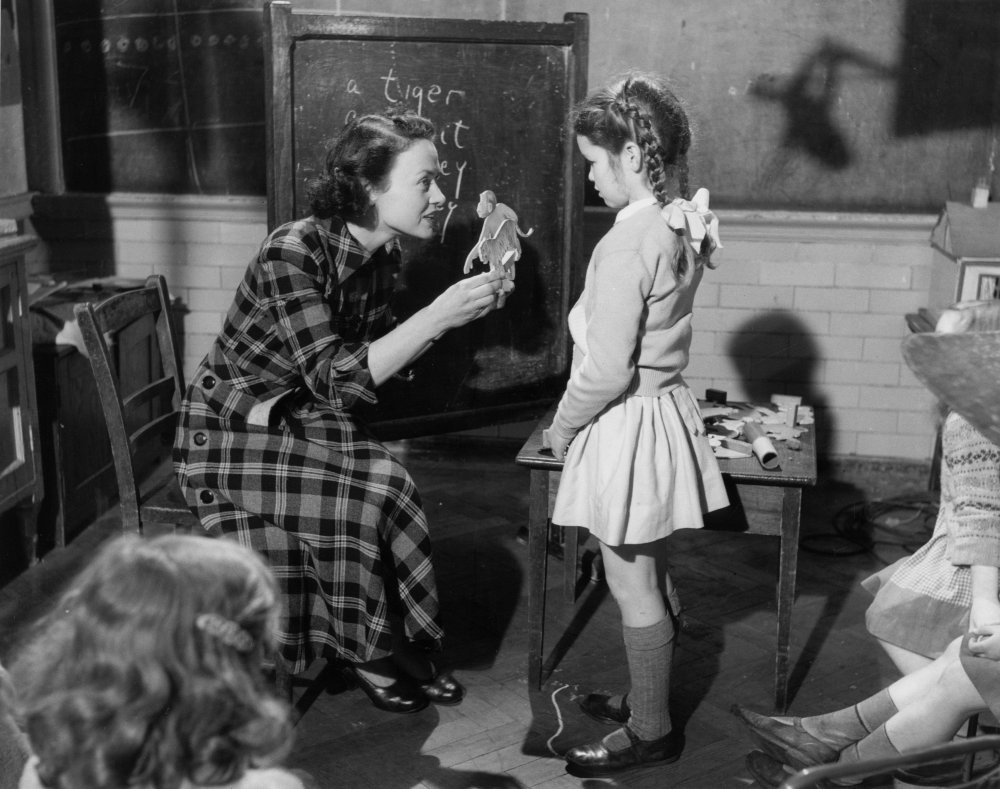 Collaborating with Stephen Dalby, Mackendrick created what he termed “subjective non-sound” to suggest Mandy’s perception of the world around her. The gradual removal of noise and the use of distorted close-ups viscerally convey the terror she feels during the lorry driver’s rant after she runs into the road to rescue her dog. But Mackendrick also seeks to explore the isolation caused by closed minds and a lack of communication. He often has characters turning away from each other or misusing speech and hearing to indulge in scheming and gossip. Amid so much careless talk, Mandy’s efforts to say “mummy” and her own name for the first time are all the more poignant and powerful.

5.  It’s a story from another age of austerity – with enduring relevance 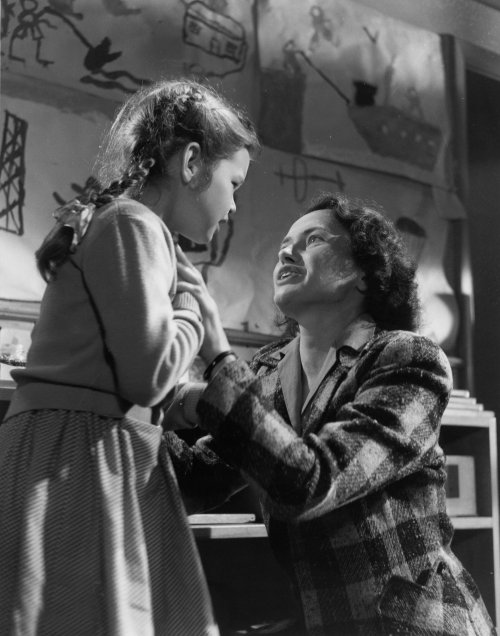 Filmed during a period of uncertainty brought about by a new government and a young monarch, Mandy offers a valuable snapshot of its times. But the aura of austerity and retrenchment gives it a modern relevance that is reinforced by the age and class divisions, the stifling of communal spirit, the suspicion of experts and the readiness to base judgements on scant facts and scandal.

The stigma attached to impairment also pertains, as does the fact that female emancipation is only allowed to go so far. But what’s also noticeable is how little the British ‘problem picture’ has changed in the interim, as even the grittiest social realism often relies on melodramatic conflict and resolution to coax the audience into empathising with the characters and recognising situations from their own lives.