It’s 20 years since the release of one of Studio Ghibli’s best-loved films, yet Princess Mononoke’s influence is still being felt today. Here’s why it’s so special. 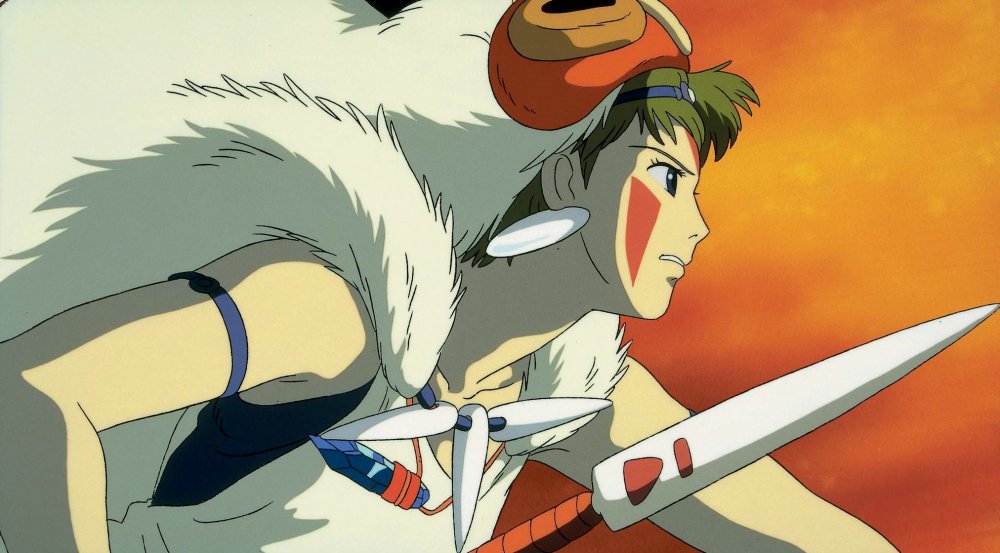 Ranking the films of animation maestro Hayao Miyazaki is a fiendishly tricky task. The Studio Ghibli co-founder, often reductively described as the Walt Disney of Japan, is responsible for some of the medium’s most towering accomplishments, from the bracing dystopian sci-fi of Nausicaä of the Valley of the Wind (1984) to the beguiling, dream-logic fantasy of Spirited Away (2001).

Then, of course, there’s Princess Mononoke (1997), Miyazaki’s international breakthrough hit, which might well be the pick of the bunch.

Inspired by the Muromachi period (c.1336 to c.1573), which saw the introduction of firearms to feudal Japan, the film elegantly evokes a simple natural world where animal gods and tree spirits roam the earth, though they are fast becoming threatened by the technological advances and self-serving ruthlessness of humanity.

When a remote village is invaded by a boar god driven mad by a bullet wound, and its prince Ashitaka is inflicted with a deadly curse while fending off the beast, it becomes clear that the natural balance of this mystical society is severely out of whack. 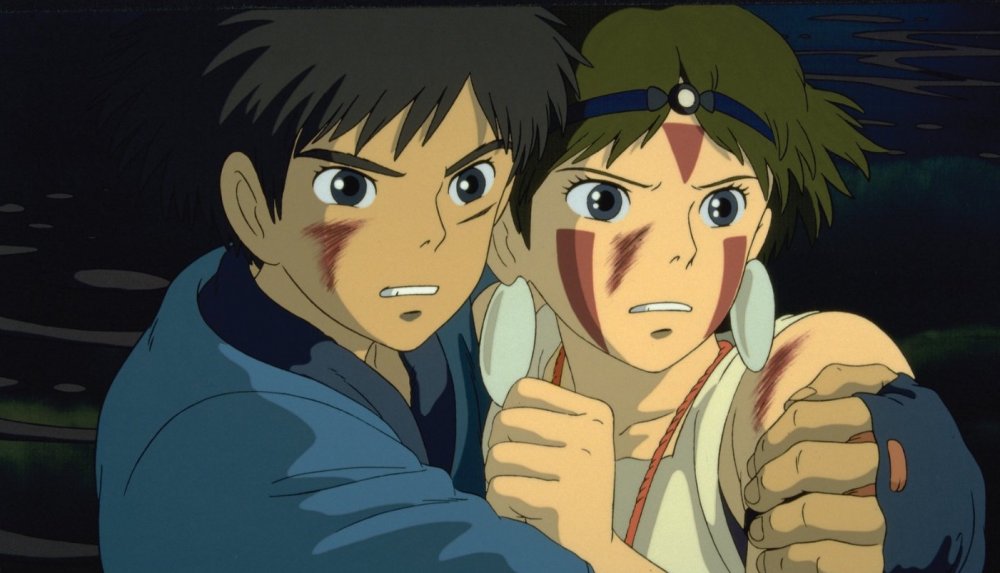 As Ashitaka ventures out to find the source of the corrupting bullet, he forms an unlikely and tentative alliance with San, a human raised in the forest by the wolf goddess Moro. San is the self-proclaimed Princess Mononoke – ‘mononoke’ being a Japanese term for spirits or changed beings.

In celebration of the film’s 20th birthday, here are five reasons Princess Mononoke deserves its reputation as an animated all-time great.

1. It brought Studio Ghibli to the attention of the western world

While Ghibli’s work has captivated Japanese audiences since the 1980s, it was Princess Mononoke that really put Miyazaki on the map in the west. A record-breaking domestic theatrical run caught the attention of super-producer Harvey Weinstein, who threw his considerable weight behind the film’s US release. Fantasy writer extraordinaire Neil Gaiman was enlisted to fine-tune the translated script, and an all-star English voice cast was assembled, including Claire Danes, Billy Bob Thornton, Minnie Driver and Gillian Anderson. 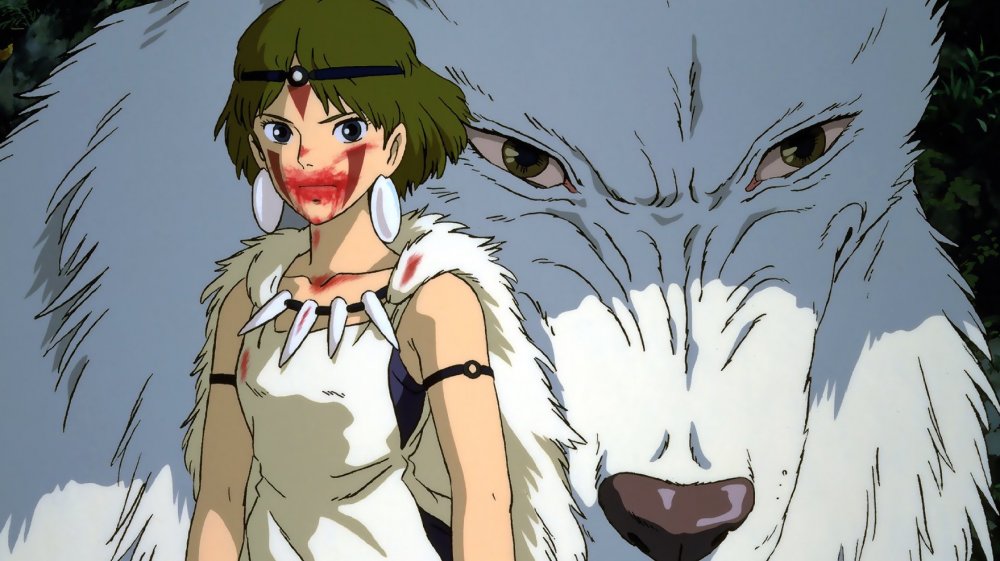 The initial international box office haul was a little underwhelming, but rave reviews and glowing word of mouth eventually led to impressive home entertainment receipts. Crucially, the Ghibli team ensured that western audiences were treated to as pure and unfiltered an experience as possible. Aware of Weinstein’s reputation for butchering his acquisitions beyond recognition – a habit that earned him the nickname ‘Harvey Scissorhands’ – Miyazaki’s producer reportedly mailed the Miramax head a samurai sword accompanied by a note that read, simply, “no cuts”.

2. It passes the Bechdel test in spectacular and surprising fashion

If the film’s title conjures images of a doe-eyed Disney damsel holding out for a hero, you’re in for a rude awakening. The first time we see San, she’s nonchalantly sucking on the wound of her ‘mother’ Moro, her face smeared with fresh blood. Rather than fall weak at the knees at the sight of Ashitaka, she brusquely sends him on his way and proceeds with her plan to kill local industrialist Lady Eboshi, who has wreaked widespread environmental havoc while manufacturing iron and guns. 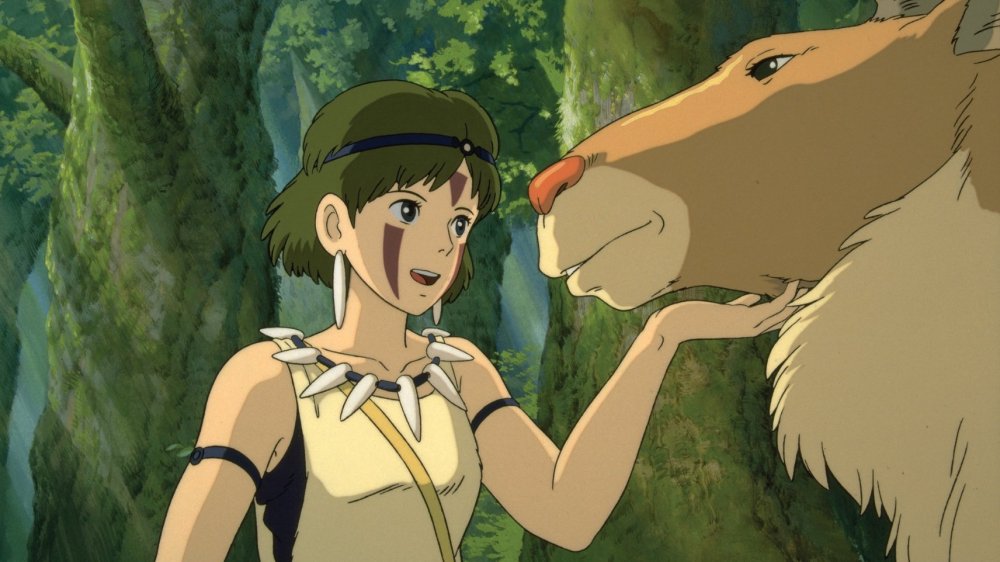 But San’s task won’t be easy, as Eboshi has assembled an army of fiercely loyal workers by liberating women from local brothels. While Ashitaka is Princess Mononoke’s dashing poster boy, it’s the fascinatingly multi-layered female characters who really drive the narrative.

3. It revels in moral ambiguity

Princess Mononoke refuses to conform to the simplistic, black-and-white view of human nature that characterises most mainstream animation. Eboshi might be the chief antagonist, but she’s as far from a two-dimensional Disney villain as you can imagine. On the one hand she’s a ruthless leader, happy to obliterate anyone or anything that might impede her march towards power. But on the other she’s a pioneering proto-feminist who has fashioned her town into a safe haven for lepers and other social outcasts.

By the same token, the way in which San’s hatred of Eboshi boils over into a blanket contempt for humanity is clearly a sizeable character flaw. Miyazaki refrains from passing overt judgement on his characters, deftly building to a climactic showdown in which there are no clear-cut heroes or villains.

4. It’s refreshingly level-headed on the subject of romance

In recent years, Disney has begun to question the notion that all a princess needs is the unwavering affection of a besotted suitor, most notably and successfully in Frozen (2013). But Miyazaki was way ahead of the curve in this regard, and is here reluctant to propagate the myth that true love conquers all. 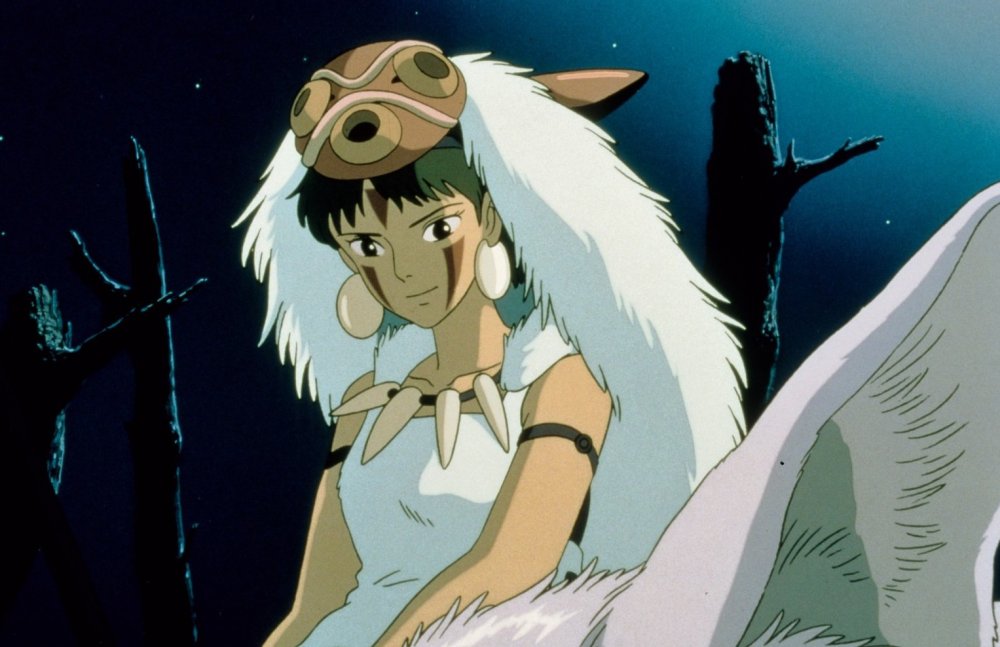 Although San and Ashitaka form a deep bond over the course of their time together, at no point is the couple assured of living happily ever after. Rather than filling the heads of younger viewers with unrealistic ideas about the transcendental bliss of long-term monogamy, Princess Mononoke instead imparts a useful lesson about the value of caution and compromise. It’s all the more genuinely romantic for it.

5. It’s inspired some of the most enchanting video games of recent years

The late, great Roger Ebert once provocatively declared that “video games can never be art”, but this is becoming an increasingly difficult position to maintain, with developers eager to push the medium in more aesthetically adventurous and thought-provoking directions.

A number of titles frequently cited to support the notion of games-as-art are heavily inspired by Miyazaki. Exquisitely beautiful 2D adventures like Child of Light (2014) and Ori and the Blind Forest (2015) wear their love of Ghibli on their sleeves, both in terms of their lush, painterly art styles and their melancholic, contemplative narratives.

Watch the Princess Mononoke-like trailer for The Legend of Zelda: Breath of the Wild (2017)

And with each passing instalment, Nintendo’s Legend of Zelda series seems increasingly indebted to Princess Mononoke in particular. This year’s masterly Breath of the Wild thrusts the player into a stylised bucolic idyll awash with forest spirits and dangerous wild animals, in which ancient technology is pitted against an encroaching primal evil. Exploring its vast, ravishing world is an experience that will delight anyone who’s ever wished they could jump into the frame of a Miyazaki movie.