• Buy tickets for A Fistful of Dynamite at BFI Southbank 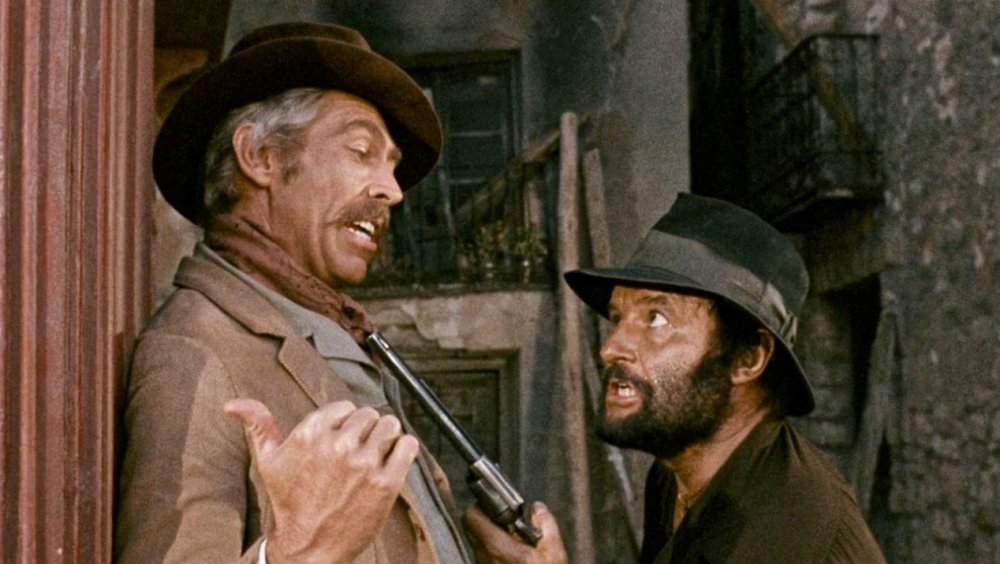 For a filmmaker who’d made his name idiosyncratically riffing on the iconography of the American western, Sergio Leone must have had pause for thought when considering how best to follow Once upon a Time in the West. An epic vision that raised the genre’s self-mythologising tendencies to operatic heights, the 1968 film felt like a summation of Leone’s ever-inflating style, painted on his grandest canvas yet. This was a tough act for any filmmaker to follow, let alone one as predisposed to insecurity as Leone.

Stanley Kubrick had phoned to express admiration for the film, soon echoed by the clan at French journal Cahiers du Cinéma, while John Boorman called it, “Both the greatest and the last western.”

Not everyone was quite so kind (“This one is the very end, the end of a craft. This one is deadly…” wrote Wim Wenders), but Leone appeared happy to accept the mantle of intellectualism proffered by the cinephiles of summer ’68.

There’s no better account of the personal myth-making that followed than that in Christopher Frayling’s tremendous Leone biography, Something to Do with Death, which recounts Leone’s disillusionment with both Italian politics and the political cinema championed by the inheritors of the ‘spaghetti western’ and the students of ’68 alike.

With this in mind, it’s perhaps surprising that the project that followed Once upon a Time in the West would prove to be the filmmaker’s most politically engaged – at least superficially.

The working title of Once upon a Time… the Revolution (changed to avoid confusion with Bernardo Bertolucci’s 1964 film Before the Revolution) signified Leone’s desire for the film to be considered the second part of a new trilogy, following his Dollars trilogy with Clint Eastwood.

“I wanted to bring one period of my work to a close,” said Leone, “So I revisited some of the big situations in my earlier films… I pushed myself to treat them differently, while remaining faithful to my style. Then I took account of the fact that [the film] could become the second panel of a new triptych… this one would push the story on to the second American frontier… After that, I knew I would be ready to speak of my defining fantasies: my relationship with America, lost friendship and the cinema.”

Released as A Fistful of Dynamite in the UK, and Duck, You Sucker in the US (a phrase Leone insisted was part of the American idiom), the resulting film was received coolly by audiences when it hit screens. Perhaps that’s the reason it’s seen as the ugly duckling in the Leone canon today, rarely spoken of in the same breath as the Once upon a Time films that bracket it. 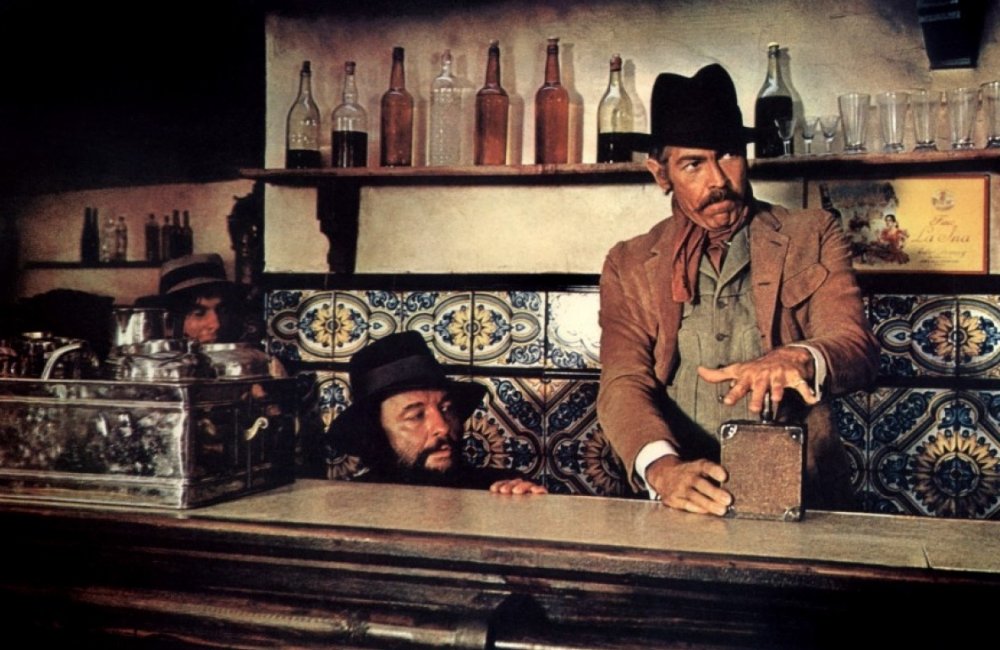 It’s a film well worth rediscovering, especially on the big screen. Leone’s approach to the notion of revolution is as romantically bittersweet as that of the western or the gangster picture that would follow with Once upon a Time in America (1984). “Here, the Mexican revolution is only a symbol,” he said, “Not the ‘historical’ one. It only interested me in relation to cinema.”

The cinematic references are there from an opening shot, which sees Rod Steiger’s bandit, Juan, pissing on a swarm of ants. Is this a disdainful swipe at Sam Peckinpah, whose The Wild Bunch (1969) opens with a similar shot of swarming scorpions? It wouldn’t be surprising given that Leone sought him as director for the project in its early stages, only to be rebuffed.

There are hints of John Ford’s The Informer (1935) too, especially in the flashback sequences that fill in the background of James Coburn’s Irish terrorist, Sean. Peter Bogdanovich, who was brought on as a writer only to be swiftly booted back to America, proved less than charitable when discussing the comparison with Frayling: “Ford understood what America was about before Leone was even born, and now, in his grave, he understands more than Leone will ever know.”

A movie that begins with a modish, screen-filling quote from Chairman Mao is never going to be subtle, but subtlety was never a weapon in the Leone arsenal. The film is at its best in drawing out the relationship between Steiger’s reluctant revolutionary and Coburn’s world-weary counterpoint – a man who stands to lose everything in the name of a futile cause, and a man who’s already lost it.

As Frayling makes a case for it: “Juan builds a close relationship with Sean, and develops as a result of it. Through the serious trouble into which he is then led, he moves from stereotype to human being, from actor on the puppet stage to life-sized person. This makes him a first in Leone’s cinema.”

Watch our analysis of a Sergio Leone gunfight