Filming the divine: The Gospel According to Matthew

Geoff Andrew wonders why religion and spirituality are so difficult to treat on screen… and explains how Pier Paolo Pasolini’s unforgettable film of the life of Christ cracks it. 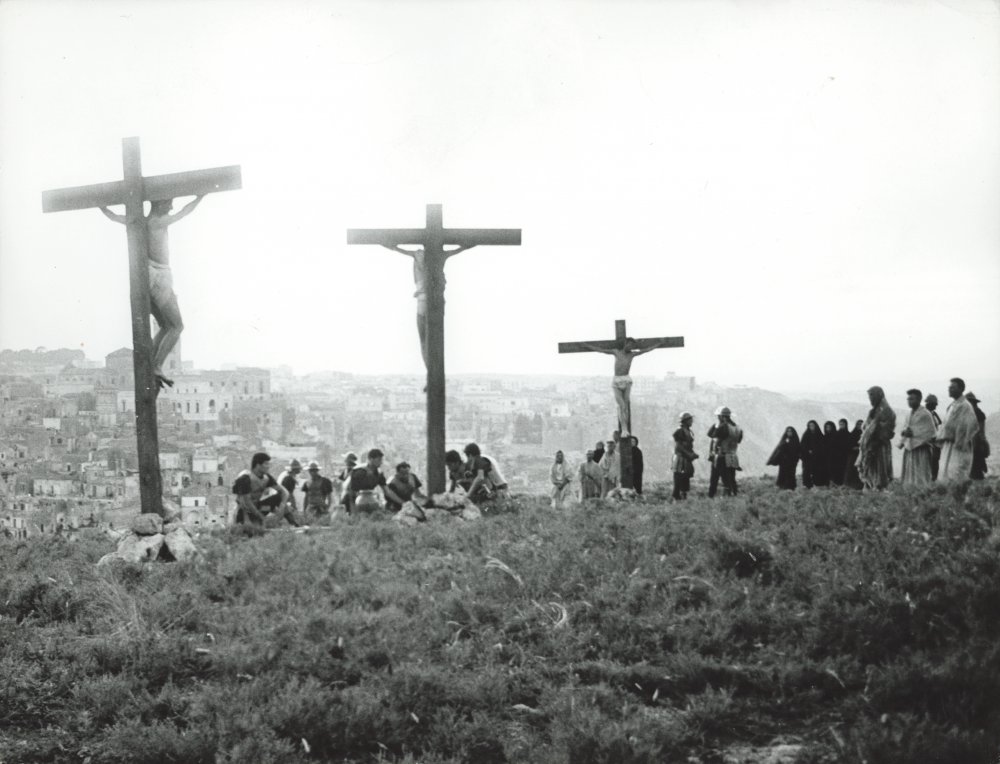 “In my opinion, there are two things that can absolutely not be carried to the screen: the realistic presentation of the sexual act and praying to God.” Thus spake Orson Welles. I’m not entirely sure why he felt this to be the case, but Welles certainly doesn’t seem to have been a prude (though he was, of course, admirably aware of the ethical responsibilities of an artist – check out his superb 1974 film F for Fake if you’ve any doubts about that).

I imagine his prohibition on these two fronts must have had something to do with subjectivity and its relation to such private activities. After all, we bring so much personal baggage with us to the cinema in terms of religious faith and/or sexuality that we’re always going to be comparing our own experiences, ideas, anxieties, hopes and desires with what we see on screen. And very often, I suspect, we’re likely to feel that the gap between the films’ depictions of sex and prayer and our own individual experiences of them is pretty wide.

Which leads us to why it’s so difficult to make a properly plausible religious film. Just as prayer is hard to get right in a movie, so too are most things to do with faith and notions of divinity. Think of Hollywood films like The Ten Commandments (1956), The Greatest Story Ever Told (1965) and The Song of Bernardette (1943), and the problems immediately become apparent. Even with the magic of cinema, miracles and visionary epiphanies often come across as incredible, simply because we know how editing, special effects and film artifice in general are so often devoted to deceiving the eye. 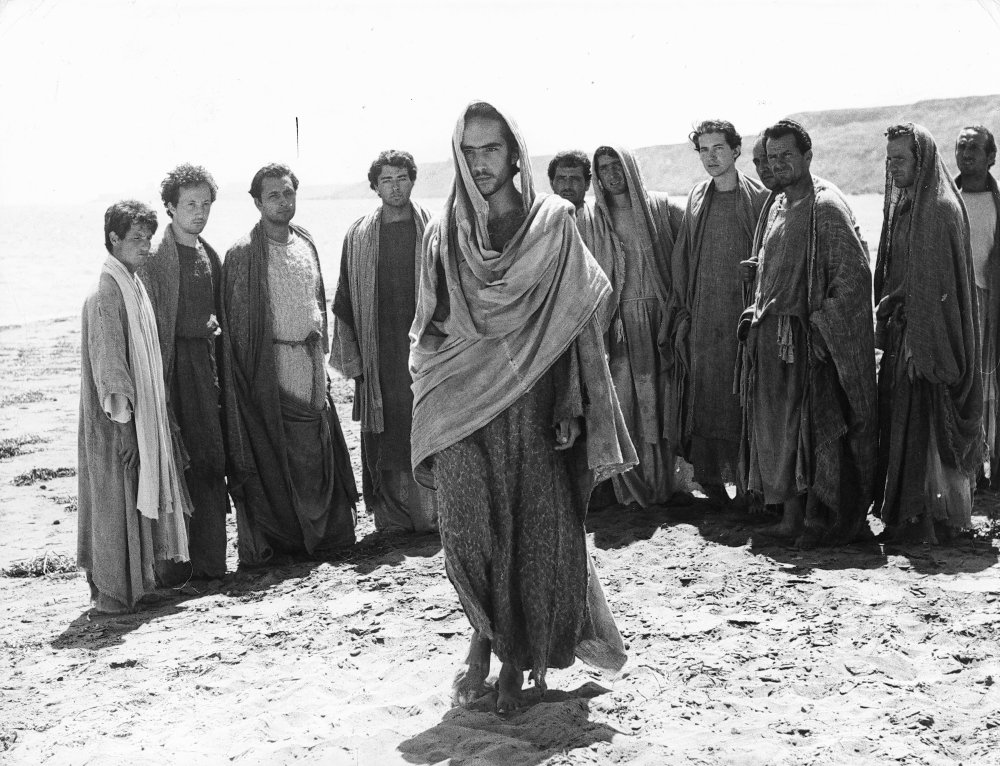 And then there’s the perennial question of how to represent holiness: too often it comes down to the clichés of dramatic backlighting and filters, a soaring, saccharine choral score and actors behaving in a way which seems so angelically distracted that they barely feel human at all.

Perhaps that’s why the films which depict divinity, spirituality or religious faith most persuasively are very often those which adhere most closely to a kind of materialistic realism rooted in the physical aspects of existence. One thinks of Carl Dreyer’s The Passion of Joan of Arc (1928) and Ordet (1955); of Robert Bresson’s Au hasard Balthazar (1966) and Mouchette (1967); of Frank Borzage’s A Farewell to Arms (1932), of Roberto Rossellini’s Viaggio in Italia (1954), of Manoel de Oliveira’s Rite of Spring (1963), even, perhaps, of Eric Rohmer’s The Green Ray (1986).

And then there is The Gospel According to Matthew (1964), which for many is the finest life of Christ yet committed to film. 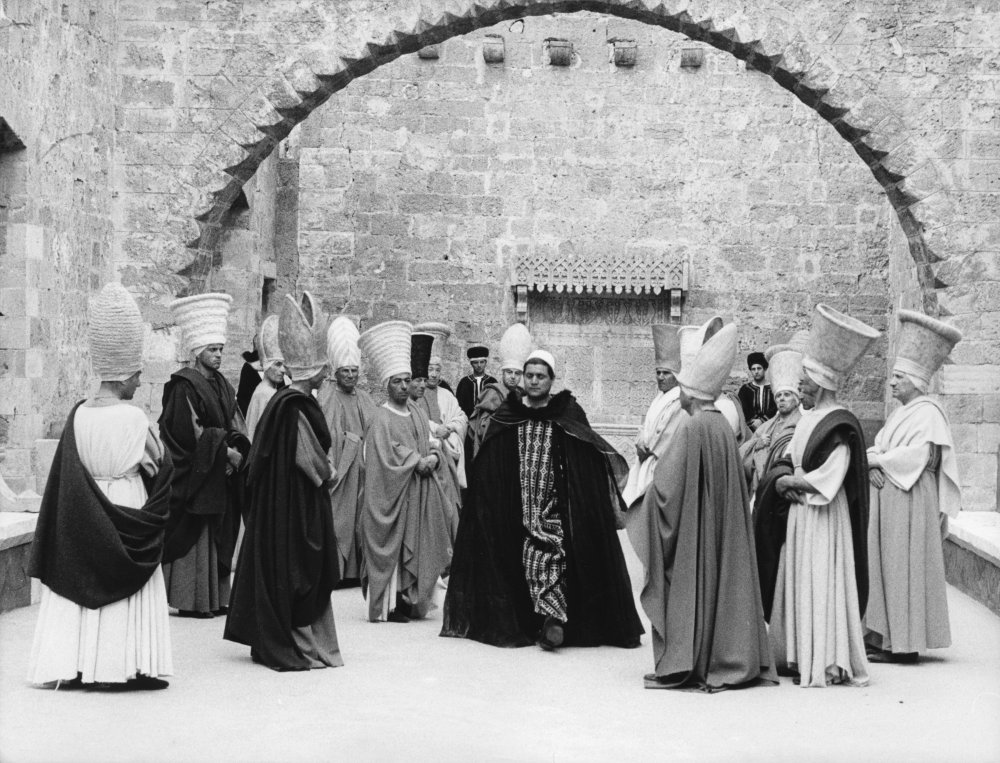 What makes this early work by Pier Paolo Pasolini so effective is that he grounds it in an immediately recognisable historical world. Admittedly, since he was a poet as well as a filmmaker, he allowed himself enough licence to do some mixing and matching in terms of time and place – mainly in terms of the costumes and the music track, but also in compositions inspired by Renaissance paintings. His point was that our knowledge of Christ’s life comes down to us through 2000 years of art, and it is pointless to try and pretend otherwise.

Still, Pasolini’s is essentially a realist’s approach to the story. We don’t even need to believe that his protagonist is the son of God, since he’s comprehensible as an activist seeking to right wrongs, change the world and rid it of oppression. At the same time, however, since we witness those he encounters responding to his words and deeds in a thoroughly believable way, it may be that we too at least share the conviction that here was someone special, important, different.

Wherein lies the film’s power. There is no special pleading, no visual or musical bombast. Even the miracles are depicted with the minimum of fuss, in a way that mirrors the matter-of-fact tone applied to the rest of the narrative. In the end, this is simply a plausible story of a charismatic man with unshakeably strong beliefs attempting to win others over to his cause. Such things happen. And Pasolini understood that that was quite enough.