Kieron Webb, film conservation manager at the BFI National Archive, reports from a week-long course held by Mumbai’s Film Heritage Foundation to educate students in the art of film restoration and preservation. 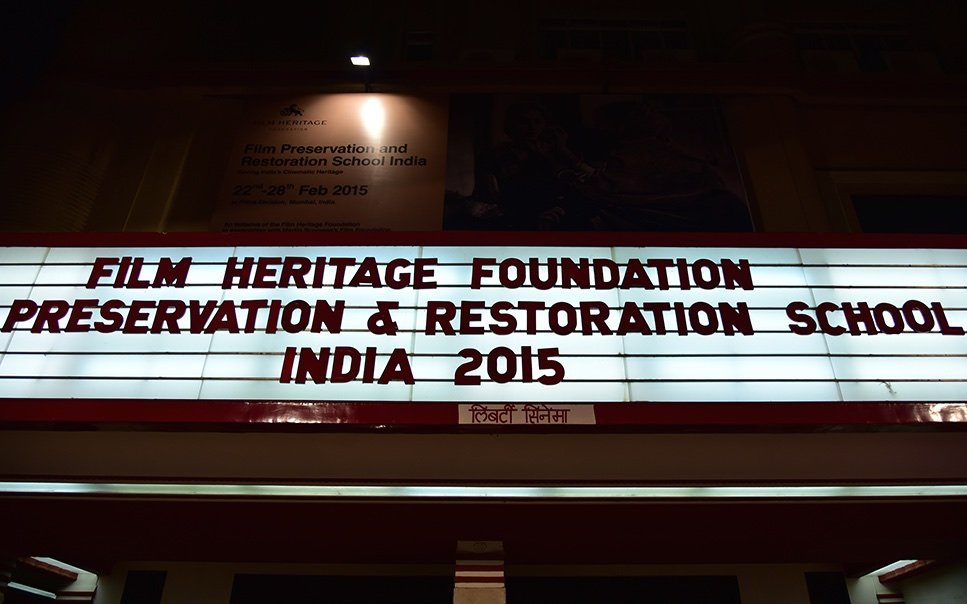 The two hottest topics that film archivists struggle with right now are: how do we ensure preservation of original film artefacts and their digital versions and where will the new archivists come from?

Both were addressed at the recent Film Preservation and Restoration School, India, with 52 students attending a week-long course in the heart of Mumbai. India is, of course, home to one of the largest filmmaking industries ever known, but it was in order to ensure the legacy of that vibrant enterprise that The Film Heritage Foundation (FHF) was established last year. Founded by filmmaker and restorer Shivendra Singh Dungarpur – whose documentary Celluloid Man (2012) pays handsome tribute to the founder of India’s national archive, P.K. Nair – the foundation’s aims are to promote the causes of Indian film preservation and of film education generally. 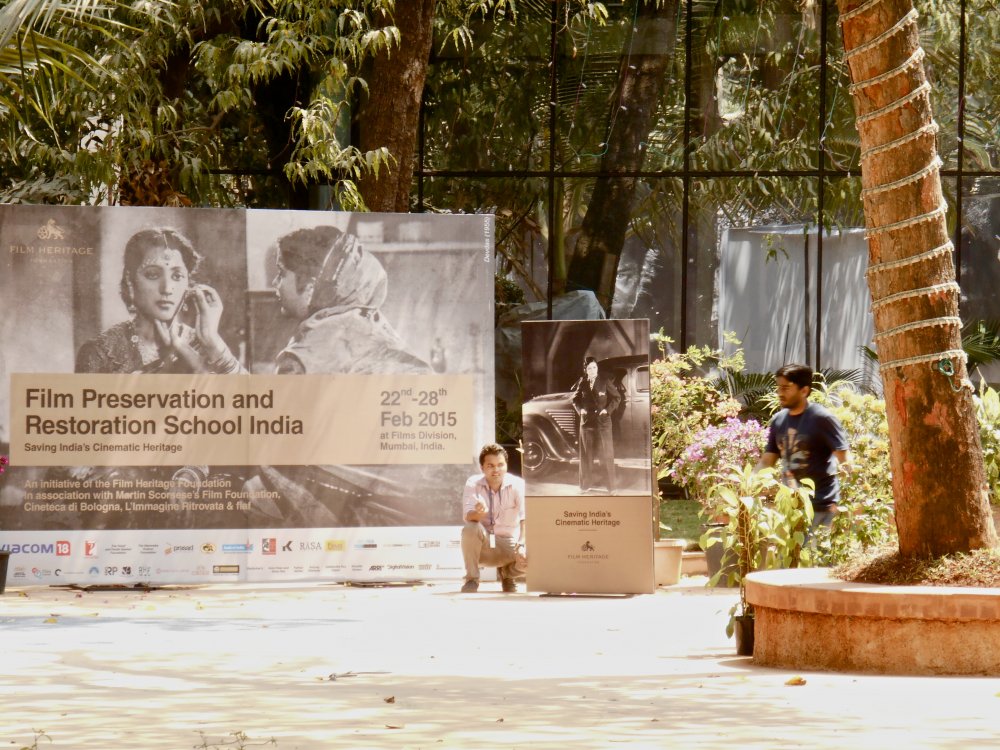 One of the Foundation’s earliest achievements, therefore, is likely to remain one of its most potent: a preservation school dedicated to the training of film archivists. In collaboration with The Film Foundation and World Cinema Project, Cineteca di Bologna, L’Immagine Ritrovata and the International Federation of Film Archives (FIAF), FHF’s school gathered an international teaching faculty at the home of Films Division, Mumbai. Here, the school’s daily pattern worked together lectures and demonstrations with practical modules, rounding off with evening screenings of restorations at the historic and evocative Liberty Cinema. One memorable double-bill combined Geoffrey Jones’s Snow (1963), recently mastered for digital cinema by the BFI National Archive, with The Colour of Pomegranates (1969)!

I joined Camille Blot-Wellens of FIAF’s Technical Commission in giving a daily 9am module on film preservation – past and present. Developed by David Walsh, the Technical Commission’s head as well as head of digital collections at the IWM, the sessions illustrated film and video’s technical histories and production routes before covering their preservation and reproduction in modern formats. Students could then translate this information into the context of practical application during afternoon sessions hosted by staff of the renowned restoration laboratory L’Immagine Ritrovata. 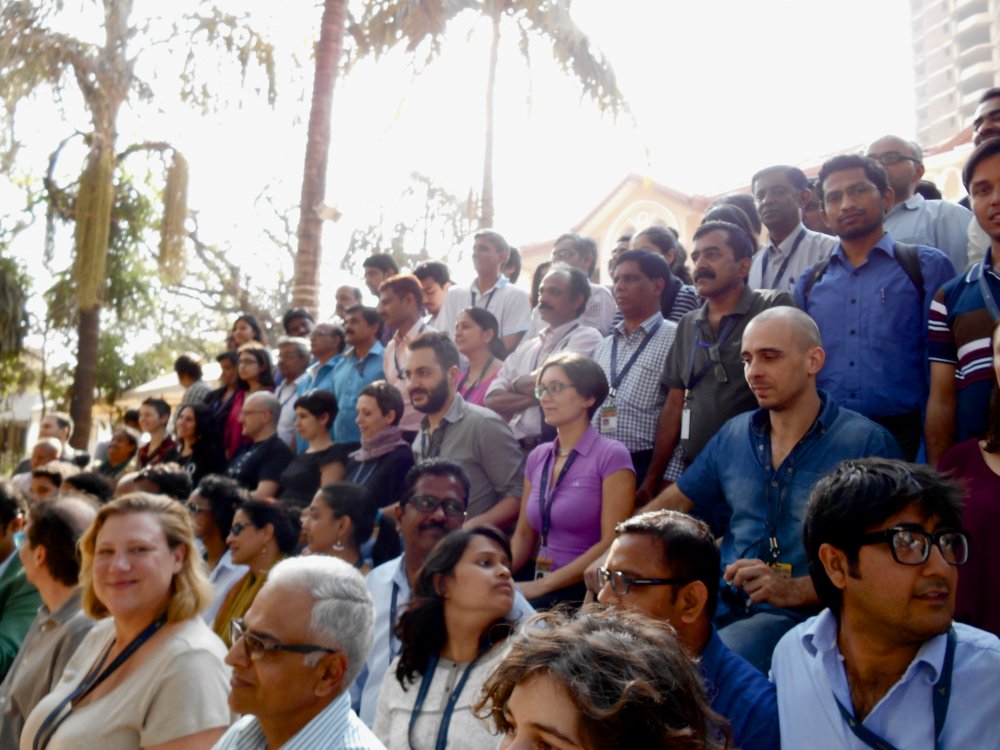 Of course, many of the techniques and equipment used in restoration are now digital so students engaged with picture and sound scanning, colour correction and grading, image and sound restoration and final mastering for the bewildering range of outputs. But the fundamental knowledge of original film objects was also covered in sessions concentrated in film identification, physical repair and conservation and the comparison of source elements – determining the most original edits and best quality copies before designing a restoration route characterised by the existing materials.

Into this mix was the opportunity for students to hear Andrea Kalas, formerly of the BFI National Archive, describe Paramount’s approach to preservation of studio productions. As she put it, “archiving a film as soon as it’s made”. Ryan Hullings and Lee Kline of The Criterion Collection brought to life their incredible journey in restoring Satyajit Ray’s Apu trilogy (1955-59). On the Wednesday night, attendees had the welcome surprise of seeing Criterion’s in-progress restoration of Pather Panchali (1955). Ray Jiing examined the future of archiving within Asia and Maciej Molewski provided an example of a national film heritage being actively reborn within digital presentation, examples of which will be presented from April in BFI Southbank’s Martin Scorsese Presents: Masterpieces of Polish Cinema season. 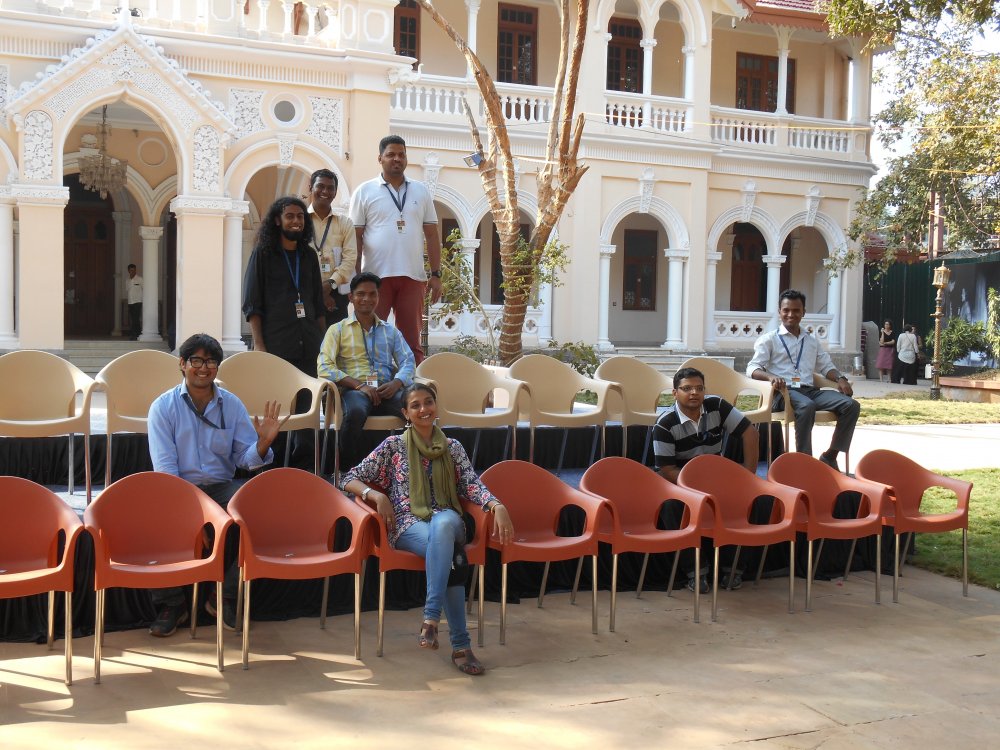 Given the Film Heritage Foundation’s mission, the last panel discussion focused on the unique challenges of film preservation within India. As part of the answer to the question ‘where to start?’, the FHF’s first book publication From Darkness into Light includes ‘the film heritage 60’. This is a list not of 60 lost Indian films but of those which exist sometimes precariously and whose restoration is crucial to beginning to understand Indian film culture.

I left the school feeling that the students’ sheer stamina was its most notable aspect. Successfully negotiating seven 12-hour days, they were rewarded with FIAF-accredited certificates presented by the legendary Waheeda Rehmanji. A week previously, we had all sat in the Liberty Cinema’s plush surroundings for the school’s opening ceremony. P.K. Nair and Gian Luca Farinelli, director of the Cineteca di Bologna, were both recognised for their tireless work in film preservation and Jennifer Ahn spoke of the aims that similarly motivated Martin Scorsese to establish The Film Foundation and the World Cinema Project. 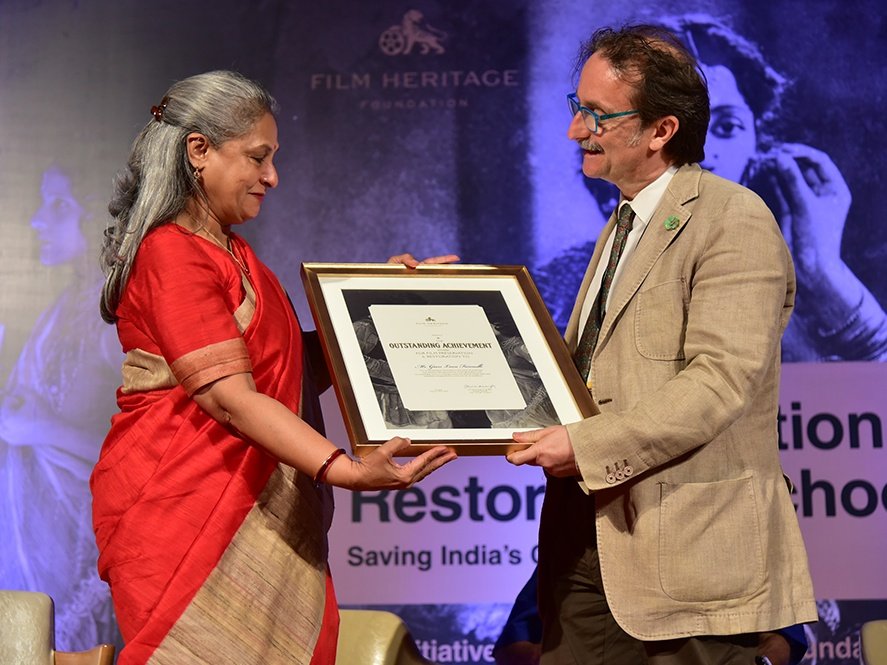 There was a palpable buzz in the house when the imposing figure of Amitabh Bachchan accepted the role of ambassador for the FHF, his resonant tones describing the importance of the cause and providing a suitably starry and serious basis for a historic event.