Roll of honour: 15 movie legends who served in the First World War

One hundred years after the end of the Great War, we remember the war stories of a selection of those who served who would go on to great careers in film. 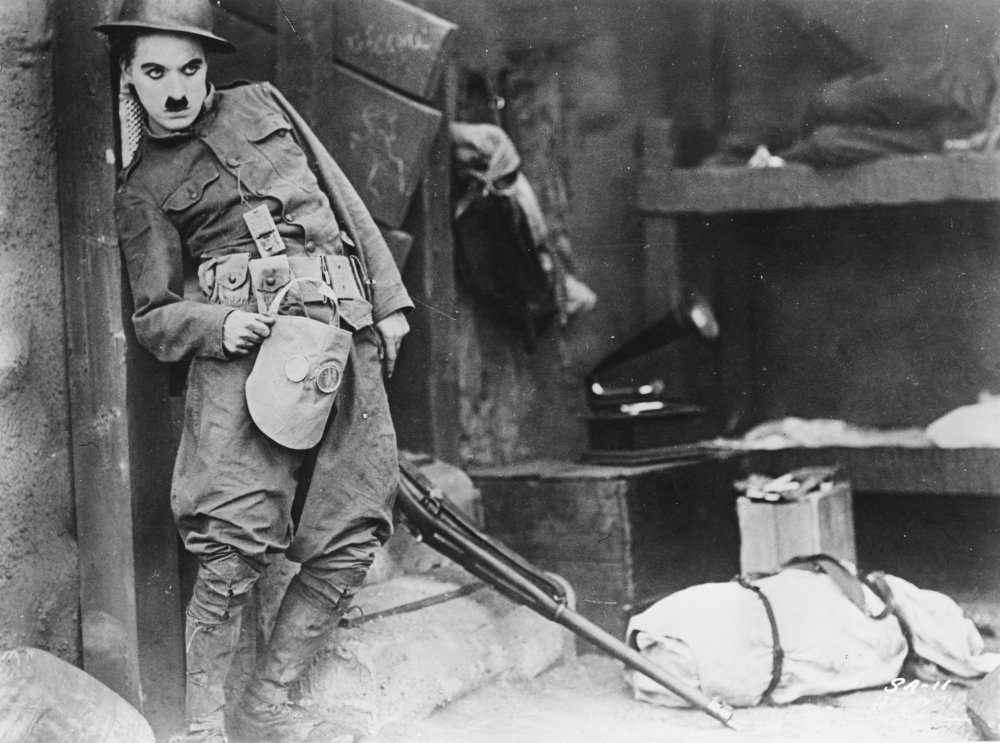 Charlie Chaplin in Shoulder Arms (1918). Chaplin didn’t serve in the Great War, but his comedies were regarded as a tonic by recuperating troops

Film was still a relatively young medium when the First World War broke out in August 1914 and the combatants were slow to realise its propaganda potential. Moreover, as stars had only been billed by name since 1910, few of those who went to fight in the trenches were household names.

An exception was Charlie Chaplin, who was targeted by Lord Northcliffe’s Daily Mail for his decision to remain in Hollywood. Moreover, he received hundreds of white feathers – symbols of cowardice – when the United States entered the fray in 1917. Ultimately, Chaplin raised vast sums on bond rallies, while comedies like Shoulder Arms (1918) were regarded as a tonic by recuperating troops. But his contribution wasn’t fully appreciated at the time.

Interestingly, unlike western star Audie Murphy, who was one of the most decorated veterans of the Second World War, few of those who had served between 1914-18 exploited their records to boost their careers. Indeed, surprisingly few films were made about the conflict during the silent era.

But the 1930s saw several returned heroes make their mark behind and in front of the camera. 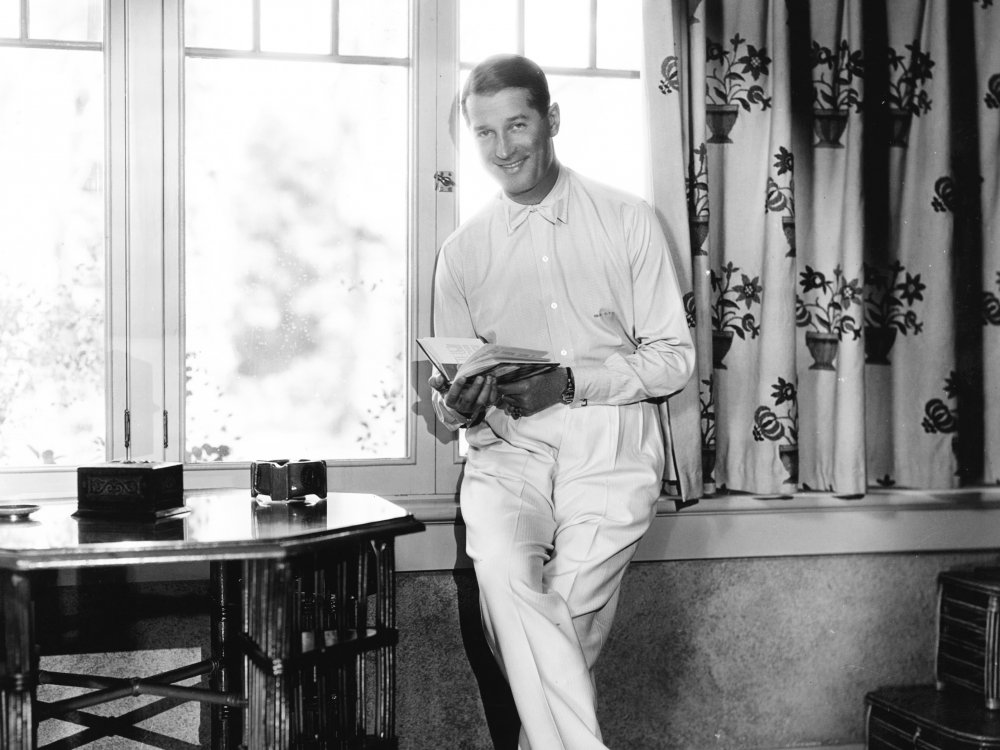 Infantry private Maurice Chevalier was doing National Service at Belfort when hostilities commenced. Not long after going to the front, he was hit in the chest by shrapnel and incarcerated for two years in the Altengrabow PoW camp, where he learned English before King Alfonso XIII of Spain helped secure his release.

Having received the Croix de Guerre, Chevalier resumed his cabaret partnership with Mistinguett. But his ambitions took him to Hollywood in the early talkie era and he earned an Oscar nomination for Ernst Lubitsch’s The Love Parade (1929).

Following accusations of collaboration during the Occupation, Chevalier rebuilt his reputation in musicals such as Vincente Minnelli’s Gigi (1958). 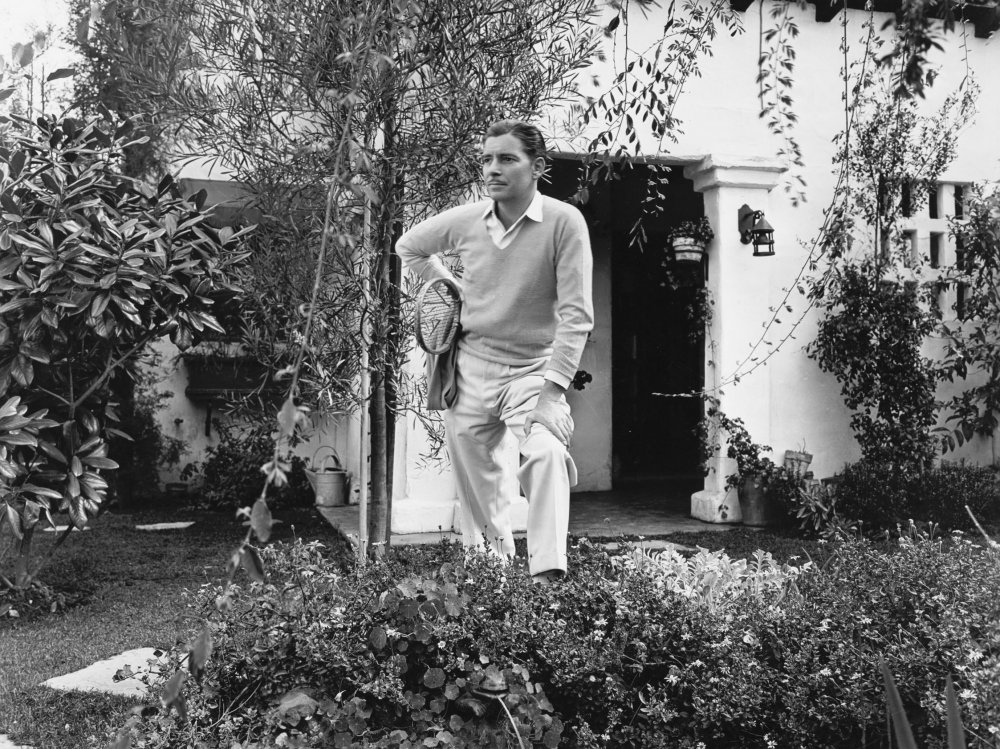 Shipping clerk and amateur theatrical Ronald Colman enlisted as a private with the 14th Battalion, London Regiment after four years with the London Scottish. Among the first Territorial troops to see action in Flanders, Colman survived Ypres, but was blown into the air by a shell during the Battle of Messines in October 1914.

His knee and ankle were so badly damaged that he was left with a permanent limp. But he managed to disguise it after making the transition from stage to silents to talkies, as he earned Oscar nominations for Condemned (1929), Bulldog Drummond (1929) and Random Harvest (1942) before winning best actor for A Double Life (1947). 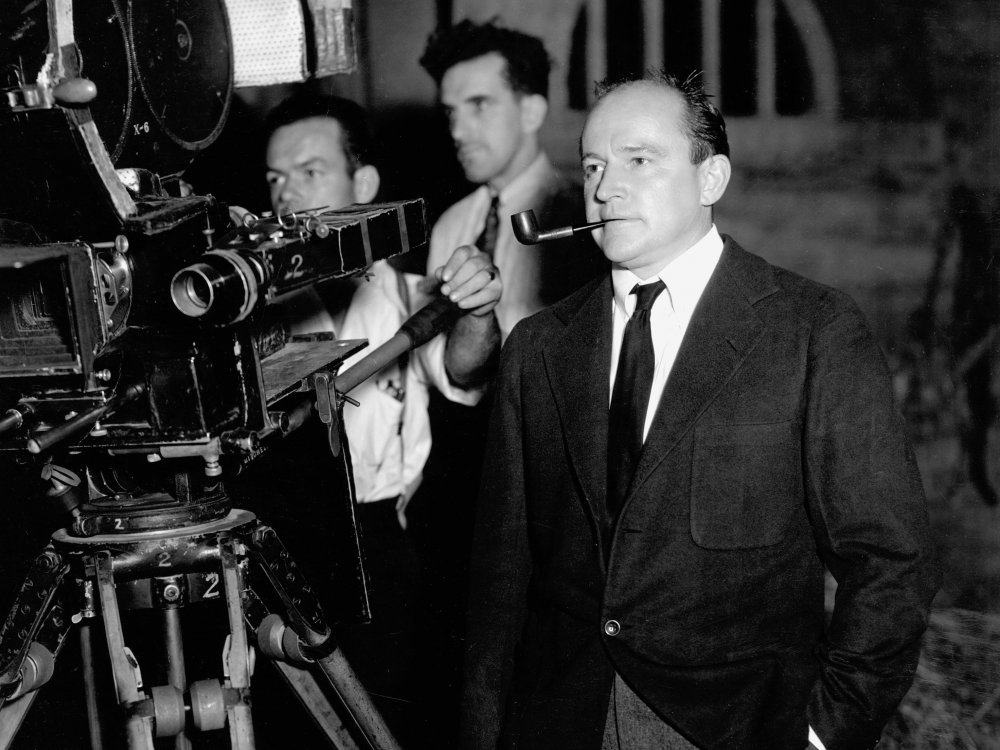 The future co-director of King Kong (1933) and producer of John Ford’s The Quiet Man (1952) and The Searchers (1956), Merian C. Cooper had a remarkable war. Having fought against Pancho Villa in Mexico, Cooper flew DH-4 bombers for the US Army Air Service before being shot down and captured in 1918.

Rather than return home, however, Cooper volunteered for relief work in Poland and co-founded the Kosciuszko Squadron after the Red Army invaded in 1919. Captured by Cossacks, Cooper spent nine months as a PoW before he escaped and walked over 700 miles to freedom. He was rewarded with Poland’s highest military honour, the Virtuti Militari. 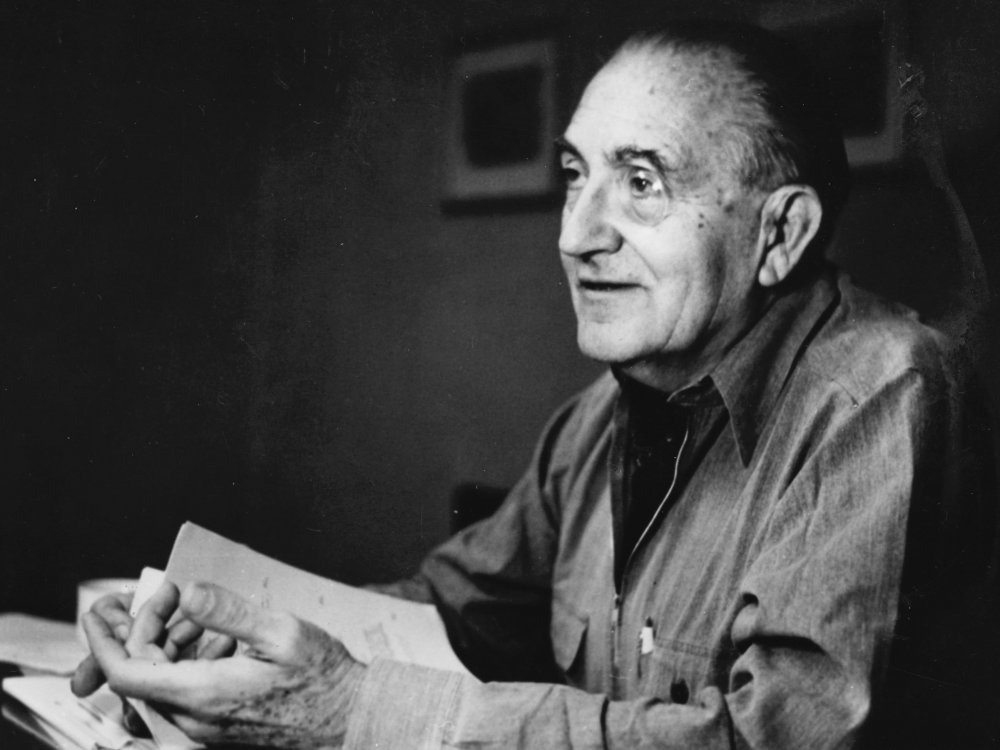 The director of Metropolis (1926), M (1931) and Fury (1936) needs no introduction. While serving with the Imperial Landwehr Field Gun Division No.13, Fritz Lang exposed himself to enemy fire three times to report on Russian fortifications in Galicia between October 1915 and March 1916.

He was wounded twice in eight days at the battles of Cholopieczy and Zaturcy in June 1916, where he was seemingly hit in the eye after his horse was shot from beneath him.

Following treatment, Lang was involved in minor skirmishes in Romania before being invalided out of the war with nervous exhaustion in spring 1918 after earning more medals on the Italian front. 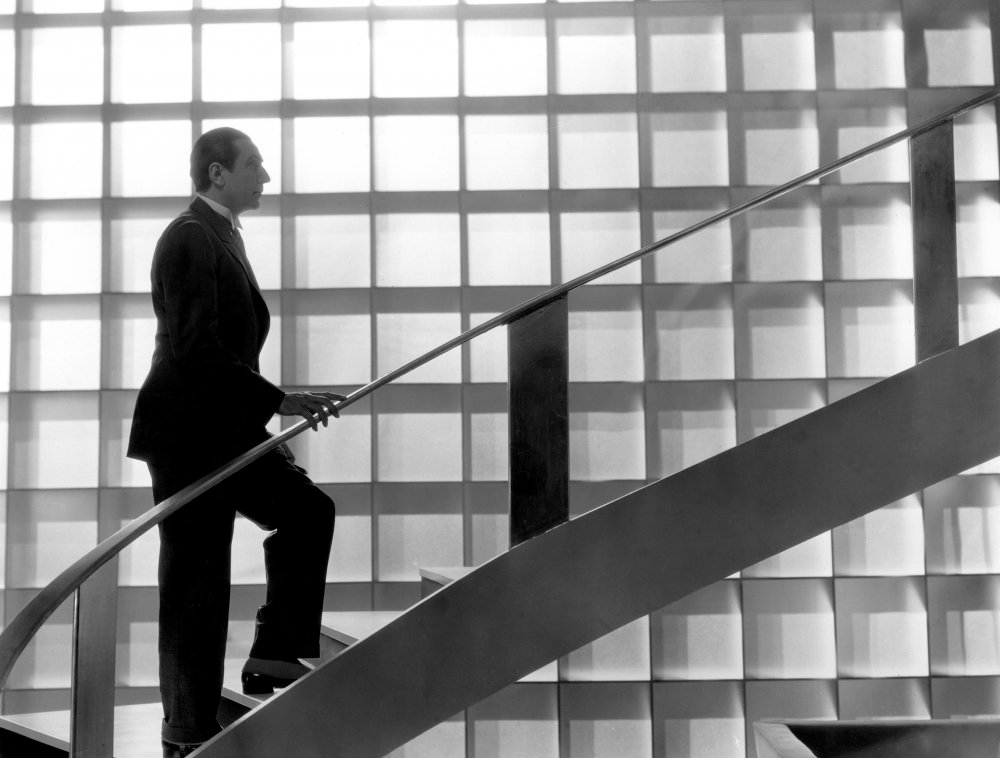 Bela Lugosi was already established on the Budapest stage when war was declared. Waiving an exemption, he volunteered for the 43rd Royal Hungarian Infantry and was dispatched to Galicia, where he served with a ski patrol.

Wounded at Rohatin and again on campaign in the Carpathians, Lugosi narrowly escaped death when he went to the aid of a wounded comrade during a forest ambush and returned to find the tree he had been sheltering behind had been obliterated.

The future Dracula (1931) star had another narrow miss during the White Terror that followed the collapse of two short-lived postwar republics when he had to flee Hungary in a hay cart. 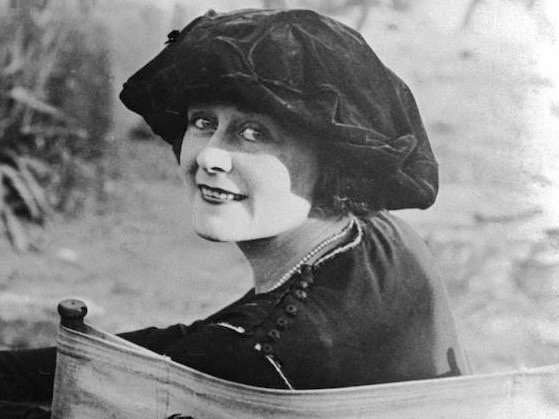 During her pioneering career, screenwriter Frances Marion amassed more than 130 credits. But one title is missing from her resumé.

In early 1918, Marion was invited to France by Elsie Janis, who was entertaining the troops and thought Marion could report on the female contribution to the war effort. Accredited as one of the first women war correspondents on the Western Front, Second Lieutenant Marion sailed in September 1918 and spent several weeks filming at Verdun with Army Signals Corps lieutenant Wesley Ruggles, who would make the Oscar-winning western, Cimarron (1931).

But, despite periodic mentions in the press, American Women in the War seems never to have been completed. 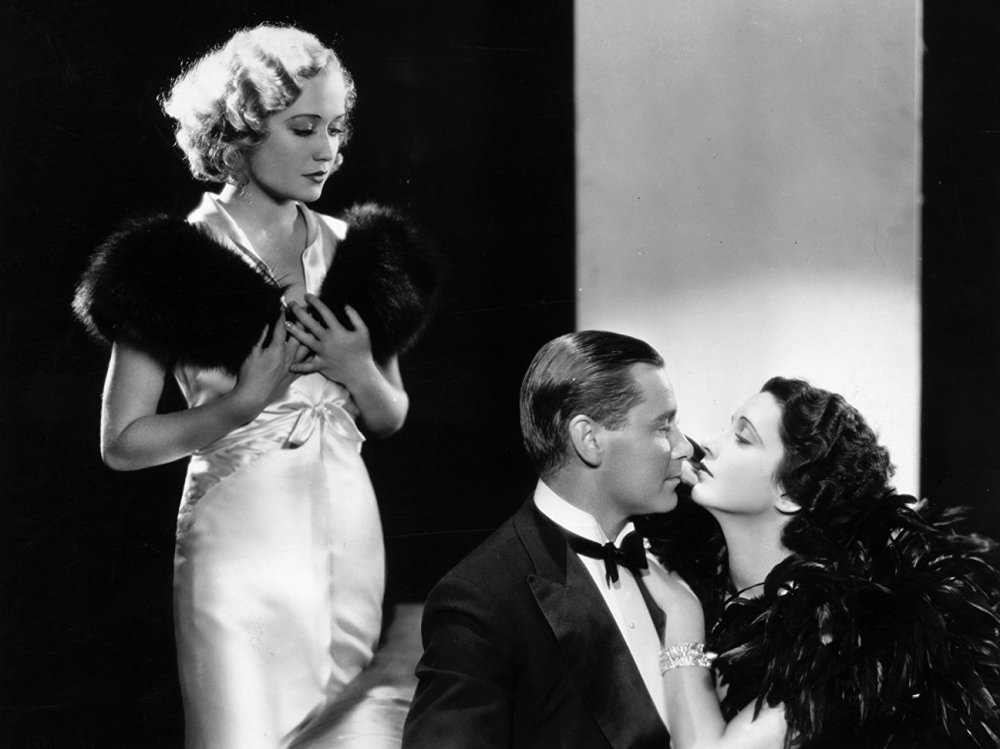 Herbert Marshall in Trouble in Paradise (1932)

Born into a theatrical family, Herbert Marshall was flourishing in the West End when he joined the 14th Battalion, London Regiment in June 1916. He was posted to France in January 1917 and had his right knee shattered by a sniper at the Second Battle of Arras on 9 April.

Doctors fought for a year to repair the damage, but the leg was amputated below the hip and Marshall spent the rest of his life with a prosthetic limb.

Overcoming depression, he resumed his acting career and became one of Hollywood’s most dependable leads in classics such as Trouble in Paradise (1932), The Letter (1940) and The Little Foxes (1941). 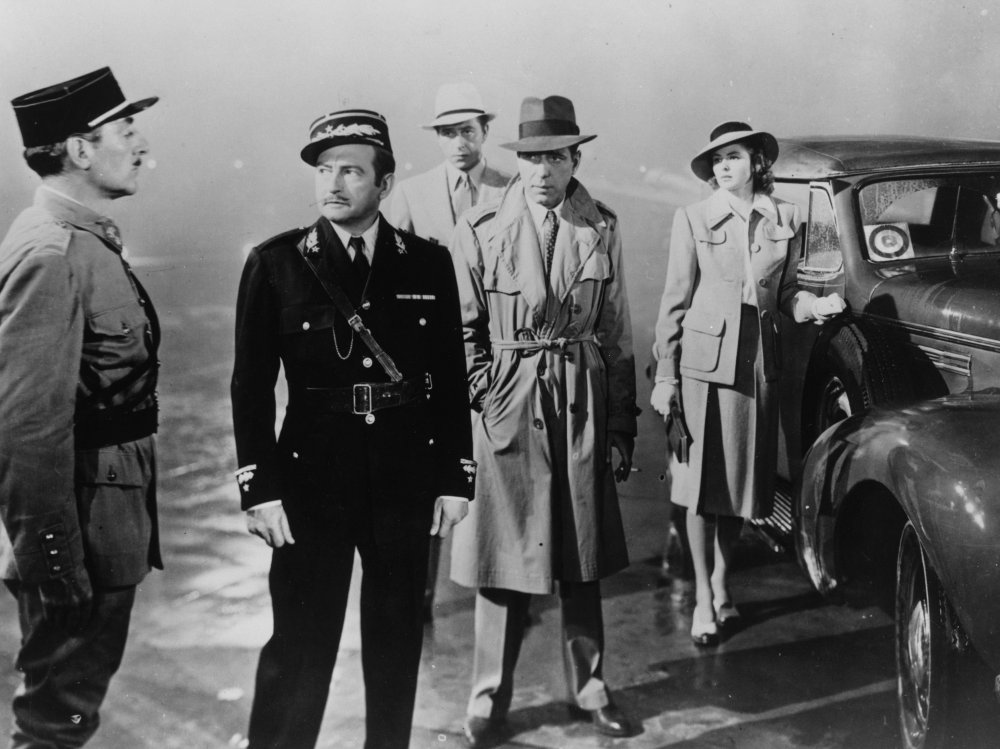 Serving alongside Ronald Colman, Cedric Hardwicke, Herbert Marshall and Basil Rathbone in the London Scottish Regiment, Claude Rains lost 90% of the sight in his right eye after being gassed at Vimy Ridge in November 1916. The chemicals also affected his vocal chords and created the distinctive huskiness that would help Rains emerge as one of Hollywood’s most cultured villains.

Although unfit to fight, he continued to serve and rose to the rank of captain with the Bedfordshire Regiment.

He spent most of his screen career at Warners and received best supporting actor Oscar nominations for Mr. Smith Goes to Washington (1939), Casablanca (1942), Mr Skeffington (1944) and Notorious (1946). 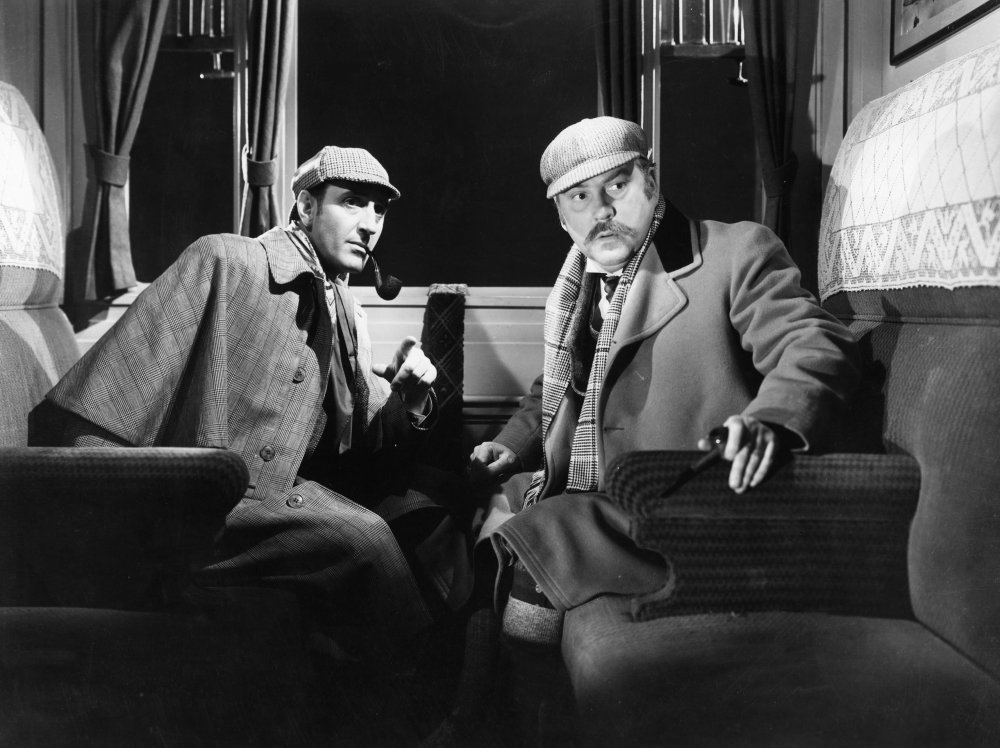 Recovering from measles, Basil Rathbone was posted to Bois Grenier with the King’s Liverpool Regiment in April 1917. Such was his detestation of warfare that he had been reluctant to join up. But, when his brother John was killed in June 1918, Rathbone persuaded his commanding officer to let him conduct a daytime recce of enemy positions near the village of Festubert while disguised as a tree.

Killing the astonished German who spotted his party across No Man’s Land, Rathbone led his men to safety and received the Military Cross. His co-star in the 1940s Sherlock Holmes series, Nigel Bruce, was hit 11 times in the leg at the Battle of Cambrai in 1917. 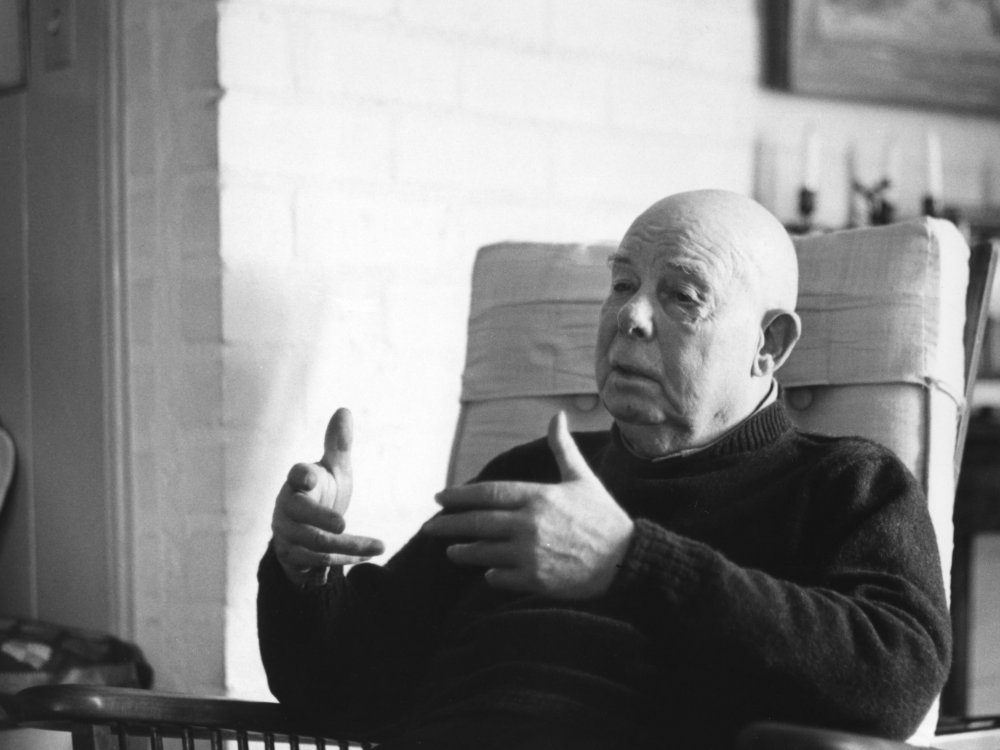 Jean Renoir is responsible for the landmark pacifist films, La Grande Illusion (1937) and La Règle du jeu (1939). Yet, such was his love of uniforms that he joined the First Regiment of Dragoons in February 1913.

When war broke out, he transferred to the Chasseurs Alpins, only to be hit by a sniper while on patrol. His mother’s intervention prevented doctors from amputating the leg and Renoir made light of a limp to become a reconnaissance photographer for the Armée de l’Air.

Having taken flying lessons, he became part of Escadrille 64. But he was forced to quit when a bad landing aggravated his leg injuries. 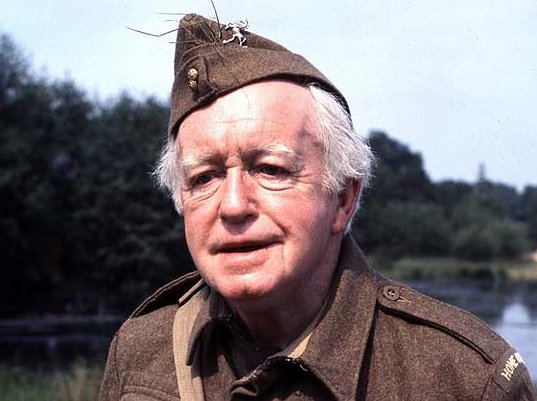 In Dad’s Army (1968-77), Private Charles Godfrey reveals that, as a conscientious objector, he had served as a stretcher bearer during the Great War. By contrast, 20-year-old Arnold Ridley joined the Somerset Light Infantry and was hit in the back by shrapnel and shot through the thigh within days of arriving in Arras in March 1916.

He recovered to undertake two reckless missions during the Battle of the Somme, at Delville Wood and Gueudecourt. During the latter, Ridley fought hand to hand with a German soldier and received bayonet wounds to his groin and wrist, as well as a rifle butt blow to the head.

Despite losing the use of three fingers and suffering from blackouts, Ridley also volunteered for the Second World War, only to be invalided home. 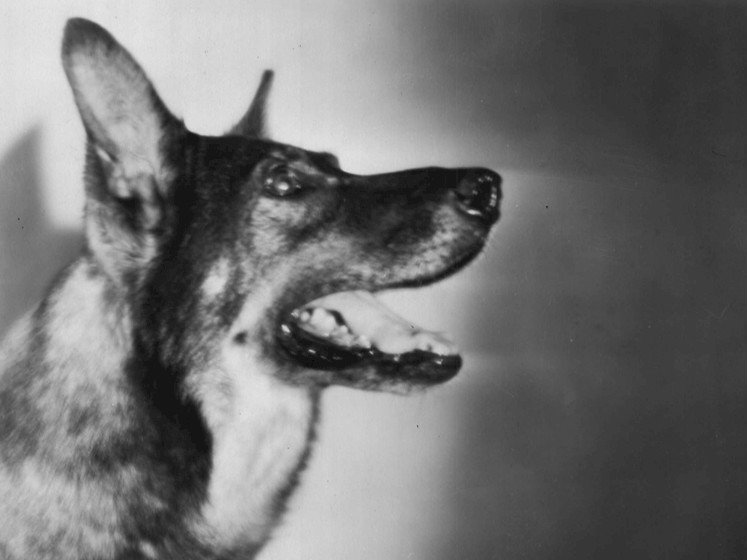 Rin Tin Tin was less than a week old when he was discovered by aerial gunner Lee Duncan on 15 September 1918 in a bombed German army kennel near the French village of Flirey. Smuggling the German Shepherd mother and her five puppies back to base, Duncan named his favourites Rin Tin Tin and Nanette after some lucky charm dolls.

Returning to Los Angeles, he trained Rinty for movie stardom and he caused a sensation in Where the North Begins (1923). Becoming a global icon, Rin Tin Tin not only saved Warner Bros, but he also won the inaugural Academy Award for best actor before being disqualified. 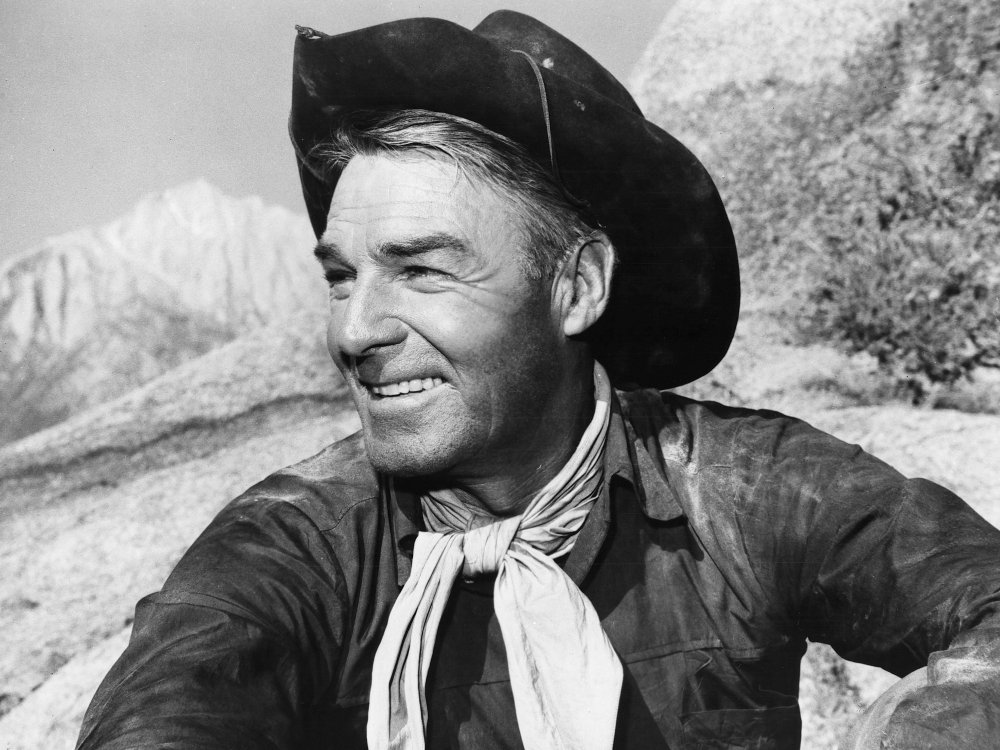 If you think Randolph Scott looks the part in war movies like Gung Ho! (1943). it’s because he learned to handle weapons while serving with the 2nd Trench Mortar Battalion of the 19th Field Artillery in the spring of 1918.

Having joined the North Carolina National Guard with buddy Andrew Harriss in July 1917, Scott developed the horse riding skills that would serve him well in such Budd Boetticher westerns as Ride Lonesome (1959).

Scott and Harriss formed an observation team and spent long hours in advanced shelters guiding the Allied artillery fire and praying that enemy snipers and shells missed them. However,  Scott never spoke about his wartime experiences. 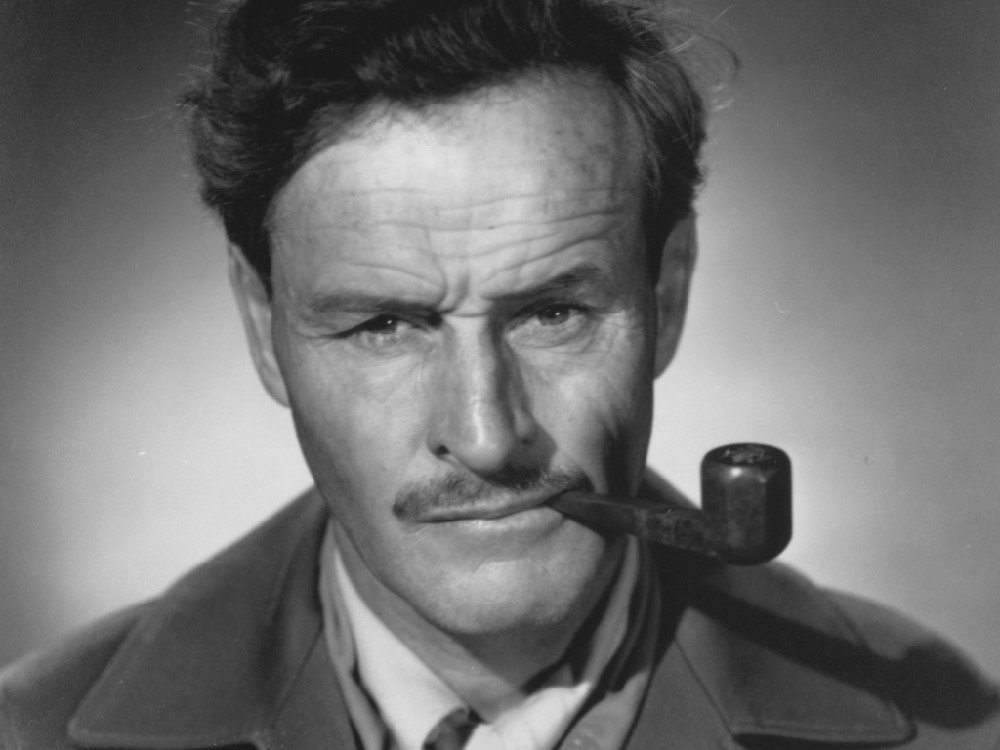 Earning the nickname ‘Wild Bill’ because of his solo strikes on German airfields, William Wellman began the war with the Norton-Harjes Ambulance Corps, which also recruited Walt Disney.

After a short stint with the French Foreign Legion, however, he joined the N87 Escadrille of the Lafayette Flying Corps. As the only American in the unit, Wellman claimed a number of kills before breaking his back in two places after being shot down.

The crash also forced the joystick through the roof of his mouth and he had to have a silver plate fitted. Yet he returned Stateside to train pilots before channeling his experiences into the first best picture winner, Wings (1927). 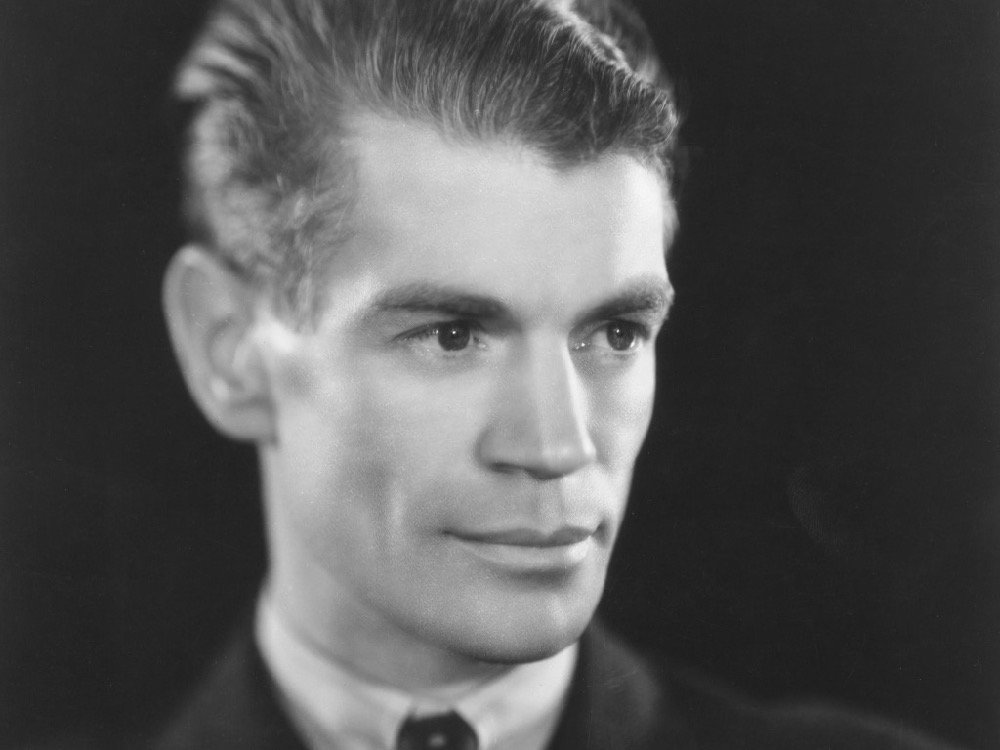 Realising that conscription would become inevitable, cobbler James Whale enlisted with the Inns of Court Officer Training Corps in October 1915 and was posted to the Western Front as a second lieutenant in the Worcestershire Regiment in July 1916.

A year later, he was captured while leading an assault on a fortified farm in Flanders and was dispatched to the Holzminden PoW camp in Lower Saxony, where he would remain until December 1918.

During his 15-month stay, Whale became involved in staging entertainments. Having forged a reputation on the British stage, he relocated to Hollywood, where his diverse filmography included Journey’s End (1930), Frankenstein (1931) and Show Boat (1936).