The film that fate helped make a classic: The Misfits

It had Marilyn Monroe, Clark Gable and Montgomery Clift. It was directed by John Huston from a script by Arthur Miller. But all that alone might not have been enough to make The Misfits an enduringly fascinating film. Tragic destiny played its part too… 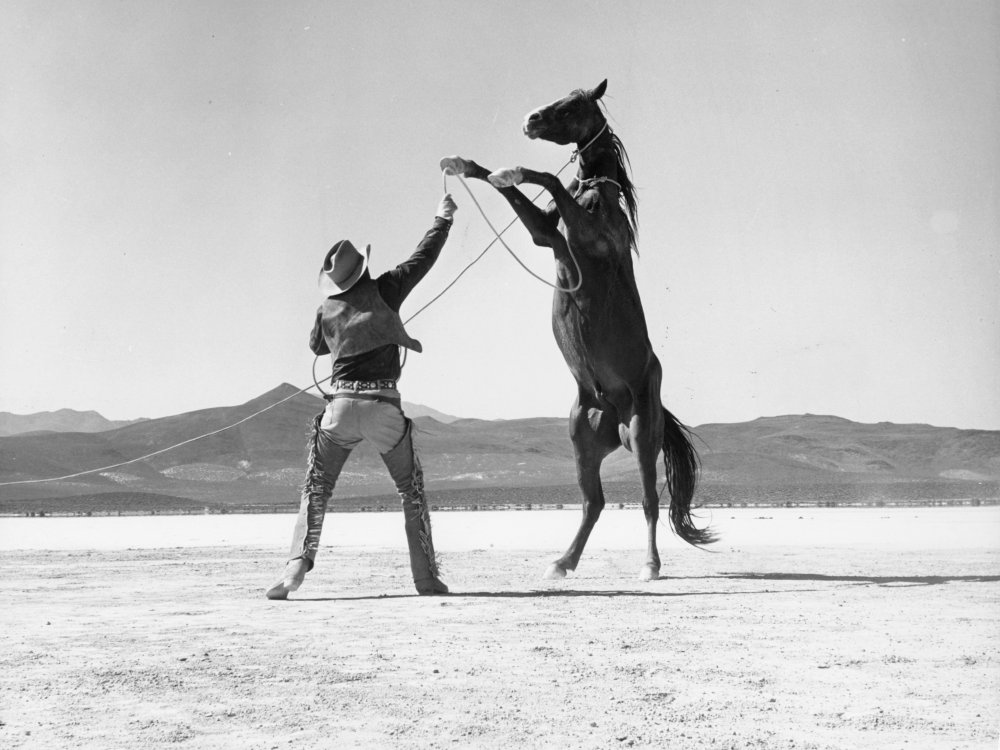 The Misfits is back in cinemas, including an extended run at BFI Southbank, from 12 June 2015.

A Marilyn Monroe season runs at BFI Southbank throughout June.

What makes a film a classic?

Is it the direction, the story and script, the choice of cast, the acting, the camerawork, editing or production design?

In the end, classic status can be the result of pretty much anything… including, I suspect, accidental or unintended factors. Making a movie is usually an expensive process involving extensive and meticulous planning. But however much one may try to minimise the role played by chance – by shooting, for instance, in a studio with a small cast and crew – one can never eradicate it altogether. Serendipity will always have an effect, which is why a producer or director will often feel relatively chuffed if a movie turns out to be 40 or 50 per cent of what they were aiming for.

It’s also why a film can end up terrific despite the odds. Take, for example, John Huston’s The Misfits (1961), starring Marilyn Monroe, Clark Gable and Montgomery Clift. Now, before you say, “Well, of course it was always going to be great with that cast, that director, and that writer on board,” let’s bear a few things in mind. Okay, Arthur Miller, then America’s most respected playwright, wrote the film as ‘a valentine’ for his wife Monroe. But remember that he had next to no experience as a writer for the screen, that the marriage was on the rocks (they divorced shortly before the film’s premiere in early 1961), and Monroe was in many ways a wreck, dependent on alcohol and prescription drugs, having difficulties with remembering her lines and turning up on time at the set. Director John Huston was often drunk, and apparently not averse to falling asleep on set. He would often display more interest in gambling than in the job at hand. 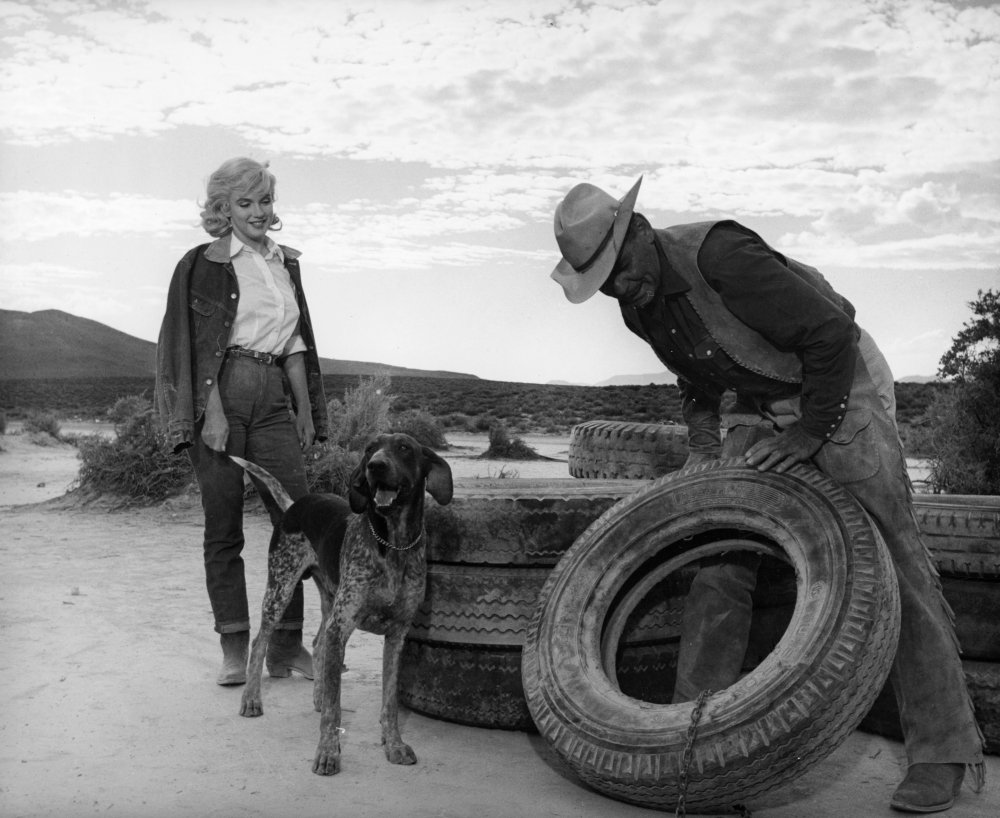 Then there were the two male leads. The success of Clark Gable – a Hollywood star par excellence – had always rested rather more on his rugged masculinity, good looks and easy charm than on any particular range, depth or subtlety as an actor. Moreover, the postwar years had not been good for him, and even he regarded many of the roles offered by MGM as unsatisfactory.

As for Montgomery Clift, yes, he had been a performer of a different order, and for a decade he was undoubtedly one of the finest actors in Hollywood; but after his car accident in 1956, his health went downhill in all kinds of ways, and it tended to show on screen.

In other words, despite the big names, The Misfits didn’t have too much going for it. Eli Wallach, Thelma Ritter and Kevin McCarthy were around to provide excellent support for the three stars, and few cinematographers could rival Russell Metty, whose CV included visual gems like Bringing Up Baby (1938), Touch of Evil (1958), Spartacus (1960) and a whole host of eye-catching Douglas Sirk titles. But a film usually needs a little more than superior camerawork and fine actors in minor roles to ensure its role as a classic. 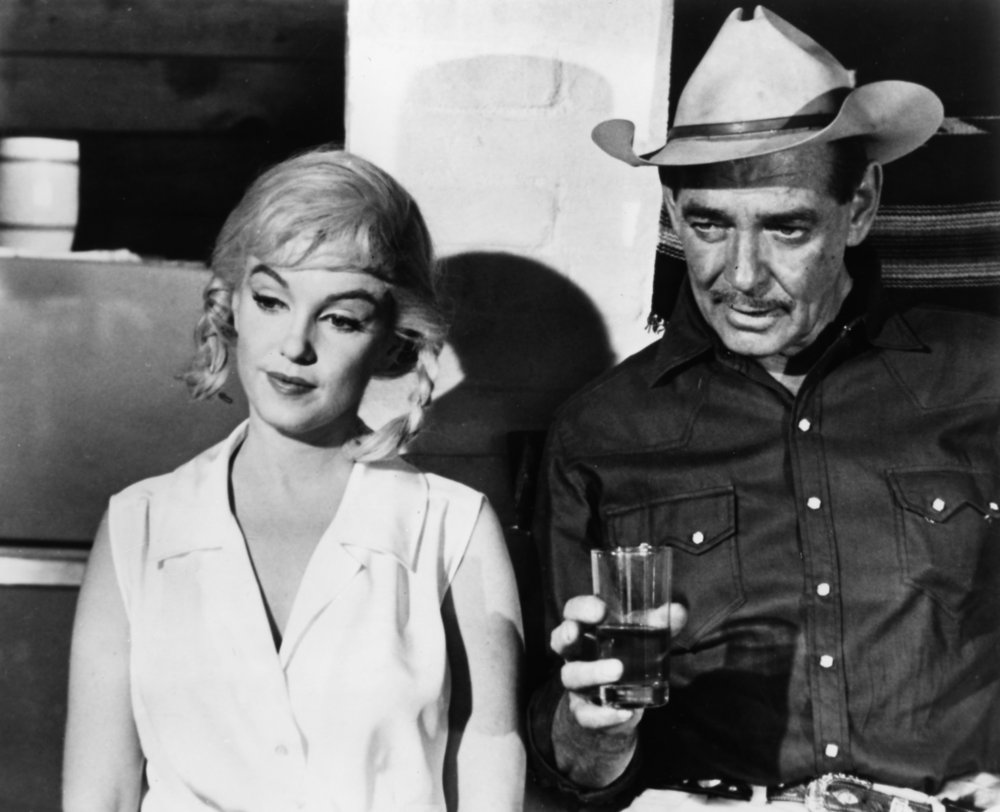 Indeed, just as the initial omens were not promising, so the film’s release – it barely broke even – didn’t suggest that it would in time become regarded as an important movie for all concerned and something we’d still be watching more than half a century later.

Serendipity played its part in The Misfits’ long-term status, and not only because Gable, Monroe and Clift, notwithstanding the problematic shoot, ended up giving memorably fine performances. As it happened, it turned out to be the last completed film for both Gable (who died just 10 days after filming finished) and Monroe (who lived on for another year and a half). For his part, Clift had only two further major roles before his own demise in 1966.

The film’s consequent association with premature death (though Gable, admittedly, was, at 59, no spring chicken) and the kind of celebrity worship which that can provoke hasn’t harmed its reputation one bit. But I’d suggest there’s more to the film’s enduring value than that kind of slightly morbid cult interest. 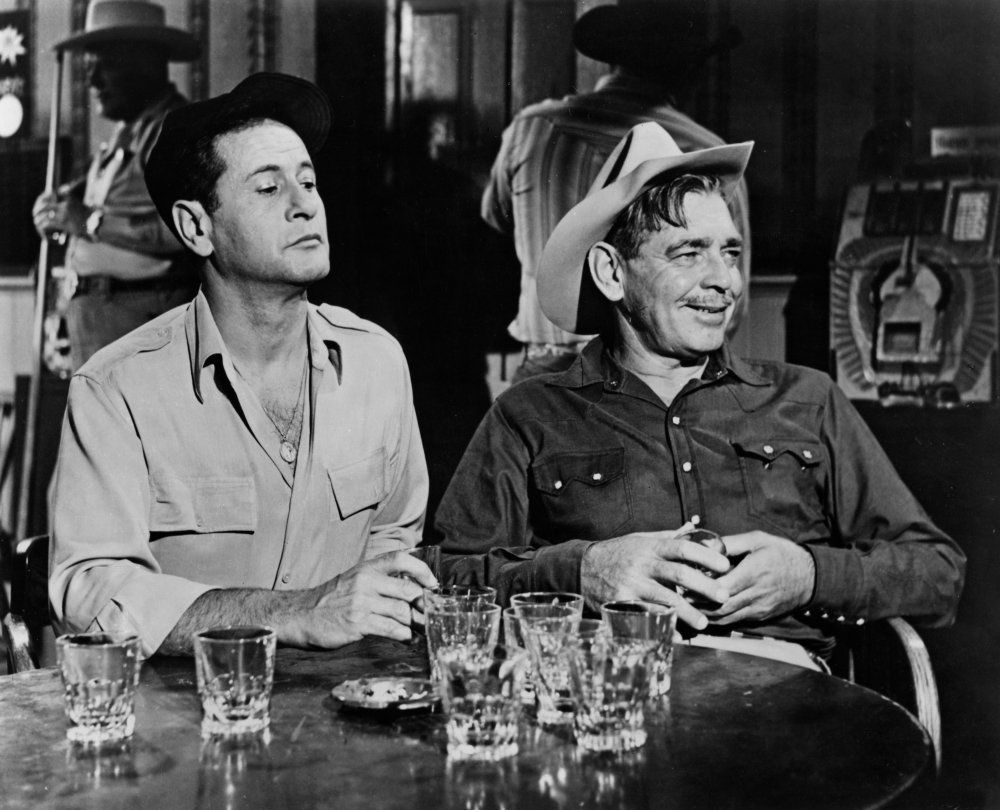 Alongside the heartfelt performances, The Misfits is memorable for the way Metty’s black-and-white cinematography creates taut, fraught, resonant relationships between the characters (and between humans and horses) in the Nevada desert. But perhaps most rewarding of all is how the almost palpable atmosphere of pain, disappointment and ubiquitous mortality reinforces, complicates and enriches the script’s sometimes trite conception of damaged masculine souls (the ranchers and rodeo-riders played by Gable, Clift and Wallach) redeemed by their encounter with a woman (Monroe’s divorcee Roslyn). Roslyn is essentially presented as a life-force corrective to their apparent indifference regarding the suffering of all the gentle, innocent and beautiful creatures on this earth.

Due to their various personal circumstances, Gable, Clift and Monroe come across as fragile, vulnerable, indecisive and not quite sure where they’re headed or why. That rather muddies Miller’s ‘message’ (which was probably inspired by his own feelings about and experiences with Monroe), which is no bad thing. For all the (strikingly staged and shot) struggles with stallions and so on, the film consequently feels less like some sort of poetic fable about primal forces, and more like something recognisably human in scale and nature. 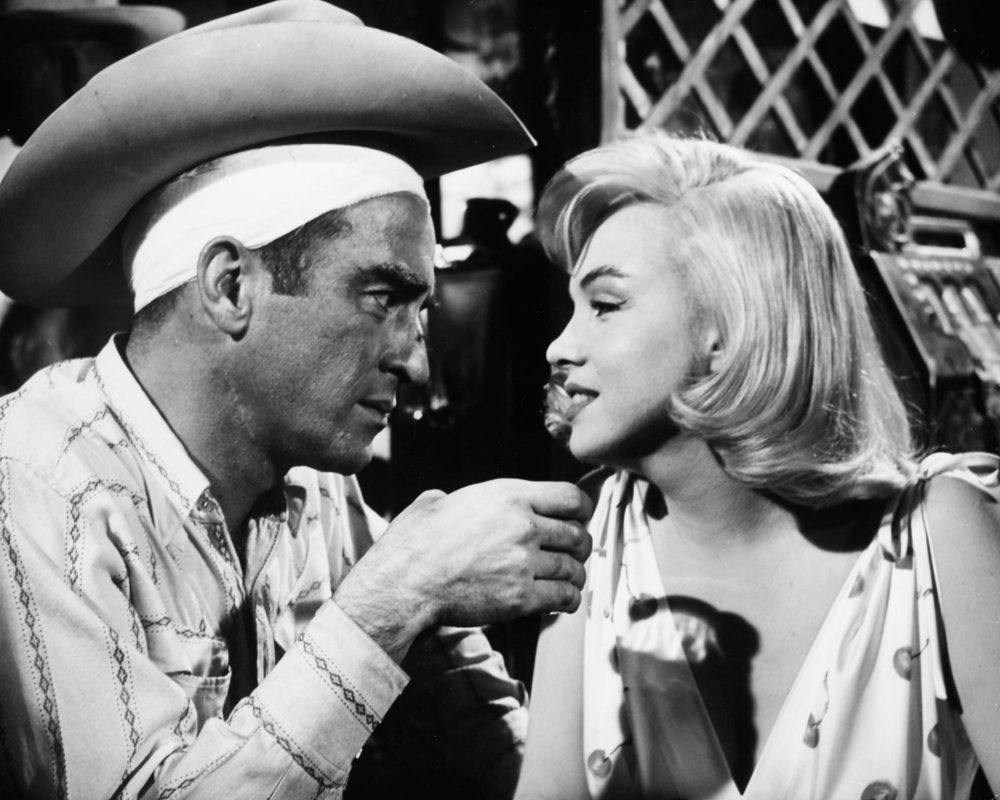 Misfits? Hardly. Aren’t these folks actually just like the rest of us, trying to get by while turning a blind eye to the inevitable? Huston may have been stewed a lot of the time during shooting, but the film has more in common with his very finest works – The Asphalt Jungle (1950), Fat City (1972) and The Dead (1987) – than might at first be apparent. In his book The American Cinema, critic Andrew Sarris famously included Huston in the ‘Less than Meets the Eye’ category of directors. I’d venture to suggest that with The Misfits, thanks in no small part to serendipity, the contrary might be the case.

Related to The film that fate helped make a classic: The Misfits