The film books I love 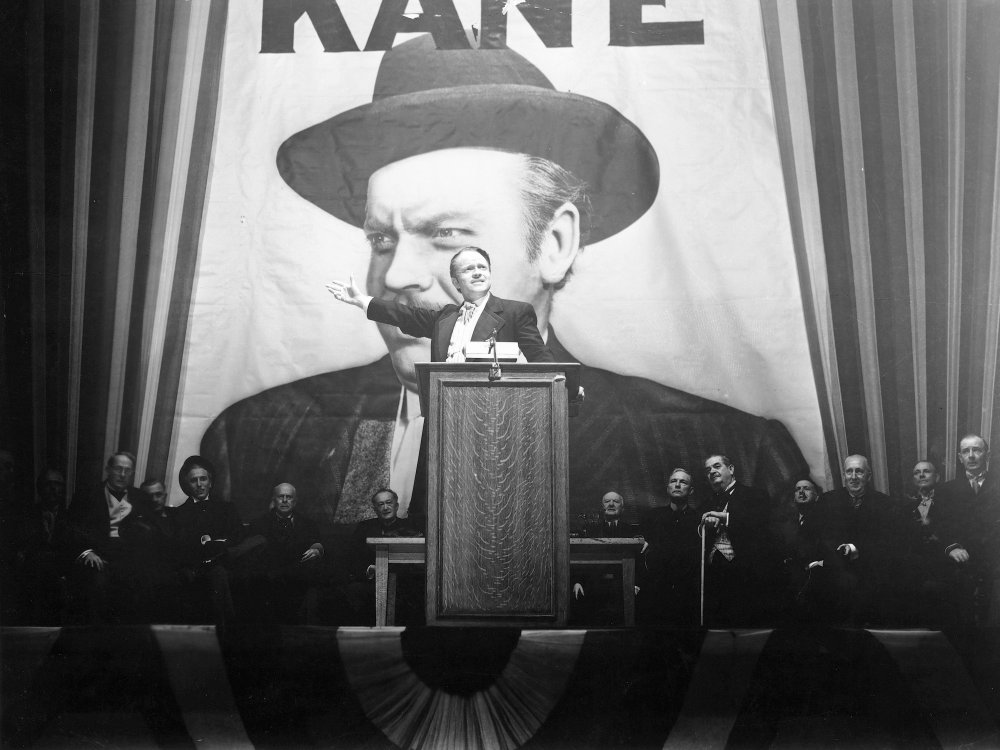 When my colleague Peter Todd, who works in the BFI Reuben Library, invited me to select a number of my favourite film books to put on display in September 2015, my immediate response was one of mild panic: there are so many books to choose from, after all, and I’ve now been around so many years that I’ve had plenty of time to read quite a few of them.

The anxiety soon subsided, since a number of key titles – most of them books I’d read when I was first seriously ‘getting into’ film – sprang very quickly to mind. Those titles helped me to find a focus in terms of what I would choose: I decided it would be best, for the most part, to select titles which helped to shape my thinking either about the cinema itself or about how to write about the cinema.

Intriguingly, the first title I absolutely knew I would choose was Peter Wollen’s Signs and Meaning in the Cinema. I’ve generally tended to be rather wary, even dismissive of most theoretical writing on the cinema, as it seldom seems to have any interest in – or relevance to – either the experience of watching a movie, or the kinds of decisions practitioners have to deal with when they write, shoot and edit films. I have always abhorred jargon, and as a student at Cambridge in the 70s I had been profoundly bemused by a series of lectures and seminars I attended given by Stephen Heath. But Signs and Meaning – which Heath had recommended we read – was and remains a model of clarity, both in thought and language, as it discusses and suggests ways of combining Eisenstein’s theory of montage, the semiotics of Christian Metz, the value of a structuralist approach to the politique des auteurs as applied to Ford and Hawks, and so forth. It was an intellectually exhilarating read (and felt like a good way to proceed from my earlier favourite book on analytical methodology, V.F. Perkins’ very useful Penguin volume Film as Film), and I was thrilled when I got to know Wollen a little soon after I came to live in London; he and Laura Mulvey were regular visitors to Portobello Road’s Electric Cinema Club, where I worked first as manager then as programmer. 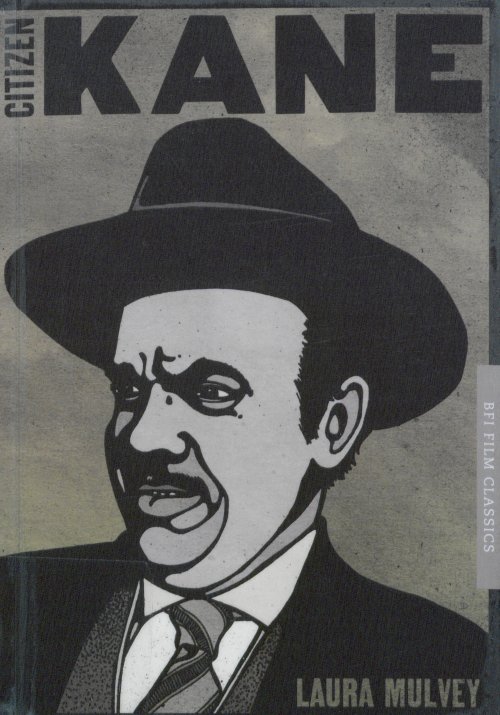 Mulvey, too, of course, is rightly renowned as a formidable thinker and writer about film, famous for her pioneering Screen essay ‘Visual Pleasure and Narrative Cinema’ – but I chose to highlight her BFI Classic on Citizen Kane. As lucid and brilliant as Wollen’s book, it manages, miraculously, to shed fresh light on Welles’ much-discussed masterpiece, and argues expertly on the political import of the film. (As it happens, Wollen, in his own superb contribution to the BFI Classics series, looked at Singin’ in the Rain from a perspective partly concerned with Gene Kelly’s political activities!). 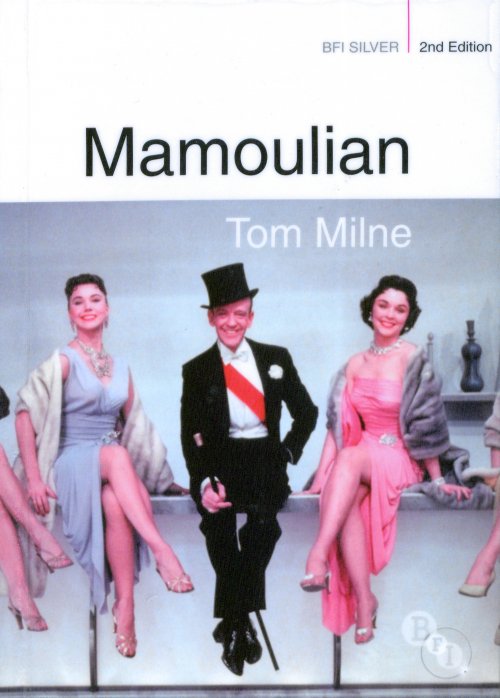 It was not only Peter and Laura whom I had the good fortune to meet: Tom Milne (whose typically elegant, erudite book on the films of the woefully underrated Rouben Mamoulian I’ve selected) was very encouraging to me when I started out as a writer at Time Out, as was Philip French (whose Westerns is a characteristically impressive blend of cinematic insight and dazzling contextualisation exhibiting his remarkable knowledge of American history, politics and culture).

I was once deeply flattered to see Philip recommend, in the Observer, my own work as a critic alongside that of Gilbert Adair – a writer I consider immeasurably more perceptive, illuminating and entertaining than myself, as my selection of his utterly wonderful film-centenary book Flickers confirms. Perhaps even more than any of the aforementioned (all of whom, rest assured, write meticulous English), Gilbert – who was also, after all, an essayist, novelist, scriptwriter and translator – displayed the wit, precision, poise and formal perfection in his writing that I treasure so highly. Happily, after we found ourselves both guests of Finland’s fabled Midnight Sun Film Festival in the late 90s, Gilbert became a friend, and his terribly sad, premature death a few years ago was a great loss not only to me personally but to film culture.

Gilbert’s essayistic approach – not to mention his admiration for Roland Barthes (whose Mythologies includes some lovely observations on Garbo, the Romans in film, etc) – has its echoes in some of the writings of Jonathan Romney – undoubtedly one of the best writers on film currently at work – and in those of Judith Williamson, whose Deadline at Dawn anthology I felt moved to choose for the library display.

I suppose one might almost say the same of the rather longer, more sustained arguments put forward by Jonathan Rosenbaum in Movie Wars and by Richard Dyer in White. The latter certainly has its theoretical side, but again a clarity of thought and language carries the day. The same, I think, is true of David Bordwell, whose game-changing book Ozu: The Poetics of Cinema is an excellent demonstration of the enormous value of close textual analysis to any kind of theory.

Close textual analysis inevitably brings to mind the Leavis approach to criticism, which in turn inevitably brings to mind Robin Wood, a writer I read a great deal when first embarking on my long journey as a cinephile. I very much enjoyed his later BFI Classic on Rio Bravo, with its improbable yet improbably persuasive discussion of the film’s homoerotic dynamics, but I eventually decided to select his influential book on Hitchcock, where his customary sensitivity to psychological and moral nuance is well to the fore. 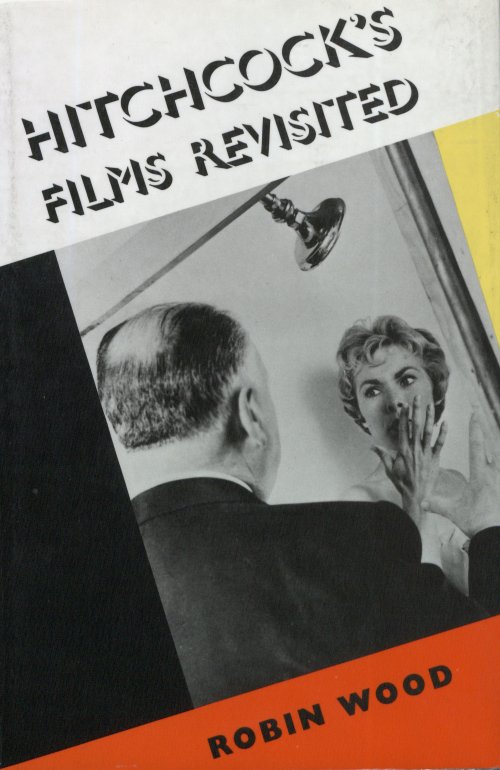 Wood’s is a very different sort of writing from that of Pauline Kael, who seemed so often to immerse herself in musings about mood and performance (she was great on the young Jeff Bridges, I seem to recall). I didn’t always get very much out of Kael’s writing (of American writers I far prefer Amy Taubin, whose excellent book on Taxi Driver is included in my selection), but she did have a nice turn of phrase and sometimes her powers of description were hugely evocative – my favourite review by Kael is probably her rave about McCabe & Mrs Miller (1971), perhaps because her writing so vividly conjures up a film I have always adored. 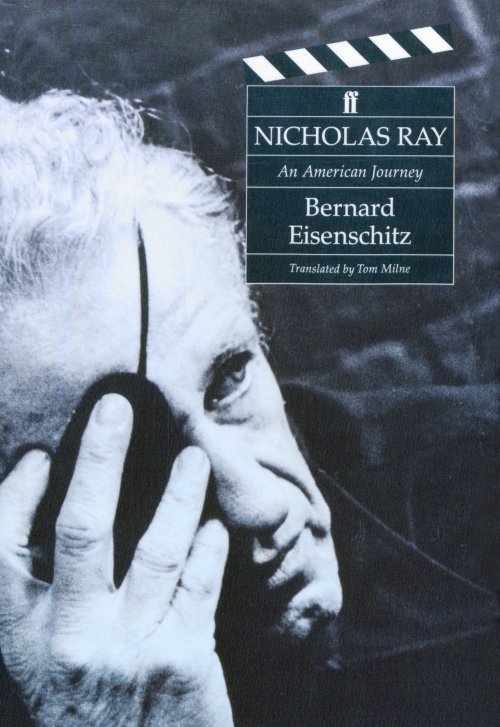 I have to confess I’m not a great one for biographies – I selected Bernard Eisenschitz’s exemplary book on Nicholas Ray mainly because I’m such a great admirer of that filmmaker, and it was written around the same time as I was writing my own critical survey of Ray’s films – and I don’t generally go overboard on books about the making of movies. Robert L Carringer’s The Making of Citizen Kane is something else, however – and not only because I love Welles’ film so much. Carringer really gets to the heart of the illusionism on which cinema depends – the magic it creates through visual and sonic trickery.

But for one of the most revealing books on the thought processes that can fuel filmmaking, you may have to brush up your French: Au dos de nos images consists of Luc Dardenne’s edited excerpts from his diaries, which chronicle his exchanges with his brother Jean-Pierre and reveal just how much a completed film may differ from the movie as it was originally conceived several years earlier. It’s a truly fascinating insight into the creativity of two of the finest filmmakers at work in the world today, and a reminder of the human dimensions – and the human concerns – of any cinema which aims to be in any way relevant to real life.