Ben Wheatley’s A Field in England, the story of a treasure hunt in rural 17th-century Britain, will be the first UK film to be released in cinemas, on DVD, on TV and video-on-demand on the same day.

A mushroom-fuelled trip into the dark heart of the English countryside, the new film from Ben Wheatley makes history on Friday 5 July when it becomes the first British film ever to be released simultaneously in cinemas nationwide, on DVD, on free TV and on video-on-demand.

A Field in England is among the first films to receive backing from the BFI Distribution Fund’s New Models strand, supporting innovative and ambitious release models that explore new ways to bring films to audiences. The film’s multi-platform release is the result of a partnership between Film4, Picturehouse Entertainment, 4DVD and Film4 channel, enabling viewers to decide how, where and when to view the film.

As with Kill List (2011) and Sightseers (2012), the films that made Wheatley’s name, it’s a film that capitalises on the primal strangeness of rural Britain. Shot in black and white, it’s the story of the fallout from an English civil war battle, which finds a group of deserters (including The League of Gentlemen’s Reece Shearsmith) hunting for a hidden treasure amid the rolling landscape. 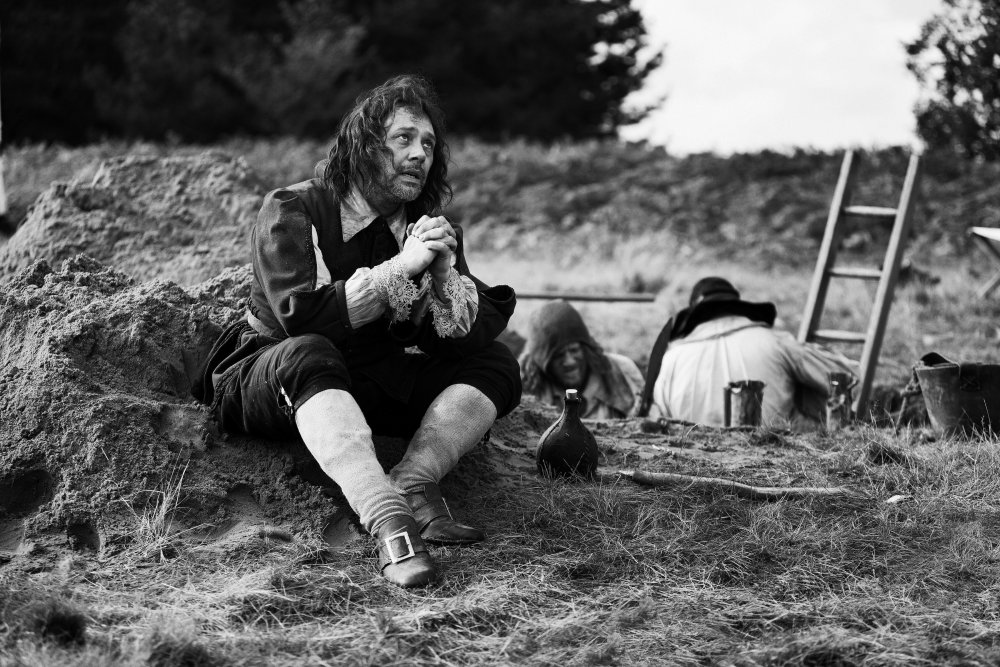 A period movie with mystical overtones and psychotropic effects, A Field in England is a unique, typically idiosyncratic project for Wheatley, which the simultaneous media-wide release aims to make available to as many people as possible from release day onwards – with digital, television and home video ensuring accessibility beyond urban centres and to viewers who typically prefer watching films at home.

Each platform will bring different benefits: cinema viewers on 5 July can enjoy a satellite Q&A with Wheatley and the cast (hosted at London’s Ritzy Brixton); DVD viewers can dive into various extra features; Film4 is broadcasting the film with an introduction and interview with the director; while on VoD viewers can catch up with A Field in England at their leisure.

“This is a fantastic opportunity to support a unique and exciting distribution model,” says Katie Ellen from the BFI Distribution Fund, “which for the first time will offer all UK audiences the opportunity to see the latest Ben Wheatley project on the day of its release, no matter how they like to watch films – be it in cinemas, on DVD/Blu-Ray, on television or through VoD.”

She continues: “New Models distribution funding supports innovative ways of connecting the widest possible audience with great British and specialised films, and we are pleased to work with such strong partners to make this release a success.” 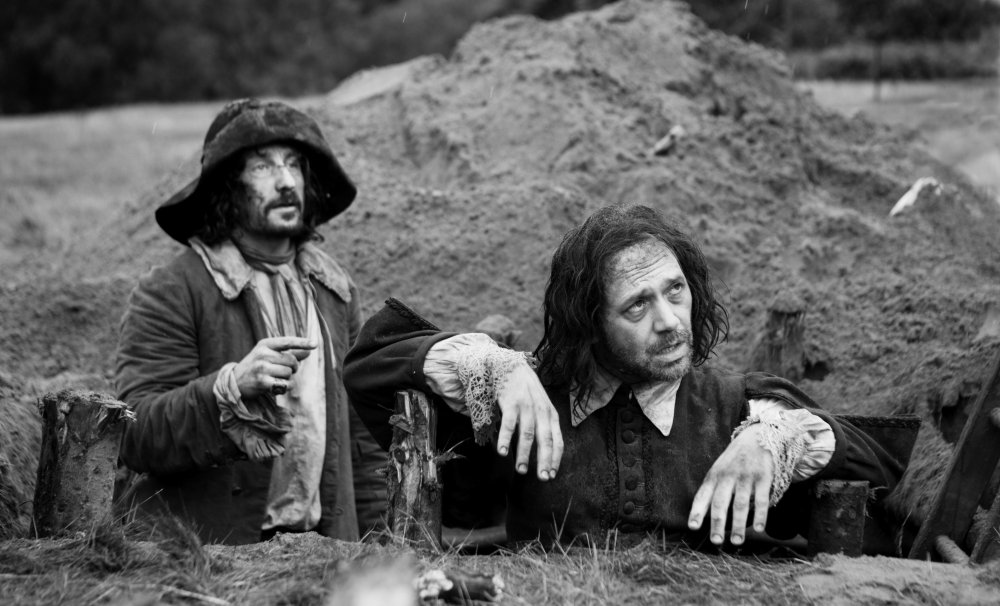 Launched in January this year as part of its remodelled Distribution Fund, the BFI’s New Models strand recognises the challenges for independent distributors in a changing marketplace. Many big cinema chains insist upon an exclusive 17-week window for all new film releases, which means the film can only be seen in cinemas during that period and cannot be made available through any other platforms. But independent exhibitors are finding new ways to respond to shifting public viewing habits, including building audiences through adventurous marketing campaigns or cross-media releases.

The BFI will soon be releasing data from some of the first films backed by the New Models fund, including chamber music drama A Late Quartet on which distributor Artificial Eye teamed up with Sky to experiment with a same-day cinema release and pay-per-view broadcast. Noah Baumbach’s forthcoming Frances Ha is also a beneficiary, with Metrodome hoping to capitalise on positive word of mouth with an extensive raft of nationwide preview screenings. 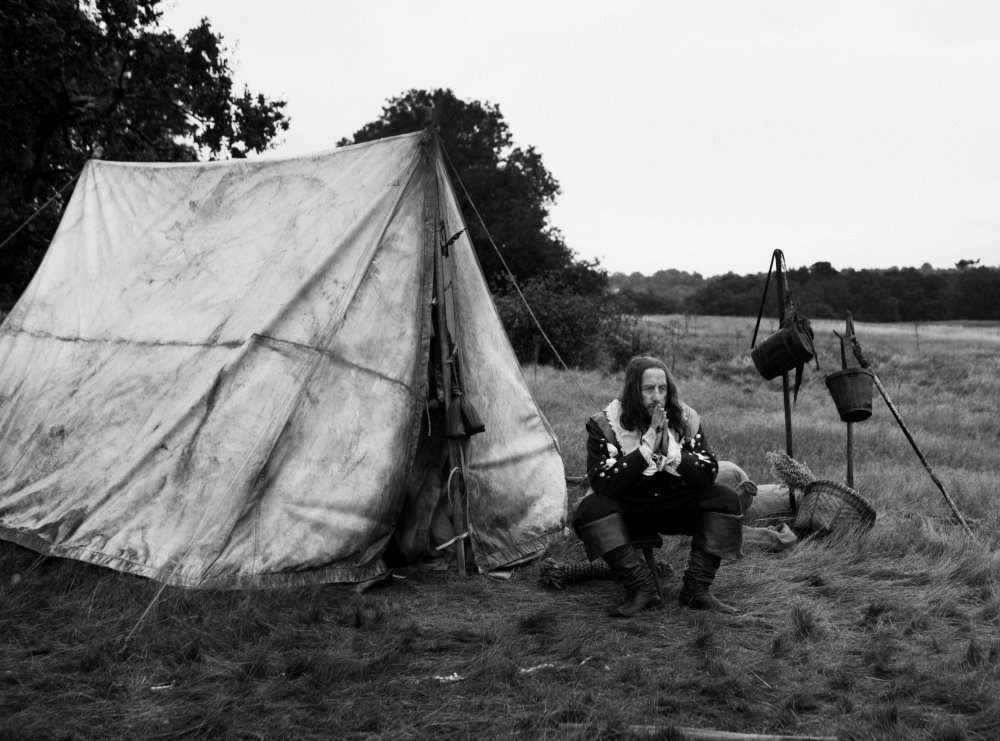 The ambitious strategy for A Field in England also includes an extensive website detailing the production of the film, providing a digital masterclass in filmmaking via videos and features on all aspects of the film’s shooting, editing and post-production. Meanwhile, the release campaign will unfold over the summer with screenings planned in fields across the country.

“Ben is undoubtedly one of our boldest, brightest and most audience savvy filmmakers,” comments Sue Bruce-Smith at Film4, “so it made complete sense to look to develop a project with him that would lend itself to this kind of daring and innovative release.”

“We have tried to innovate with this film, in production and distribution,” says Wheatley. “I’m very proud of the results and look forward to sharing the film with the audience.”