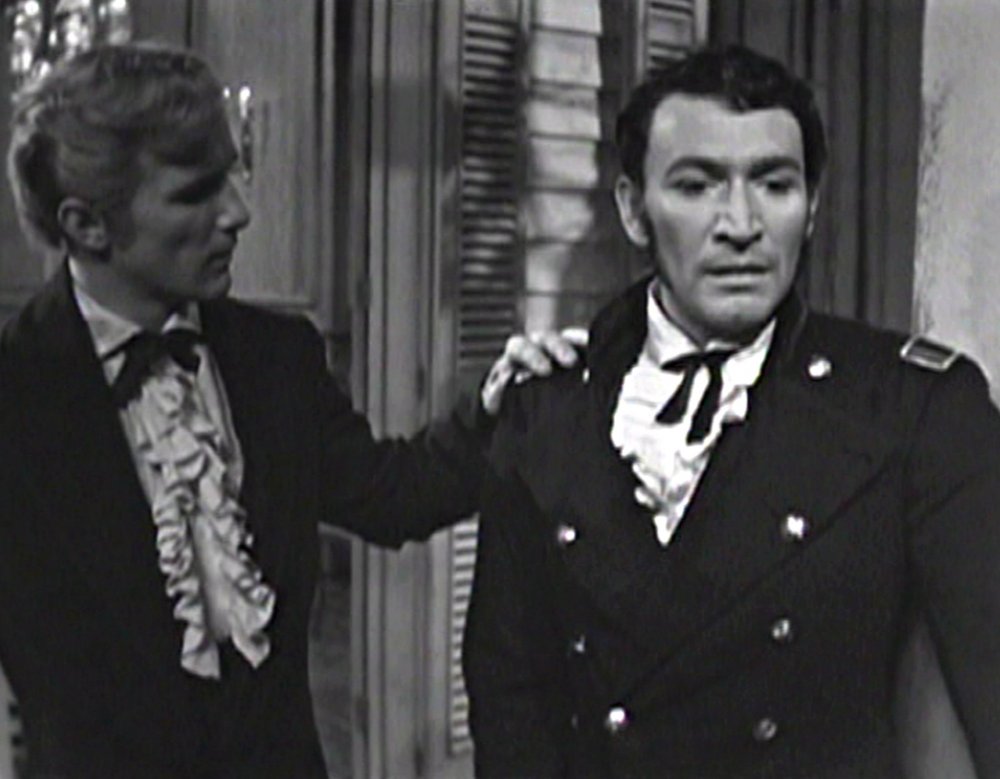 As war clouds gather, Wicziewsky’s initial arrogance gives way to emotional disintegration when the arrival of Eric MacClure (Graydon Gould) forces him to face up to his darkest secret: his love for another man.

Director Mario Prizek, who died in 2012, enjoyed an illustrious career with the CBC in Canada; he was openly gay and championed equal rights. He worked on several television plays in the UK, directing Roger Livesey in Governor Wall and Maggie Smith in Penelope for Granada (both 1960); he also produced and directed an entry in the BBC’s Wednesday Play strand, First Love (1964).

Large swathes of TV output from the 1950s and early 60s no longer exist, as it was often broadcast live and not recorded for posterity, or was later wiped. Prizek’s British work was among the casualties, but fortunately South is preserved in the BFI National Archive.

Film historian Stephen Bourne identifies South as the earliest surviving gay-themed British television drama. In 1957 the Wolfenden Report recommended that “homosexual behaviour between consenting adults in private should no longer be a criminal offence”, but the law would not see concrete change for another decade. In 1959 the subject was still all but verboten on the small screen, though British cinema would take a leap of faith with Victim in 1961.

Wyngarde’s performance as the tortured Jan is extraordinary, by turns theatrical and reflective. Though producers were unable to mention homosexuality explicitly, the bravery involved in accepting such a role cannot be overstated. The wonderful supporting cast includes Hollywood veteran Bessie Love as a worldly Southern matriarch, and pioneering black British actor Johnny Sekka (South has much to say on race as well as sexuality).

In 1959 a reporter for the Daily Sketch wrote:

I do NOT see anything attractive in the agonies and ecstasies of a pervert, especially in close-up in my sitting room. This is not prudishness. There are some indecencies in life that are best left covered up.