It ain’t over till the fat lady sings: What musicals get right about fat women

There’s a long way to go in the positive portrayal of fat women on screen, but one genre is unexpectedly leading the way, says Grace Barber-Plentie. 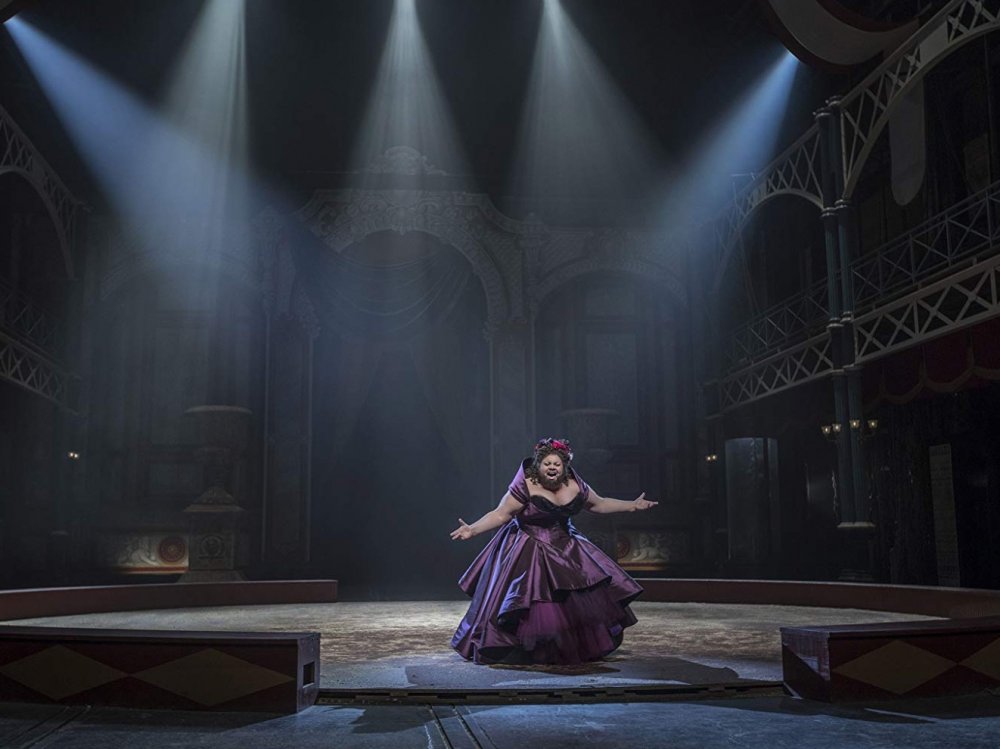 While progress is slowly being made, thanks to the work of actors like Melissa McCarthy and films like Netflix’s Dumplin’ (2018), positive depictions of fat women in cinema, even this far into the 21st century, are sadly limited. For every thoughtful portrayal of a larger woman, there’s a film starring Tyler Perry or Marlon Wayans dressed in a fat suit. While representations of other marginalised identities are vastly improving, here there’s some way to go.

However, one genre that’s been an unexpected place for progress is the musical. Just take P.T. Barnum biopic The Greatest Showman (2017). Along with La La Land (2016), it’s one of the films that has helped revitalise the song-and-dance movie, and you couldn’t go anywhere last year without hearing its breakthrough song, ‘This Is Me’.

And the song in question? Sung by a fat woman: Keala Settle. Although The Greatest Showman does address the ‘otherness’ of Settle’s character – she’s Lettie Lutz, the bearded woman in Barnum’s circus – at no point is her weight made an issue. A fat woman is allowed to sing the defining song of a major musical, and it’s no big deal.

Although Settle’s film resumé is short, musical theatre fans will know that she’s played roles in some of the most popular shows on Broadway, including what many consider the defining role in musicals for fat women – Tracy Turnblad in Hairspray. Originally a cult 1988 John Waters film, Hairspray was adapted into a Tony-winning musical in 2002, before becoming a fully-fledged musical film in 2007. 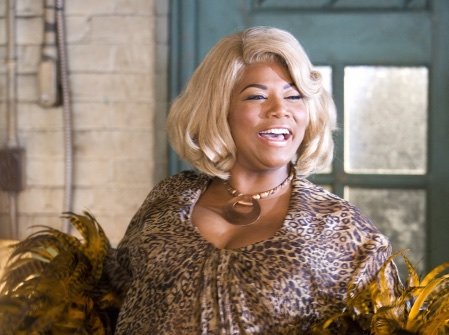 Waters’ original may be one of the more tame films by the ‘Pope of Trash’, but it tackles a number of serious issues – race, class and weight discrimination – through the story of Tracy, a fat girl in 1960s Baltimore whose dream is to dance on The Corny Collins Show. And these issues become even more heightened in the 2007 film via musical numbers. It’s well-known that musicals are a genre of high emotions – when there’s no other possible way for emotion to be expressed with words, the only way to express it is through song and dance.

So in Hairspray the film’s fat characters (Tracy, played by Nikki Blonsky, and Motormouth Maybelle, played by Queen Latifah) can express their deepest desires and emotions through song. Tracy’s awareness of her fatness doesn’t stop her from lusting over Zac Efron’s Link Larkin, and in ‘I Can Hear the Bells’ she imagines a future where they are together: “Everybody warns that he won’t like what he’ll see/but I know that he’ll look inside of me.” And, unsurprisingly given her vocal prowess, Latifah sings the film’s most show-stopping numbers: the rousing ‘I Know Where I’ve Been’, at a pro-integration rally, and the ode to food and fatness ‘Big, Blonde, and Beautiful’.

As if it wasn’t powerful enough to have fat women singing about their inner emotions, Hairspray is a film in which they are allowed to support and validate each others’ appearances and nurture each other through their actions and through song. 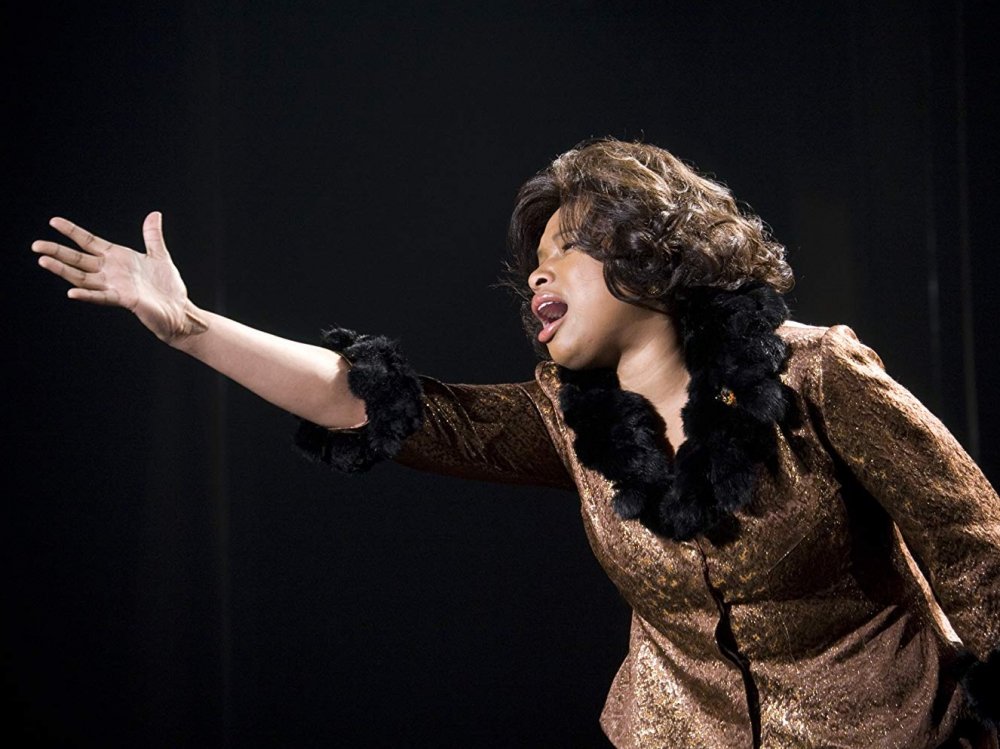 If Tracy Turnblad is considered the defining role for fat white women in musicals, then Effie White in Dreamgirls (2006) is surely her black counterpart. Jennifer Hudson was awarded an Oscar (for best supporting actress though, a true crime considering she’s essentially the main character in the film) for this role of the powerhouse singer who’s forced out of her Supremes-esque band The Dreamettes after she’s replaced as their lead singer by the more ‘palatable’ (because skinny) Deena, played by Beyoncé Knowles.

Hudson is utterly mesmerising in the film, and her performance of ‘And I Am Telling You I’m Not Going’, an urgent plea for her partner not to leave her, deserves a spot alongside the most iconic numbers by Gene Kelly and Judy Garland in the musical hall of fame. As in Hairspray, the song gives Effie the chance to express her interior emotions – although this works both ways, and other characters can sing out their thoughts too, notably her partner Curtis (Jamie Foxx), who delivers the line “You’ve been late/you’ve been mean/and getting fatter all the time” with true venom as he kicks Effie out of the band.

While both these films offer nuanced depictions of fat women, neither playing their characters’ weight for laughs, both Tracy and Effie are still forced to prove themselves. They must change the minds of those that think that just because they’re fat, they shouldn’t be allowed to share what they love – singing and dancing – with the world. At the end of these films, Tracy and Effie do triumph, but they’re thwarted numerous times by people who see only their fatness and don’t want them to succeed. 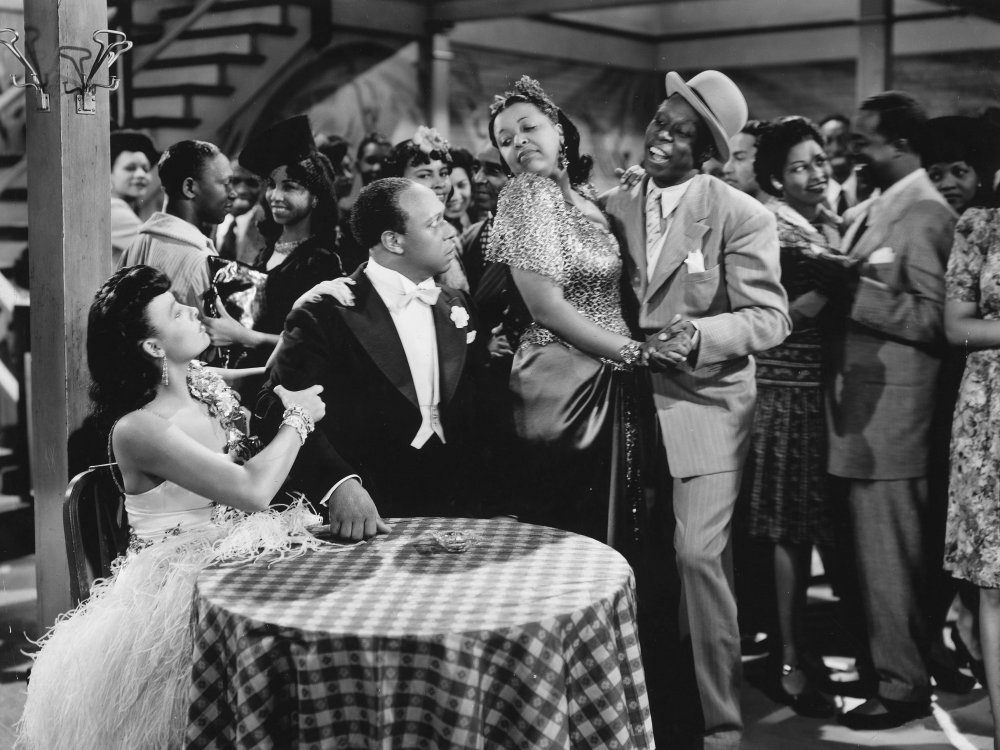 There are also much earlier examples of film musicals giving fat women their dues. Take Ethel Waters in the MGM musical Cabin in the Sky (1943). Waters plays Petunia, the loving wife of ‘Little Joe’, a gambler and adulterer attempting to live a pure life but tempted into sin by Lena Horne’s seductive gold-digger Georgia Brown.

Just as in Dreamgirls, the fat female character’s man is tempted away by a skinnier, more ‘acceptable’ woman. And while Petunia could easily be made into a joke, the fat wife abandoned by her husband and moping around, instead Waters imbues the character with soul and depth. Indeed, in the film’s final act, she turns the tables as Petunia tries to play Joe at his own game, by showing up at the juke joint he frequents, cavorting just as well as her husband.

Coming across this character in a film more than 75 years old is a revelation. This is a fat woman who’s allowed to go through a spectrum of emotions as a human and not just a fat person. Waters was not alone, either: if you’re able to find them, it’s well worth checking out the sadly limited filmography of June Richmond, who starred in a number of black musicals, such as Ebony Parade (1947), as well as performing a number in the 1944 Ann Miller vehicle Carolina Blues.

It’s not just on the big screen that musicals have led the way in interesting depictions of fat women over the years. Popular musical TV shows such as Glee (2009-15) and Crazy Ex-Girlfriend (2015-19) have also offered their share of positive representations. While constantly overlooked in favour of Lea Michele’s Rachel Berry, Amber Riley’s character in Glee, Mercedes Jones, is allowed a full character arc, complete with close friends, romantic interests and creative success. The show’s final episode sees her about to support Beyoncé on tour. 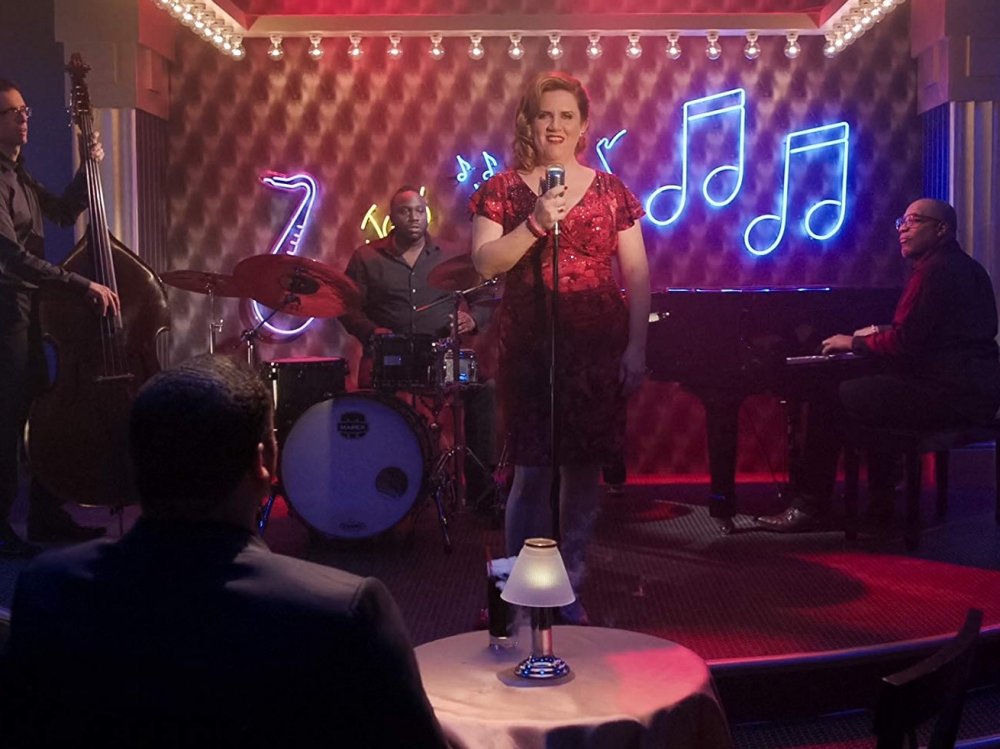 And Crazy Ex-Girlfriend’s Paula Proctor (Donna Lynne Champlin) is one of the most interesting TV characters in recent memory. A tonic to male antiheroes, Paula is deeply flawed. She’d much rather spend her time living vicariously through her friend Rebecca’s lovelife than dealing with the reality of raising her children. But she’s extremely passionate about her job, her family and her friends, and delivers an array of astounding musical performances (a highlight is the Gypsy-homaging ‘After Everything I’ve Done for You…’).

Even when she faces health problems in the show, this is due to her unhealthy dedication to her career as a lawyer, rather than her weight. Paula is simply too nuanced a character to have something as superficial as the way she looks come into it.

What makes these characters and performances worth celebrating is that, outside the glorious bubble of musicals, other genres still have a long way to go. They’re proof that while song-and-dance movies are so often considered a conservative form, in this arena they’re way out ahead. The fat lady is singing on screen. Let’s see what else she can do.