Where to begin with mumblecore

Your next obsession: the awkward, lo-fi world of mumblecore. 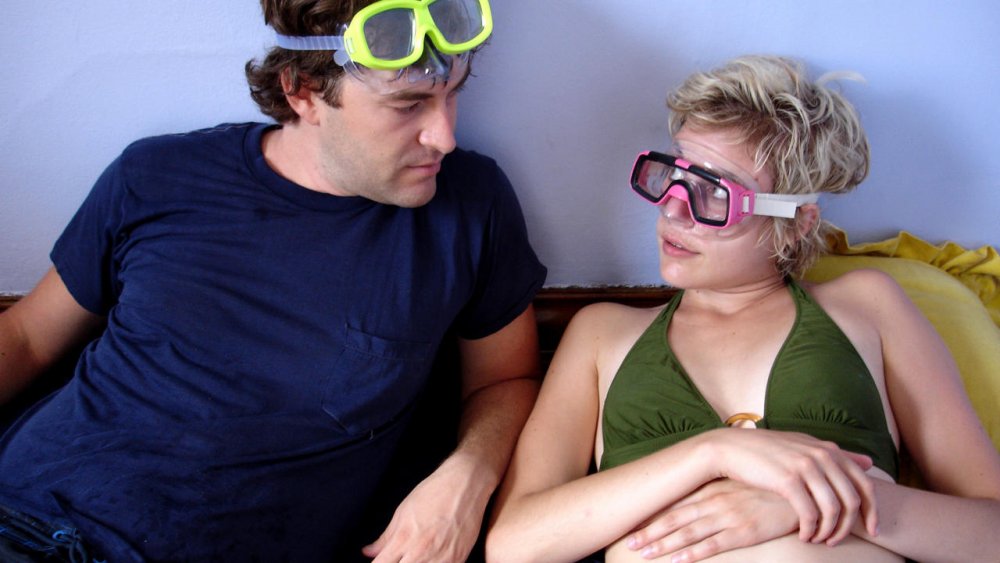 It’s widely accepted that the term ‘mumblecore’ was coined at the 2005 South by Southwest film festival by Eric Masunaga, sound mixer for the then-emerging American indie director Andrew Bujalski. In an interview later that year with indieWIRE, Bujalski explained “there was some talk there of a ‘movement’ just because there were a bunch of performance-based films by young quasi-idealists”. Alongside his own Mutual Appreciation, the festival had played host to the premieres of Jay and Mark Duplass’s The Puffy Chair and Joe Swanberg’s Kissing on the Mouth. 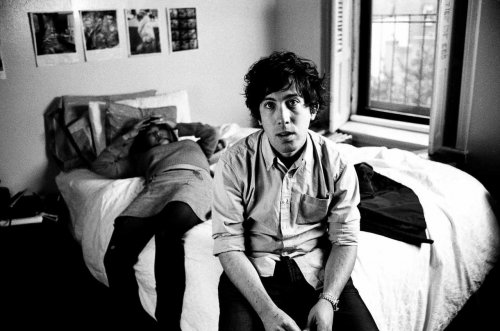 Aside from their minuscule budgets and low-to-non-existent production values, the films shared a wry and self-conscious interest in the everyday trials and tribulations of young Americans struggling to come to terms with the often dispiriting realities of adulthood. As the first wave of mumblecore films began to generate buzz online and at film festivals, a veritable slew of imitators followed in their wake, aided and abetted by the fact that rapid advances in affordable digital technology had suddenly made DIY moviemaking feasible for anyone determined enough to give it a shot. As director Aaron Katz (Dance Party USA, Quiet City) said: “This is the first time… that someone like me can go out and make a film with no money and no connections.”

But almost as soon as mumblecore became a known entity, a backlash began. The term quickly became synonymous with smug hipsterism, suggestive of endless, self-indulgent navel-gazing from characters who were almost invariably white, straight and middle-class. Meanwhile the filmmakers were keen to distance themselves from a label they found reductive and essentially meaningless – Joe Swanberg is often quoted as having complained: “It was an obnoxious name nobody liked and it was meant to be a joke, but we haven’t been able to get rid of it.”

If you’ve yet to acquaint yourself with this movement that never really was, then, you’d be forgiven for a lack of enthusiasm. But mumblecore’s somewhat tarnished reputation is unjustified – after all, it launched the careers of some of the most vital and distinctive voices in contemporary American independent cinema. And while the low barrier to entry for making a mumblecore film inevitably means that some haven’t exactly stood the test of time, others deserve consideration alongside the work of prior lo-fi indie masters such as John Cassavetes, John Sayles and Richard Linklater. 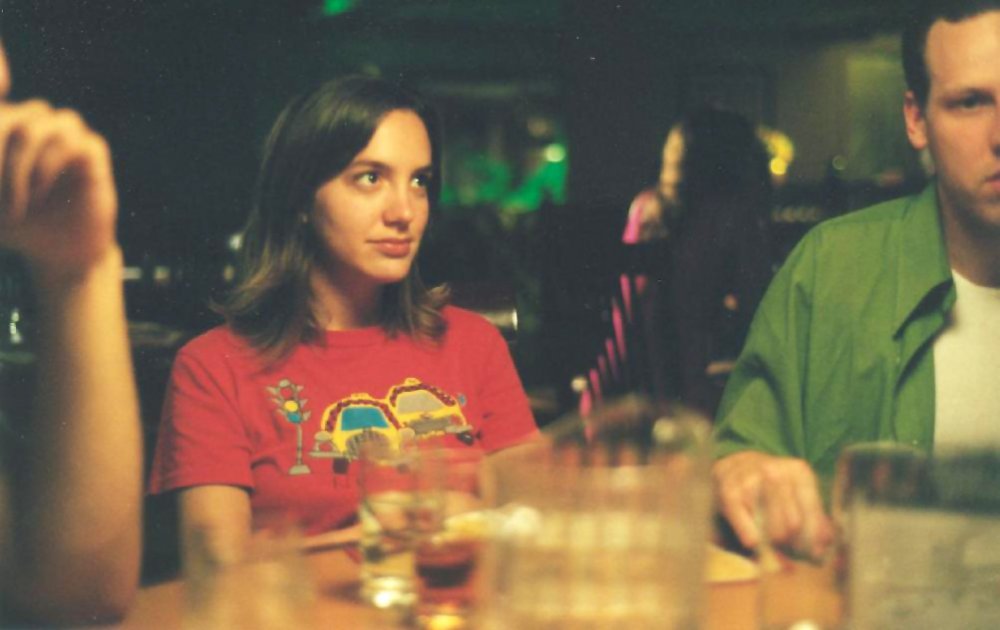 The first mumblecore movie, 2002’s Funny Ha Ha, also holds up as one of the finest, so there’s really no better place to start. Andrew Bujalski’s understated game-changer of a debut will strike a chord with anyone who remembers falling off the edge of the education conveyor belt into the real world, without the faintest idea of how to go about navigating it. Bujalski cast his friend and roommate Kate Dollenmayer as Marnie, a recent graduate who can usually be found quietly pining for her friend Alex (Christian Rudder), somewhat oblivious to the fact that most of her other male acquaintances are lusting after her.

Push on past the decidedly amateurish opening scene, in which a tipsy Marnie visits a tattoo parlour that looks suspiciously like a student’s bedroom, and you’ll be rewarded with a painfully acute portrait of a conflicted soul taking those terrifying tentative first steps towards adulthood.

The film perfectly captures the uniquely soul-crushing experience of office temping, and Bujalski proves a magnetic screen presence as Marnie’s endearingly awkward colleague and admirer Mitchell. Showing utter disregard for movie dialogue conventions, the characters self-consciously stutter their way through everyday encounters, desperate to avoid offending one another, yet lacking the poise and social skills to successfully mask their true fears and desires. It was all carefully scripted by Bujalski, and shot on 16mm, offering an immediate rebuttal to the notion of mumblecore as a bunch of kids making it up as they go along in front of digital home movie cameras.

Joe Swanberg’s Hannah Takes the Stairs (2007) is arguably the defining mumblecore film, both for better and worse. It’s best known for launching the career of arthouse poster girl Greta Gerwig, who stars and co-writes, but with Andrew Bujalski, Mark Duplass and Ry Russo-Young (You Won’t Miss Me, Nobody Walks) all co-starring, it’s essentially the sub-genre’s answer to Ocean’s 11. Yet while many were charmed by Gerwig’s star-making turn, others were turned off by what they perceived as the film’s air of affected quirkiness. 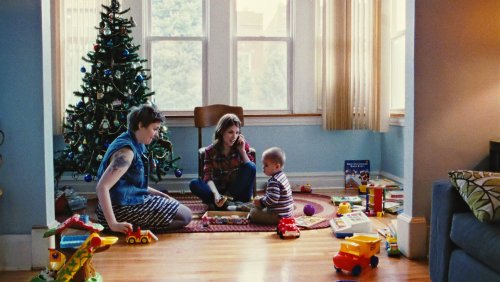 Swanberg is a veritable one-man film industry. Since 2005’s Kissing on the Mouth, he’s directed an incredible 16 further features. If you’re looking for an accessible introduction to his work, you could do far worse than Happy Christmas (2014). While his well-received 2013 comedy drama Drinking Buddies looked like a move towards the mainstream, this follow-up was shot in the filmmaker’s own Chicago house, on an estimated budget of $70,000, and as such feels like a return to his mumblecore roots – if you’re willing to overlook the presence of stars Anna Kendrick and Lena Dunham.

Like his earlier films, the focus is on a dysfunctional mid-twentysomething, in this instance the reckless, hard-drinking Jenny (Kendrick), who retreats to her brother’s family home for the festive season following a messy break-up. Kendrick positively revels in demolishing the squeaky-clean image she’s acquired through films like Pitch Perfect (2012), slobbing out in her brother’s basement, heavily self-medicating with weed and alcohol, and generally behaving like a nightmare house guest. But as she begins to make a touchingly convincing connection with her disapproving sister-in-law, the film reveals itself as the work of an altogether wiser, more mature filmmaker than the restless young provocateur behind Hannah Takes the Stairs. 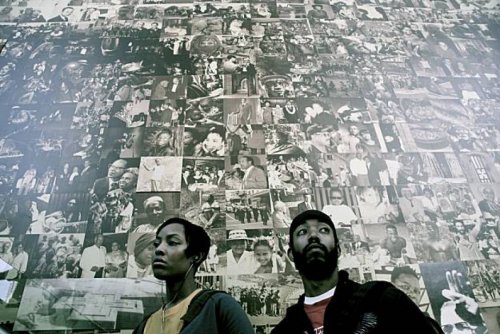 Mumblecore has acquired a dubious reputation as a white boy’s club, but some of the finest entries in the canon come from filmmakers who fall outside of this demographic. Lynn Shelton’s Humpday (2009) is a fiercely astute, frequently hilarious riff on the ‘bromantic’ comedy sub-genre that rose to prominence alongside mumblecore in the mid-2000s. Mark Duplass and Joshua Leonard play Ben and Andrew, straight best friends who make a drunken pact to film themselves having sex for a local amateur porn festival. For reasons that neither seem able to fully articulate, they wake up the next morning hungover and embarrassed, but determined to make good on their agreement. The sequence in which this news is broken to Ben’s wife Anna (Alycia Delmore) is squirm-inducingly funny, but the film swiftly and deftly moves into more emotional territory, as the couple are forced to question the extent to which their relationship is founded on deception and concealment.

“Everything about being indie is tied to not being black”, proclaims Micah (Wyatt Cenac) in Barry Jenkins’ Medicine for Melancholy (2008). The film is a deftly observed tale of a one-night stand between two African American hipsters in San Francisco, who are both acutely aware of their status as a minority within a minority. As Micah and Joanne (Tracey Heggins) spend an aimless, hungover day wandering around their city, they ruminate on issues of race, urban gentrification, and cultural assimilation, in a manner that might sound heavy-handed on paper, but which in Jenkins’ hands feels completely naturalistic. 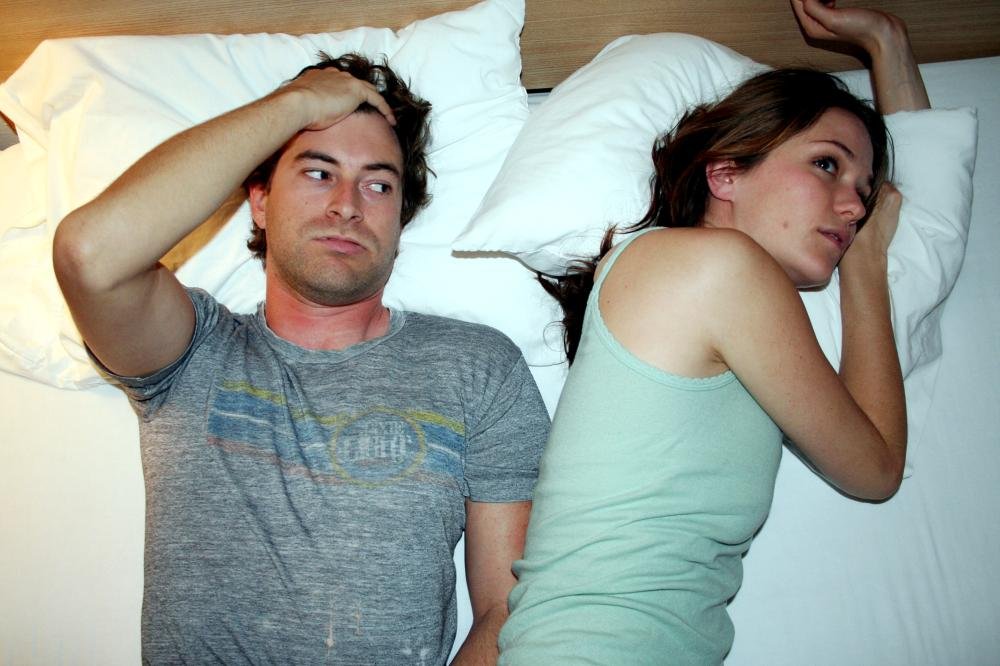 The Duplass brothers, recently hailed by Wired as “an unlikely Hollywood juggernaut”, made the leap from mumblecore to mainstream in a manner that seems almost effortless. As directors, they’ve worked with the likes of John C. Reilly, Catherine Keener, Marisa Tomei, Jonah Hill and Jason Segel, while younger sibling Mark has carved out an impressively prolific and eclectic side career as an actor, popping up in films as diverse as Zero Dark Thirty (2012) and Tammy (2014).

You might be tempted, therefore, to kick off your mumblecore marathon with the film that launched the brothers down the path towards world domination, their cult debut The Puffy Chair. But you’re advised to proceed with caution. While this fitfully amusing road movie is peppered with moments of piercing insight, it’s fatally undermined by its jaw-droppingly condescending treatment of its female protagonist. Emily is every commitment-phobic man-child’s worst nightmare – desperately needy, emotionally volatile, tediously humourless, and transparently manipulative. It would be easy to imagine that the character was created as a bitter act of revenge on an ex-girlfriend, if it weren’t for the fact that she’s played by Mark’s partner, Katie Aselton, and indeed that he plays the lead role of her boyfriend Josh.

In terms of other unsuitable starting-out points, Swanberg’s 2011 ‘Full Moon’ trilogy – Silver Bullets, Art History and The Zone – is a metafictional meditation on the director’s early career, and on criticisms levelled both at his work and at mumblecore more broadly. As such, the films probably shouldn’t be tackled until you’ve got at least a few of the above recommendations under your belt.

Related to Where to begin with mumblecore