Where to begin with Whit Stillman

Your next obsession: Whit Stillman’s wondrously witty comedies of manners. 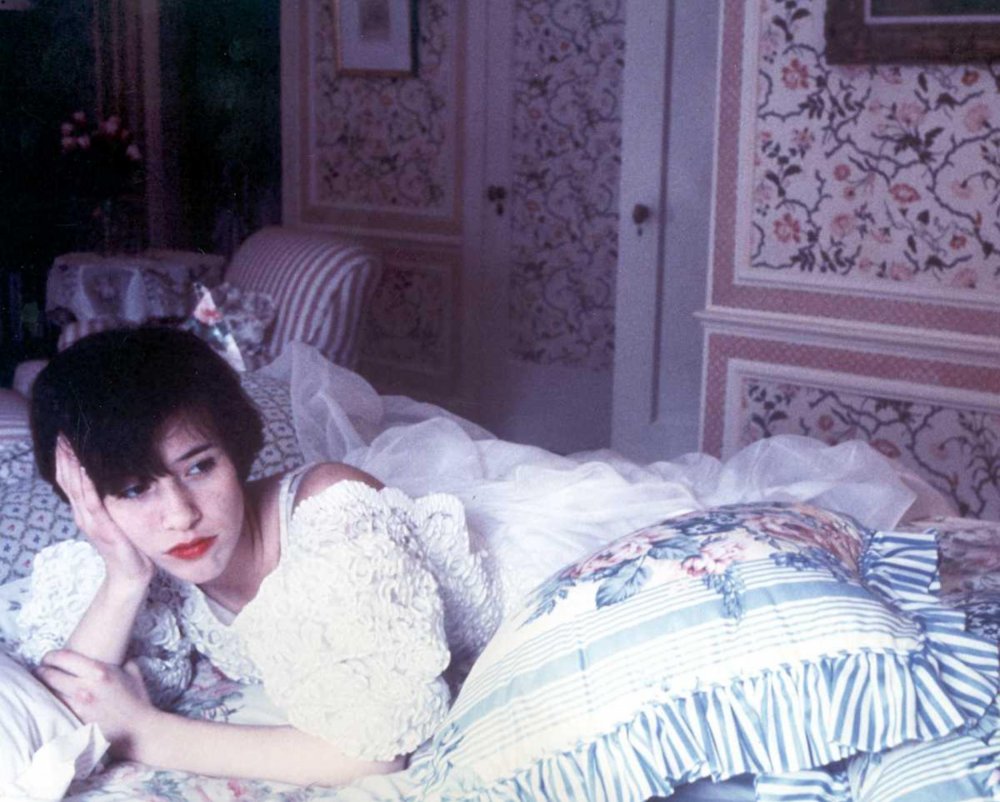 Whit Stillman writes comedies of manners. He also writes comedies that are mannered, which is why he might not be the easiest filmmaker to get into. Stillman’s body of work is slim, but rich with personality. All five of his feature films as well as the Amazon TV pilot included here are concerned with class (the aspiring middle, that is), and coloured by an erudite verbosity. It might take some time for the unacquainted to get used to the cadences of Stillman’s writing – and the less patient viewer might find his highly stylised turns of phrase affected. Still, there is an energy that enlivens the wordy way Stillman’s characters speak – a pleasing buoyancy that differentiates them from Wes Anderson’s tightly-framed monotones or the listlessness of Noah Baumbach’s inward-looking urbanites (two directors to which he is often compared). In fact, Stillman regular Chris Eigeman appeared in Baumbach’s first film, Kicking and Screaming (1995). 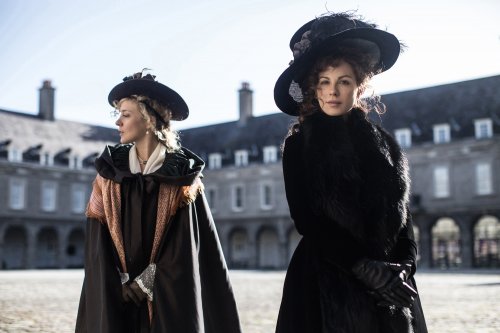 Stillman studied history at Harvard University, so it isn’t entirely surprising that his films take on social mores past by way of period pieces set in Cold War-era Spain (Barcelona), disco’s dying days circa the early 80s (The Last Days of Disco) and, most recently, Regency period England (Love & Friendship). Even those that take place in present day – like Damsels in Distress and The Cosmopolitans – feature debonair young men and women characterised by their attention to social structures.

In their obsession with rules and regulations – and the way they fetishise continental European culture – Stillman’s films express an anxiety about American-ness. There is a detectable trace of embarrassment about the country’s young history, which is possibly why his characters cling to tradition in its varying guises. It would be fair to note the overwhelming whiteness of Stillman’s milieu, though it’s worth pointing out that his is an eccentric bourgeoisie stable that is never presented as the all-American default. (And, perhaps not for lack of trying – Stillman wrote a script set in Jamaica in the 1960s that never went into production.)

The best place to start – The Last Days of Disco

The Last Days of Disco (1998) is Stillman’s third film, and the final instalment of a loosely connected trilogy about American twentysomethings at home and abroad, referred to affectionately and informally by Stillman himself as his ‘Doomed Bourgeois in Love’ series. Alice (Chloe Sevigny) and Charlotte (Kate Beckinsale) are fresh out of college and trying to make the most of New York’s fast-fading disco scene – poorly paid office jobs, crappy shoebox apartments and bumbling boyfriends notwithstanding. If Stillman’s men are rakish, well intentioned and self-absorbed, his women are just as endearingly flawed; Disco’s bitchy twosome is glamorous and entitled and rightfully cynical. 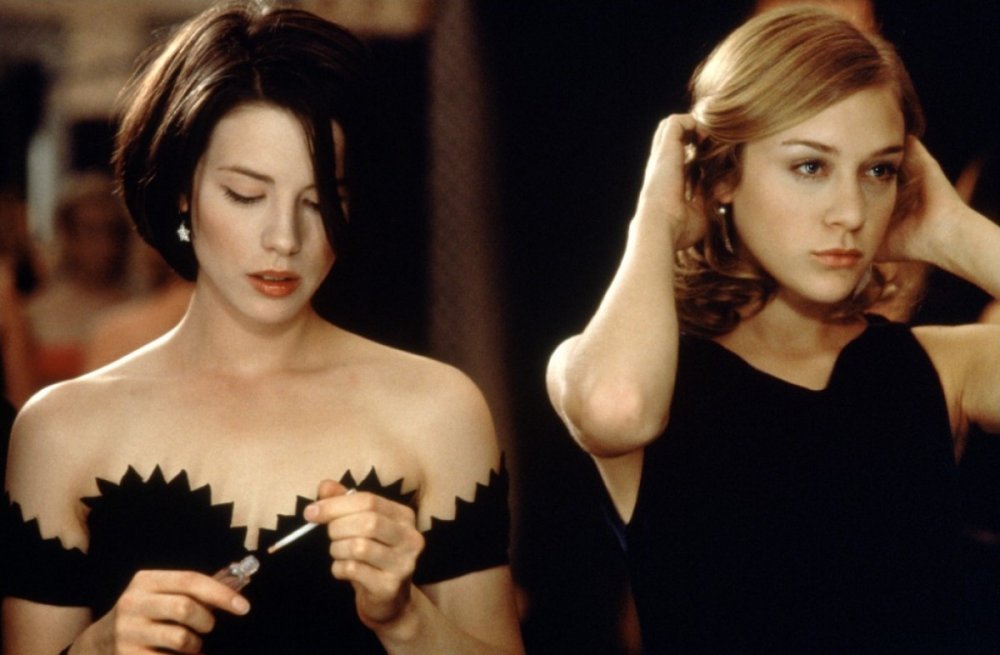 While it isn’t proper – or Stillmanesque – to eschew order, it’s worth skipping ahead and starting with the film that is his most accessible. That’s not to say The Last Days of Disco is light on Stillmanisms – from its quotable dialogue (“I wish we were yuppies; young, upwardly mobile, professional – those are good things, not bad things!”) to its playful use of pop music.

Metropolitan (1990) – Stillman’s debut – isn’t quite as light on its feet; the jokes are denser, the story wedged more firmly in the preppy, pseudo-intellectual world of Ivy League Upper East Siders (these Princetonians refer to themselves as the “Sally Fowler Rat Pack”). Tom Townsend (Edward Clements) does his best to mix with his moneyed classmates over Christmas break, but his rented tuxedo and moral aversion to taxis begin to give away his cash-strapped status. The film rolls its eyes at the bridge-playing “Urban Haute Bourgeoisie (UHB)” at its centre, but it’s all in good humour. It also contains the classic non-reader’s riposte: “I don’t read novels. I prefer good literary criticism. That way you get both the novelists’ ideas as well as the critics’ thinking.” 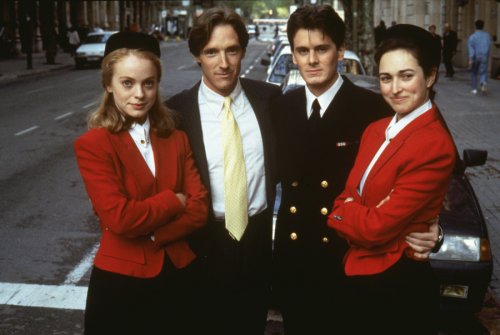 Barcelona (1994) is most generous and openhearted of Stillman’s films (though UK viewers may have to import the DVD via the Criterion label). When louche naval officer Fred (Chris Eigeman) decides to visit his uptight but sweet-natured cousin Ted (Taylor Nichols) in Barcelona, he finds himself so taken by the Spanish way of life that he decides to stay. The chalk-and-cheese cousins debate everything from female beauty to fascism to the correct way to shave with naive enthusiasm, pushing one another’s buttons with sibling-like precision.

His recent adaptation of Jane Austen’s posthumously published novella Lady Susan is also excellent. Love & Friendship (2016) follows the foibles of its wolfish antiheroine Lady Susan (Kate Beckinsale), a scheming widow and “the most accomplished flirt in all of England”. With no money or home to call her own, she takes to task her rich friends – squeezing their hospitality then skewering them with sharp-tongued barbs behind their backs. Stillman channels Austen’s cattiness with hilarious results – and it’s thrilling to see Beckinsale and Sevigny (who plays Lady Susan’s gossipy best friend) reunited on-screen after 18 years apart.

The Greta Gerwig-starring Damsels in Distress (2011) is more of an acquired taste. A campus comedy about a girl gang who warn one another against “playboys and operators” while running a club that combats depression with doughnuts (and tap dancing, of course), it has delighted some but turned off plenty of others. The O.C.’s Adam Brody is great as pathological liar and wannabe sleaze Charlie, and there’s a very funny subplot about one playboy/operator’s commitment to Catharism’s sex-related loopholes. But ending with a whimsical musical number (and made-up dance craze ‘The Samola’) may be too twee even for hardcore Stillman acolytes. 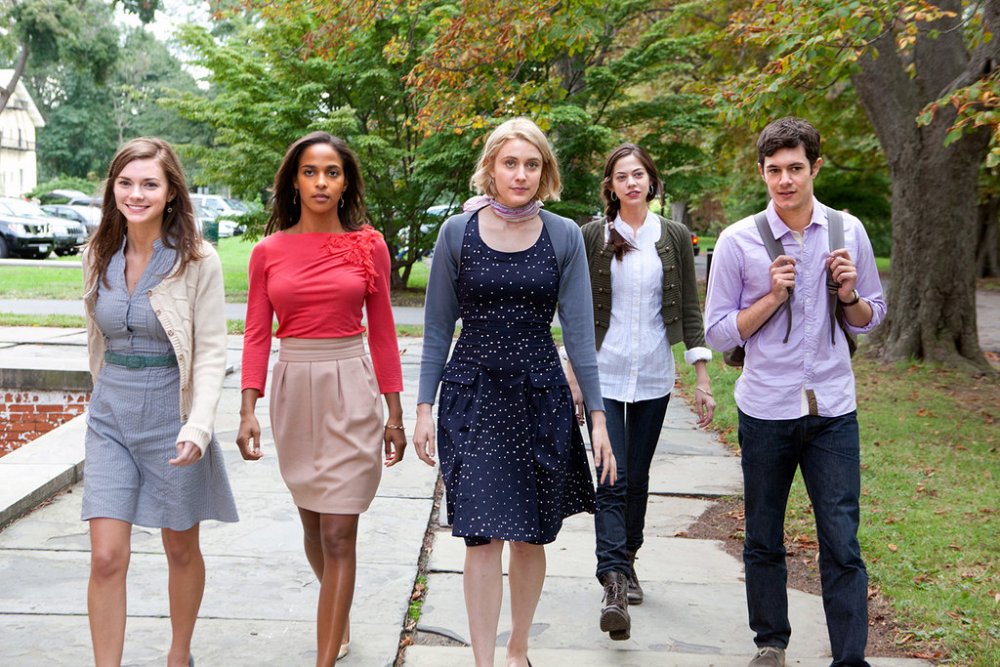 The Cosmopolitans (2015), Stillman’s TV pilot for Amazon (and also starring Adam Brody), is easier going – though it’s not been picked up for a full series. Set in Paris, it’s another tale of American idiots abroad and searching for sophistication along the Seine. However, at a clipped 30 minutes it’s bound to leave the intrigued wanting more.

Related to Where to begin with Whit Stillman