Where to begin with Jia Zhangke 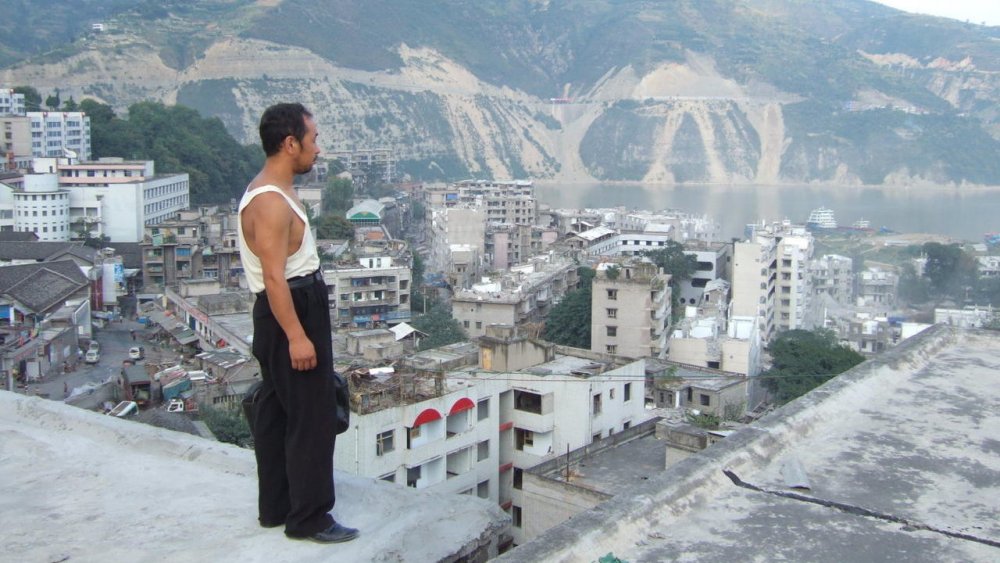 Indefatigably prolific despite the fact that none of his pre-2004 productions received the stamp of approval from China’s notoriously restrictive film bureau, Jia Zhangke has amassed a considerable body of work since making his feature debut with Xiao Wu (1997).

Although he is one of the foremost members of China’s politically contentious ‘sixth generation’, Jia is distinct in that he has largely focused on rural settings as opposed to the modernised cityscapes that fascinate his contemporaries. A prescient commentator on the impact of globalisation on the individual, Jia’s films illustrate the consequences of China’s economic rush at grassroots level with a studied minimalism that expects the viewer to be sufficiently informed in order to appreciate their stinging critique. Given how much China’s social-economic landscape has changed since the late 1990s, becoming immersed in Jia’s work at this juncture may seem like a daunting exercise. 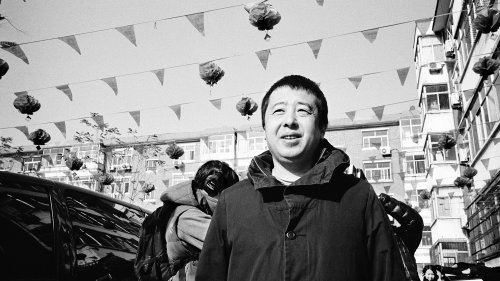 To achieve authenticity, Jia has never relied on star power to provide an easy audience entry point. His protagonists usually exist on the social margins – wayward youths, small-time criminals, or the migrant workers who constitute China’s ‘floating population’, most of whom are portrayed by unknown actors or even non-professionals. Whether his films are set in small towns surrounded by vast open spaces or within the enclosed working environments of factories or theme parks, Jia’s compositions have a claustrophobic, even alienating quality – Unknown Pleasures (2002) begins with a motorcycle ride, but the use of a sustained fixed frame tracking shot leads to a sense of containment. The director’s exploration of peripheral spaces, particularly those of his home province of Shanxi, is the subject of Walter Salles’s documentary portrait Jia Zhangke, a Guy from Fenyang (2015).

While he has become known for his rigorous visual style, Jia is constantly challenging and reinventing himself within a specific aesthetic framework. If his early works marked him out as a ‘realist’, then The World (2004) and Still Life (2006) exhibited surrealistic tendencies, while 24 City (2008) moved towards fact/fiction hybridity. More recently, Jia has tackled the ‘true crime’ genre with the propulsive A Touch of Sin (2013) and attempted a full-blown emotional epic in the form of Mountains May Depart (2015). 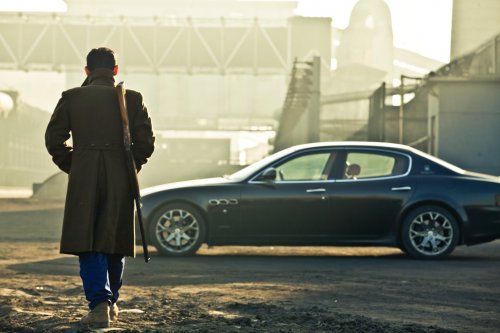 There’s also an intertextual element to Jia’s work – the title character from Xiao Wu (Wang Hong Wei) turns up in Unknown Pleasures to obtain copies of Jia’s earlier films from bootleg DVD seller Bin Bin (Zhao Wei Wei) – and he has toyed with his serious public persona by casting himself as a cigar-smoking brothel patron in A Touch of Sin. Although often defined by his social conscience, Jia is in fact a multi-faceted filmmaker whose creative instincts move as quickly as the transformative society that he is so dedicated to chronicling.

Unlike some of his contemporaries (He Jianjun, Lou Ye, Zhang Yuan), Jia has received consistent international distribution, with most of his films now available on UK DVD. The best place to start, though, is Still Life, in which the personal quests of migrant laborer Han Sanming (Han Sanming) and middle-class nurse Shen Hong (Tao) are told against the backdrop of the Three Gorges Dam project. This controversial hydropower scheme was not only environmentally hazardous but also entailed the displacement of more than 1.2 million people, a situation that Jia’s camera surveys as Sanming and Shen Hong search for former partners in a town that is about to be flooded.

The reconfiguration of the surrounding landscape serves as a metaphor for Chinese society as the old is demolished and even submerged to make way for the new. Amid all the rupture, Sanming provides the film with a solid, earthy centre with his unwavering belief in traditional values in the face of seismic change, as suggested by the film’s chapter titles of ‘Cigarettes’, ‘Liquor,’ ‘Tea’ and ‘Candy’, which refer to time-honoured items for social integration in Chinese culture.

Alternatively, newcomers could begin with The World, which also utilises an overarching metaphor to make points about globalisation, notably its capacity for cultural homogenisation and the dehumanising nature of its demands on low-level workers. Shooting inside Beijing World Park – a leisure facility that consists of miniature versions of the world’s most famous landmarks – Jia adopts this tourist attraction as a social microcosm where multiple layers of reality often result in a gaudily satirical collage. 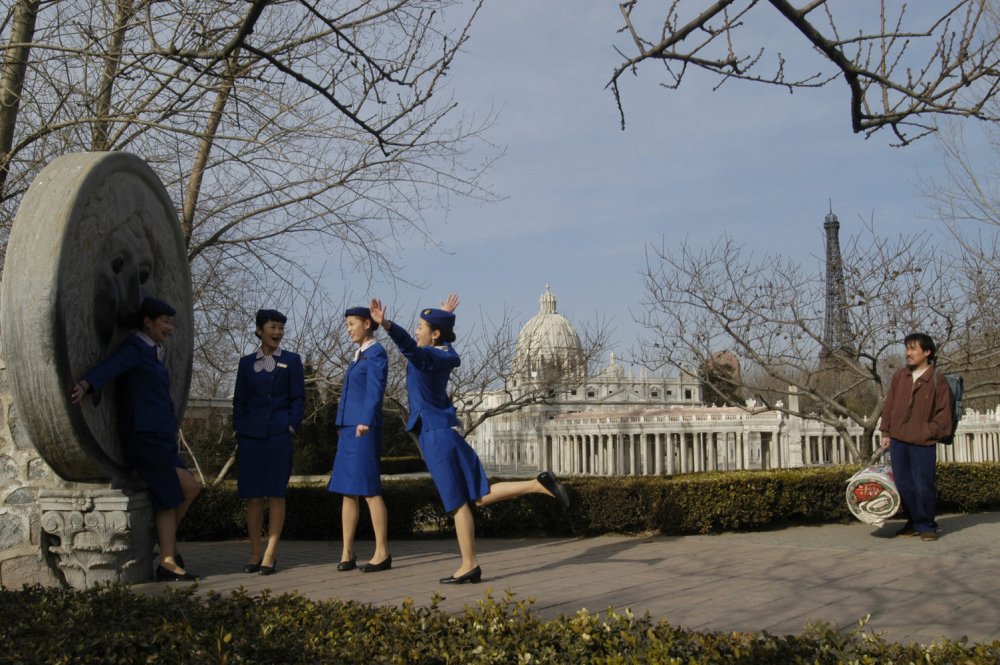 Backtrack to the emergence of Jia’s fierce discontent with his Shanxi-set trilogy of Xiao Wu, Platform (2000) and Unknown Pleasures, which also charts his aesthetic journey from neorealist to digital pioneer.

Xiao Wu details the routine of a pickpocket who has already fallen out of step with society at the start of the globalisation process. Platform follows the fortunes of members of a theatre troupe and introduced Jia to his muse, the actor Zhao Tao, whose impromptu dance to a pop song playing on the radio is just one of the film’s many naturalistic moments of self-expression. Unknown Pleasures is a nihilistic portrait of small-town teenage life that shows the impact of American popular culture on China’s impressionable youth and found Jia embracing the digital video format after experimenting with the technology for his short In Public (2001).

Next, see the meditative 24 City (2008), which presents a series of recollections related to the site of a former manufacturing facility in Chengdu that is being transformed into a luxury apartment complex, or the searing multi-stranded crime compendium A Touch of Sin. With their respective moods of nostalgic longing for an idealised proletarian past and unbridled rage at the widespread corruption of the present, these films further demonstrate the versatility of Jia’s style. 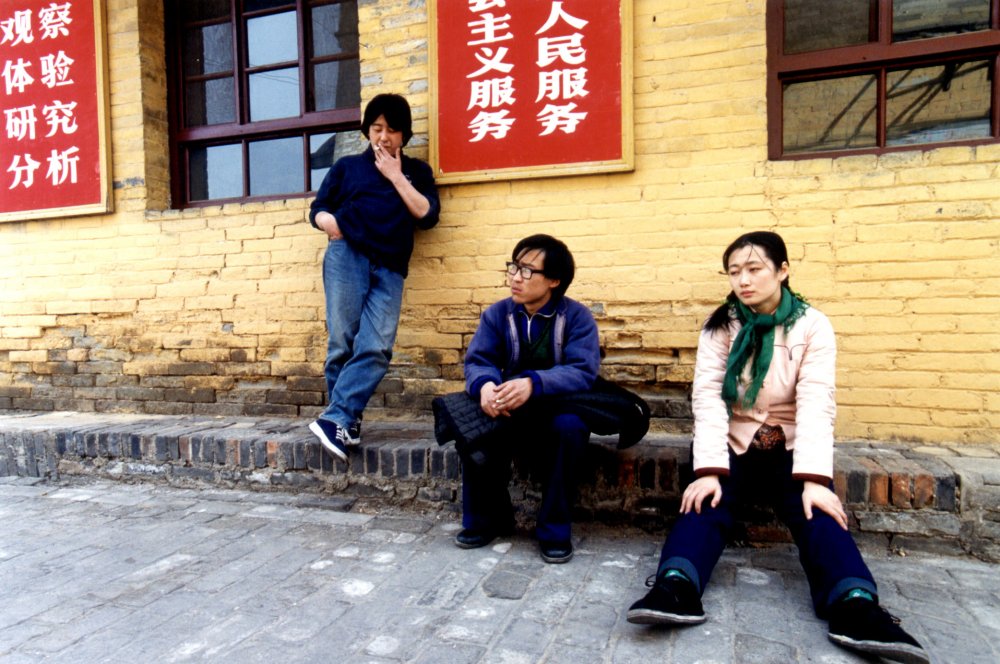 Much of Jia’s cinema thrives on his documentary-style aesthetic but response to his more straightforward non-fiction pieces has so far been comparatively muted.

Dong (2006) is a companion piece to Still Life that finds Jia visiting artist Liu Xiaodong on the banks of the Three Gorges Dam, where he paints the shirtless male workers; the filmmaker then accompanies Liu to Bangkok where sex workers become his subjects. Useless (2007) is something of an essay film about the fashion industry, which contrasts modern and traditional methods of garment production yet shows how textile workers at both ends of the market are increasingly exploited. I Wish I Knew (2010) was commissioned for the 2010 World Expo in Shanghai and looks at the changing face of the city from the mid-1800s to the present day. Somewhat unfocused, it finds Jia at a crossroads with a mixture of recollections from Shanghainese citizens, film industry history, symbols of the city’s global status, all linked by footage of Zhao Tao wandering its streets.

These documentaries are best viewed later to enrich one’s appreciation of how Jia not only assembles associative images but also arrives at the vital connections that make his messages so pointed.

Related to Where to begin with Jia Zhangke