Where to begin with Jerzy Skolimowski

Your next obsession: the strange and wonderful films of Jerzy Skolimowski. 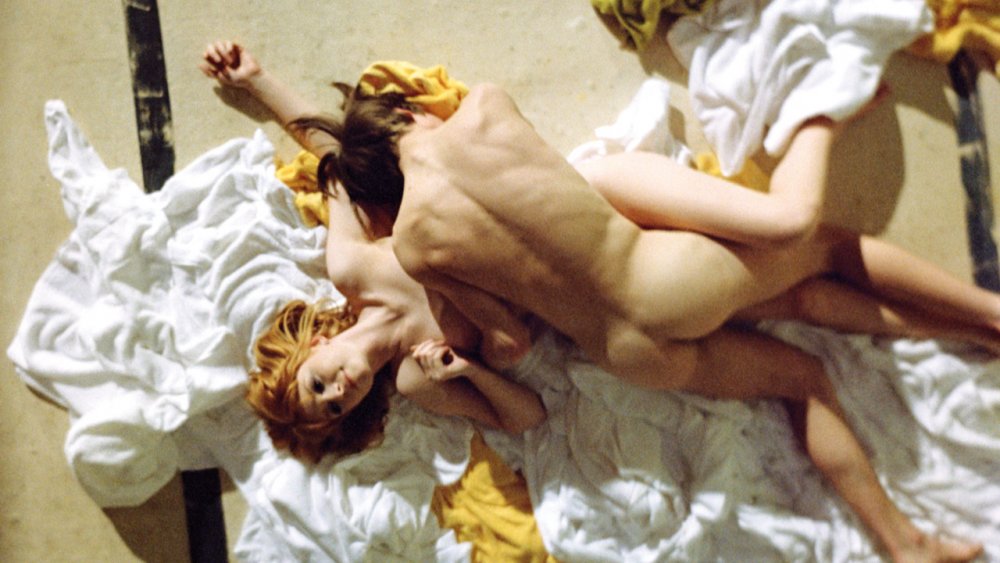 Has any filmmaker had a career as flat-out peculiar as Jerzy Skolimowski? After growing up in Lodz and Prague (where his mother was Poland’s cultural attaché and his classmates included future Czech cinema giants Miloš Forman and Ivan Passer), he emerged as a poet, playwright and boxer before graduating to cinema in his early 20s as the protégé of Andrzej Wajda (Innocent Sorcerers, 1960) and Roman Polanski (Knife in the Water, 1962).

The film bug having bitten, he enrolled at the Łódź Film School, emerging with a completed debut feature (Identification Marks: None) in 1964 thanks to the cunning expedient of pre-planning his student exercises so that they’d cut together coherently, playing the lead not out of egomania but in order to guarantee his availability. 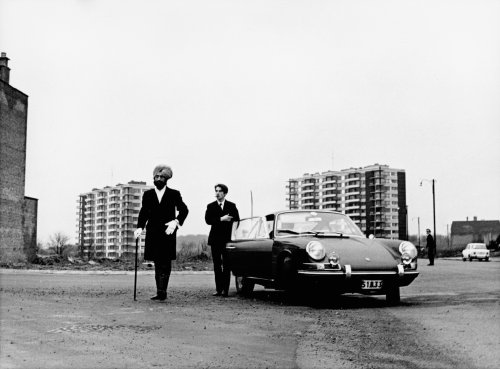 As that anecdote reveals, Skolimowski is nothing if not resourceful, and he’d display this time and again in his work. After a brilliant quartet of Polish films (briefly interrupted by a French detour in 1967’s Le Départ) that established him as virtually a one-man Polish new wave, censorship difficulties over the overtly political Hands Up! (1967) led to a lengthy period of exile.

Initially this was in Britain, where he made six films, including three of his best: Deep End (1970), The Shout (1978) and Moonlighting (1982). The last of these was made at astonishing speed: inspired by the declaration of martial law in Poland in December 1981, it was ready for a Cannes premiere by May 1982. After losing his house over the failure of Success Is the Best Revenge (1984), he decamped to the US, where he worked as a director (The Lightship, 1985), actor (White Nights, 1985; Mars Attacks!, 1996) and, increasingly, a painter, abandoning celluloid for canvas altogether for 17 years (1991-2008).

He returned to filmmaking with the Polish psychological drama Four Nights with Anna (2008), which appealed to him because all the locations were a short drive from his house. He wrote the first draft of Essential Killing (2011) anticipating a similar arrangement, but in the event it was shot in various countries including Israel and Norway, the better to achieve an extreme contrast between the sun-bleached native environment of Vincent Gallo’s silent Afghan protagonist and the depths of winter that he has to negotiate after fleeing his US captors. 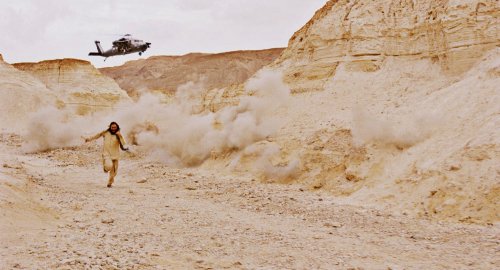 Most recently he showed that his intuitive mastery of the medium remained as keenly honed as ever with 11 Minutes (2015), an essay in chance and coincidence in which half a dozen mostly separate narratives all happening in the same 11-minute timeframe suddenly converge to devastating effect at the spectacular climax. It seemed comfortably the most vibrantly youthful film at last year’s annual Polish Film Festival in Gdynia (and duly won the Special Jury Prize for “the most original artistic concept”), even though its creator was several decades older than his fellow competitors.

The best place to start – The Shout

Barrier, Deep End and Moonlighting are all strong front runners, but this eerie adaptation of Robert Graves’s story may be his most perfectly achieved film. Despite the outwardly familiar ‘Englishness’ of the setting – The Shout even opens with a cricket match featuring a then unknown Jim Broadbent – something seems constantly off-kilter. The film is crammed with naggingly unsettling details, such as a chicken trophy that’s half-stuffed, half-skeletal, mounted above a selection of Francis Bacon prints in the studio of Anthony Fielding (John Hurt), an electronic music composer who achieves his ‘natural’ effects by trapping bees in glass jars. And he’s not even the strange one. 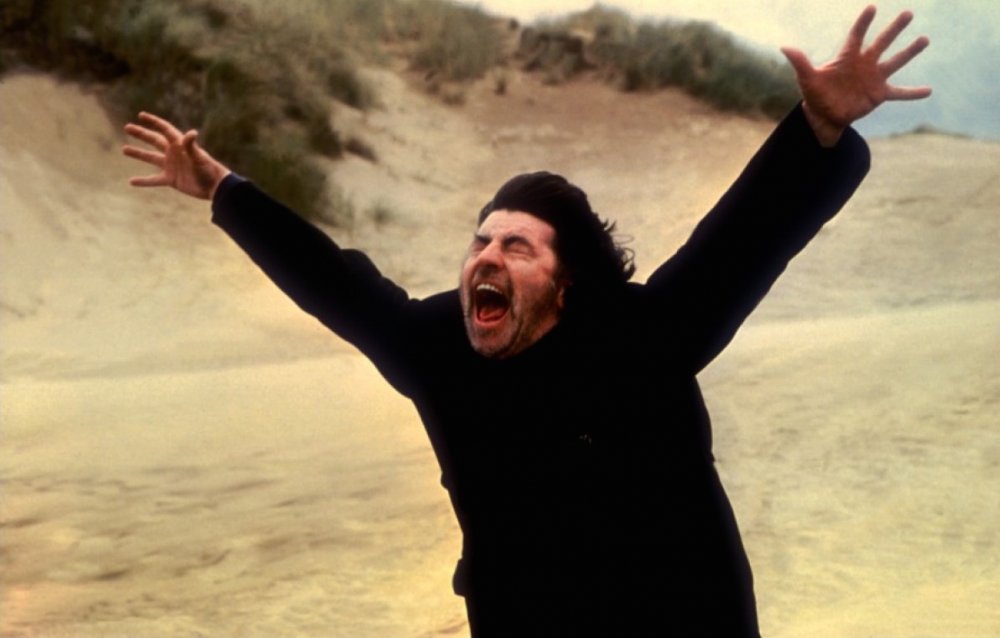 That dubious honour is bestowed on Charles Crossley (Alan Bates), a man who claims to have mastered a shamanic shout that can kill every living creature within its range. Needless to say, this is soon put to the test, courtesy of one of the cinema’s first truly creative demonstrations of the then relatively new Dolby Stereo process. 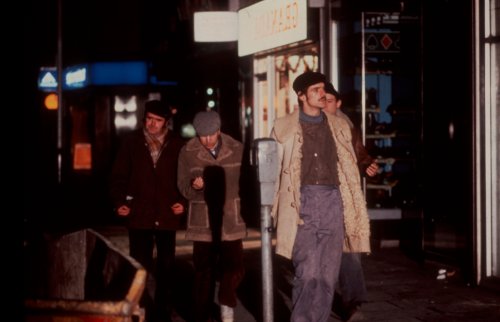 Sticking with the British films, both Deep End and Moonlighting are masterpieces, but for very different reasons. The first is a heartbreaking study of adolescent loneliness, with John Moulder-Brown’s lovelorn swimming-pool attendant lusting helplessly after Jane Asher’s only slightly older but clearly unattainable red-headed colleague – but although the ending could hardly be bleaker, there are deliciously witty touches along the way, especially cameos by Diana Dors and Burt Kwouk.

Nowak (Jeremy Irons), the protagonist of Moonlighting, is equally alienated, but here the psychological pressures are to do with privileged information – he’s the only member of a quartet of Polish workmen who knows that martial law has been declared back home, and withholds this from them so that they can get the job finished.

The early quartet – Identification Marks: None, Walkover (1965), Barrier (1966) and Hands Up! – is unmatched anywhere else in Polish cinema for its cinematic and verbal fireworks.  Skolimowski himself played the anti-hero lead in all but Barrier (which has a cheeky ‘cameo’ in the form of his face on a poster, at one point nudgingly wrapped around the protagonist’s head), although the latter may well be his greatest film. Wildly original from first frame to last, it’s a series of symbolic variations on Skolimowski’s regular motifs – specifically the clash between the younger generation and the values of the past. It desperately needs a subtitle translation that does justice to what many Poles swear is one of the most dazzling screenplays ever penned in their native language. 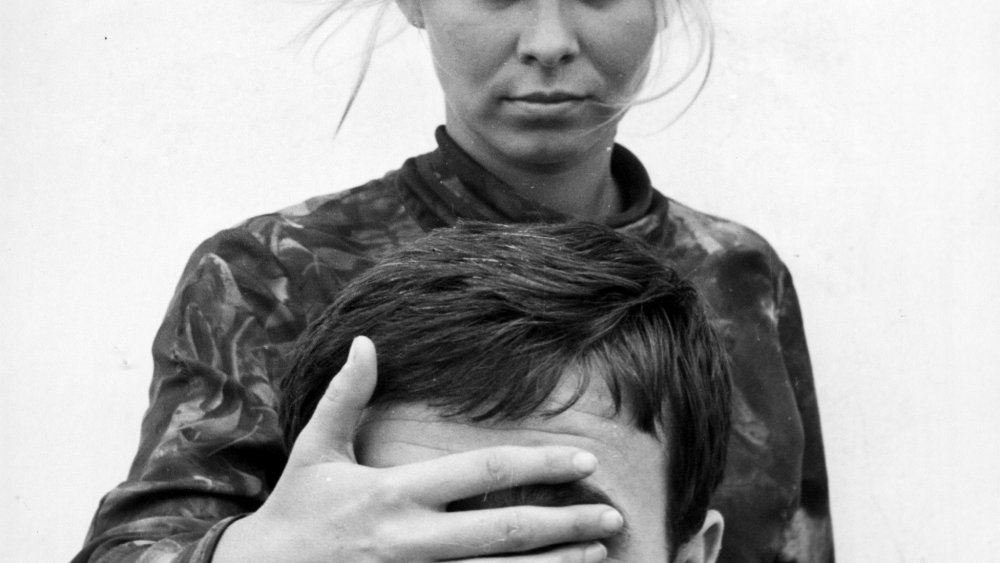 And then there’s a random grab-bag of Le Départ, The Lightship, Four Nights with Anna and Essential Killing, all of which display Skolimowski’s vestigial empathy with persecuted underdogs, even if, in the case of Four Nights with Anna, said underdog’s idea of cathartic atonement is to sneak repeatedly into an innocent woman’s bedroom as she sleeps.

Skolimowski has said on many occasions that he regards The Adventures of Gerard (1970), King Queen Knave (1972) and Torrents of Spring (1989) as his worst films, and the barely-seen Witold Gombrowicz adaptation Thirty-Door Key (1991) as an artistic misfire that triggered a 17-year break from directing films – although it might be worth rediscovering now that Andrzej Żuławski has just produced his own Gombrowicz adaptation in his final film Cosmos (2015). 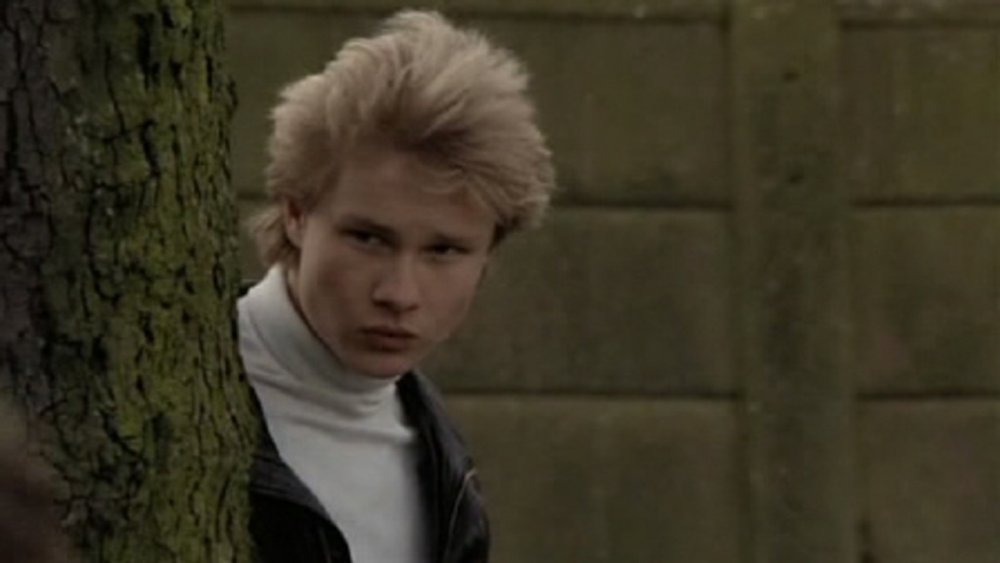 Of the films that turned out as Skolimowski intended, the one that’s emphatically not for beginners is Success Is the Best Revenge (1984). Like Moonlighting, it’s a response to the early 1980s Polish political situation seen from a London vantage point, this time through the eyes of an acclaimed Polish theatre director (Michael York) facing a creative, cultural and financial crisis of confidence against the backdrop of an increasingly complex relationship with his son (played by Skolimowski’s own son Michał, as ‘Michael Lyndon’). It’s a return to the freewheeling style of his 1960s films, crammed with in-jokes for Skolimowski’s compatriots (the sleazy character played by John Hurt has a surname that’s a dead ringer for one of the rudest words in the Polish language), and often exhilarating for existing fans – but first-timers will most likely run a mile and avoid all Skolimowski films thereafter. Which would be a crying shame.

Related to Where to begin with Jerzy Skolimowski