Where to begin with the Coen brothers

Your next obsession: the inspired, magpie movies of Joel and Ethan Coen. 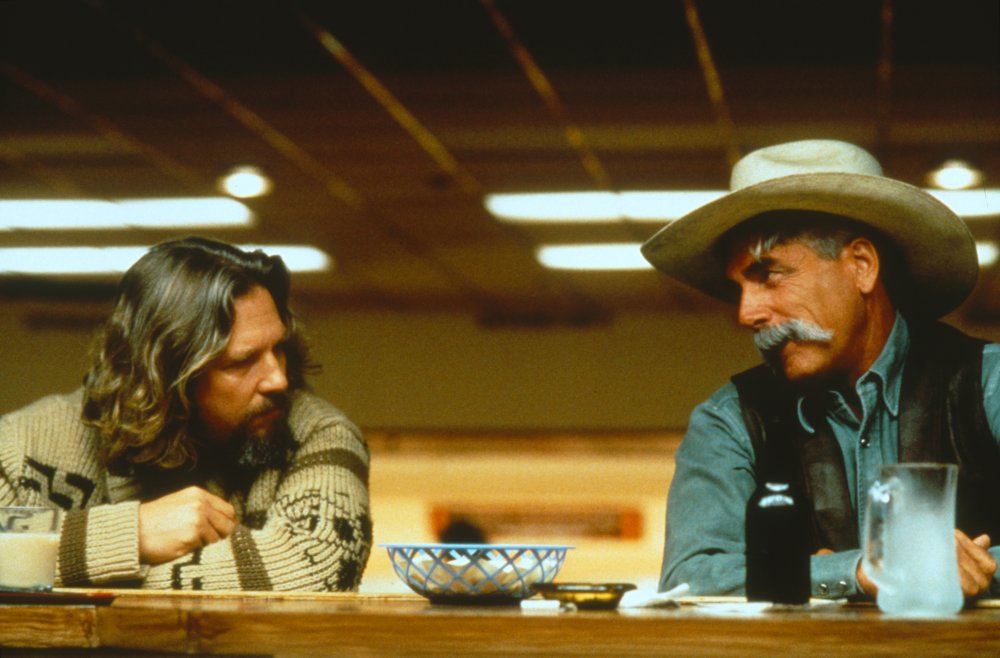 How does one pin down the real Joel and Ethan Coen from so mercurial a 30-plus-year track record? Within the frenetic slapstick of Raising Arizona or The Hudsucker Proxy? Or the slow-burn spiritual angst of The Man Who Wasn’t There or A Serious Man? In thrillers as deceptively folksy as Fargo or as thrumming with existential dread as No Country for Old Men? Through narratives as shaggy as California stoner odyssey The Big Lebowski or as tightly-wound as 30s gangster epic Miller’s Crossing? Do they see Hollywood as the malevolent nightmare of Barton Fink or the ditzy dream factory of their latest, Hail, Caesar!? To paraphrase another of their titles (itself pilfered from the movie-within-a-movie of Preston Sturges’ Sullivan’s Travels), o brothers, where art thou? 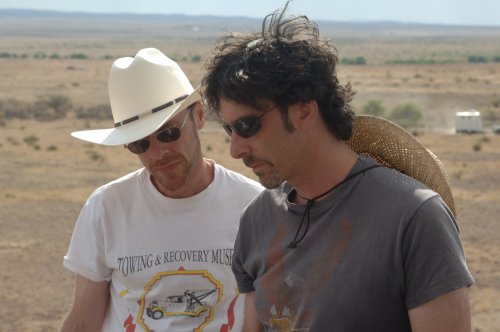 And yet, for all their magpie-like, cine-literate genre-bending, in a career that’s seen them evolve from cult indie filmmakers to multiple Oscar-winners, the Coens remain instantly recognisable as defiantly sui generis creative forces. The glut of recent features ranking their films offers at least half a dozen viable candidates for their best, each invoked with fervent passion and persuasive rationales. Such unrivalled consistency evidently delights devotees but can make things pleasantly tricky for newcomers.

That said, several clear tropes exist across their filmography: a blackly comic chronicling of recent US history, usually from the perspective of marginal small-time criminals and short-sighted losers asleep to the American Dream; evocative wordplay worthy of Sturges or Billy Wilder; and repeatedly drawing career-best work from regular collaborators, both cast (John Turturro, John Goodman, Frances McDormand) and crew (notably British cinematographer Roger Deakins). “We’re very thankful to all of you out there for continuing to let us play in our corner of the sandbox,” remarked Joel Coen on winning 2008’s best director Academy Award. For all their often deeply philosophical underpinnings, approaching the Coens in just such an open manner is the key to appreciating their unique body of work.

The best place to start – Fargo 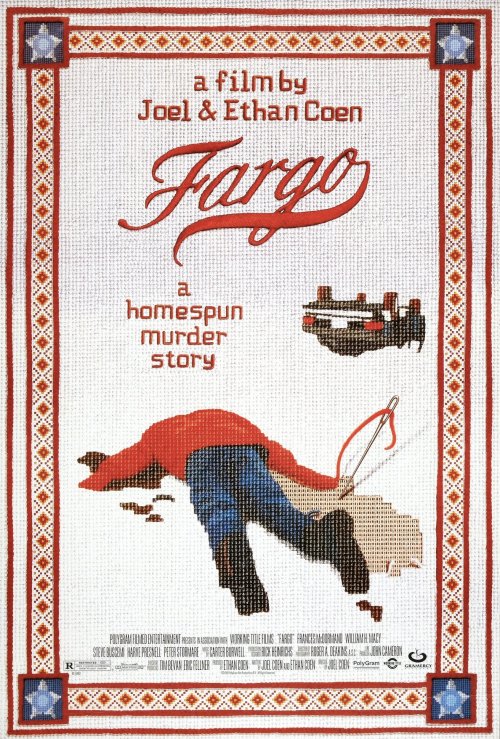 There’s an argument that the Coens’ first five films – from 1984’s neo-noir Blood Simple to, yes, I’d contend massively underrated madcap pastiche The Hudsucker Proxy (1994), are all stone-cold classics. But none blend offbeat comedy and a bleaker, more despairing probing of human nature better than their then-biggest mainstream breakthrough, 1996’s Fargo. Like Blood Simple it’s a small-scale tale of bloody crime gone awry, with desperate, debt-ridden car salesman Jerry Lundegaard’s (William H. Macy) plan for two lowlifes to kidnap his wife and force his wealthy father-in-law to pay the ransom. But setting the story amid their snowbound home state of Minnesota and its denizens’ eccentric, Scandinavian-derived accents makes for something deeply idiosyncratic and original. And Frances McDormand’s pregnant, whip-smart police chief Marge Gunderson is one of the great, original modern movie characters, a steadfast buffer of down-to-earth decency in an often chaotic, brutal universe.

From Fargo one can then branch back for a tone either lighter – the buoyantly warm, hyperkinetic, baby-kidnapping farce Raising Arizona (1987) (still, for me, their finest out-and-out comedy); or the pitch black humour/horror of Cannes Palme d’Or winner Barton Fink (1991), with John Turturro as a solipsistic Broadway playwright lured to Hollywood and trapped in a densely allusive, psychological puzzle box.

Then there’s the labyrinthine Miller’s Crossing (1990), a simultaneous deconstruction and reinvigoration of Prohibition-era mob movies, whose hard-boiled dialogue and virtuoso set pieces barely conceal a heartrending look at the emotional cost of tough guys betraying “friendship, character, ethics”. For some fans, including this one, it’s still their early-period masterpiece.

On its release, Fargo’s follow-up The Big Lebowski (1998) was a flop. Today it’s arguably the biggest cult film of the past two decades (complete with its own movable annual film festival), as Jeff Bridges’ laidback hippie ‘The Dude’ reluctantly embarks on one of the most rambling private eye cases in screen history. For all its wonderfully quotable dialogue, flamboyant characters and genial air, perhaps the film is even a touch overrated now, but, like, that’s just my opinion, man. 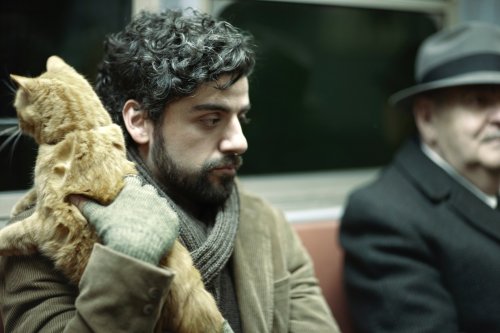 Strangely, for all their wickedly acerbic wit, the Coens’ later, broader comedies, notably strained screwball homage Intolerable Cruelty (2003) and the ill-advised remake of The Ladykillers (2004), are widely considered their least successful efforts. Even inventive chain-gang picaresque O Brother, Where Art Thou? (2000) and the wall-to-wall idiots of pseudo-espionage spoof Burn after Reading (2008) are less cherished than most. It’s a great idea (and typical Coen perversity) to repeatedly turn smooth heartthrob George Clooney into a gormless clown, but the actor hasn’t inspired their best work. 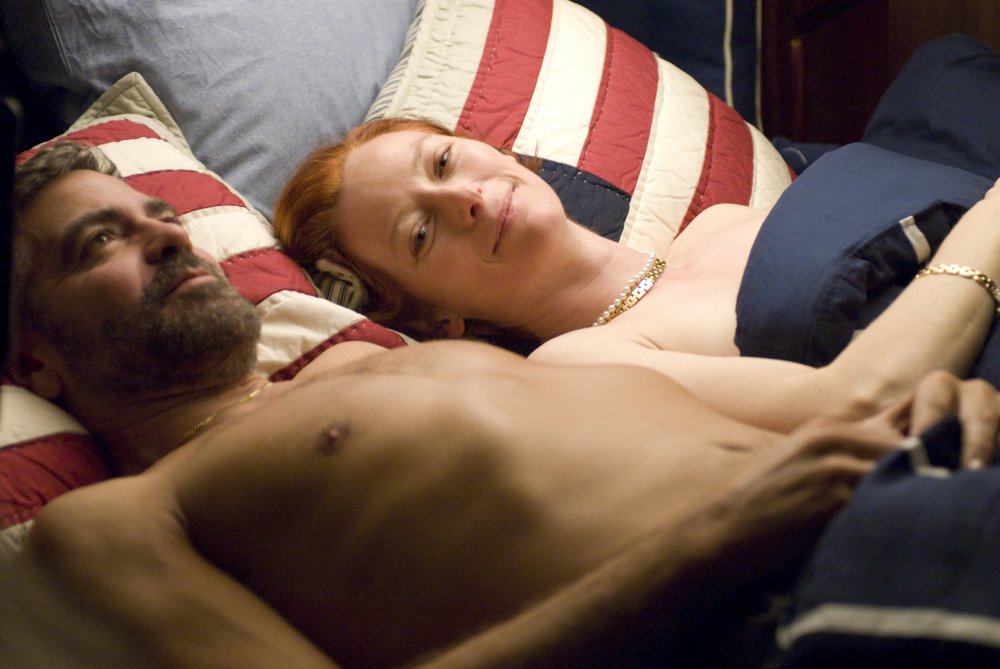 In fact, the brothers have always evaded and downplayed ‘significance’ to any of their films. Look closely, however, and beyond the self-evident technical mastery, or criticism that the Coens often stand back and scorn their hapless creations, there’s a deeply felt and considered examination of human nature – true, largely its foibles and failures – at play, rendered even more powerful by their refusal to indulge in obvious sentiment. That so many of their films have still become so critically acclaimed and beloved by audiences is what ranks the Coens among the greatest modern filmmakers. Though they often kid otherwise, these are serious artists.